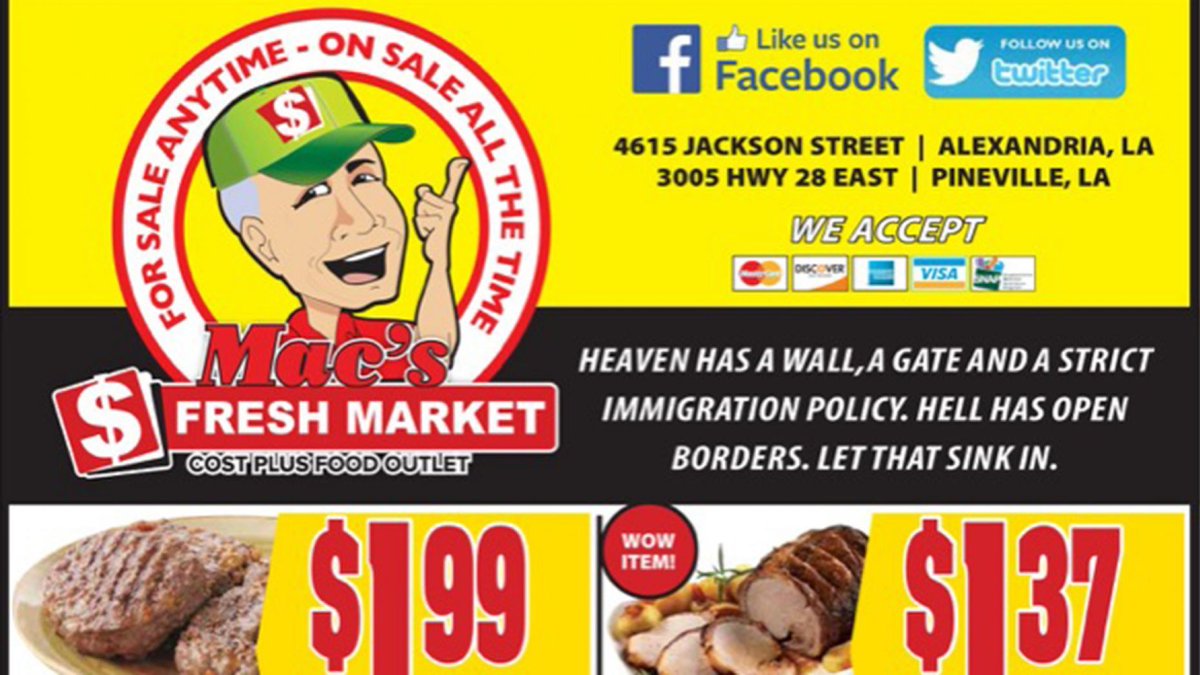 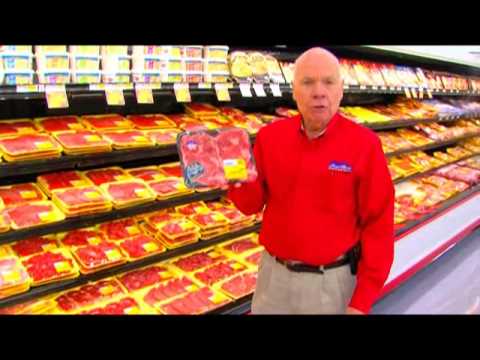 BY ADAN SALAZAR
SEE: https://www.infowars.com/grocery-store-triggers-libs-with-christian-pro-wall-message-in-ad-mailer/; republished below in full unedited for informational, educational and research purposes:
Liberals in Louisiana are up in arms over a local grocery store ad mailer containing a religious message promoting President Trump’s wall.


“Heaven has a wall, a gate and a strict immigration policy. Hell has open borders. Let that sink in,” the ad from Mac’s Fresh Market reads.
The store’s owner Reggy McDaniel says the message is not only a commentary on the current immigration debate, but also a reflection of his Christian beliefs.
“That’s my meaning of the whole thing is are people prepared to go to heaven or are they not,” McDaniel told KALB.
“I thought it was a perfect time because everybody is talking about the border, some people want it, some don’t want us to have one. The only thing I was shocked about was that it’s racist. I have never in my life been accused of being a racist. I’m 70 years old I haven’t evolved into one.”
While Mac’s regularly features messages on its mailers, this one appears to have struck a nerve with liberals after it went viral on social media.
“How about we build a wall around your store?” one person commented on Facebook.
“Wow what a horrible message,” another person said.
“I’ll no longer shop in your store,” added another triggered liberal.
“Ad is very disrespectful and pure hateful will no longer spend money on any of your products!” yet another person commented.
But others supported McDaniel’s right to religious freedom and free speech.
“I commend you good sir on your find display of Christian values. Well done,” one supporter commented.
“Wished you were by me. You’d have my business for sure,” another said.
“It’s his opinion, people shouldn’t judge him by what he has to say, it’s freedom of speech,” a Louisiana resident told KALB. “I like Mac’s, they are a great store.”
“Absolutely agree and support you 100%,” a veteran wrote on Facebook. “How can folks be mad at this? The Bible does say there is a gate and wall. And while my service in the Army for 21 years help protect everyone’s right to freedom of speech it meant ‘everyone’s!’ Great job. Love the message. Spot on!!!”
“I don’t think it’s a big deal, people believe in what they believe in,” a Ferriday resident commented.
McDaniel admits his message conflated religion with politics, but says he won’t buckle to pressure from triggered liberals who are calling the mailer “racist.”
“If I used a political message and I’m very aware it’s political, to highlight Jesus Christ, then I’m guilty of it,” said McDaniel.
“I appreciate them shopping with me, but this is America they have the privilege of shopping where they want to,” McDaniel said. “All I can do is tell them my case if they want to describe me in some kind of way that I am someone who is not worthy to shop with, I’d be shocked.”
Despite the outcry, McDaniel vows to continue inserting messages into his ads.