TURKISH CALIPHATE & NATO DICTATOR ERDOGAN LAUDS KORANIC HARSHNESS TOWARD NON-MUSLIMS URGING KORANIC CONQUEST
BY ANDREW BOSTOM
SEE: https://cms.frontpagemag.com/fpm/2019/10/erdogan-lauds-koranic-harshness-toward-non-muslims-andrew-bostom; republished below in full unedited for informational, educational and research purposes:
Notwithstanding any limited “support” Turkey may (or may not) have provided the successful U.S. raid which liquidated ISIS’s al-Baghdadi, Turkish President Erdogan made some revealing, indeed pathognomonic remarks, during last Friday’s (10/25/19) prayers in Istanbul’s Great Camlica Mosque.
A Turkish writer in exile who is a very fluent, gifted Turkish to English translator, translated (below) the triumphal report by Yeni Akit, an outlet enamored of the Turkish President and his traditionalist Islamic political party, the AKP.

On October 25, Turkey’s president Recep Tayyip Erdogan attended the Friday prayers at the Great Çamlıca Mosque in Istanbul. He was accompanied by Istanbul’s governor Ali Yerlikaya, mayor Ekrem İmamoğlu, Istanbul’s chief of police Mustafa Çalışkan and the head of the Istanbul branch of the ruling Justice and Development Party (AKP), Bayram Şenocak.   After the Friday prayers, hafiz İshak Danış recited from the Koran Sura Al-Fath (which means “victory, triumph, conquest” in English, Koran 48:29: “Muhammad is the Messenger of Allah ; and those with him are forceful against the disbelievers, merciful among themselves.” ). Then Erdogan took the microphone, reciting a part of the verse in Arabic and then in Turkish. He told the congregants: “My dear brothers. First of all, I congratulate your holy Friday. The Koranic verses that Danış just recited commands us to be violent towards the kuffar (infidels). Who are we? The ummah [nation] of Mohammed. So [the Koran] also commands us to be merciful to each other. So we will be merciful to each other. And we will be violent to the kuffar. Like in Syria.” Erdogan then went on to refer to another Koranic verse (61:13: “And [you will obtain] another [favor] that you love - victory from Allah and an imminent conquest; and give good tidings to the believers.”)  in Arabic: “Inshallah, God has promised us in Syria (in Turkish): 'Nasrun minallahi ve fethun karib ve beşşiril mu'minin.' [‘Victory from Allah and an imminent conquest; and give good tidings to the believers.’]. We see it is happening right now. With the permission of Allah, we will see it even more. I will meet some presidents of foreign countries at the Dolmabahce Palace today. I ask for your permission now to go there.”

Authoritative Koranic commentaries—classical and modern—as well as canonical hadith, traditions of Islam’s prophet Muhammad, support Erdogan’s hateful and predatory views toward non-Muslims.
The Egyptian polymath al-Suyuti (d. 1505) was recognized as a brilliant jurist, historian, and biographer, among whose many scholarly contributions are about twenty works of Koranic studies, including seminal Koranic commentaries. Suytui’s Tafsir al-Jalalayn (co-written with his mentor al-Mahalli), as the great contemporary Dutch Islamologist Johannes J.G. Jansen (d. 2015) noted in his treatise “The Interpretation of the Koran in Modern Egypt,”  remains one of the most popular as well as the most authoritative Koranic commentaries in Egypt. Maulana Muhammad Shafi (d.1976), was a former grand mufti of India (prior to the August, 1947 partition), and author of Maariful Quran, which remains the best-known Koranic commentary in Urdu, and a major, influential modern interpretation of the Koran. Shafi also wrote more than three hundred books, and in addition to these literary works, broadcasted tafsir of the Koran on Radio Pakistan for a number of years.
Below are the authoritative glosses by al-Suyuti, and Shafi on Koran 48:29, and 61:13, respectively:

(Suyuti; 48:29): “Muhammad is the Messenger of Allah, and those who are with him—his Companions among the believers (Muslims)—are fierce to the unbelievers, and do not show mercy on them, merciful to one another—gentle with one another, and showing mutual love as between parents and their children.”
(Suyuti; 61:13): “And He (Allah) will give you other blessings in the things you love: support from Allah and imminent victory. Give good news to the believers (Muslims)—of victory and conquest.”
(Shafi; 48:29): “The first quality of the Companions mentioned here is that they are hard against the unbelievers, and merciful to one another. It was proven time and again that they were harsh against the unbelievers. They sacrificed all their ethnic and tribal relations for the sake of Islam. This was especially demonstrated on the occasion of Hudaibiyah….In a Hadith, the Holy Prophet has said, ‘He who loves for the sake of Allah and hates for the sake of Allah has attained the highest degree of faith’”
(Shafi; 61:13) “There is one blessing that will be granted right here in this world, which is the Divine help and an imminent victory, that is, conquests of enemy territories….it would include all later Islamic conquests of Arab and non-Arab territories.”

By Islamic consensus, The Royal Aal al-Bayt Institute For Islamic Thought / The Royal Islamic Strategic Studies Centre, Amman, Jordan has defined, and epitomizes, “mainstream Islam.” Each year, this authoritative, mainstream international Islamic organization puts out the “The Muslim 500—The World’s 500 Most Influential Muslims.” The major aims of this mainstream Islamic organization, per its 2007 Charter, are:
Acknowledging his stature in Islamdom, and apropos to the RISSC’s own stated commitment to “traditional, orthodox, ‘moderate’ Islam,” Erdogan is ranked #1—the most influential Muslim—in the 2019 The Muslim 500. Turkish President Erdogan’s rather glowing The Muslim 500 profile, notes,

Erdogan was the Prime Minister of Turkey, for 11 years, winning three consecutive elections with a majority (2002, 2007 and 2011), before becoming Turkey’s first popularly-elected president in August 2014, and then securing a second term in the 2018 election.

Erdogan secured 52.5% of the vote in the 2018 Presidential election (electoral turnout was 86%), and thereby avoided a second round runoff. This was a continuation of his remarkable popularity and success at the ballot box over the past two decades…During his terms, Turkey has seen unprecedented economic growth, constitutional reform, and re-emergence as a global Muslim power.

Thus, not only do Erdogan’s Koranic invocations sanctioning harshness towards non-Muslims and their jihad conquest, comport with their authoritative glosses, the Turkish President himself is revered by the mainstream. Global Muslim Umma.

Posted by John at 3:58 PM Links to this post 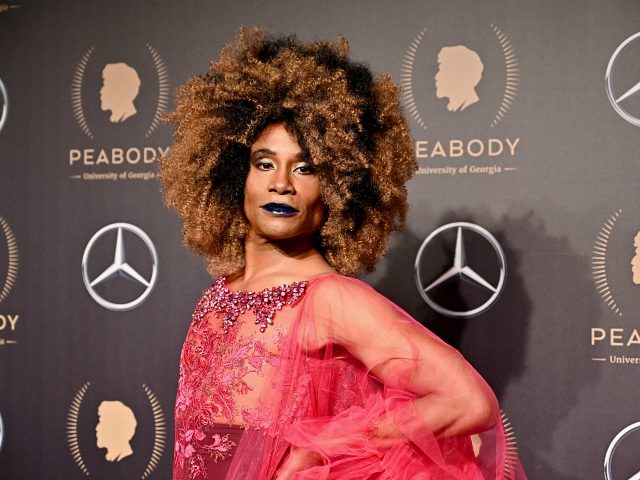 Why it's Wrong to Chemically Castrate Children
LIFESITE NEWS: FULL RULING-IMPORTANT DETAILS OF THE JAMES YOUNGER VERDICT
BY MADELEINE JACOB
SEE: https://www.lifesitenews.com/news/here-are-the-important-details-of-the-james-younger-ruling;
Posted by John at 2:19 PM Links to this post