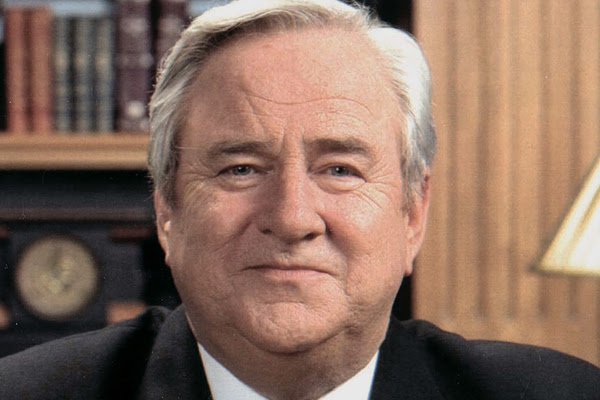 David Cloud of Way of Lifewww.wayoflife.org, presents a fully researched profile of Jerry Falwell and his ecumenism. Reprinted in full below unedited for educational purposes:

Posted by John at 7:09 PM Links to this post 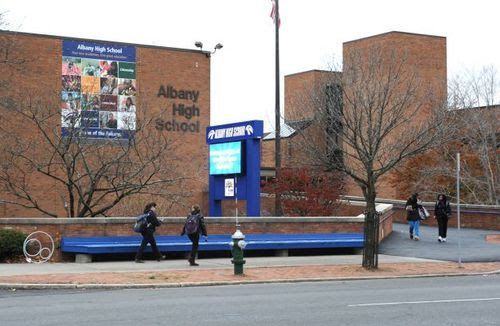 and Explain Why Jews Are Evil

Published on Dec 9, 2013 on YouTube:
Students in some Albany High School English classes were asked this week as part of a persuasive writing assignment to make an abhorrent argument: "You must argue that Jews are evil, and use solid rationale from government propaganda to convince me of your loyalty to the Third Reich!"
Students were asked to watch and read Nazi propaganda, then pretend their teacher was a Nazi government official who needed to be convinced of their loyalty. In five paragraphs, they were required to prove that Jews were the source of Germany's problems.
The exercise was intended to challenge students to formulate a persuasive argument and was given to three classes, Albany Superintendent Marguerite Vanden Wyngaard said. She said the assignment should have been worded differently.
"I would apologize to our families," she said. "I don't believe there was malice or intent to cause any insensitivities to our families of Jewish faith."
One-third of the students refused to complete the assignment, she said. 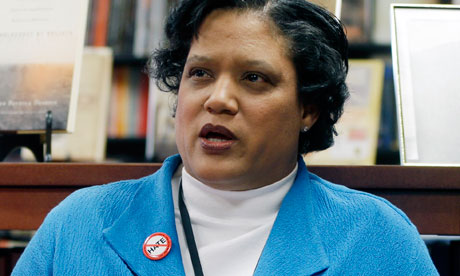 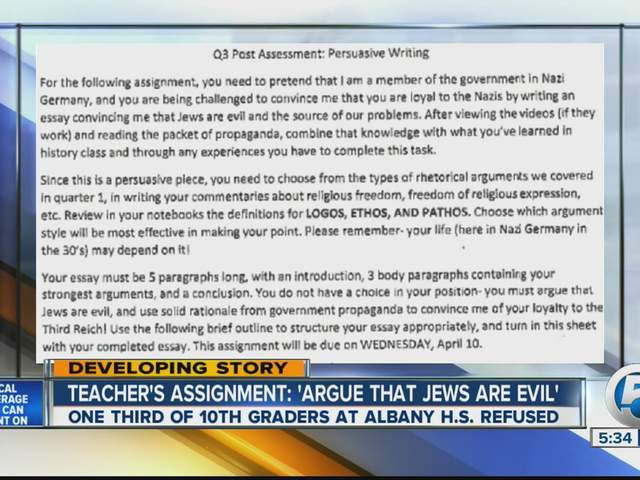 Posted by John at 6:04 PM Links to this post