Published on Nov 26, 2014
The Rev. Rick Warren outlines an ecumenical vision for Catholics and Protestants to work together to defend the sanctity of life, sex and marriage.

John Piper, Rick Warren and the

Posted by John at 5:44 PM Links to this post

Posted by John at 3:35 PM Links to this post

FERGUSON, MISSOURI BURNED & LOOTED AGAIN~OBAMA GIVES IMPETUS TO STAGED CHAOS WITH GOAL OF EITHER CIVIL WAR OR MARTIAL LAW OR BOTH

OBAMA BEHIND IT ALL

At the Same Time He's Behind the

Build Up of Militarized Police Forces:


Ferguson: Grand Jury Does Not Indict

SEE: http://www.thenewamerican.com/usnews/crime/item/19601-ferguson-grand-jury-does-not-indict-officer-wilson-in-brown-case;
EXCERPT:
"The Ferguson grand jury turned down all five potential charges brought against Ferguson police officer Darren Wilson (shown), with none of them being persuasive enough to garner the nine votes necessary to indict him from the 12-member grand jury.
St. Louis County Prosecutor Robert McCulloch, heavily criticized for having close ties to law enforcement and therefore allegedly biased in favor of Wilson, announced the decision Monday night in a carefully crafted 20-minute statement designed to defuse nearly all of the potential charges that might be brought against his handling of the grand jury investigation. In the question-and-answer period following his presentation, it was clear that reporters who had already prejudged the verdict had been disarmed by McCulloch’s remarks.
Even President Obama, weighing in immediately following the verdict’s announcement, was hard-pressed to do much more than claim that the troubles in Ferguson were symptomatic of racial discrimination under the law elsewhere in the country and “that more needs to be done” as a result."
_____________________________________________________________________


Ferguson Decision Plunges City Into Flames; What Happens When The Government Investigates Itself

Evidence May Be Hidden:

Epic Riot Footage From Inside The Battle of Ferguson

DID OBAMA ORDER NATIONAL GUARD TO STAND DOWN DURING FERGUSON RIOTS? -http://www.infowars.com/did-obama-ord...

of National Guard in Ferguson: 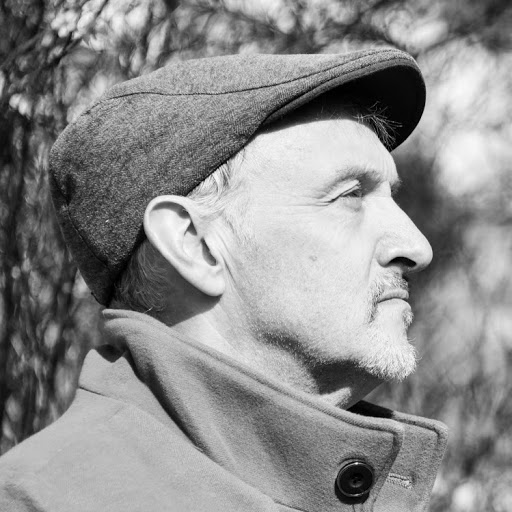 Looking for Gold Nuggets in a Manure Pile

FROM DAVID CLOUD'S WAY OF LIFE AT: http://www.wayoflife.org/index_files/looking_for_gold_nuggets.html
Republished below in full unedited for informational, educational, and research purposes:

A couple of years ago, a music leader who has been involved with the Wilds Music Conference shared the following thoughts with me. I have since come to see that this is rapidly becoming the consensus within independent Baptist circles. He said: “When it comes to CCM (Contemporary Christian Music) and CWM (Contemporary Worship Music), I am not and never have been an ‘absolute separatist.’ ... I hold out hope that even a pony can find a gold nugget in a pile of manure, as the earthy saying goes! Translated: If a CWM artist ‘accidentally’ writes a song that has theologically solid lyrics and a timeless melody that reminds one of the great Scotch-Irish-Welsh tune tradition that has informed our own favorite hymns, and that song is re-arranged appropriately to remove any hint of pop/rock beats and stylings, I am not 100% opposed to its use. ... I also understand there is another view of my analogy here, that some would rather not have to dip their hands into that manure pile looking just for the few nuggets! ... We choose our songs very carefully.”He mentioned the Gettys as an example of those he borrows from.BRO. CLOUD’S REPLY The gold in question is not that valuable, and the manure is very dirty; it is tainted with deadly poison, and those who are defiled thereby are rarely ever cleansed. Few men better understand the ecumenical-charismatic movement represented by the contemporary worship artists than I do, because of my unique background and 40 years of experience and research; and with the utmost passion I can muster, I would warn that the danger of adapting contemporary worship music far outweighs the benefit.Look at the future. Look at the potential fruit. Look at the next generation. Can you be sure that the young people in your churches will not be influenced by the “easy going,” judge not philosophy and the radical ecumenical thinking of even the most conservative of contemporary worship musicians, including the Gettys? Won’t many of them be more careless than you in their selection of songs? I know many independent Baptists who are ignorantly singing contemporary songs with a charismatic message, such as “Oceans (Where Feet May Fail)” by Hillsong United and “Word of God Speak” by MercyMe.
Won’t some doubtless “get in touch” with these people via the web and through that association be influenced away from a “staunch biblicist” stance? Won’t the young people in the “adapting” churches fall in love with the “real” thing: the full-blown rock & roll that the contemporary artists love? In fact, this is exactly what is happening everywhere. We have documented how that some prominent young members of the music department at Lancaster Baptist Church in Lancaster, California, are moving into full-blown contemporary Christian music. (See “The Next Generation Rocking at Lancaster,” www.wayoflife.org)A student at West Coast Baptist College wrote to me recently and shared the following testimony:“I’ve been raised in conservative, traditional, hymn-playing music. There’s obvious signs of contemporary movements among the student body and even organized services. In the dorms, they only sing worship songs really, and the church sings many contemporary songs as well. The student body is largely into Christian rock, pop, etc. ... I feel like Lancaster Baptist Church thrives in many areas of ministry, and while I think they’d help in so many ways, I’m worried I’ll graduate with a warped philosophy mixed with my conservatism.”That “warped philosophy” is the leaven that will ruin every good thing that is being taught at Lancaster, and the foolish decision to play around with “soft rock” and to “adapt” nuggets from the manure pile of contemporary music is at the heart of the problem. I simply don’t understand the motivation to spend all of the time and labor and money to “adapt” music by people like the Gettys, which Soundforth and others are doing, when there is such a vast amount of unquestionably sacred music, both old and new, that is not coming from the one-world church movement and has no spiritual danger attached to it.

(NOTE: http://www.lorenz.com/Results.aspx?page=1&rpp=25&title=GETTY&voicing1=&div=&producttype=*&usage=&level=&pop=False&pod=True&bnew=True&bbest=False&sortorder=ASC&composer=&acap=False&series=&SearchOpt=&biblebook=&biblechapter=-1&bibleverse=-1&divwiseproduct=False&Widget=0)Candidly, I suspect that most of those who are behind this simply love contemporary worship music (the real thing) and have an agenda of gradually introducing it into the churches by the "toning down" method. Think about it. How do you find the “gold” in the “manure pile”? Only by getting down in the manure and searching through it! The Gettys and their friends readily and warmly and unapologetically associate with Mary-venerating Roman Catholics such as Matt Maher. Is this not a bright red warning sign? Can it be that there is no spiritual danger here? It is not obvious that we are dealing with “another spirit” no matter how high-sounding the words of their lyrics? If the “evangelical” Gettys associating with Roman Catholic Matt Maher and his Methodist wife, who are raising their children “in both churches,” is not the “one-world church,” what is? I have documented the previous facts as well as the one-world church aspect of contemporary worship music in general in The Directory of Contemporary Worship Musicians. We say we love the truth; where, though, is the hatred of EVERY false way?"Therefore I esteem all thy precepts concerning all things to be right; and I hate every false way" (Psalm 119:128).When I study the Gettys, Townend, MercyMe, etc., it doesn’t make me want to use their music. It makes me want to reprove them, warn about them, and run away from them! Instead of spending time, labor, and money trying to find gold in the manure pile, why not invest that in warning God’s people about the manure pile and teaching the next generation about biblical separation? God’s Word does not command separation to hurt us but to protect us. Aren’t “better safe than sorry” and “better to err on the side of safety” biblical principles, as reflected in such verses as the following?“Your glorying is not good. Know ye not that a little leaven leaveneth the whole lump?” (1 Corinthians 5:6).“Be not deceived: evil communications corrupt good manners” (1 Corinthians 15:33).“Wherefore come out from among them, and be ye separate, saith the Lord, and touch not the unclean thing; and I will receive you” (2 Corinthians 6:17).Doesn’t “touch not the unclean thing” refer to ANY manure pile?I have been sounding this warning and asking these questions for a long time. I would love to be answered from Scripture rightly divided and sound logic rather than silence and ad hominem attacks.I wish you well in every endeavor in the truth.
Posted by John at 9:53 AM Links to this post