The Democratic governors of Vermont, Minnesota, Connecticut, New York and Washington have banned all non-essential government travel to Mississippi over a new religious freedom law that protects pastors, faith-based organizations and business owners who object to being complicit in another’s same-sex ceremony.
“Discrimination is not a New York value. We believe our diversity is our greatest strength, and we will continue to reject the politics of division and exclusion,” Gov. Andrew Cuomo said in a statement on Tuesday. “This Mississippi law is a sad, hateful injustice against the LGBT community, and I will not allow any non-essential official travel to that state until it is repealed.”
“This act of discrimination is discriminatory against many Mississippi residents, and violates their Constitutional rights,” Minnesota Gov. Mark Dayton also remarked. “We cannot allow this injustice to go unanswered. When the rights of some Americans are threatened, it is the responsibility of all Americans to stand in opposition to those discriminatory acts.”
As previously reported, last Friday, the Mississippi House of Representatives passed H.B. 1523, also known as the Protecting Freedom of Conscience from Government Discrimination Act. It had been passed days prior in the Senate.
“The sincerely held religious beliefs or moral convictions protected by this act are the belief or conviction that: marriage is or should be recognized as the union of one man and one woman; sexual relations are properly reserved to such a marriage; and male (man) or female (woman) refer to an individual’s immutable biological sex as objectively determined by anatomy and genetics at time of birth,” the legislation, authored by House Speaker Phillip Gunn, reads.
The bill then prohibits the government from punishing those who decline to officiate same-sex ceremonies or provide services or accommodations for the celebrations, as well as those whose policies require use of locker and restrooms consistent with their biological gender.
It does not permit persons to refuse service in general, but only to decline forms of personal participation in events that conflict with their faith.
“The state government shall not take any discriminatory action against a person wholly or partially on the basis that the person has provided or declined to provide … services, accommodations, facilities, goods, or privileges for a purpose related to the solemnization, formation, celebration, or recognition of any marriage, based upon or in a manner consistent with a sincerely held religious belief or moral conviction,” it reads in part.
Major corporations such as Pepsi, General Electric, Whole Foods, Dow Chemical Company, Hewlett Packard, Choice Hotels International, Hyatt Hotels and Levis Strauss & Co. have expressed opposition to the measure. Religious freedom groups, however, have applauded the move.
“Mississippians from all walks of life believe that the government shouldn’t punish someone because of their views on marriage,” stated Alliance Defending Freedom legal counsel Kellie Fiedorek. “After all, you’re not free if your beliefs are confined to your mind. What makes America unique is our freedom to peacefully live out those beliefs, and the Constitution protects that freedom.”
Mississippi Gov. Phil Bryant has defended the Protecting Freedom of Conscience from Government Discrimination Act, stating that it “merely reinforces the rights which currently exist to exercise of religious freedom as stated in the First Amendment to the U.S. Constitution.”
_________________________________________________________
SEE ALSO:

APPEAL TO TRIBUNAL IN VAIN, BUT PUBLIC EXPOSURE HAS BENEFITS
CHRISTIAN CHARGED WITH "GROOMING, BULLYING, HARASSMENT" BY MUSLIM JUNIOR CO-WORKER SHE THOUGHT WAS A CLOSE FRIEND, BUT WHO TURNED ON HER, TRUE TO HER ISLAMIC BELIEFS

VICTORIA WASTENEY STANDS STRONG IN HER FAITH IN JESUS CHRIST 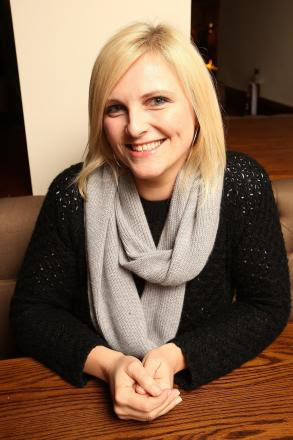 LONDON — An occupational therapist who was suspended from her job for nine months after her Muslim co-worker alleged that she was trying to convert her to Christianity has lost her appeal before an employment tribunal.
As previously reported, Victoria Wasteney, now 39, had developed a friendship with her colleague Enya Nawaz, now 28, as they worked at the St. John Howard Center in London. The two had discussed Islam and Christianity, and Wasteney had talked to Nawaz about her church’s efforts to fight human trafficking.
“The whole basis of our conversations around faith started with her telling me that she’d had an encounter with God, that she felt she had been brought to London for a particular reason,” Wasteney told reporters.
“We were both interested in what one another were involved in,” she said. “It was part of the normal process of building a relationship with someone, to talk about primarily things we were interested in outside of work.”
In 2013, after Nawaz told Wasteney about her personal health concerns on a lunch break, Wasteney offered to pray for her. Nawaz replied, “Okay,” and Wasteney laid hands on her and prayed that God would give her “peace and healing.”
Wastney also invited her co-worker to church and gave her a copy of the book “I Dared to Call Him Father,” which is about a Muslim woman who converted to Christianity. Wasteney said that she had never read the book, but that it had been recommended by a friend.
“Because we had had these conversations, it did not seem abnormal,” she explained.
But Nawaz soon lodged a complaint with her employer, alleging that Wasteney was trying to convert her. Wasteney was consequently suspended for nine months with pay while an investigation was conducted into the matter.
In 2014, while dismissing several other accusations, a disciplinary panel declared Wasteney guilty of “bullying and harassment,” stating that she was wrong to pray with her co-worker, invite her to church and give her a book about her faith. She was presented with a written warning and allowed to return to work—but not in her specialist field.
The matter then was appealed to an employment tribunal out of an effort to draw awareness to concerns over those who might face discipline for speaking about their faith in the workplace. But the tribunal upheld the panel’s ruling, stating that it dealt properly with the situation.
Wasteney was granted permission to appeal the decision, but on Thursday, Judge Eady QC agreed that Wasteney’s employer was right to discipline her.
“What the court clearly failed to do was to say how, in today’s politically correct world, any Christian can even enter into a conversation with a fellow employee on the subject of religion and not, potentially, later end up in an employment tribunal,” Wasteney said in a statement. “If someone sends you friendly text messages, how is one to know that they are offended? I had no idea that I was upsetting her.”
She provided an example of a text that she received from Nawaz.
“Hope you’re okay, Victoria. You’re an amazing manager and a wonderful person. I hope you never feel otherwise!” it read.
“I believe the NHS singled me out for discipline because Christianity is so disrespected,” Wasteney said. “Previously a Christian worship service that I set up for patients was closed down, but accommodation for Muslims to practice their faith wholly facilitated and encouraged.”
_______________________________________________________
SEE ALSO: http://www.teaparty.org/christian-suspended-inviting-muslim-church-93233/;
EXCERPTS: "The two women had discussed Islam and Christianity, as well as the work done by her church at the Christian Revival Church in the O2 Arena in Greenwich against human trafficking. Miss Nawaz went onto make a formal complaint, and the East London NHS Foundation Trust suspended Ms Wasteney on full pay from her £50,000-a-year job for nine months while they investigated in June 2013. A disciplinary hearing upheld three complaints about the book, the invitation to attend church and Miss Wasteney’s offer to pray for Miss Nawaz, and gave her a written warning for misconduct. She continues to work for the Trust, but not in her specialist field. She launched her own employment tribunal against the NHS in January, saying she wanted to raise awareness about the increasing difficulties experienced by religious people in the workplace and claiming the organisation had failed to clear her of wrong doing because it would be ‘politically incorrect’ to find a Christian innocent. Miss Wasteney will be represented in court by human rights barrister Paul Diamond, and her appeal is supported by the Christian Legal Centre, according to The Sunday Times.
Chief executive of the centre Andrea Williams told the paper: ‘Persecution starts with marginalisation. ‘Where countries let go of a cohesive Christian world view you get chaos and marginalisation. ‘We are letting go of what has given us our freedom.’ She added: ’The tribunal found it was inappropriate for her to engage in prayers or give her colleague a book given her senior position."
___________________________________________________

NHS worker Victoria Wasteney 'I was engaging in normal behaviour' (2014)

Posted by John at 9:07 AM Links to this post 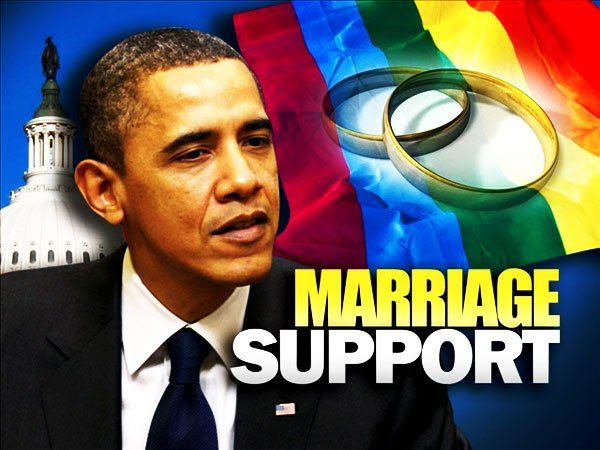 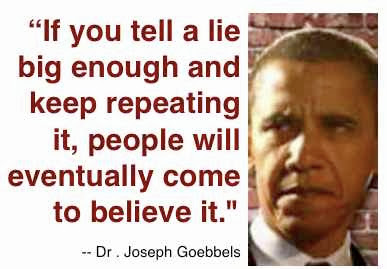 HE DIDN'T STOP IN 2013:
SEE: http://www.infowars.com/252-documented-examples-of-barack-obamas-lying-lawbreaking-corruption-cronyism-etc/

Obama Admits Lying All Along

BY ALEX NEWMAN
SEE: http://www.thenewamerican.com/culture/faith-and-morals/item/22931-obama-admits-lying-all-along-on-homosexual-marriage-views; republished below in full unedited for informational, educational, and research purposes: