Any time right-wing conservatives declare that they are trying to restore or reclaim something, we should all be very afraid. Usually, this means the country or, in this case, the state of Indiana is about to be treated to another round of backward time travel, to the supposedly idyllic environs of the 1950s, wherein women, and gays, and blacks knew their respective places and stayed in them…
…And given our current anti-Black racial climate, there is no reason to trust that these laws won’t be eventually used for acts of racially inflected religious discrimination, perhaps against Black Muslims or Muslims of Arab descent, for instance…
As a practicing Christian, I am deeply incensed by these calls for restoration and reclamation in the name of religious freedom. This kind of legislation is largely driven by conservative Christian men and women, who hold political views that are antagonistic to every single group of people who are not white, male, Christian, cisgender, straight and middle-class. Jesus, a brown, working-class, Jew, doesn’t even meet all the qualifications.

Cooper would be a perfect fit as Barack Obama’s spiritual advisor.
She continues-

…when I reflect on the Christian story of Christ crucified, it is a story to me of a man who came, radically served his community, challenged the unjust show of state power, embraced children, working-class men and promiscuous women and sexual minorities (eunuchs). Of the many things Jesus preached about, he never found time to even mention gay people, let alone condemn them. His message of radical inclusivity was so threatening that the state lynched him for fear that he was fomenting a cultural and political rebellion….
This white, blond-haired, blue-eyed, gun-toting, Bible-quoting Jesus of the religious right is a god of their own making. I call this god, the god of white supremacy and patriarchy. There is nothing about their god that speaks to me as a Black woman of working-class background living in a country where police routinely murder black men and beat the hell out of black women, where the rich get richer while politicians find ever more reasons to extract from the poor, and where the lives the church imagines for women still center around marriage and motherhood, and no sex if you’re single.
This God isn’t the God that I serve. There is nothing holy, loving, righteous, inclusive, liberatory or theologically sound about him. He might be “biblical” but he’s also an [expletive deleted]…
We need to reclaim the narrative of Jesus’ life and death from the evangelical right… They have pimped Jesus’ death to support the global spread of… the abuse of native peoples, the continued subjugation of Black people, and the regulation of the sexual lives of women and gay people.

This woman is Christian like I’m an Afghan goat shepherd. And in the case of any confusion, I’m not an Afghan, nor do I shepherd goats.
Nevertheless, the amount of straw man arguments, false projections, and defamation of those who’re supposed to be her brothers and sisters in Christ is ridiculous. Then again, what can we expect from a professor who teaches, ‘Africana,’ ‘gender and women’ studies?
The “Jesus” Cooper describes worshipping sounds like a non-judgmental, sexually-confused, vegan radical  from the ‘Occupy Movement.’ I’d say that Cooper herself is guilty of the exact same crime that she accuses conservatives of being guilty of- creating a god in her own image, straight out of the sociology department.
_____________________________________________________________

Baltimore Mayor Let Rioters And Vandals Run Rampant:
Published on Apr 27, 2015
Alex Jones plays a clip of the Baltimore Mayor admitting that they deliberately let the rioters have control of the streets.

Baltimore Mayor Stephanie Rawlings-Blake said her city government “gave those who wished to destroy space to do that,” seemingly approving of the rioters who smashed the city’s police vehicles in the wake of the death of Freddie Gray. 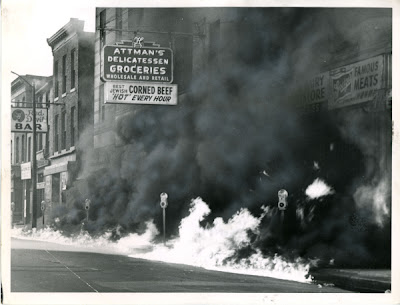 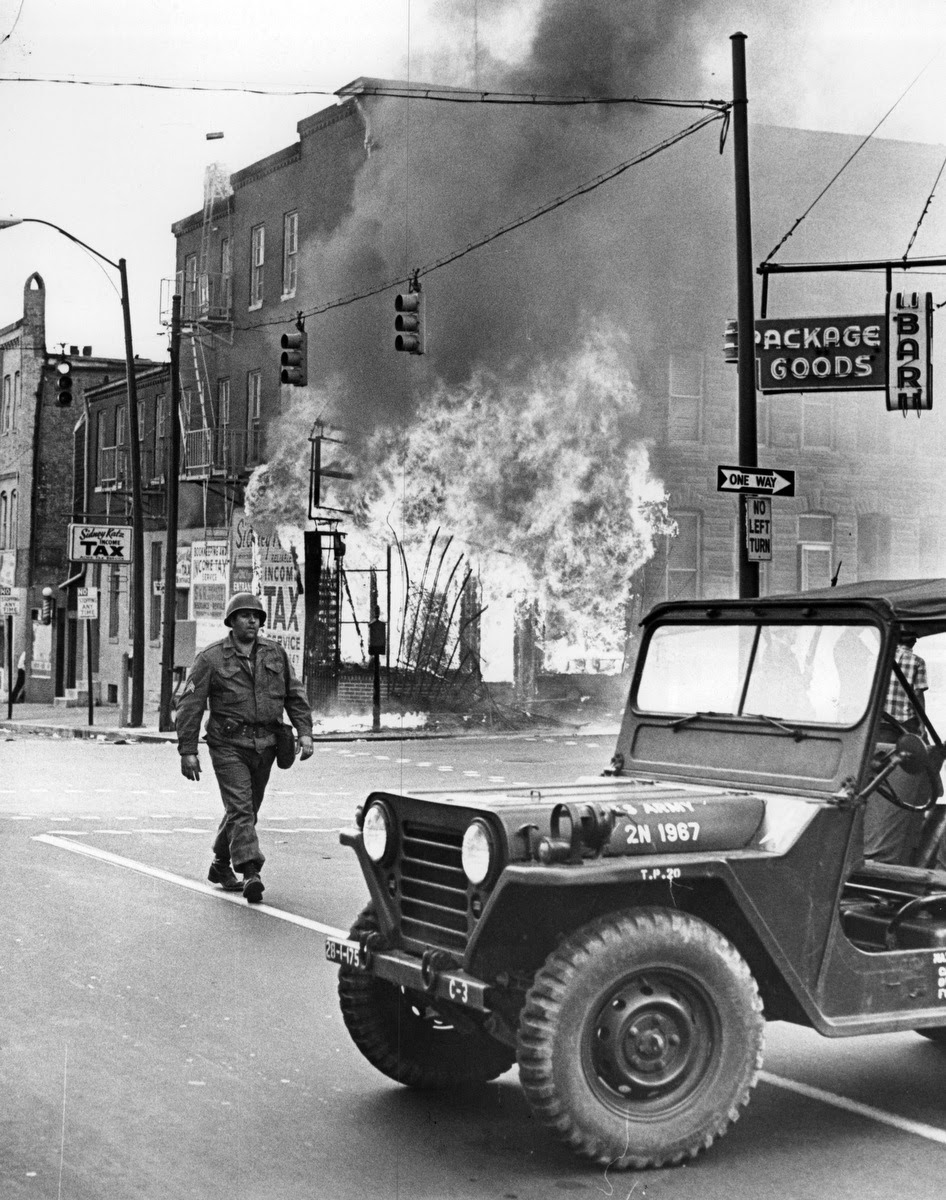 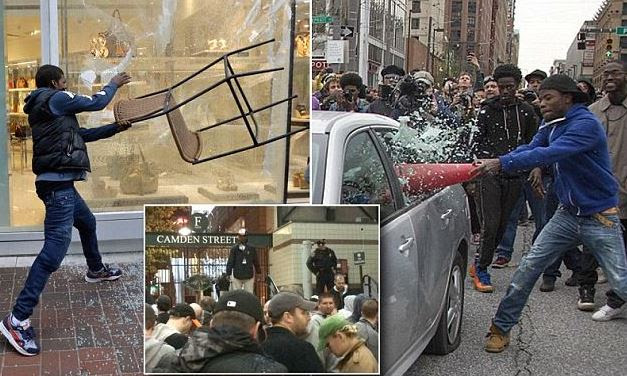 Baltimore descended into chaos Saturday night as hundreds of people engaged in wanton violence and looting, prompting a police crackdown and ruining any chance of real or meaningful protest against police brutality in the wake of the death of Freddie Gray.
Rioters smashed up local businesses and parked cars, and attacked patrons:
VIDEO:

Another day in USA: Obama yucks it up in front of drooling press crowd as Baltimore spirals with race riots #WHCD pic.twitter.com/DtOpJXT3Iy
— MATT DRUDGE (@DRUDGE) April 26, 2015

My report from Baltimore last night, including the only video of a big 9.15pm clash at the western district police HQ http://t.co/0iuP37Ehi4
— Jon Swaine (@jonswaine) April 26, 2015

Rioters intentionally targeted the Baltimore Orioles game at Camden Yards, where innocent American families were caught up in the trouble.

The constitution guarantees citizens the rights to protest. Please remain peaceful. Several of our police cars have been damaged.
— Baltimore Police (@BaltimorePolice) April 25, 2015

While the gathering had started off peacefully, so called ‘protesters’ from the Ferguson riots had traveled to Baltimore blatantly to instigate chaos:

Some even encouraged looting:

This is disgraceful of @deray & is in no way representative of all blacks. Shame on you, I'm disgusted #FreddieGray pic.twitter.com/6dtgbqU74s
— Alexiis Starr (@AlexiisStarr) April 26, 2015

@AlexiisStarr @deray There is NO DEFENSE of #looting U don't represent me or mine.

Meanwhile, the President was laughing and joking about being a lame duck and having a “f*ck it” attitude at the annual White House Correspondents Dinner, just 40 miles away:

I want y’all to see the juxtaposition of DC’s media elite yukking it up @ the #WHCD while 45 minutes away hell is breaking loose in Bmore.
— rolandsmartin (@rolandsmartin) April 25, 2015

As no shortage of people have pointed out, DC's most powerful sipping wine as people take the streets an hour away in Baltimore
— Wesley Lowery (@WesleyLowery) April 26, 2015

In Ferguson and elsewhere, so called ‘protesters’, intent on narrowing the extremely broad problem of police brutality into an issue solely of race, have bizarrely targeted restaurants and diners, stirring up conflict and often bullying innocent people, including women and children.
The actions of these people will only encourage rational Americans to turn away in disgust, will provide the media with ample material to demonize all protest, and will exponentially WORSEN the problem of police authoritarianism.

Good work at the #BaltimoreRiots guys. #looting #violence is going to give us a world of change as always. Except it doesn't/won't. Go home
— J Spencer Fox (@jspencerfox) April 26, 2015

Smashing windows, #looting, destroying #civilian and #police cars…this is why no will listen to you guys, so stop. #FreddieGray #Baltimore
— Kourosh Shah (@ShahKourosh) April 26, 2015