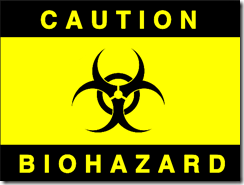 Ebola Cases Being Hidden from Public


Published on Aug 6, 2014
In an apparent attempt to avoid hysteria, U.S. health authorities are withholding details about a number of suspected Ebola victims from the public.
http://www.infowars.com/u-s-health-au...

The Obama administration is perpetrating the conditions

required for a government-declared crisis

Gun confiscations and martial law are both plausible government responses to an Ebola outbreak in America considering recent policies by the Obama administration and the fact that the military has been preparing for domestic deployment for the past several years.

Since then, the federal government created a new domestic command structure in which, during a government-declared emergency, the military police would work under FEMA and the Department of Homeland Security for domestic operations with the National Guard.
This command structure was leaked by a former MP, who secretly recorded a military briefing last September in which an army commander briefed him and other MPs on their domestic duties with FEMA during martial law, including escorting federal officials as they confiscate firearms from Americans.

Published on Oct 25, 2013
Today on the Alex Jones Show a military police informant caller gave us info on a meeting he had with FEMA public servants about gun confiscations that would take place during a martial law scenario. Get this info out to everyone you know.

Border Convoy Run Off The Road By Anti-Border Goons:

Published on Aug 5, 2014
Infowars Reporter Joe Biggs gets a first hand report from Liberty Jane who has been riding the Border Convoy since Murrieta CA. She reports the convoy was blocked along I-35 by a group Anti-Border Goons who then proceeded to make false claims that the border convoy had been brandishing weapons.
https://www.youtube.com/watch?v=B9eZoVBztHM
Posted by John at 1:42 PM Links to this post 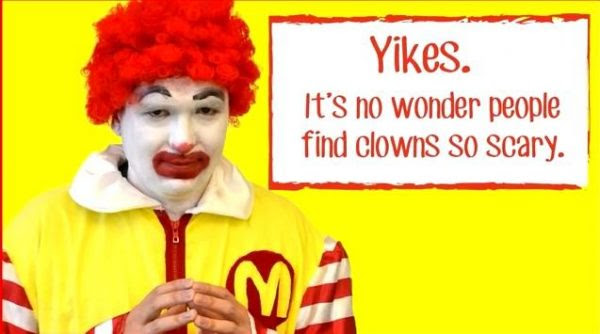 SEE: http://www.thenewamerican.com/culture/family/item/18858-group-challenges-mcdonalds-for-sponsoring-dating-naked-show;
EXCERPT:
The Parents Television Council (PTC) has once again put McDonald's in the spotlight with some publicity the fast food giant was likely hoping people would overlook. The TV and media watchdog group noted in a recent press release that McDonald's is continuing with its sponsorship of morally questionable programs by advertising on one of VH1's raunchiest efforts to date, a reality show entitled Dating Naked, with the program's title leaving nothing to the imagination. According to PTC, McDonald’s ads were featured during the July 17 premiere episode of the show, and nearly all of the repeat airings of that episode.
FROM PTC: http://w2.parentstv.org/Main/News/Detail.aspx?docID=3092
“The companies on our lists are the worst offenders in each category, and McDonalds, YUM! Brands, and Toyota Motor Sales Inc., in particular have been the top contributors to the most explicit broadcast TV shows.
“Particularly jarring is the direction that McDonalds’ advertising has taken in recent years, given its history as a family – and child-centric – brand. We’ve recently reached out to McDonalds to encourage the company to change course, as it used to be one of our ‘best’ advertisers. And perhaps not coincidentally, data shows the company to have had better earnings when it eschewed explicit TV programming.
__________________________________________________________________