OBAMA PREPARES PARDONS FOR HILLARY~SHE'S DONE, BUT WHAT ABOUT THE REST OF THE CRIMINAL GANG?

DINESH D'SOUZA: SHE'S DONE, BUT WHAT ABOUT THE REST OF THE CRIMINAL GANG? BY ADAM KREDO
SEE: http://freebeacon.com/national-security/iranian-military-leader-threatens-president-elect-trump/; republished below in full unedited for informational, educational, and research purposes:

A senior Iranian military official lashed out on Thursday over the election of Donald Trump, calling the next American president a “joke” and warning him against threatening Iranian interests in the region.
Gen. Mohammad Hossein Bagheri, the Iranian Armed Forces’ chief of staff, warned Trump against “confronting” Iranian military assets in the Persian Gulf amid a series of incidents in the region in which Iranian-backed terrorists have attacked U.S. Navy vessels.
“The person who has recently achieved power, has talked off the top of his head!” Bagheri was quoted as saying in Iran’s state-controlled media. “Threatening Iran in the Persian Gulf is just a joke.”
Trump insisted during the campaign that he would take aggressive action against Iranian naval vessels that harass U.S. ships in the region.
Iranian forces have made a series of provocative moves against the U.S. Navy in recent months, prompting criticism from outgoing Obama administration officials.
Regional experts said that Iran is worried a Trump administration would take more aggressive action to combat the Islamic Republic’s provocative moves in the Persian Gulf, which includes the routine harassment of Western forces.
The Obama administration has declined to permit U.S. forces to engage with Iranian forces that perform aggressive maneuvers that endanger the forces.
Behnam Ben Taleblu, a senior Iran analyst at the Foundation for Defense of Democracies, said that Iran is likely to test the future Trump administration.
“Despite much of the attention being paid to what President-Elect Trump’s Iran policy has to do with the [Iran] nuclear deal, another domain the next administration will have to contend with Iranian belligerence in is in the Persian Gulf and Strait of Hormuz,” Ben Taleblu said. “Trump’s statements about having Iran’s IRGC speedboats—which have been overtly harassing the U.S. Navy in international waters—’shot out of the water,’ appears to indicate a desire to respond more aggressively to Iranian provocations.”
An aggressive U.S. response may send a message to Iran, Ben Taleblu said.
“The likely goal of such a response would be to deter future bad behavior in the same arena,” he explained. “While General Bagheri may have written this off as bluster, he need only to look to how the U.S. dealt with this same issue in the midst of the Iran-Iraq War during Operation Praying Mantis and Operation Nimble Archer. It remains to be seen if Trump would escalate against Iran in such a fashion, but the message he sent early on is that the U.S. will not feel as constrained by the JCPOA to respond to the rest of Iran’s non-nuclear threats.”
______________________________________________________
Iran Taunts Trump
Published on Nov 11, 2016
Iranian general calls President elect Donald J. Trump a "joke" on Iran's state run TV, regarding the US naval war ship issue in the Persian gulf. He "warned" Trump about the US vessels in the region.

Posted by John at 4:17 PM Links to this post 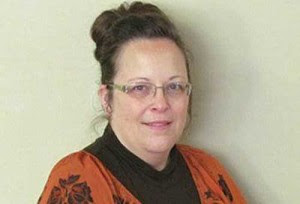 FRANKFORT, K.Y. — The American Civil Liberties Union (ACLU) has filed a lawsuit against Kentucky county clerk Kim Davis in an effort to recover costs from its recent legal battle over Davis’ refusal to issue marriage licenses to homosexuals as long as her name was on the document.
The ACLU is asking U.S. District Judge David Bunning to order Davis to pay up $233,058 in legal fees and other expenses, but Davis’ attorneys state that the organization isn’t entitled to the payment since Davis prevailed in the matter in the long run.
“Courts recognize that when successful civil rights plaintiffs obtain a direct benefit from a court-ordered victory, such as in this case, they can be entitled to their legal expenses to deter future civil rights violations by government officials,” William Sharp, legal director of the Kentucky ACLU, told reporters.
“The ACLU is not entitled to attorney’s fees according to the prevailing standard in the Sixth Circuit,” also remarked Mat Staver, founder and chairman of Liberty Counsel, in a statement. “Kim Davis won the case and the case is closed. County clerks are now able to perform their public service without being forced to compromise their religious liberty.”

As previously reported, Bunning dismissed the outstanding legal challenges against Davis this past August after the state legislature passed a law that removed the names of county clerks from all marriage licenses, thus assuaging Davis’ concerns.
“In light of these proceedings, and in view of the fact that the marriage licenses continue to be issued without incident, there no longer remains a case or controversy before the court,” he wrote.
Davis had been in national headlines last year after she declined to issue same-sex “marriage” licenses as long as her name was on the documents. Davis, who attends a Oneness Apostolic Pentecostal assembly, said that she would do so if her name was removed.
Her refusal soon led to three lawsuits—Miller v. Davis, Ermold v. Davis and Yates v. Davis—filed by homosexuals who sought to force Davis to issue the licenses.
The ACLU led the legal push, and in September 2015, U.S. District Judge David Bunning ordered that Davis issue the licenses despite her religious identity. As she continued to refuse to issue the licenses without the accommodation, Bunning ordered that Davis be placed behind bars until she was willing to comply. In the meantime, the judge arranged for a deputy clerk to sign the licenses in her absence.
Davis was released from the Carter County Jail five days later after her attorneys filed an appeal of the contempt order, and also because Bunning was satisfied that her deputy clerks were providing the licenses instead. He stipulated her release on the condition that she not interfere with her deputies.
By the end of the year, new Kentucky Gov. Matt Bevin issued an executive order for the Department for Libraries and Archives to release new licenses that do not cite the county or the name of the county clerk. Months later, the state legislature passed a law altering the licenses similar to Bevin’s order.
Because the matter was therefore settled in the legislature and not in the courts, Liberty Counsel believes that the ACLU is not entitled to any fees. See its rebuttal here.
“The door has been shut on the ACLU’s attempt to assess damages against Kim Davis,” Staver said. “Kim is a fiscally responsible elected official who is fulfilling her duty to protect public funds in this case.”
The Lexington Herald Leader also reports that Jeffrey Mando, an attorney for Rowan County, doesn’t believe the money should come from the county coffers as Davis’ actions were independent of the government.
“County clerks are not employees of the county, but instead are the holders of elective office pursuant to the Kentucky Constitution,” he wrote in a legal brief.

Posted by John at 4:13 PM Links to this post

WOLF IN SHEEP'S CLOTHING: MAX LUCADO SAYS UNITY CREATES BELIEF AND IS THE KEY TO EVANGELISM 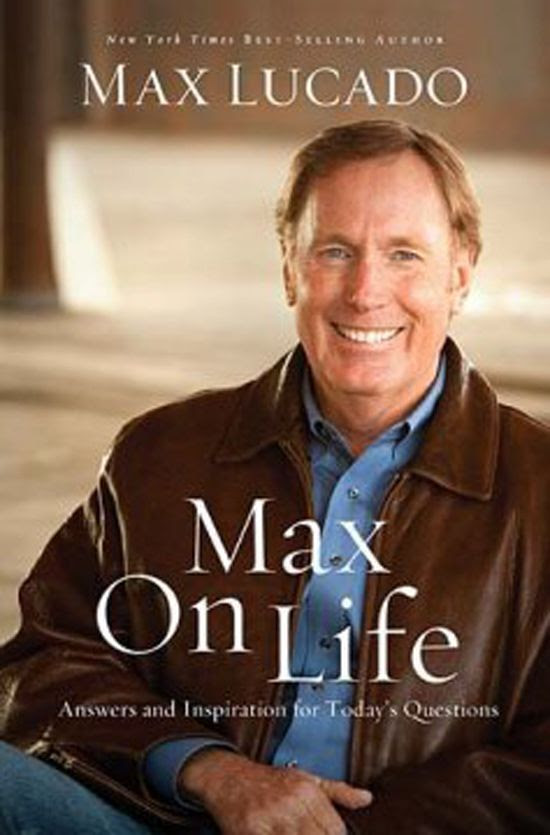 WOLF IN SHEEP'S CLOTHING
MAX LUCADO SAYS UNITY CREATES BELIEF AND IS THE KEY TO EVANGELISM
BY DAVID CLOUD
SEE: http://www.wayoflife.org/friday_church_news/17_46.php;
Posted by John at 10:26 AM Links to this post

"WHITELASH"?
SHOCKING VIDEO TELLS HILLARY LOSERS TO KILL TRUMP SUPPORTERS & THEY PLAN TO
Published on Nov 11, 2016
The mainstream media, Lester Holt, and others are using terms such as "whitelash" to insinuate that Donald Trump's presidency has sparked a race war in the nation, manifesting in protests after the election. They assert disgruntled racist whites are responsible for his victory. Protestors call for violence and murder of Trump supporters. Infowars has shocking video of one Trump supporter being violently beaten on film. @margaretjhowell