Posted by John at 1:03 PM Links to this post

THE PERVERSION OF REFORMED: ROSARIA BUTTERFIELD, MATTHEW VINES, JUSTIN LEE, RACHEL HELD EVANS, ETC~NOT LUTHER'S REFORMATION FOR SURE~DIALOGUING WITH THESE CAN MAKE YOU A FRIEND OF GAYS, BUT SEDUCE YOU AWAY FROM CHRIST

THESE SUBLIMINAL MESSENGERS CAN KILL YOU SPIRITUALLY, IF NOT PHYSICALLY
THEY WOULD HAVE YOU FORGET
"SPIRITUAL WARFARE"

WHEN JUSTIFIABLE FEAR OF GAYS IS SIN
& MAYBE EVEN A CRIME
"Homosexuality Is A Sin, But So Is Homophobia."
(The Gospel of Butterfield)
THE GAY, "EX-GAY", & GAY FRIENDLY ATTACK ON THE TRUE GOSPEL & TRUE CHURCH
OF JESUS CHRIST
ANOTHER GOSPEL TO BEWARE!
HOW TODAY'S SO-CALLED REFORMED CHRISTIANITY
IS GAY AFFIRMING, COMPROMISED, FEMINIZED,
AND REPUDIATING BIBLICAL SEPARATION 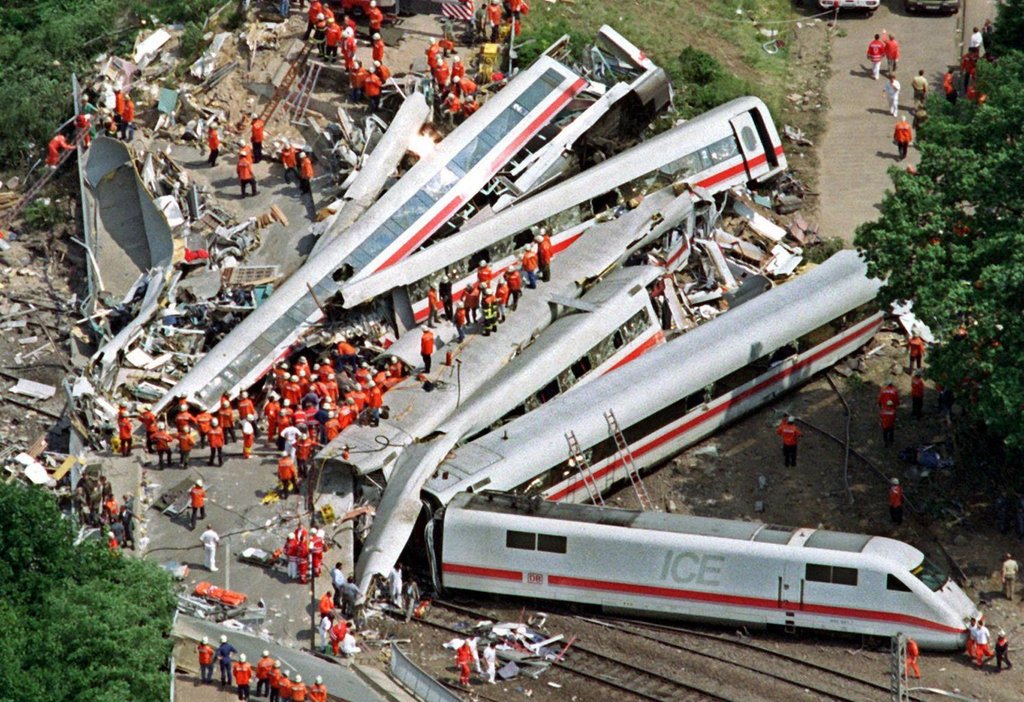 MATTHEW 10:34-39
THE "TRAIN WRECK" THAT NEVER WAS, ISN'T NOW, & WON'T BE IF THEY CAN AVOID ONE:
THE REFORMED CHURCH & ITS CONSTANT GNOSTIC WORDINESS
AVOIDS THE OFFENSIVE ASPECTS OF THE TRUE GOSPEL

FOR EXAMPLE, THIS MUSHY SOFT ENTREATY WHICH PRESUMES TO GUESS WHAT JESUS WOULD SAY:
http://theaquilareport.com/seven-things-i-believe-jesus-would-to-say-to-the-lgbt-community-3/; republished below in full unedited for informational, educational, and research purposes:

to the LGBT Community"

"When you give God your heart, he will comb the kinks

out of your life in due time" 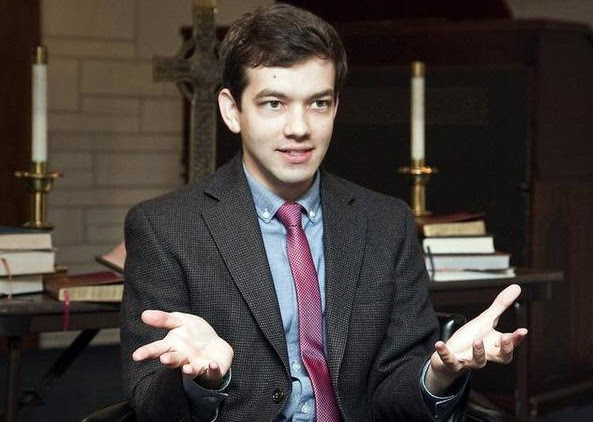 SEE: http://www.matthewvines.com/;
AND: http://www.godandthegaychristian.com/#home
EXCERPT: "God and the Gay Christian shows a third way—one that honors those who are different and the authority of Scripture. In this carefully researched and important book, Matthew Vines makes a compelling case for biblically-grounded responses to such questions as: How could traditional beliefs have been wrong for thousands of years on such an important topic? What is the story of Sodom and Gomorrah really saying about human relationships? Can celibacy be a calling when it is mandated, not chosen? What did Paul have in mind when he warned against same-sex relations? Do biblical teachings on the marriage covenant preclude same-sex marriage or not?
Matthew Vines is the president and founder of The Reformation Project and the author of God and the Gay Christian: The Biblical Case in Support of Same-Sex Relationships. He lives in Wichita, Kansas.
Matthew attended Harvard University from 2008 to 2010. He then took a leave of absence in order to research the Bible and homosexuality and work toward LGBT inclusion in the church. In March 2012, Matthew delivered a speech at a church in his hometown about the Bible and homosexuality, calling for acceptance of gay Christians and their marriage relationships. Since then, the video of the speech has been seen nearly a million times on YouTube, leading to a feature story in The New York Times.
In 2013, Matthew launched The Reformation Project, a non-profit organization dedicated to training LGBT Christians and their allies to reform church teaching on sexual orientation and gender identity. He is now expanding his efforts with conferences and regular speaking engagements across the country."
DISCOVERS THAT THE BIBLE IS NOT ANTI GAY?
OH, THE EMOTIONAL DRAMA!
"ERADICATING HOMOPHOBIA" IN THE CHURCH
MONOGAMOUS SODOMY BIBLICALLY OK?
HOW SAD! HOMOSEXUALITY NEVER DEBATABLE GROWING UP
VINES IMPRESSES HIS PRESBYTERIAN FATHER & CONGREGATION
____________________________________________________

NRB Forum Discussion on Homosexuality and the Church;
Two Gay "Christians" Refuted by Others: 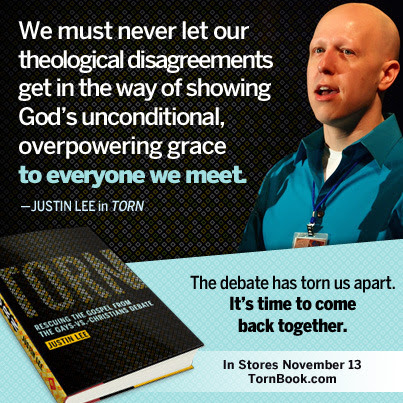 "Justin founded The Gay Christian Network in 2001 as a place for Christ-centered support for lesbian, gay, bisexual, and transgender individuals and those who care about them. He serves as GCN’s executive director, overseeing the organization’s operations and working to ensure a continued focus on Christ in all things."

Can you be gay and Christian?: NO

"I'm Gay & I'm Christian" - Exclusive Interview With Justin Lee: "Having a More Productive Dialog":
Published on Jul 25, 2014
Justin Lee (born September 7, 1977) is the founder of the Gay Christian Network (GCN), a 501(c)(3) nonprofit organization that provides resources and support to gay, lesbian, bisexual, and transgender Christians. According to the GCN website, "We also work with churches and other Christian organizations to help educate the Christian community about sexual orientation issues from a Biblical standpoint." In August 2001, Lee founded GCN to "build a supportive community to support fellow gay Christians in their Christian walks."
GREW UP SOUTHERN BAPTIST 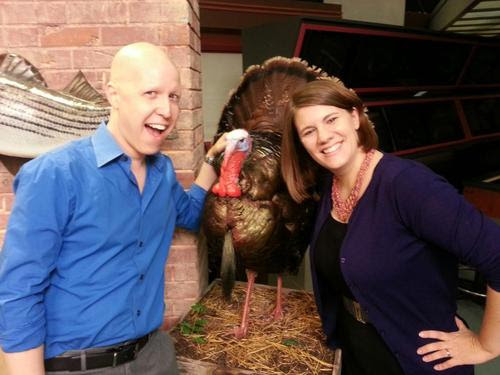 THE EMERGING CHURCH: “A QUEERING OF EVANGELICALISM” 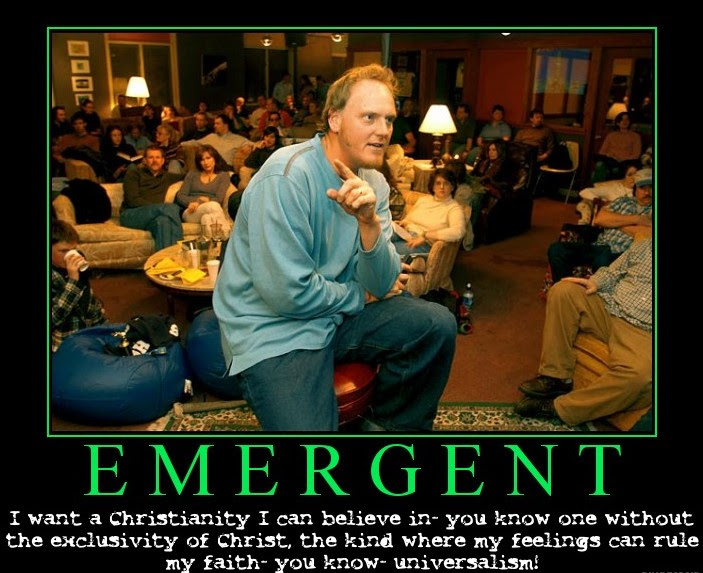 THE SIN OF HOMOSEXUALITY IS DIFFERENT 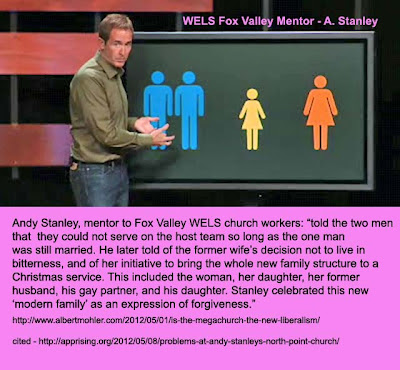 Hillsong and the Gay Issue;

Brian Houston: "The World, The Weight, and the Word";
Except He Would Rather Submerge the Word:

On Sunday 18 August 2013, Hillsong's Senior Pastor, Brian Houston, preached a message that was broadcast to all Hillsong congregations around the world in over 100 services. What was significant about this sermon was that during the message he publicly began a conversation about the Hillsong churches need to come to grips with the 'gay issue'.

HELLSONG: They Will Not Endure Sound Doctrine
Published on Jul 23, 2015
A warning about the false doctrines of Hillsong "mega-pastors" and pragmatic prosperity-pushers Brian Houston and Carl Lentz.

ROB BELL & HIS WIFE:
"THE CHURCH IS MOMENTS AWAY FROM ACCEPTING GAY MARRIAGE": 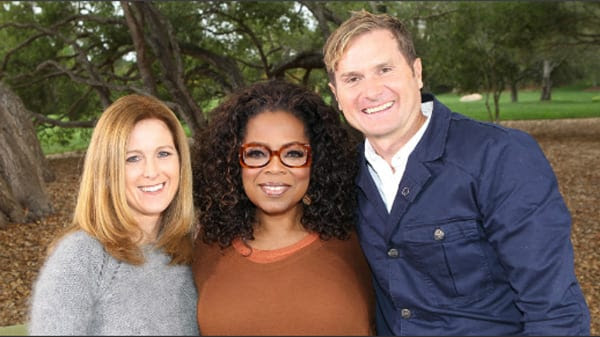 "Christian Apathy:The Reason America is Going to Hell"
by Jason Cooley: PART 1 OF 2

OBEDIENT TO CHRIST, NOT THE "VICAR OF CHRIST" 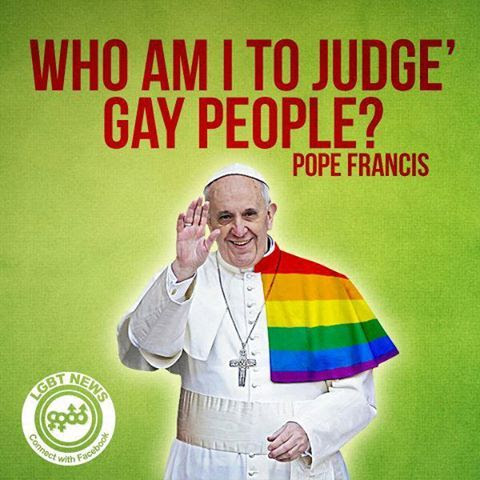