In his letter to the churches in Galatia, the apostle Paul admitted that the cross of Christ is “offensive” to non-believers. It stands as a challenge to all human efforts to establish a heaven on Earth, without God. To tyrants such as the communists of China, it poses a challenge to their efforts to maintain a totalitarian regime, dictating every aspect of life.
In Zhejiang Province, which is a center of the Christian faith in China, the destruction of Christian crosses atop church buildings is seen as perhaps just the beginning of a newly intense persecution of the followers of Jesus Christ. Agents of the government even used blowtorches to cut down a 10-foot high cross atop the Salvation Church in the town of Shuitou. Ten miles away, in Mabu, other agents of the totalitarian regime sawed off a cross on Dachang Church.
Several other villages in Zhejiang Province have seen the destruction of crosses in the government’s latest assault upon Christianity. This persecution is not new, as the communist dictator Mao Tse-tung launched an assault upon Christians from the day he announced the establishment of the so-called People’s Republic of China in 1949.
Last year, the Voice of America (VOA) reported that the Chinese government had forced the closure of Huoshi Church, forcing the church members to worship in homes. Pastor Su Tianfu told VOA, “The church is disallowed to organize any events. Many of our fellow workers are given no freedom because they’re either under the watch of [agents] outside their doors or followed wherever they go.” Su has been targeted by the local police, interrogating him up to 10 hours at a time.
During the past two years, the communist regime has destroyed crosses from an estimated 1,200 to 1,700 churches.
What is the motivation for this anti-Christian frenzy? President Xi Jinping, the dictator who leads the Communist Party oligarchy that rules China, gave a speech recently, offering his explanation for the destruction of Christian crosses and other persecutions against Christians. Xi warned that “overseas infiltrations via religious means” were a threat to the ruling Communist Party. Accordingly, all religions in China are ordered to “Sinicize,” or become “Chinese,” which, of course, means, become part of the communist system.
It is believed that many of the lawyers in China who raise the issue of “human rights” are Christians, and that they are undermining the authority of the party. A significant number of the dissidents in China have explained that Christianity teaches that rights are God-given. Sadly, many American Christians are unaware of this key element of our Christian heritage. When Thomas Jefferson wrote the Declaration of Independence, his words linked the concept of natural rights to God Himself. “We hold these truths to be self-evident, that all men are created equal, that they are endowed by their Creator with certain unalienable rights.” President Barack Obama, in contrast, has quoted the words of the Declaration, deleting the words, “by their Creator.”
Even President John F. Kennedy, in his inaugural address in 1961, acknowledged this as the “revolutionary belief” upon which the American government was founded: “The belief that the rights of man come not from the generosity of the state, but from the hand of God.”
It is estimated that there are now about 60 million Christians in China, with some attending churches “registered” by the government, but with many others, maybe half or more worshiping in “unregistered” house churches. All may soon find themselves in the crosshairs of a new anti-Christian wave of persecution by the communist government. Fan Yafeng, a legal scholar in Beijing, predicts that what is happening in Zhejiang “is a test.” If the regime sees it as a “success, it will be expanded.”
Chinese apparently like to adorn their church buildings with bright red crosses. In Shuitou, half of these crosses have been removed, with the other half expected to be removed as well.
The present campaign began two years ago, with the demolition of a church in Wenzhou, alleging the church had not followed proper building permit procedures. Faced with the likelihood of their church being razed, church officials of the Salvation Church reluctantly took down the cross over their church building. Some parishioners were losing jobs, and facing other forms of persecution.
Christianity has always been a target for atheistic communism. It is seen as an impediment to the march of communism to world domination. And not only official communists despise the Christian faith. One might recall “progressive” Democrat candidate Obama’s dismissive comments that Christians “cling to their religion.” Secularists often seek out Christian businesses to force them to do things contrary to the owners’ Christian faith. We regularly hear — in this country — that churches need to pay taxes, for example. But in 1819, the Supreme Court opined that the power to tax necessarily involved “the power to destroy.”
American Christians do not yet face the type of persecution endured by their Chinese brothers and sisters in the faith. But as secular progressives gain more sway in the United States, we can expect increased attacks upon the ability of Christian churches to operate. In Edmond, Oklahoma, for example, a few years ago, a man actually filed suit against a church’s cross, located on their own property. The man told the judge that the cross “offended” him as he drove by it on his way to work each day. Fortunately, the judge dismissed the case, advising the man that if the cross offended him that much, perhaps he should take a different route to work.
In China, Yang Mushi, a Christian pastor, offered some perspective to the destruction of crosses, specifically, and communist persecution of the faith, generally. “Throughout church history, pressure from the outside has only made the gospel spread more and more. This is because the gospel is not contained in a visible structure. Tears may be in our eyes today, but we can also see a greater revival coming. What we see is not the end, but a new road leading to a new door.” 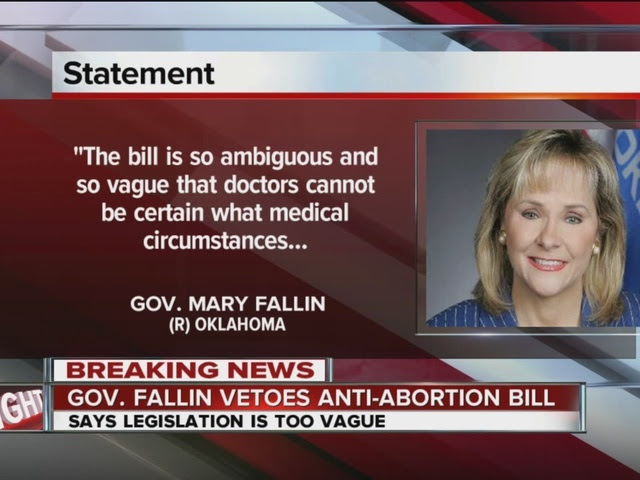 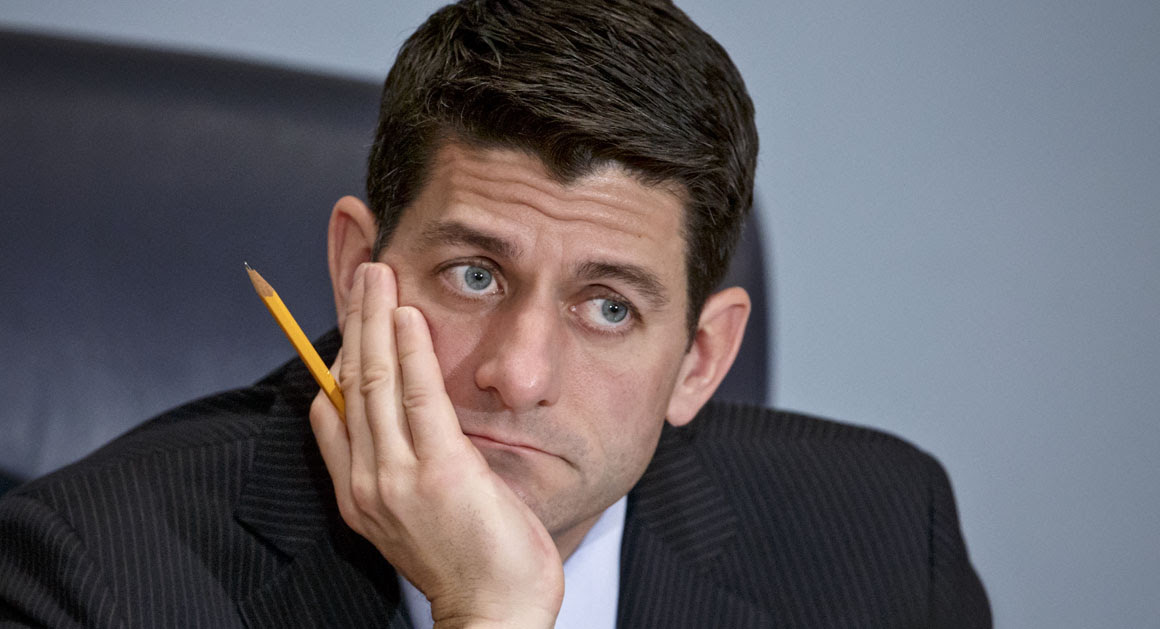 BY CHARLES SCALIGER
SEE: http://www.thenewamerican.com/usnews/politics/item/23242-ryan-the-rino; republished below in full unedited for informational, educational, and research purposes:

Is Congressman Paul Ryan a RINO — Republican in name only? Or is he instead a committed champion of the conservative agenda in his role as speaker of the house? The following article sheds light on how conservative Ryan actually is by surveying his public record, including key votes he has cast.

"THE DANIEL PRAYER" BY ANNE GRAHAM LOTZ: A BOOK THAT WILL MOVE YOUR CREDIT CARD, CHANGE YOUR BANK ACCOUNT, & LEAVE YOU DOCTRINALLY BEWILDERED 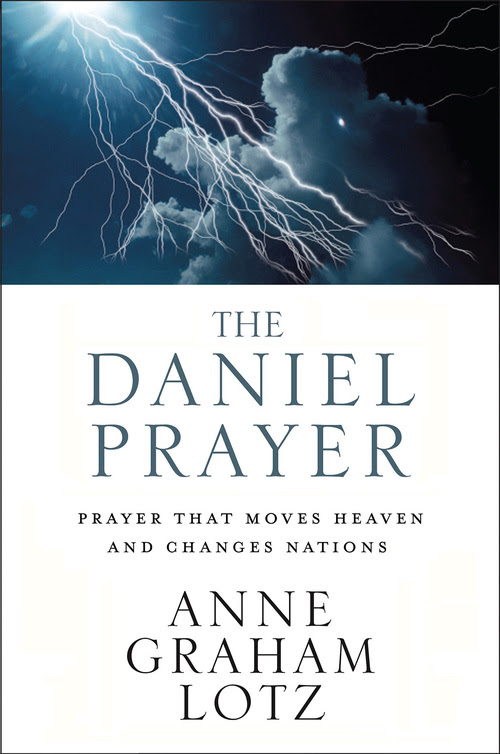 "THE DANIEL PRAYER" BY ANNE GRAHAM LOTZ: A BOOK THAT WILL MOVE YOUR CREDIT CARD, CHANGE YOUR BANK ACCOUNT, & LEAVE YOU DOCTRINALLY BEWILDERED
BY BUD AHLHEIM
SEE: http://pulpitandpen.org/2016/05/23/the-daniel-prayer-a-book-that-will-move-your-credit-card-change-your-bank-account-leave-you-doctrinally-bewildered/; republished below in full unedited for informational, educational, and research purposes:

“I think everybody that that loves Christ, or knows Christ, whether they’re conscious of it or not, they’re members of the body of Christ. And that’s what God is doing today. He’s calling people for ‘eh, out of the the world for his name whether they come from the Muslim world, or the Buddhist world, or the Christian world, or the non-believing world uh they are members of the body of Christ because they’ve been called by God. They may not even know the name of Jesus but uh they know in their hearts that they need something that they don’t have and they turn to the only light that they have. And I think that they are saved and they are going to be with us in heaven.”