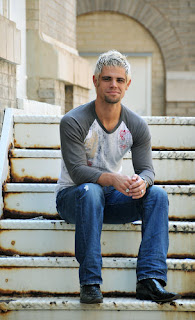 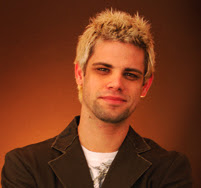 Remember a few years ago when Matt Chandler rained on Steven Furtick’s parade? It was at Elevation Church’s 2012 Code Orange Revival. Chandler was invited as a guest speaker at, well, except for Chandler himself, this perfidious event adorned with scripture-twisting fabricators of false glory. Furtick, who is well known for reading himself into a biblical text, yet only in places where he clearly doesn’t belong, it appears, has cleaned his hands of anyone willing to challenge his false theology of what our friend Chris Rosebrough calls “narcigesis” (narcissistic eisegesis). We’re not sure why Chandler was ever invited in the first place, though it could be due to his charismatic leanings. But we’re sure of one thing–he won’t be invited back.
Fast forward four years later. The hurricane of heresy and panoply of prevarication in 2016 will be painful, to say the least, to anyone with any sense of biblical discernment, and love for God. The ten-day event will end with a two-day female festival of falseness that includes well-known charlatan and purveyor of “another gospel,” Joyce Meyer, and Word of Faith pastrix out of Hillsong, Australia, Christine Caine. Other speakers include Craig Groeschel, Louie Giglio, Carl Lentz, Dharius Daniels, John Gray, Levi Lusko, and of course, Elevation Church’s very own swindler of diabolical debauchery, Steven Furtick.
Here’s a game: can you find one qualified teacher of the Word of God in this line-up? Of course not, because that’s Furtick’s motto. Unless you’re unqualified, you’re not qualified. Seriously, folks. There is absolutely nothing Christian about this so-called “revival” event.
Craig Groeschel, best buddy of befallen pastor, Perry Noble, is a self-appointed prophet who claims he hears from God–extra-biblically. The well-kempt, seemingly sincere (2 Corinthians 11:14) man who regularly appears at events with another false teacher, Andy Stanley, is also a key player in the Emergent church–a movement that seeks to elevate personal experience and mystical practices above the truth of God’s revealed Word in Scripture.
Louie Giglio has completely immersed himself in a heretical charismatic movement known as the New Apostolic Reformation (NAR). He regularly convenes with other false teachers such as Bill Hybels and Perry Noble. He’s probably best known for his speaking at the Passion conferences, a mishmash of ecumenical drivel with a watered down gospel and a theme of “leveraging your life,” to which, sadly, John Piper has also embraced.
Carl Lentz is the lead pastor of the New York branch of Hillsong Church. Lentz is a pretentious dazzler who believes you can reach the world for Christ by compromising biblical truth, watering down the Gospel, ignoring the entire concept of repentance, and simply “loving everyone on their journey to Jesus.” Lentz has knowingly allowed two openly gay men to remain undisciplined members of his church–one of them even serving as the choir director for a time. Recently, his church put on a revolting display of sexual immorality, dressing up their youth pastor in nothing but his underwear, and parading him on the stage in front of thousands of women, posing himself as the Naked Cowboy. Hillsong Church, especially in New York, is a man-centered entertainment industry with a Christian theme that president of Southern Baptist Theological Seminary, Al Mohler, has called “a prosperity movement for the millennials…that minimizes the actual content of the gospel.”
Dharius Daniels calls himself a “cultural architect” and a “trendsetter” for this generation. He is associated with the Word of Faith huckster, Creflo Dollar, who conned his congregation out of millions for a private Jet.
John Gray is an associate pastor at Lakewood Church. Yes, you heard that right. Lakewood Church–founded and misled by the notorious, nefarious, Bible-twisting, Gospel-perverting Joel Osteen. Gray is described as a “dynamic Bible teacher, comedian, musician, singer and actor…a talented man of God” Of course, Osteen himself is given far greater accolades than that on the same website. Therefore, it’s safe to say, you can expect nothing less than flagitious (shamefully wicked) false teaching from him.
And of course, there’s Levi Lusko, another charismatic Emergent promoter of false teachers and Gospel compromisers such as Greg Laurie, and even many of the others listed at this event. They run in circles, promoting each other’s books, speaking at each other’s conferences, and fleecing each other’s sheep for cold hard cash.
But this isn’t surprising since Steven Furtick himself is quite dishonorably the biggest wolf in the pack. Furtick is a shameless promoter of himself, even once having his church put out a worship video directed toward him (which has since been removed). He creates an atmosphere of self-idolatry. He reads himself into the biblical text, even to the extent of seeing himself as the “Son of God.” He recently spoke at the infamous trinity-denier, T.D. Jakes’ church, to which he glad-handed Jake’s audience, and forked over a 35 thousand dollar check to advance Jakes’ false gospel. As a matter of fact, Steven Furtick is even pretty sure that the only sinless man who ever walked the face of this earth, Jesus Christ, was a sinner. Steven Furtick’s theology is so messed up, we even coined a new name for it—Furtick-ology, kind of like theology, only different…and wrong.
So there you have it. A theatrical extravaganza of biblical disregard for the masses. Goats will be sure to love it. There will be a torrent of motivational, ear-tickling, self-hyping speech, and plenty of dazzling lights and musical performances sure to bring any unbiblically astute “seeker” of God to full submission, reigning in the consciences of any who dare to question its validity, while slowly poisoning everyone into spiritual death.
Run!
For the time is coming when people will not endure sound teaching, but having itching ears they will accumulate for themselves teachers to suit their own passions, and will turn away from listening to the truth and wander off into myths. – 2 Timothy 4:3-4
Posted by John at 3:00 PM Links to this post