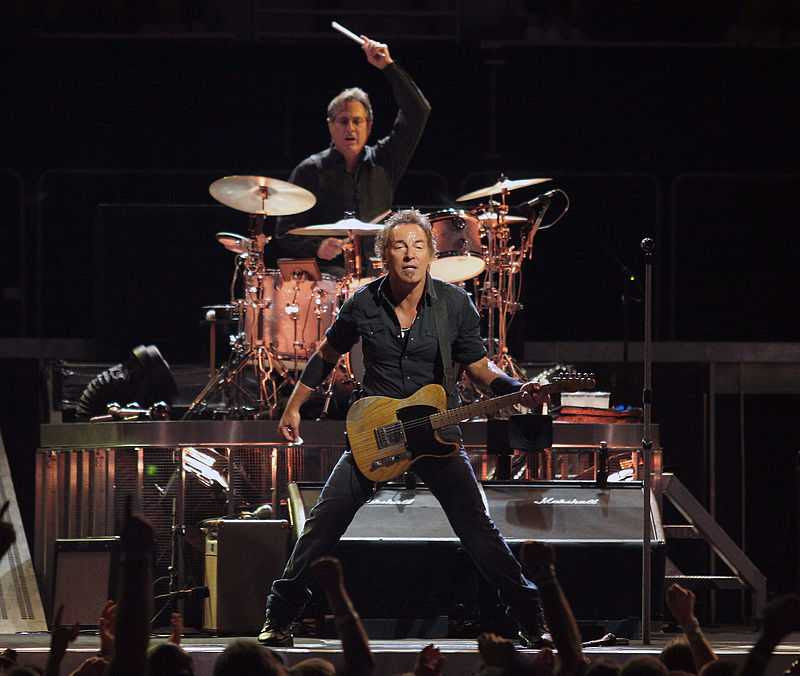 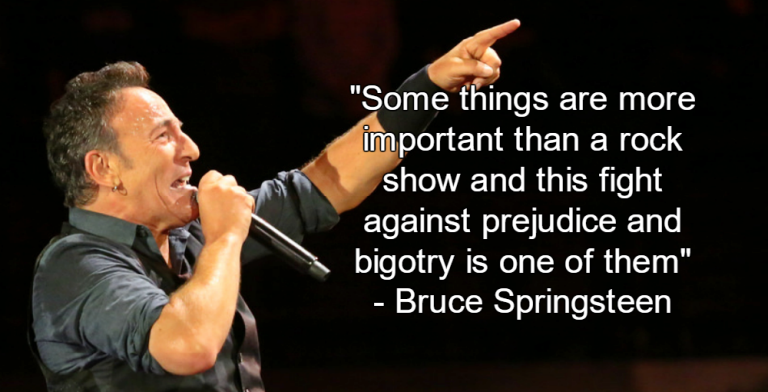 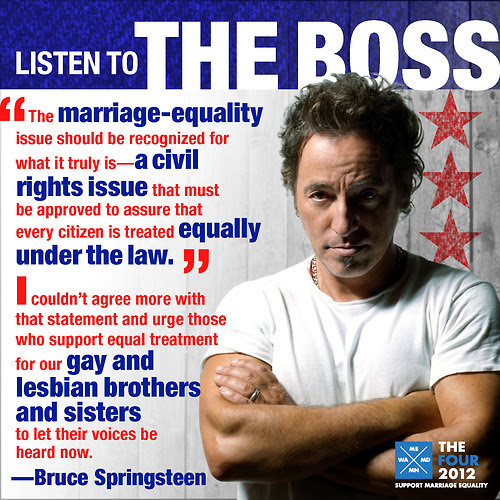 QUOTES FROM WIKIPEDIA:
https://en.wikipedia.org/wiki/Bruce_Springsteen
"Springsteen is an activist for gay rights and has spoken out many times as a strong supporter of gay marriage. In 2009, he posted the following statement on his website: "I've long believed in and have always spoken out for the rights of same sex couples and fully agree with Governor Corzine when he writes that 'The marriage-equality issue should be recognized for what it truly is—a civil rights issue that must be approved to assure that every citizen is treated equally under the law.'" In 2012, he lent his support to an ad campaign for gay marriage called "The Four 2012". Springsteen noted in the ad, "I couldn't agree more with that statement and urge those who support equal treatment for our gay and lesbian brothers and sisters to let their voices be heard now." In April 2016 he last minute cancelled a gig in Greensboro, North Carolina to protest the state's newly passed House Bill 2, which the media are referring to as the “bathroom” law. The law dictates which bathroom transgender people are permitted to use and prevents LBGT citizens to sue over human rights violations in the workplace. Springsteen released an official statement on his website. The Human Rights Campaign (HRC) celebrated Springsteen’s statement against intolerance and he has received much praise and gratitude from the LGBT community."
BRUCE SPRINGSTEEN CANCELS NORTH CAROLINA CONCERT OVER LAW ANNULLING CHARLOTTE CITY "BATHROOM BILL"
BY HEATHER CLARK
SEE: http://christiannews.net/2016/04/10/bruce-springsteen-cancels-north-carolina-concert-over-law-annulling-charlotte-bathroom-bill/;
Posted by John at 10:20 AM Links to this post