FBI DIRECTOR COMEY BLATANTLY LIED TO AMERICA TO PROTECT HILLARY
Published on Jul 6, 2016
Zero Hedge stated “ What is shocking is that the FBI director was clearly ignoring the US code itself, where in Section 793, subsection (f),"Gathering, transmitting or losing defense information", it makes it quite clear that intent is not a key consideration in a case like this when deciding to press charges, The US code states

Then Comey said this, "we cannot find a case that would support bringing criminal charges on these facts."

Comey’s statement is nothing less than a plea of bureaucratic incompetence. A tactic utilized by the Obama and Bush Administrations on a regular basis. All the FBI had to do was check their own records, as I’m sure they did. Almost exactly a year ago, Bryan H. Nishimura, pleaded guilty to "unauthorized removal and retention of classified materials" without malicious intent, precisely what Hillary Clinton was charged with.

In Her Own Words: Hillary Is Guilty As Hell!
Published on Jul 6, 2016
Crooked Hillary contradicts what FBI Director James Comey said about her in a press conference. Meanwhile most Americans are furious at the FBI's announcement that Hillary Clinton will not face criminal charges.

"The voters are going to end her lying"

BY ADAN SALAZAR
SEE: http://www.infowars.com/trump-on-nov-8-hillary-will-pay-for-her-sins/;
Posted by John at 3:06 PM Links to this post

Posted by John at 2:47 PM Links to this post 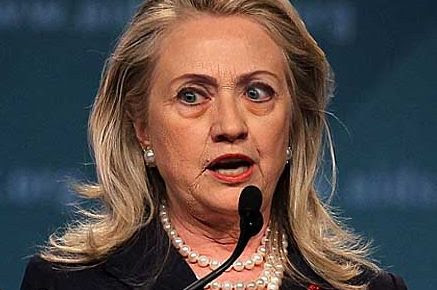