DEMOCRATS SKEWER JUDGE KAVANAUGH WHILE PAYING OFF SEX CRIMES
The self righteous Democrats have managed to at the very least stall potential Supreme Court Justice Brett Kavanaugh's nomination. Minority leader Chuck Schumer is pushing for an FBI Investigation into the allegations made by Christine Blasey Ford. Claiming that she was sexually assaulted by Kavanaugh at a High School get together. However Ford is stalling on answering to testify. While Mark Judge, Kavanaugh's high school friend and only witness to the alleged assault flatly refuses to testify. And even Diane Feinstein, the Senator responsible for entering the allegations into the nomination process has her doubts. Since 1997, $17 million tax dollars have gone to pay off the victims of Democrats like John Conyers, Al Franken, Robert C. Scott, and Ruben Kihuen. Of course there were Republican predators too. But I mention the Democrats because they are using their exclusive legislative power to smear a qualified Supreme Court Justice nominee with evidence that even they admit is questionable. While simultaneously presiding over a rigged sexual assault payoff system funding their own crimes with our tax dollars. And insisting an outright biased FBI do their dirty work. Meanwhile the House and Senate are in gridlock over updating what should be now known as the Congressional Unaccountability Act. It is hypocrisy at the highest level. 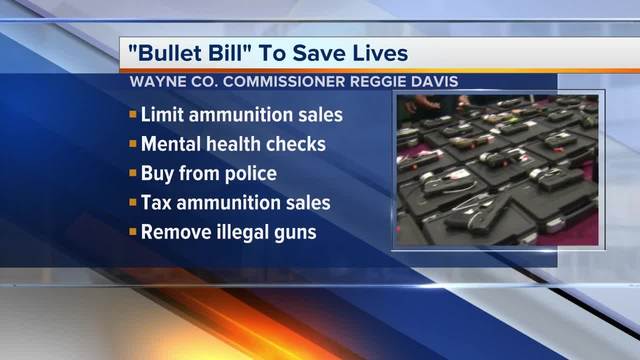 HARRISON FORD, OWNER OF ‘FLEET OF AIRCRAFT’, GROWLS ABOUT ‘CLIMATE CHANGE’ DENIERS: ‘WE KNOW WHO THEY ARE!’

HARRISON FORD, OWNER OF ‘FLEET OF AIRCRAFT’, GROWLS ABOUT ‘CLIMATE CHANGE’ DENIERS: ‘WE KNOW WHO THEY ARE!’

Saving the world by not using an electric shaver

BY KYLE OLSON
SEE: https://www.infowars.com/harrison-ford-owner-of-fleet-of-aircraft-growls-about-climate-change-deniers-we-know-who-they-are/;
Posted by John at 12:17 PM

BITTER HILLARY CLINTON IS STILL COMPLAINING ABOUT LOSING TO TRUMP

HILLARY CLINTON: TRUMP IS "PROFITING OFF THE BUSINESS OF THE PRESIDENCY"

BY STEVE WATSON
SEE: https://www.infowars.com/bitter-hillary-clinton-is-still-complaining-about-losing-to-trump/; republished below in full unedited for informational, educational and research purposes:
Hillary Clinton has still not gotten over losing the election to Donald Trump. In a new ‘afterward’ for her book (who knew that was even a thing?) she slams the President as a racist, saying that “Trump doesn’t even try to pretend he’s a president for all Americans.”
The piece, entitled ‘American Democracy Is in Crisis’ was published by The Atlantic this week, with the catchy subtitle ‘Our democratic institutions and traditions are under siege. We need to do everything we can to fight back.’
The opening sentence oozes bitterness, stating “It’s been nearly two years since Donald Trump won enough Electoral College votes to become president of the United States.”
Hillary still hasn’t gotten over her loss, still blames ‘the system’ and still hasn’t moved on.
“On the day after, in my concession speech, I said, ‘We owe him an open mind and the chance to lead.’ I hoped that my fears for our future were overblown. They were not.” Clinton writes.
Within the text, Clinton again labels Trump as an open racist, declaring “It’s hard to ignore the racial subtext of virtually everything Trump says.”
“Often, it’s not even subtext,” she adds, referring to Trump’s infamous statement that some immigrants coming to the US are from “shithole countries.”
“None of this is a mark of authenticity or a refreshing break from political correctness,” Clinton continues, adding “Hate speech isn’t ‘telling it like it is.’ It’s just hate.”
The bitter seething jumps off the page, with Clinton adding “In the roughly 21 months since he took the oath of office, Trump has sunk far below the already-low bar he set for himself in his ugly campaign,”
“Exhibit A is the unspeakable cruelty that his administration has inflicted on undocumented families arriving at the border, including separating children, some as young as eight months, from their parents.” Hillary writes, without noting that the practice was implemented under the Bush administration and allowed to continue for 8 years under Obama before Trump signed an executive order to stop it.
“Then there’s the president’s monstrous neglect of Puerto Rico,” she continues. “After Hurricane Maria ravaged the island, his administration barely responded.”
So around $20 billion in aid is barely a response, apparently.
“Some 3,000 Americans died. Now Trump flatly denies those deaths were caused by the storm,” Hillary adds.
“I don’t know whether Trump ignores the suffering of Puerto Ricans because he doesn’t know that they’re American citizens, because he assumes people with brown skin and Latino last names probably aren’t Trump fans, or because he just doesn’t have the capacity for empathy,” she writes.
Yep, Trump just hates brown people: 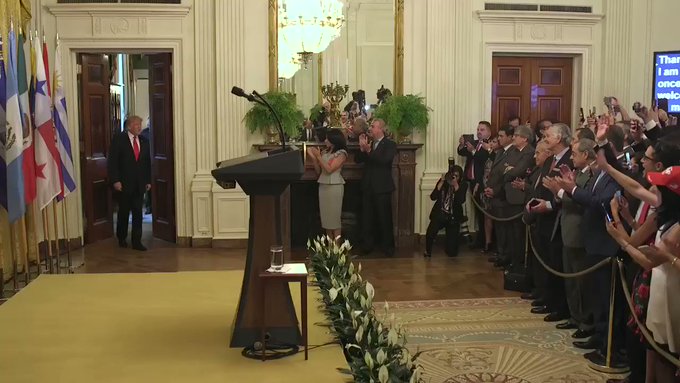 Replying to @realDonaldTrump
You have NO Mexican friends.... unless they came via Russia pic.twitter.com/W5PwofntpR

We can't show you everything! 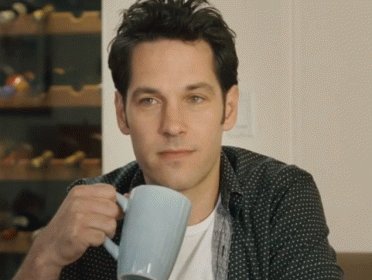 Donna@mona_cajun
Not according to Harvard's latest poll.
Trump's popularity among Hispanics in both US and Mexico is rising.
MAGA! MMGA!https://www.realclearpolitics.com/articles/2018/06/28/trumps_approval_rating_rises_among_hispanics_137382.html …

In a new Harvard/Harris poll released this week exclusively to The Hill, President Trump’s overall approval rating rose to 47 percent, just two points shy of the highest level of his...
realclearpolitics.com


They must love Hillary:

.@VotoLatino just set out an ambitious goal for 2018: register over 200,000 Latinx voters in Arizona, Florida, Nevada, North Carolina, Texas, and other key states. 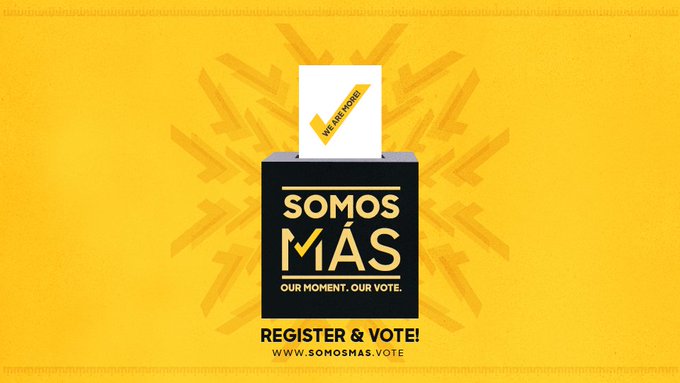 President Covfefe@JTPaar
I think Latino voters weren't too happy reading your emails & referring to them as "Taco Bowls". They are realizing, like black folks, that #DemocRATS view them as a vote and nothing more.https://www.realclearpolitics.com/articles/2018/06/28/trumps_approval_rating_rises_among_hispanics_137382.html …

In a new Harvard/Harris poll released this week exclusively to The Hill, President Trump’s overall approval rating rose to 47 percent, just two points shy of the highest level of his...
realclearpolitics.com


Towards the conclusion of her rant, Hillary delves into ‘vast right wing conspiracy’ territory, suggesting that Trump is a ‘symptom’ rather than a cause of democracy “crisis.”
“Over many years, our defenses were worn down by a small group of right-wing billionaires—people like the Mercer family and Charles and David Koch—who spent a lot of time and money building an alternative reality where science is denied, lies masquerade as truth, and paranoia flourishes,” Clinton writes.
Who is living in an alternative reality?
Syrian Girl Calls Out Nikki Haley In Being Compliant In False Flags