My name is #TommyRobinson today I am calling on the help of @realDonaldTrump his administration and the @GOP. To grant me and my family political asylum in the #UnitedStates of America.” pic.twitter.com/cnZAr6cZfG
— Painiscoming007 (@Painiscoming007) July 9, 2019  Who would (or could) have thought that political conditions of the U.K. would have deteriorated so rapidly into Islamization that a plea for asylum from a country — once a beacon of freedom — would become necessary. That time has arrived. Tommy Robinson has launched a public appeal for Donald Trump to grant him asylum as he faces imprisonment and the threat of being murdered by jihadists in jail. A petition has also gone out for Trump to grant him asylum in the U.S.

The shabby treatment of Tommy Robinson by the British justice system in failed attempts to silence him is a stain on Britain; one to match the shocking cover-up of the Muslim rape gangs — the scandal that landed Robinson in jail in the first place as he tried to deliver a live Facebook commentary on a Muslim rape gang trial outside a courthouse in Leeds. British courts were fearful about the impact of Tommy’s report, so they opted instead to protect the “rights” of Muslim rapists.

Just as the cover-up of the Muslim rape gangs that involved police, social workers and the political establishment showcased the level of systemic corruption in Britain, so, too, does the deplorable treatment of Tommy. The justice system, the media, and the political establishment have ganged up on Robinson to teach him the very lesson that Muslim labor MP Naz Shah tried to teach the victims of the Muslim rape gangs when she retweeted a tweet calling upon them to “shut up for the good of diversity.”
A little background on what Tommy has faced: he stated last year after his two month incarceration that he was “purposely” put in a prison with the largest Muslim population in the U.K. What might that reason be? Tommy stated that the state wanted him dead. His solitary confinement location for post-traumatic stress disorder — not to mention the threat to his life from Muslim inmates — was “directly opposite” the prison mosque.
His release from prison two months later came after the Lord Chief Justice of England and Wales, in an unusually blistering ruling, declared that the court proceedings against him had been illegitimate in a number of ways, and ordered his immediate release.
A retrial was then scheduled, but injustice ruled again and now, Tommy Robinson is headed back to jail after two High Court judges “found his conduct amounted to a serious interference with the administration of justice.”
Robert Spencer and David Wood discussed the Tommy Robinson verdict HERE.
There is no doubt that Tommy’s life is in grave danger in jail especially that U.K. jails are ruled by jihadists. So, now Tommy seeks asylum for himself and family in the US. He stated:
“This is a direct appeal on behalf of my family – we love the United States, I have no future here [in Britain],…The country has fallen.”
The tone of the story below is further evidence of just how far the UK has fallen.
“Tommy Robinson begs Donald Trump to grant him political asylum in US,” by Lizzie Dearden, Independent, June 8, 2019:
Tommy Robinson has launched a public appeal for Donald Trump to grant him asylum as he faces imprisonment.
The anti-Islam activist, whose real name is Stephen Yaxley-Lennon, was found to have committed contempt of court last week.
Ahead of his sentencing hearing on Thursday, Robinson appeared on the InfoWars conspiracy channel to broadcast a message to the US president.
“I beg Donald Trump, I beg the American government, to look at my case,” he said on Monday. “I need evacuation from this country because dark forces are at work.”
Robinson claimed that he would be killed if he is jailed, alleging that British prisons are “controlled by jihadi gangs”.
“This is a direct appeal on behalf of my family – we love the United States, I have no future here [in Britain],” he added. “The country has fallen.”
______________________________________________________________

Tommy Robinson 'Guilty' Until Proven Guilty
After admitting that Tommy Robinson's arrest for doing journalism outside a courthouse was a farce, and having needlessly punished him with 2 months in solitary, the court then decided to recharge him again and reconvict him again for the same incident, with a brand new set of fake charges. This video catalogs the current state of criminality within the English courts and the human rights of abuses against Tommy Robinson at the time of its making. The English government has made clear that peaceful protests will fall upon deaf ears, and real journalism will not be tolerated.
REPORT BY SARAH CORRIHER, EX BRITISH CITIZEN
Tommy Robinson Sentenced-Debbie Georgatos Discusses 7.11.19

Posted by John at 1:25 PM Links to this post

Billionaire Jeffrey Epstein in Cambridge, MA on 9/8/04. Epstein is connected with several prominent people including politicians, actors and academics. Epstein was convicted of having sex with an underage woman. 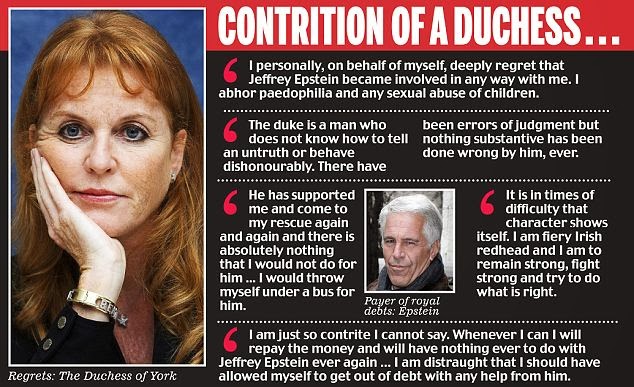 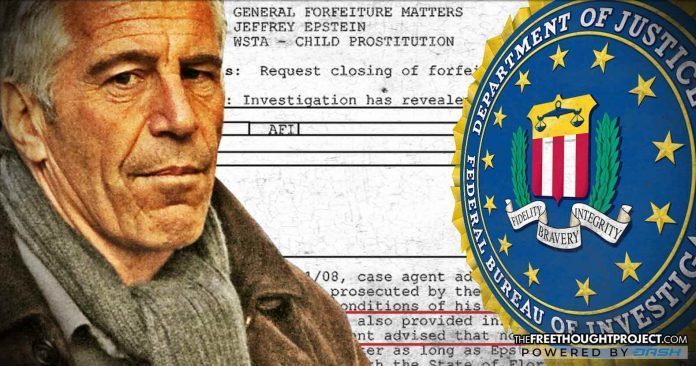 VIDEOS:
THE CHARGES
$77 MILLION TOWNHOME IN NYC WITH 7 FLOORS: 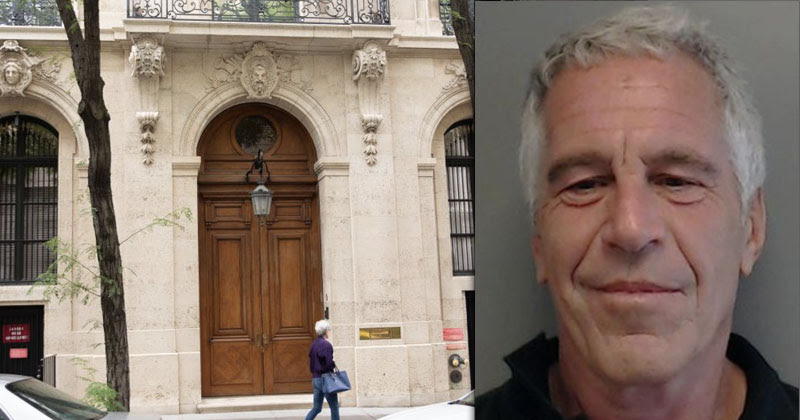 
Wealthy financier Jeffrey Epstein was charged with the sex trafficking of “dozens” of underage girls in a federal indictment unsealed Monday morning in New York in advance of a court appearance there by the onetime friend of President Donald Trump and ex-President Bill Clinton.

Posted by John at 1:03 PM Links to this post

ANTIFA'S VIOLENT COMMUNIST HISTORY EXPOSED
With the attacks on a conservative journalist in Portland, Oregon recently making headlines, new light is being shed on the radical group known as Antifa. One America's Jack Posobiec sits down with an expert on communism to learn more about the group's founding principles.
Antifa Origins & Tactics Exposed, After Andy Ngo’s Assault At Portland Protest—Jack Posobiec
The recent brutal assault on journalist Andy Ngo in Portland brings Antifa in the spotlight again. What is the longer term significance of this event, for Antifa, and America as a whole? What is Antifa exactly, and what are its historical origins? How has media coverage of Antifa influenced its behavior today? And how do anti-masking laws fit into the picture? Today we sit down with Jack Posobiec, a One America News Network host, who was once a U.S. Military Intelligence officer and later acted as Special Projects Director for Citizens for Trump. He is the author of 4D Warfare: A Doctrine for a New Generation of Politics.

WHITE HOUSE INVITES JAMES O'KEEFE TO SOCIAL MEDIA SUMMIT ON HEELS OF VERITAS' GOOGLE EXPOSE'
If you are on the inside of a big tech company,
NOW is the time to contact Project Veritas: https://www.projectveritas.com/brave/

DEMOCRAT PARTY PRESIDENTIAL CANDIDATES
SEEK TO DESTROY NATION'S BILL OF RIGHTS
BY ROGER KATZ
SEE: https://www.ammoland.com/2019/07/democratic-party-presidential-candidates-seek-destroy-nations-bill-of-rights/;
Posted by John at 10:56 AM Links to this post

BORDER PATROL RELEASES VIDEO SHOWING HOW REP. ALEXANDRA OCASIO CORTEZ LIED TO AMERICANS
Socialist Rep. Alexandria Ocasio-Cortez made some highly controversial and misleading comments earlier this week about a migrant detention facility. In response, the U.S. Customs and Border Patrol released a video proving that she lied by claiming that migrant women are being forced to drink water from the toilet. See the report here: https://youtu.be/LYtP0jvUCmc

IN WAKE OF BETH MOORE CRISIS, SOME EVANGELICALS WARN PEOPLE AGAINST DISCERNMENT 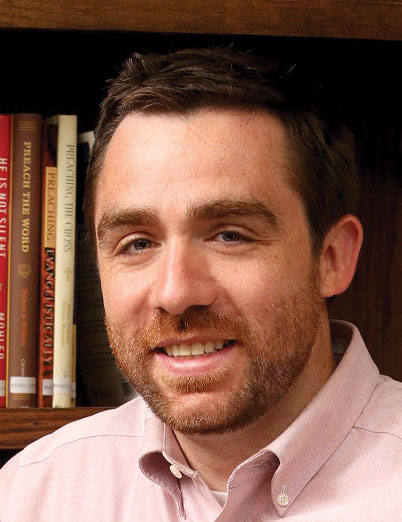 MATT EMERSON, PASTOR
IN WAKE OF BETH MOORE CRISIS, SOME EVANGELICALS WARN PEOPLE AGAINST DISCERNMENT
SEE: https://pulpitandpen.org/2019/07/05/in-wake-of-beth-moore-crisis-some-evangelicals-warn-people-against-discernment/;
Posted by John at 10:19 AM Links to this post