DOCTOR BROWN REACHES OUT TO
LESBIAN SINGER VICKY BEECHING;
IMPLORES HER NOT TO REWRITE THE BIBLE
TO ALLOW FOR HER "CHRISTIAN LESBIANISM":
Published on Aug 19, 2014
Dr. Brown responds to statements made by Vicky Beeching, the well-known worship leader who has now come out as openly gay and supportive of committed homosexual relationships. Dr. Brown also interacts with British journalist Peter Ormerod.

"BRIDGING FROM THE WORLD TO THE KINGDOM"~AN UNBIBLICAL TWO WAY THOROFARE ~BUILT WITH TITHES & OFFERINGS ALONE, OR GOVERNMENT MONEY TOO?~POSSIBLE USE AS FEMA "COMMUNITY" DETENTION FACILITY?

"THE BRIDGE" TO WHOSE KINGDOM?

SEE: http://christiannews.net/2014/08/27/alabama-megachurch-builds-26-million-entertainment-center-with-bowling-alley-night-club/;
EXCERPTS:
“We believe we can really meet the needs of the community,” leader Michael Moore, author of the book Rich is Not a Bad Word, told AL.com. “It will bridge people from the world to the Kingdom.”
According to reports, the facility features—among other amenities—a 12-lane bowling alley, a basketball court, a fitness center, a banquet hall and cafe, a teen dance club, and an adult alcohol and smoke-free night club. He said that the open house held in July served in part to announce the six-dome structure, called “The Bridge,” to the community, and to “inspire” other churches nationwide to build similar facilities. “Now we want the world to know,” Moore explained. “Our church wants to be an inspiration.”

Revelation 3:16-"So then because thou art lukewarm, and neither cold nor hot,
I will spue thee out of my mouth."
IN WYLAM (BIRMINGHAM) ALABAMA
LIES THE ULTIMATE IN CHURCH CAMPUSES;
DESPITE HAVING AN
"ECONOMICALLY DISADVANTAGED" POPULACE:

THE WORLD'S "DISADVANTAGED" PLAY HERE
AT THE ENTERTAINMENT COMPLEX
AND GET "INTRODUCED TO CHURCH":
CAMPUS PICTURES: 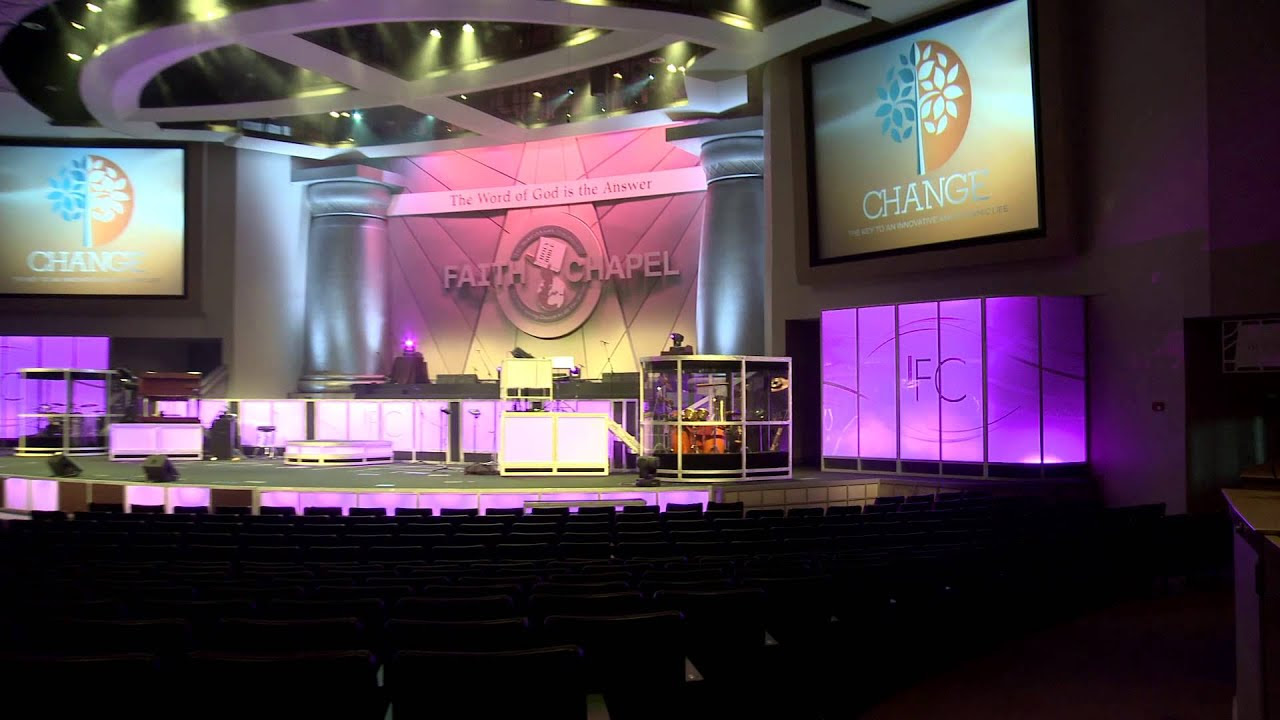 WELCOME TO THE FEMA DOME: 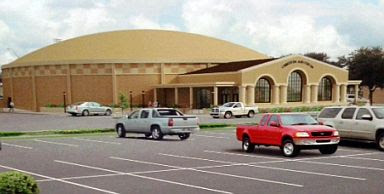 ABOVE PICTURE BY MLMARCH.COM
SEE: http://www.infowars.com/fema-building-pricey-domes-for-your-safety/; republished below in full unedited for informational, educational, and research purposes:
by ADAN SALAZAR | INFOWARS.COM | AUGUST 27, 2014:

“Officials have started construction on one of their safe rooms,” reports KRGV. “They’re expected to be completed in a year.”

The Federal Emergency Management Agency is offering partial funding for construction of “safe domes” across Texas’ southern coastal region that will purportedly serve to shelter area emergency first responders and citizens “that are very difficult to evacuate in hazardous weather events.”


FEMA is supposedly footing a majority of the bill for the Texas Safe Shelter Initiative, an ambitious program started in 2010 which sought to erect about 35 expensive, domed structures in communities along the state’s coastline.


Many of the domes, which can cost small towns anywhere from just under a million dollars to more than $10 million, will ideally be outfitted with generators, trucks and emergency supplies, and can hold anywhere from 1,000 to 4,000 people depending on the circumstances. They will also double as community centers and gymnasiums while they’re not being used for emergencies.


The largely federally-funded igloo-like buildings have already cropped up in Central Texas towns like Edna, with a population of under 6,000, and North Texas towns such as Kountze and Lumberton, where the project already proved to be a boondoggle for the local economy.
Earlier this year in March, Lumberton ISD Superintendent John Valastro revealed the district had only secured partial funding to begin construction on the town’s Performing Arts Center dome, located near Lumberton High School.
In a stunning admission, Valastro told the Beaumont Enterprise the district opted to go ahead with the $9 million project, knowing full well they would be $4 million short before construction was completed.
FEMA had enticed Lumberton school officials by offering a $3 million grant towards the dome’s construction.
“When people say, ‘Why did you start something you can’t finish,’ well, I can give you three million reasons,” Valastro told the Enterprise. “$3 million from a grant is something we weren’t going to get again.”
While the auditorium did eventually get built (it’s touted on contractor ABCDomes.com‘s website), the FEMA money was only applied to construction costs and materials, leaving the town on the hook for $6.5 million to complete the project.
What’s worse is FEMA funds are “reimbursement grants,” meaning local municipalities have to “weather” the costs until the federal government decides to loosen its purse strings.
There are also questions regarding the domes’ costs compared to their efficiency. In Texas’ Rio Grande Valley, for instance, the nine domes being built, using tax payer funds, would only have the capacity to shelter 2.8 percent of the area’s population (about 36,000 people, according to census data). The rest would have to hunker down or endure heavily-trafficked evacuation routes.
Moreover, during emergencies the domes will only be used to house special populations: mainly city officials and first responders, and lastly displaced citizens.
For many, FEMA and “domes” will forever be inextricably linked ever since the agency’s bungled response to the 2005 Hurricane Katrina crisis in New Orleans, where for several days thousands of people crammed into the ill-equipped Louisiana Superdome.
During that debacle, between 15 and 20,000 evacuees packed the stadium previously used to house sporting events, suffering through unsanitary conditions and rampant violence and criminality. The structure lacked basic necessities like food, water and electricity, and several people died.
In the aftermath of the catastrophic event, FEMA leaders admitted in federal testimony that calls for help regarding the dire circumstances inside the dome were ignored, even when officials were told that several people inside were “near death.”
In light of its shoddy-at-best track record, FEMA’s move to match funds for “safe domes” is seemingly a further attempt by the federal government to dig its talons into small, rural communities under the guise of providing “safe” structures.
Despite that many will perceive the domes to be cleverly-disguised “FEMA camps” – which could potentially be used to shelter destitute populations during emergencies, such as a financial collapse – they also provide ample opportunities for the feds to weasel into Smalltown, USA and squander its pocketbooks.
_________________________________________________________