SICKENING! CNN TELLS NON-MUSLIM VIEWERS HOW TO BEHAVE DURING RAMADAN

SICKENING! CNN TELLS NON-MUSLIM VIEWERS HOW TO BEHAVE DURING RAMADAN
Alex Jones breaks down a list issued by CNN that instructs non-Muslims how to behave during Ramadan, so that nobody offends the sensitive Muslims celebrating their religious holiday.
SEE: https://www.cnn.com/travel/article/ramadan-non-muslims-etiquette-guide/index.html
Posted by John at 4:56 PM Links to this post

JIHADI CULT MEMBER RUNNING FOR CONGRESS AS DEMOCRAT FROM ALASKA

WASILLA, ALASKA'S "PROGRESSIVE (LIBERAL) & INTERFAITH" JIHADIST MUSLIM DEMOCRAT, WAS A SOCIALIST BERNIE SANDERS SUPPORTER
ISLAMIC LIES & DECEPTION SANCTIONED BY THE KORAN:
The Islamic Post notes that upon arriving in Alaska, he immediately went to a Bible study “as part of their interfaith studies and efforts to build bridges between adherents of the two faiths, Islam and Christianity.” 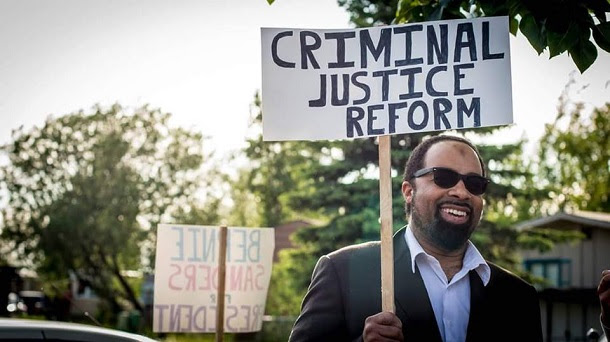 JIHADI CULT MEMBER RUNNING FOR CONGRESS AS DEMOCRAT FROM ALASKA
BY ROBERT SPENCER
SEE: https://www.jihadwatch.org/2018/05/jihadi-cult-member-running-for-congress-as-democrat-from-alaska; republished below in full unedited for informational, educational, and research purposes:

“The group that Greg Jones belongs to is led by a terror-linked cleric in Pakistan named Sheikh Mubarak Ali Gilani….The group has been continually under investigation because of its criminal and terrorist activity since the 1970s, including a raid on its guerilla training camp in Colorado in 1992. In October 2017, a letter from the Justice Department to the Clarion Project confirmed that an investigation into Jones’ group is ongoing. And newly-declassified FBI reports from 2009 to 2011 show that FBI offices still view MOA as an extremist threat.”
It sounds as if Greg Jones will fit right in with the Democrats in Congress. 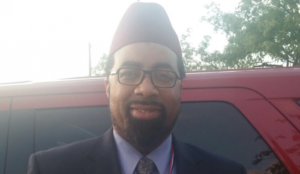 “Jihadi Cult Member Files to Run for Congress,” by Ryan Mauro, Clarion Project, May 16, 2018 (thanks to Blazing Cat Fur):
A member of Muslims of the Americas (MOA), an Islamist hate group that cultishly follows a jihadist cleric in Pakistan, is running for Congress in Alaska. He is the second member of MOA to announce a congressional run this year, following Tahirah Amatul-Wadud in Massachusetts.
In 2016, Gregory “Shoaib” Jones was a delegate for Senator Bernie Sanders at the Democratic National Convention and ran for the Alaska state House in District 8. His deep involvement with MOA was exposed by the Clarion Project at the time, triggering a statewide controversy.
Now, Jones is running for Congress and styling himself as a progressive interfaith leader. If Jones wins the Democratic primary for the at-large congressional district, he will face Republican Rep. Don Young in the general election.
The group that Greg Jones belongs to is led by a terror-linked cleric in Pakistan named Sheikh Mubarak Ali Gilani. It claims to have 22 “Islamic villages” in America, including its “Islamberg” headquarters.
The group has been continually under investigation because of its criminal and terrorist activity since the 1970s, including a raid on its guerilla training camp in Colorado in 1992.
In October 2017, a letter from the Justice Department to the Clarion Project confirmed that an investigation into Jones’ group is ongoing. And newly-declassified FBI reports from 2009 to 2011 show that FBI offices still view MOA as an extremist threat.
MOA’s extremist and anti-Semitic ideology is thoroughly documented, as is its history of paramilitary-type activity. Today, it is openly urging Muslims to support the Hizbul Mujahideen terrorist group in Kashmir and Pakistan.
The Clarion Project has an entire comprehensive website about the group and its state-by-state activity here.
Despite all of this documentation and Greg Jones’ admitted membership in MOA and trips to Pakistan, the media turned Anchorage Assemblywoman and radio host Amy Demboski into the state’s biggest villain when she merely mentioned the issue.
Demboski even had Jones on her radio show to tell his side of the story. On her show, he confirmed that he is a member of MOA. When asked whether he’s gone to Pakistan, he initially avoided answering and then admitted he had gone there and has met Sheikh Gilani. Jones further confirmed that Gilani continues to lead the group to which he belongs.
Jones said that Demboski had put him and his family in danger. He wrote an op-ed calling on her to “apologize or step down.” When Jones and his wife publicly confronted Demboski, they got a standing ovation in the assembly.
The Alaskan Democrats published a press release on December 7, 2016, titled, “Democrats Stand With Greg Jones.” State Party Chair Casey Steinau said she was “saddened and outraged” by the “anti-Muslim rhetoric” of Demboski.
The Alaska Democratic Party did not explain how MOA’s radical ideology is compatible with its progressive values.
Demobski, for merely mentioning a candidate’s admitted membership in a hate group, faced a pile-on in the media. Heavily biased and often inaccurate reporting making Demboski look like a nonsensical bigot appeared in KTUU, Anchorage Press, Alaska Commons, KTVA, Alaska Public Media, Talking Points Memo, Midnight Sun and Anchorage Daily News (in fairness, at least Anchorage Daily News published an op-ed by Demboski defending herself).
“I was the focus of a robust public campaign to vilify my character and intimidate me to back down; I received threats against my person and property, as well as harassing phone calls. But in the end, like many Alaskans, I don’t back down when truth is on my side,” Demboski told the Clarion Project.
Demboski provided us with just a sampling of the harassment she experienced, though she emphasized she doesn’t consider herself to be a victim. The vile messages included numerous wishes for her to die, expressions of hate and graphic insults that cannot be repeated here. One pledged to burn American flags in front of her home.
Now, the issue is resurfacing, but this time, Demboski is vindicated by the Clarion Project’s release of documents from a FBI counter-terrorism investigation into MOA in Alaska from 2009 to 2010, with additional FBI reports from 2011.
The documents indicate that MOA figures in the state—perhaps including Greg Jones himself—were placed under surveillance.
________________________________________________________
SEE ALSO:
http://waytojesus.org/report-terror-cult-member-a-bernie-delegate/
EXCERPTS:
"Its report explains that Jamaat ul-Fuqra is not a social club.

“Jamaat ul-Fuqra currently goes by the name of Muslims of the Americas and denies Fuqra’s existence. It changed its name after being involved in a series of terrorist attacks and plots in the 1980s and early 1990s. The State Department included Fuqra in its annual terrorism reports until 2000, describing Fuqra as an ‘Islamic sect that seeks to purify Islam through violence.’”
Clarion’s report said: “It is best known for its ‘Islamberg’ headquarters in New York where guerrilla training of women has occurred. … It claims to have 22 ‘Islamic villages’ in 12 states. The report identified Sheikh Mubarak Ali Gilani as the “cult leader” who runs Jamaat al-Fuqra and MOA."
_________________________________________________________
SEE OUR PREVIOUS POSTS: 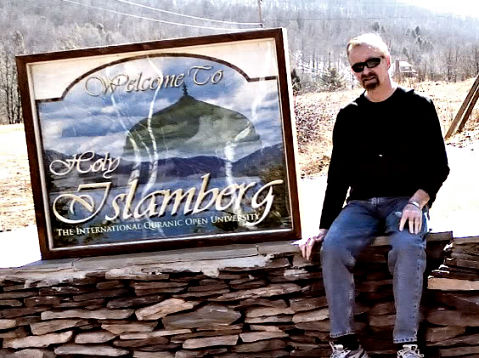 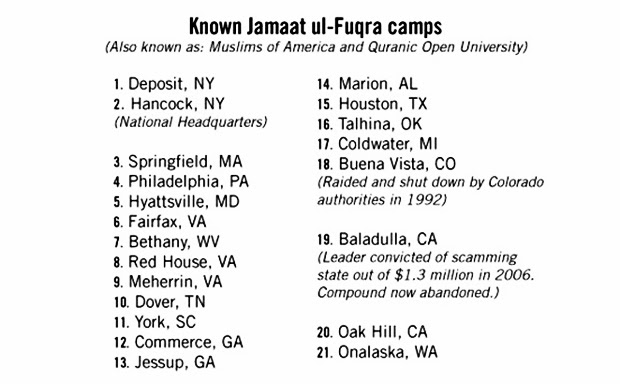 TURKEY CALLS FOR WORLD WAR THREE
Turkey’s President Erdogan is emerging as a true tyrant that could launch WW3. Erdogan has booted the Israeli Ambassador out of Turkey labeling the recent clash on the Gaza border....genocide. A protest of the US Embassy moving to Jerusalem between Palestinians and Israeli troops that left thousands wounded and 62 dead. Turkish Prime Minister Binali Yildirim called for a summit of the Organization of Islamic Cooperation (OIC).

BY MIKAEL THALEN
SEE: https://www.infowars.com/north-korea-no-summit-if-u-s-demands-unilateral-denuclearization/; republished below in full unedited for informational, educational, and research purposes:
North Korea threatened to pull out of next month’s summit with the United States over demands that it agree to immediate and unilateral denuclearization.
In a statement Wednesday from North Korea’s First Vice Minister of Foreign Affairs Kim Kye Gwan, Pyongyang accused the U.S. of jeopardizing the current détente with unrealistic demands and “unbridled remarks.”

And here it is: the English-language translation of N. Korea's latest statement, taking aim pretty clearly at John Bolton. 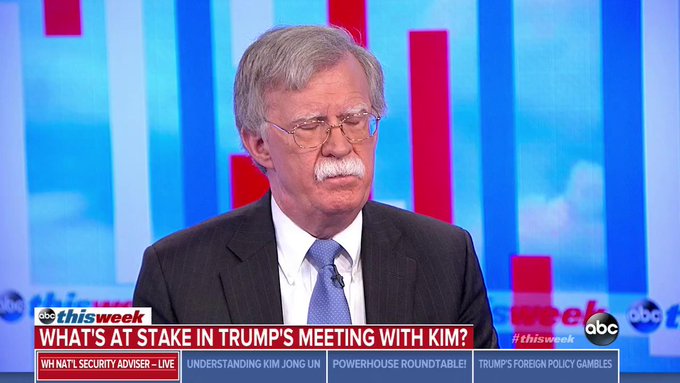 
Libyan leader Muammar Gaddafi voluntarily ended his country’s pursuit of nuclear weapons at the behest of the U.S. in 2003 in exchange for relief from economic sanctions – only to be later overthrown and killed by U.S.-backed insurgents in 2011.
When asked about the Libya nuclear deal during the U.S.-backed campaign in the country, Bolton, who even called for Gaddafi’s assassination at the time, suggested the deal was never meant to provide protection “in perpetuity.”
“Nobody at the time thought it was a get-out-of-jail-free card in perpetuity,” Bolton said.

North Korea pointed to the death of Gadaffi as proof of U.S. ill will and as yet another reason for needing a credible nuclear deterrent.
“It was fully exposed before the world that ‘Libya’s nuclear dismantlement,’ much touted by the U.S. in the past, turned out to be a mode of aggression whereby the latter coaxed the former with such sweet words as ‘guarantee of security’ and ‘improvement of relations’ to disarm itself and then swallowed it up by force,” North Korean media said in 2011.
Analysts have accused Bolton of proposing the Libya model in an attempt to derail the upcoming summit between Kim and U.S. President Donald Trump.
“Bolton is no doubt already telling Trump ‘See, I told you so,'” arms control expert Kingston Reif argued on Twitter Tuesday. “Bolton knew exactly what he was doing in repeatedly setting the (wildly unrealistic) expectation for the summit at immediate, Libya-style denuclearization – in return for nothing until that is achieved.”
Bolton, who has long advocated for military action against North Korea, admitted in a March interview with Fox News that his support of the summit stemmed purely from his belief that it would ultimately fail.
Gwan further noted in his Wednesday statement that Libya’s nuclear program, which never produced a nuclear weapon, is not comparable to North Korea’s.
“World knows too well that our country is neither Libya nor Iraq which have met miserable fate. It is absolutely absurd to dare compare the DPRK, a nuclear weapon state, to Libya which had been at the initial stage of nuclear development,” Gwan wrote. “We shed light on the quality of Bolton already in the past, and we do not hide our feeling of repugnance towards him.”

North Korea, which has never publicly stated an intention to hand over its nuclear weapons, continued to stand by its original proposal: the denuclearization of the Korean Peninsula, meaning, at minimum, the removal of South Korea from the U.S. nuclear umbrella, once the U.S. hostile policy ends.

Gwan also stressed that North Korea’s latest actions, including its freeze on missile and nuclear weapons testing as well as the planned closure of the Punggye-ri nuclear test site, came not as the result of international sanctions but from Pyongyang’s completion of its nuclear force.
“[T]he U.S. is miscalculating the magnanimity and broad-minded initiatives of the DPRK as signs of weakness and trying to embellish and advertise as if these are the product of its sanctions and pressure,” Gwan said. “The U.S. is trumpeting as if it would offer economic compensation and benefit in case we abandon nuke. But we have never had any expectation of U.S. support in carrying out our economic construction and will not at all make such a deal in future, either.”
The statement closed with North Korea’s clearest explanation yet of its unwillingness to relinquish its nuclear weapons based on U.S. demands.
“If the Trump administration takes an approach to the DPRK-U.S. summit with sincerity for improved DPRK-U.S. relations, it will receive a deserved response from us,” Gwan said. “However, if the U.S. is trying to drive us into a corner to force our unilateral nuclear abandonment, we will no longer be interested in such dialogue and cannot but reconsider our proceeding to the DPRK-U.S. summit.”
White House spokeswoman Sarah Huckabee Sanders responded by stating the Trump administration remains hopeful that the summit, set for June 12 in Singapore, will still take place.
Sanders also attempted to distance Trump from Bolton’s comments when questioned by reporters, arguing she had no knowledge of the Libya model being used for North Korea.
“I haven’t seen that as part of any discussions, so I’m not aware that that’s a model that we’re using…” Sanders said. “This is the President Trump model. He’s going to run this the way he sees fit.”
___________________________________________________


SEE ALSO:
https://www.thenewamerican.com/usnews/foreign-policy/item/29065-north-koreans-unhappy-over-u-s-south-korean-military-drills-threaten-to-call-off-kim-trump-talk
Posted by John at 9:06 AM Links to this post