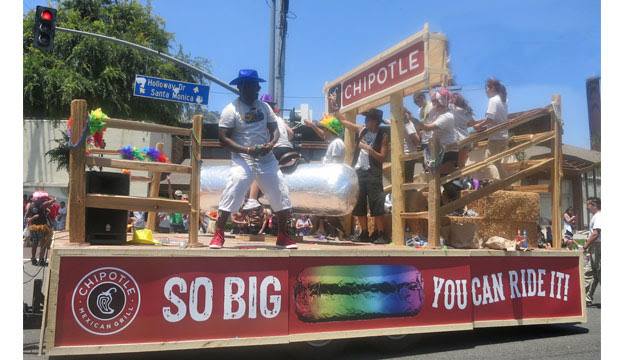 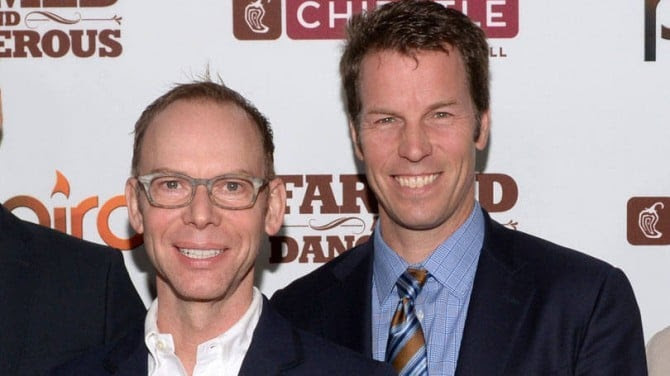 EXCERPT: "According to a filing posted by the company last Friday, Mr. Ells and Mr. Moran earned $28.9 million and $28.2 million, respectively, last year. Ells also took home $41.6 million last year through exercising stock options. In 2013, they each took home around $23 million. Ells and Moran probably deserve the salary. In 2014, the company's stock price increased 30%. Today, the company has a market cap of $21 billion." 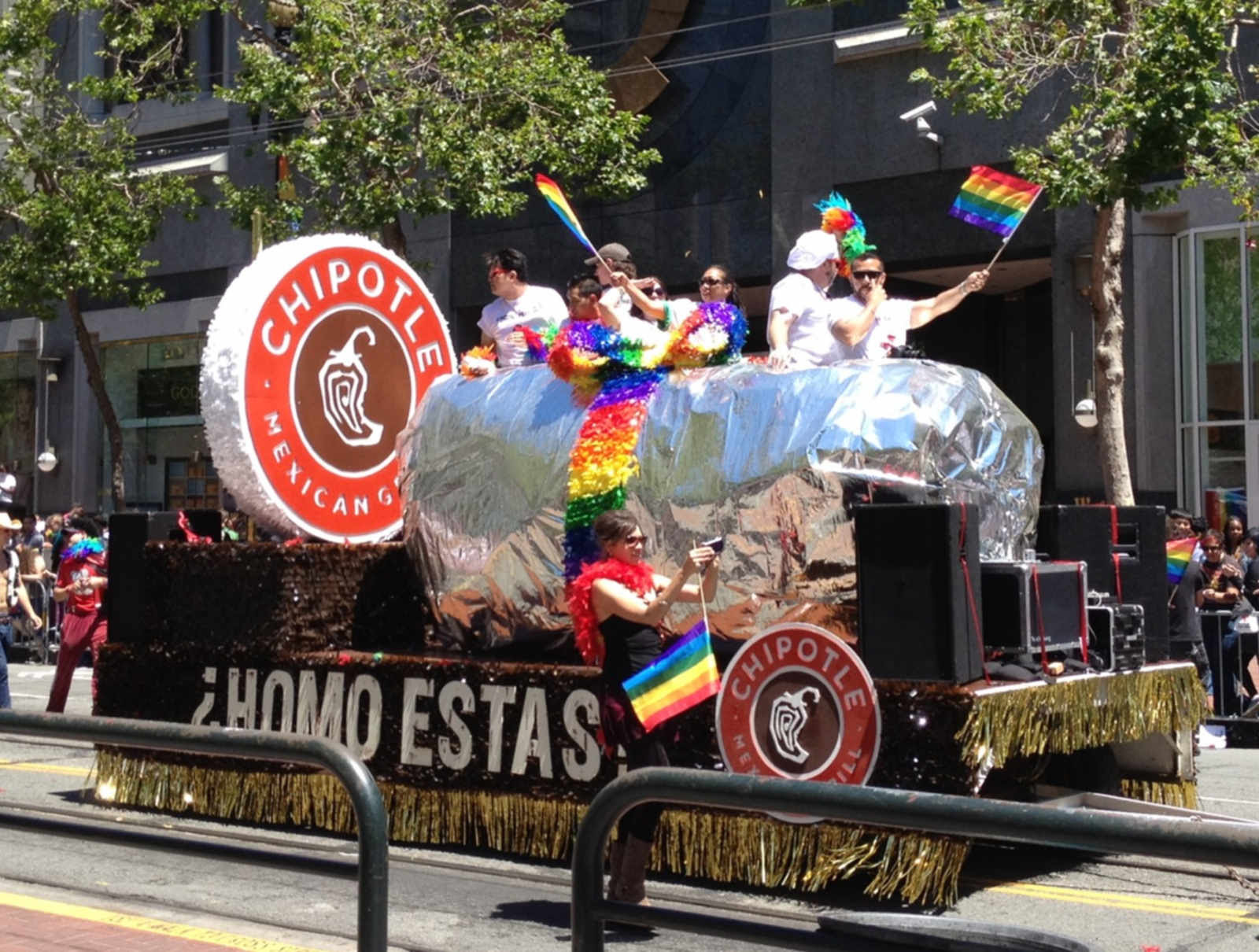 BY HEATHER CLARK
SEE: http://christiannews.net/2016/02/09/embattled-homosexual-activist-tex-mex-chain-shuts-down-for-hours-after-making-hundreds-sick/; republished below in full unedited for informational, educational, and research purposes:

DENVER, Co. — The embattled Tex-Mex restaurant chain Chipotle, which was founded by an open homosexual and is known for being vocal for its support for “gay rights,” closed all of its more than 2,000 restaurants on Monday to address the food safety issues that have plagued the company nationwide.
According to reports, Chipotle officials held a virtual town hall meeting with employees to discuss necessary changes after over 500 customers reported becoming sick after eating the food chain since last July. The company dealt with accusations of making consumers ill with the norovirus, salmonella and E. coli and was leveled with a lawsuit over the matter.
Chipotle co-CEO Monty Moran told reporters that part of the problem was caused by employees who came to work sick. He advised the more than 50,000 employees in Monday’s meeting to stay home if they don’t feel well.
“The two norovirus outbreaks were likely caused by a mistake—specifically, employees coming to work sick,” he stated. “If you’re feeling sick, especially if you’ve vomited, whether at work or at home, you need to let your manager or your field leader know right away.”
However, he outlined that the salmonella outbreak likely stemmed from chopped tomatoes. As a result, Chipotle now washes and dices tomatoes in central locations, and ships the ready-to-use tomatoes to its restaurants nationwide. The company is not sure as to the cause of E. coli contamination in over a dozen states.
As an incentive to regain the trust of consumers, Chipotle announced on Monday that it was offering a free burrito to those who were inconvenienced by the four-hour shutdown for the food safety meeting.
“If we messed up your lunch plans today, follow the steps and we’ll hook you up,” it posted on its website in a promotion that ended at 6 p.m. last night.
“People will come back,” Chipotle founder and co-CEO Steve Ells told employees during the meeting.
As previously reported, Ells is an open homosexual, and the company has participated in numerous homosexual pride events nationwide, including the Capital Pride parade in Washington, D.C. and the Philly Pride parade in Philadelphia.
In 2013, the chain utilized a float upon which sat a man riding a giant burrito wrapped in tin foil. On the side of the float was a sign that read “So big you can ride it,” with an image of a rainbow-wrapped burrito in the center. Some considered the float as being sexually suggestive or making a reference to sodomy.
Employees have also been known to wear “Homo estas?” t-shirts—a pun of “Como estas?” which means “How are you?” in Spanish. Last July, following the U.S. Supreme Court “gay marriage” decision, the company Tweeted “Homo estas? Very well, thank you. #lovewins”
The company also distributed flyers at gay pride events last year that read “Homo estas” and asked “Which way do you sway?” On each side of the question was a pin, one of which said “I Eat Tacos” and the other reading “I Eat Burritos.” Outlets referred to the flyers as being “provocative” and making a “not-so-subtle … genital reference of burritos and tacos.”

Posted by John at 6:27 PM Links to this post

Posted by John at 6:02 PM Links to this post

MANDATORY MENTAL ILLNESS SCREENING AND THE DRIVE TO CONFISCATE FIREARMS

Government study says half of all Americans suffer from mental illness

BY KURT NIMMO
SEE: http://www.infowars.com/mandatory-mental-illness-screening-and-the-drive-to-confiscate-firearms/; republished below in full unedited for informational, educational, and research purposes:

On Sunday in his weekly column Ron Paul discussed a recommendation by the United States Preventive Services Task Force.

The recommendation calls mental health screening of all Americans. “The task force wants to force health insurance companies to pay for the screening. Basic economics, as well as the Obamacare disaster, should have shown this task force that government health insurance mandates harm Americans,” writes Paul.
In addition to the economic aspects of the recommendation, Dr. Paul mentions the draconian effect it will have on the Second Amendment and the constitutionally guaranteed right to own firearms.
“Mandatory depression screening will not just raise insurance costs. In order to ensure that the screening mandate is being properly implemented, the government will need to create a database containing the results of the screenings. Those anti-gun politicians who want to forbid anyone labeled ‘mentally ill’ from owning a firearm will no doubt want to use this database as a tool to deprive individuals of their Second Amendment rights,” he writes.
In January the US Department of Health and Human Services modified the government’s Health Insurance Portability and Accountability Act of 1996 (HIPAA) Privacy Rule “to expressly permit certain HIPAA covered entities to disclose to the National Instant Criminal Background Check System (NICS) the identities of individuals who are subject to a Federal ‘mental health prohibitor’ that disqualifies them from shipping, transporting, possessing, or receiving a firearm.”
Obama announced the new rule as he prepared to implement an executive order to “address surging gun violence,” a euphemism used to mask the real purpose of the government’s anti-gun agenda.
“If the preventive task force has its way, Americans could lose their Second Amendment, and possibly other, rights simply because they happened to undergo their mandatory depression screening when they were coping with a loved one’s passing or a divorce, or simply having a bad day,” Paul continues. “As anyone who has been mistakenly placed on the terrorist watch list can attest, it is very difficult to get off a government database even when the government clearly is in error. Thus, anyone mistakenly labeled as depressed will have to spend a great deal of time and money in what may be a futile attempt to get his rights back.”
For the government mandatory mental health screening is an ideal mechanism for stripping Americans of their right to own firearms. As Ron Paul notes, even “mental health professionals acknowledge that there is a great deal of subjectivity in mental health diagnosis.”
According to statistics compiled by the Kim Foundation 57.7 million Americans (26.2 percent) ages 18 and older or about one in four adults suffer from a diagnosable mental disorder.
But this is only the tip of the iceberg according to the government. A National Institute of Mental Health survey conducted between 2001 and 2003, found that 46 percent of Americans met criteria established by the American Psychiatric Association for having had mental illness. The categories included: anxiety disorders, phobias, post-traumatic stress disorder (PTSD), “mood disorders,” “impulse-control disorders,” and a wide range of behavioral problems.
If the government and activists opposed to the Second Amendment have their way nearly half of all Americans will be denied their constitutional right to own a firearm.
As usual California leads the way. On New Year’s Day AB 1014 went into effect. The law allows police to confiscate firearms from an individual if a family member believes “gun safety” is an issue. California Gov. Jerry Brown signed the law after the 2014 shooting by Elliot Rodger near the University of California.

Posted by John at 5:49 PM Links to this post 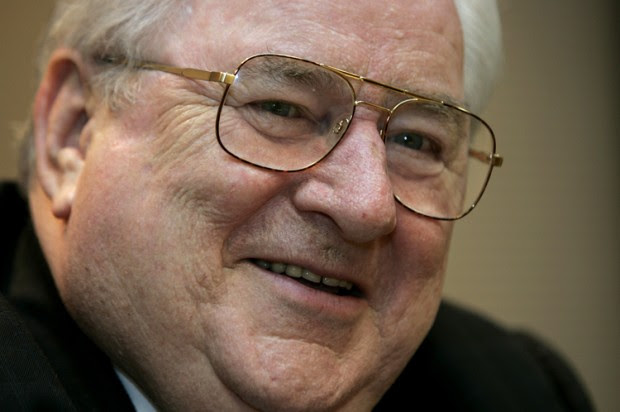 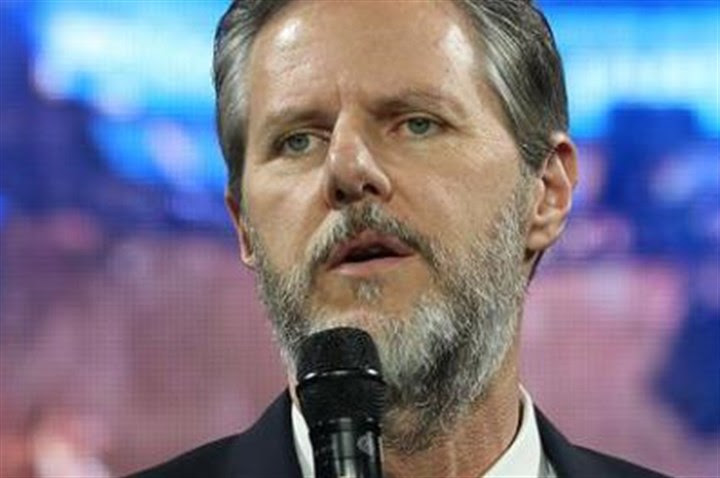 SEE: http://www.wayoflife.org/index_files/jerry_falwell_the_billy_graham.html; republished below in full unedited for informational, educational, and research purposes:

BARBARA BUSH MAKES CASE FOR WHY SON JEB IS FIT TO BE PRESIDENT?

MOTHER & SON: THE MOM FACTOR
BARBARA BUSH MAKES CASE FOR WHY
JEB IS FIT TO BE PRESIDENT
HIS QUALIFICATIONS:
"HE'S POLITE & DOESN'T BRAG"?

Posted by John at 5:16 PM Links to this post