INTERVIEW WITH JOHN GUANDOLO, VETERAN,
EX MARINE, EX FBI AGENT ON THE
THREAT OF SHARIA & JIHADISM
John Guandolo, founder of UnderstandingTheThreat.com, talks about the threat of Sharia law and how there is no true Muslim that doesn't believe in it. Follow Debbie Georgatos! WEBSITE: http://americacanwetalk.org FACEBOOK: https://www.facebook.com/AmericaCanWe... Author of Ladies, Can We Talk, a book that inspires women to recognize our influence on our country’s future, through our power in the voting booth, and our increased participation in the national political conversation.
Posted by John at 11:13 AM Links to this post

WARNING TO AMERICAN JEWS: WAKE UP BEFORE IT'S TOO LATE! 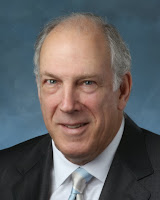