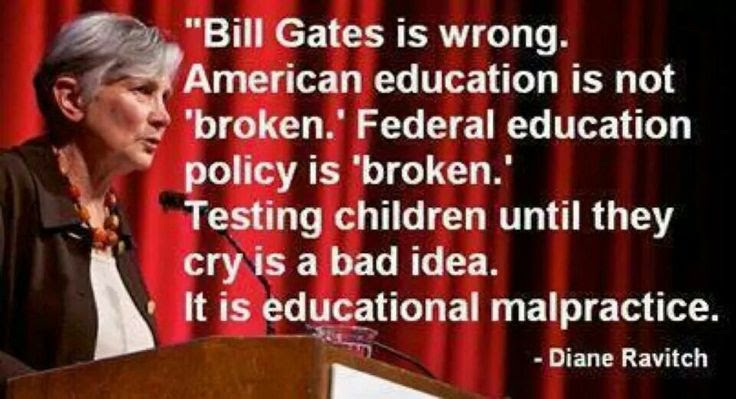 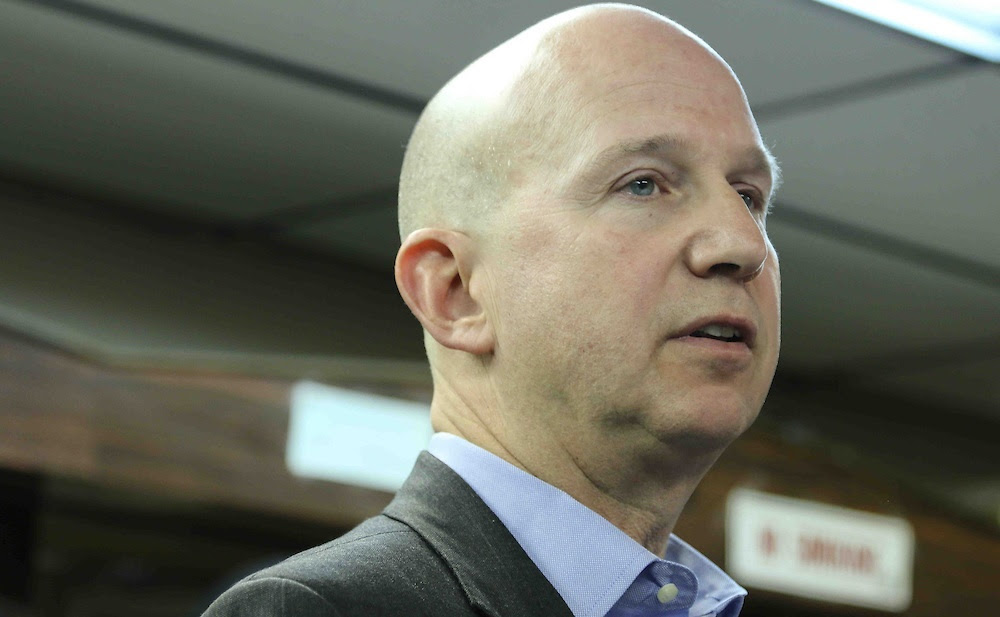 JACK MARKELL, GOVERNOR OF DELAWARE TAKES ISSUE WITH ANTI-COMMON CORE WRITER/SPEAKER
SEE: http://www.nytimes.com/2016/07/31/opinion/sunday/common-core-regrets.html?_r=1; republished below in full unedited for informational, educational, and research purposes:
EXCERPT:
To the Editor: Re “Renouncing the Common Core” (Sunday Review, July 24):
Diane Ravitch perpetuates myths about the Common Core and doesn’t match reality. In Delaware — and in a majority of states — students of all backgrounds and income levels are rising to the challenge of higher standards and are gaining the skills they need to meet the demands of college and the workplace. While assessments aligned to the Common Core are just one measure of student performance, they are showing progress.
Recent test results in Delaware show that students improved nearly across the board in both English and mathematics. We also saw improvement among our students with disabilities, English language learners, low-income and minorities. The hard work of teachers, parents and students is paying off.
Teachers helped write the Common Core standards, and while their implementation has not been perfect, teachers overwhelmingly support them.
Let’s not turn our backs on the great work of our educators, students and schools. There is much more to be done, but we should build on the progress we’re making together, not turn backward.
JACK MARKELL
Dover, Del.
The writer, Delaware’s governor, served as co-chairman for the bipartisan, state-led effort that developed the Common Core state standards.
__________________________________________________

BY DIANE RAVITCH
SEE: http://www.nytimes.com/2016/07/24/opinion/sunday/the-common-core-costs-billions-and-hurts-students.html; republished below in full unedited for informational, educational, and research purposes:

FOR 15 years, since the passage of George W. Bush’s No Child Left Behind act, education reformers have promoted standardized testing, school choice, competition and accountability (meaning punishment of teachers and schools) as the primary means of improving education. For many years, I agreed with them. I was an assistant secretary of education in George H. W. Bush’s administration and a member of three conservative think tanks.
But as I watched the harmful effects of No Child Left Behind, I began to have doubts. The law required that all schools reach 100 percent proficiency as measured by state tests or face harsh punishments. This was an impossible goal. Standardized tests became the be-all and end-all of education, and states spent billions on them. Social scientists have long known that the best predictor of test scores is family income. Yet policy makers encouraged the firing of thousands of teachers and the closing of thousands of low-scoring public schools, mostly in poor black and Hispanic neighborhoods.
As the damage escalated, I renounced my support for high-stakes testing and charter schools. Nonetheless, I clung to the hope that we might agree on national standards and a national curriculum. Surely, I thought, they would promote equity since all children would study the same things and take the same tests. But now I realize that I was wrong about that, too.
Six years after the release of our first national standards, the Common Core, and the new federal tests that accompanied them, it seems clear that the pursuit of a national curriculum is yet another excuse to avoid making serious efforts to reduce the main causes of low student achievement: poverty and racial segregation.
The people who wrote the Common Core standards sold them as a way to improve achievement and reduce the gaps between rich and poor, and black and white. But the promises haven’t come true. Even in states with strong common standards and tests, racial achievement gaps persist. Last year, average math scores on the National Assessment of Educational Progress declined for the first time since 1990; reading scores were flat or decreased compared with a decade earlier.
The development of the Common Core was funded almost entirely by the Bill and Melinda Gates Foundation. It was a rush job, and the final product ignored the needs of children with disabilities, English-language learners and those in the early grades. It’s no surprise that there has been widespread pushback.
In 2009 President Obama announced Race to the Top, a competition for $4.35 billion in federal grant money. To qualify, states had to adopt “college and career ready standards,” a requirement that was used to pressure them into adopting national standards. Almost every state applied, even before the specifics of the Common Core were released in June 2010.
The federal government, states and school districts have spent billions of dollars to phase in the standards, to prepare students to take the tests and to buy the technology needed to administer them online. There is nothing to show for it. The Race to the Top demoralized teachers, caused teacher shortages and led to the defunding of the arts and other subjects that were not tested. Those billions would have been better spent to reduce class sizes, especially in struggling schools, to restore arts and physical education classes, to rebuild physically crumbling schools, and to provide universal early childhood education.
Children starting in the third grade may spend more than 10 hours a year taking state tests — and weeks preparing for them. Studies show that students perform better on written tests than on online tests, yet most schools across the nation are assessing their students online, at enormous costs, because that is how the Common Core tests are usually delivered. Computer glitches are common. Sometimes the server gets overloaded and breaks down. Entire states, like Alaska, have canceled tests because of technical problems. More than 30 states have reported computer testing problems since 2013, according to FairTest, a testing watchdog.
Standardized tests are best at measuring family income. Well-off students usually score in the top half of results; students from poor homes usually score in the bottom. The quest to “close achievement gaps” is vain indeed when the measure of achievement is a test based on a statistical norm. If we awarded driver’s licenses based on standardized tests, half the adults in this country might never receive one. The failure rates on the Common Core tests are staggeringly high for black and Hispanic children, students with disabilities and English-language learners. Making the tests harder predictably depresses test scores, creating a sense of failure and hopelessness among young children.
If we really cared about improving the education of all students, we would give teachers the autonomy to tailor instruction to meet the needs of the children in front of them and to write their own tests. We would insist that students in every school had an equal opportunity to learn in well-maintained schools, in classes of reasonable size taught by expert teachers. Anyone who wants to know how students in one state compare with students in other states can get that information from the N.A.E.P., the existing federal test.
What is called “the achievement gap” is actually an “opportunity gap.” What we need are schools where all children have the same chance to learn. That doesn’t require national standards or national tests, which improve neither teaching nor learning, and do nothing to help poor children at racially segregated schools. We need to focus on that, not on promoting failed ideas.

CALIFORNIA:
A STATE THAT HAS MORE THAN A FEW QUIRKS
QUIRK IN HIS EFFEMINATE VOICE:
"I HAVEN'T BEEN A VIRGIN
FOR ABOUT 45 YEARS": 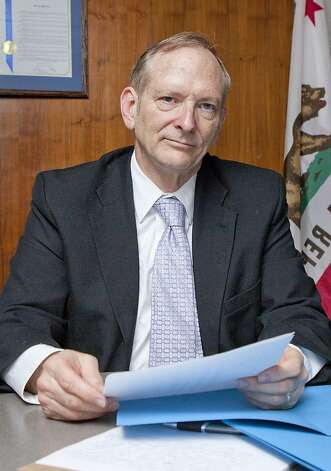 This is being done at the behest of Hamas-linked CAIR. Is Assemblymember Bill Quirk aware that Hamas-linked CAIR is an unindicted co-conspirator in a Hamas terror funding case — so named by the Justice Department? CAIR officials have repeatedly refused to denounce Hamas and Hizballah as terrorist groups. Several former CAIR officials have been convicted of various crimes related to jihad terror. CAIR’s cofounder and longtime Board chairman (Omar Ahmad), as well as its chief spokesman (Ibrahim Hooper), have made Islamic supremacist statements. (Ahmad denies this, but the original reporter stands by her story.) A California chapter distributed a poster telling Muslims not to talk to the FBI, and a Florida chapter distributed pamphlets with the same message. CAIR has opposed virtually every anti-terror measure that has been proposed or implemented and has been declared a terror organization by the United Arab Emirates.
Does Quirk know or care about any of that?
Meanwhile, when do the families of the victims of jihad get their moment in the sun? When is Victims of Jihad Appreciation and Awareness Month?
And will there be special celebrations of Muslim Appreciation and Awareness Month in San Bernardino?
#‎CAIR‬: California State Assembly to Proclaim August as ‘Muslim Appreciation and Awareness Month’
(SACRAMENTO, CA, 7/29/16) – On Monday, August 1, the California chapter of the Council on American Islamic Relations (CAIR-CA) will join Assemblymember Bill Quirk (D-Hayward) in the presentation of House Resolution 59, which recognizes the month of August 2016 as “Muslim Appreciation and Awareness Month.”
WHAT: Presentation of HR 59, to Recognize August 2016 as “Muslim Appreciation and Awareness MonthWHEN: Program begins at 11:30 a.m.; Resolution Presentation, 1 p.m.WHERE: Program – Capitol Room 2163; Resolution Presentation – Assembly FloorCONTACT: CAIR-Sacramento Valley Programs Consultant Maheen Ahmed, 916.605.6099 mahmed@sacval.cair.com; CAIR-Sacramento Valley Executive Director Basim Elkarra, 916.441.6269 belkarra@cair.com
“I am proud to celebrate the first ever Muslim Appreciation and Awareness Month by honoring generations of Muslim Americans for their many social, cultural, and economic contributions to California,” Assemblymember Quirk stated. “The rhetoric surrounding this election makes the presentation of this resolution more important for me,” he said. “It is appropriate to acknowledge and promote awareness of the myriad invaluable contributions of Muslim Americans in California and across the country, and extend to them the respect and camaraderie every American deserves.”
CAIR-CA’s recently-released Civil Rights Report indicates that bias incidents spiked by 58 percent between 2014 and 2015, which is attributed to public hostility generated by international acts of violence and hateful rhetoric utilized by candidates since the start of the election cycle.
A total of 1,556 incidents were reported to CAIR-California over the course of the 2015-year. These included complaints involving: employment discrimination, federal law enforcement questioning, housing discrimination, immigration issues, hate crimes, school bullying, and several categories.
“During these difficult times of increased anti-Muslim rhetoric and hate incidents, Assemblymember Quirk’s resolution and recognition of Muslim Americans is uplifting for our community and immensely appreciated,” said CAIR-Sacramento Valley Executive Director Basim Elkarra. “It is truly a historic moment for all Californians.”
________________________________________________________
MAN OR MYTH?