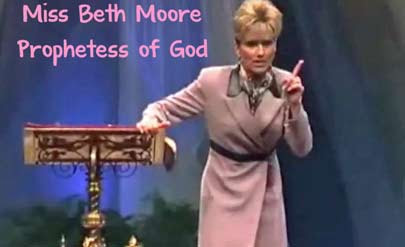 As we cry out for a downpour and I'm going to tell you something, I believe its coming. You know why? Because I believe the truth is we are thirsty. . . .

We're going to have people that are honestly going to want to debate and argue with us about awakening and downpours. What do you want here? They're going to say, that's not the way it should look. You know what, dude? I'm just asking you, are you thirsty? Are you hungry? I can't think of the way to the semantics to get it like you want it. But I will say to you, I'm just thirsty and I'm hungry.

What God began to show me is that it would not just come from the mean-spirited it will also come from people who are just genuinely concerned about us. . . .

The scoffers, I believe that God put on my heart, please test the spirit, pray and see if this is confirmed to you in prayer and in the study of the word. I believe that he placed it on my heart that the scoffers will have an alternative answer for everything; An alternative for every single thing we see, there will be an alternative. They will not see it as the hand of God, an alternate answer. Unity will be called defection. Brokenness will be called instability. Grace will be called compromise. And the genuinely prophetic will be called false teaching. You see if this does not happen. And because of those things, defection, instability, compromise, and false teaching, because those things will be simultaneously in effect, you and I, who are believing God for a vivid downpour of his spirit and recognize it as it comes, we will have to be taking the risk of being lumped in with the ones that really are defecting, unstable, compromising, and false. And it will be hard for us because we don't want to be mixed-up with them.

SEE:
http://www.donotbesurprised.com/2014/03/beth-moore-prophesies-coming-outpouring.html;
EXCERPT:
The similarities between this teaching and Moore's January blog post are obvious: the calls for unity, revival and outpouring dominate. Note the gravity of what Beth Moore is saying here—and remember that she is claiming that these concepts were given to her by God.
"Be prepared for scoffers." And these scoffers, says Beth, are literally a threat. In other words, the scoffers will be enemies of these chosen ones who are open and available to receive whatever outpouring Beth is describing. These will be "bullies" and will be "mean-spirited."
But what if these "bullies" or even the poor, confused souls who are simply "concerned" about Moore and others like her, are trustworthy ministers of the gospel? What if the "scoffers" are men who have proven to be faithful teachers of God's Word? Are we to cast these men aside if they dare question such an "outpouring" of the Spirit? Or should we take their warnings into consideration?
"Unity," says Moore, "will be called defection." Reader, are you aware that these sentiments of "unity" are the same as those expressed by Pope Francis?
"Grace will be called compromise." If this "grace" is extended toward false teachers and false teaching then, yes, it is compromise. Unity at the expense of truth? Never!

"And the genuinely prophetic will be called false teaching." How are we to distinguish the "genuinely prophetic"? By taking the self-proclaimed prophet at his or her own word? The true Church is not in need of a "prophetic word" because the Bible has already warned of what is to come. Jesus Himself warned of false Christs and false prophets in the last days (Matt 24:3, 4,11), and He warned that they would rise to fame with displays of miraculous signs and wonders.


For false Christs and false prophets will arise and will show great signs and wonders, so as to mislead, if possible even the elect. Behold, I have told you in advance. (Matt 24:24–25)

(One of Many Feelings Based Extrabiblical Dreams):

and/or Boredom Because of a "Holy Disatisfaction":

Posted by John at 8:01 PM Links to this post 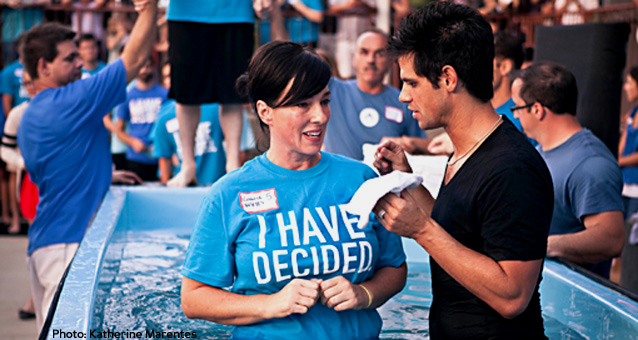 SEE: http://christiannews.net/2014/03/03/megachurch-minister-remains-under-fire-for-allegedly-manufacturing-mass-baptisms/;
EXCERPTS:
"A North Carolina megachurch minister remains under fire for his alleged practice of instructing volunteers to strategically respond to salvation calls in order to bolster baptism numbers."
"In addition to those taking note of the large number of baptisms, Furtick recently drew controversy when Elevation Church published a document entitled Spontaneous Baptisms How To Guide. The nine-page document outlines the baptism policy followed during one of its previous outreach events."

A Day Of Baptisim At Elevation Church Charlotte:

Posted by John at 5:16 PM Links to this post

"PRAYER TO BUDDHA & ALL OTHER GODS" BY DALAI LAMA IN U.S. SENATE FOR FIRST TIME

Dalai Lama Opens U.S. Senate for First Time with ‘Prayer’ to ‘Buddha and All Other gods’: