TRUMP CANCELS PARIS ACCORD CLIMATE CHANGE SCAM
Published on Jun 1, 2017
President Trump dumped the climate change scam known as the Paris Accord, or the Paris Climate Agreement. “I was elected to represent the citizens of Pittsburgh, not Paris,” he said. Liberals are crying and screaming, creating multiple hashtags, and blaming Trump for ending the human race.

MACRON INVITES AMERICANS TO COME TO FRANCE TO WORK ON CLIMATE
Macron SLAMS Trump for WITHDRAWAL of Paris Climate Accord Agreement 6/1/2017 its NOT RENEGOTIABLE
Trump Drives Stake Through Globalism's Heart
Climate Agreement Is A Glorified Global Tax
Published on Jun 2, 2017
Alex Jones breaks down how the Paris Climate Accord was nothing more than a way for the globalists to establish a global tax to fund their global government.  Trump Says No To Climate Profiteers Of Doom
Published on Jun 1, 2017
Here we are in the final showdown over the Paris Climate Agreement. Tread carefully…..propaganda filled waters ahead.... Don’t believe the hype.

The National Review reported way back in April of 2016 "Unsurprisingly, the sum of many pledges to do nothing is: nothing. When the Massachusetts Institute of Technology compiled the pledges and compared them with its own preexisting projection, it found a temperature reduction by 2100 of only 0.2°C. When the analysts compared the pledges with the projection created by the U.N.’s Intergovernmental Panel on Climate Change back in 2000, they found no improvement at all. While everyone else both literally and figuratively mailed in their commitments, the president pledged a dramatic reduction in U.S. emissions: 26 to 28 percent below their 2005 level by 2025. To further grease the skids of international diplomacy, he committed the United States to lead the transfer of $100 billion in annual “climate finance” from the developed world to the developing countries that are pledging nothing.”

Trump Decapitates World Government,
Bilderberg Prepares To Strike Back
Published on Jun 1, 2017
Alex Jones breaks down the meeting of global elites at Bilderberg as President Trump prepares to exit the Paris Climate Treaty.

PARIS TREATY: Trump Slaps Antichrist & False Prophet
Published on Jun 1, 2017
www.DarylLawsonLive.com
Paris climate accord is a largely symbolic gesture that even supporters acknowledge lacks enforcement mechanisms and, even if successful, will have a statistically insignificant impact on the climate.
Reuters reports that U.S. carbon emissions will fall over the next decade — regardless of whether America remains in COP21 treaty.
https://news.grabien.com/story-10-dum...

Vatican would see U.S. Paris deal exit as slap in face - official
VATICAN CITY (Reuters) - The Vatican, which under Pope Francis' insistence has strongly backed the Paris climate change deal, would see a U.S. exit as a slap in the face and a "disaster for everyone," a senior official said on Thursday.

At their meeting last month, the pope gave U.S. President Donald Trump a signed copy of his 2015 encyclical letter that called for protecting the environment from the effects of climate change and backed scientific evidence that it is caused by human activity.

Vatican Secretary of State Cardinal Pietro Parolin urged Trump in a separate meeting not to quit the Paris accord.

"If he really does (pull out), it would be a huge slap in the face for us," said Bishop Marcelo Sanchez Sorondo, head of the Pontifical Academy of Sciences, which has hosted numerous international conferences on climate change.

"It will be a disaster for everyone," he told the Rome newspaper La Repubblica. In a telephone call with Reuters, Sanchez Sorondo confirmed the comments in the newspaper.

Trump was due to announce his decision later on Thursday. A source briefed on the decision has told Reuters in Washington that he will follow through on his campaign pledge to pull the United States out of the global agreement.

A withdrawal "would not only be a disaster but completely unscientific," he said. "Saying that we need to rely on coal and oil is like saying that the earth is not round. It is an absurdity dictated by the need to make money."

Trump has called the idea of global warming a hoax.

Rev 13:3  And I saw one of his heads as it were wounded to death; and his deadly wound was healed: and all the world wondered after the beast.
With Nod to Sovereignty, Trump Dumps
UN “Climate” Regime
BY ALEX NEWMAN
SEE: https://www.thenewamerican.com/tech/environment/item/26154-with-nod-to-sovereignty-trump-dumps-un-climate-regime;
After months of keeping the world in suspense about his intentions, President Donald Trump formally announced that the United States would be withdrawing from the United Nations “Paris Agreement” on alleged man-made global warming. Blasting the non-binding UN scheme as a counterproductive effort to disadvantage America and redistribute U.S. wealth rather than fix the “climate,” Trump portrayed the decision as one that puts “America First.” He also chastised foreign powers and their lobbyists for demanding that the United States continue to handicap its economy under the guise of doing virtually nothing for the climate. The withdrawal, Trump said, represents the “re-assertion of America's sovereignty” and a fulfillment of his efforts to re-invigorate the American economy. It was also the fulfillment of Trump's oft-repeated pledge to “cancel” the UN scheme.
However, frustrating some of his supporters and climate realists, Trump also indicated that he was open to either re-negotiating the Paris Agreement or creating a similar international “climate” regime that would be more “fair” to the United States. In fact, the president even offered to work with Democrat Party leaders to create a new global-warming scheme — provided it was more fair and did not impose undue burdens on the United States that did not apply equally to other nations, including the world's top polluters. Some Trump supporters, though, suggested that the president understands such a “far better” so-called “climate” regime will never materialize. Plus, even if it did, it would stand virtually no chance of being ratified by the Senate, as required by the Constitution — especially since most Americans reject the warming theory to begin with. If no new deal emerges, “that's fine,” Trump said.

THE MOVIE: MAD MAXINE WATERS~IN HER OWN WORDS, WATERS PROVES WHY SHE IS AN ENEMY OF AMERICA

Infowars takes you on a dark journey into the criminal mind of one of America’s most corrupt and divisive politicians, Congresswoman Maxine Waters. 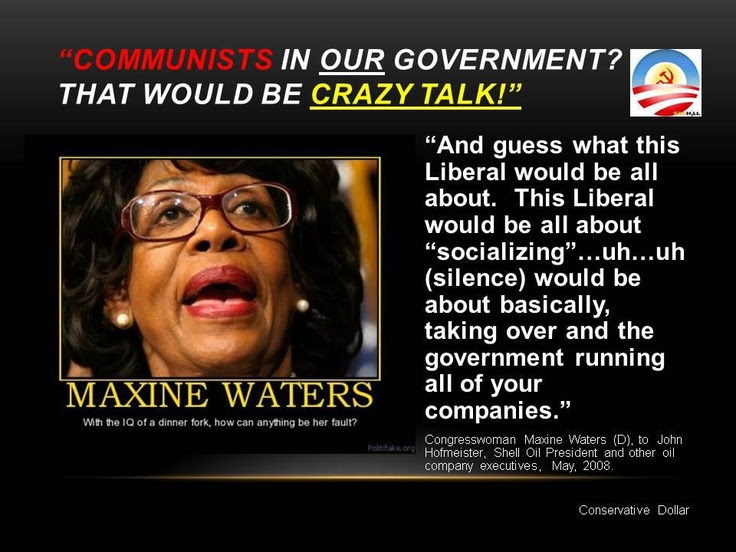