POWERFUL TRUMP SPEECH: “WE ARE UNDER ASSAULT”

POWERFUL TRUMP SPEECH:
“WE ARE UNDER ASSAULT”

Posted by John at 4:21 PM Links to this post And MSM wonders why nobody trusts them…

BY KELEN MCBREEN
SEE: https://www.infowars.com/fake-news-101-abc-airs-2017-gun-range-footage-claiming-its-turkey-bombing-kurdish-civilians-in-syria/;
Posted by John at 3:59 PM Links to this post

PRESIDENT TRUMP ANNOUNCES $50 MILLION IN EMERGENCY AID TO HELP CHRISTIANS &
OTHER RELIGIOUS MINORITIES IN SYRIA
BY ROBERT SPENCER
SEE: https://www.jihadwatch.org/2019/10/president-trump-announces-50-million-in-emergency-aid-to-help-christians-and-other-religious-minorities-in-syria;
Posted by John at 3:15 PM Links to this post 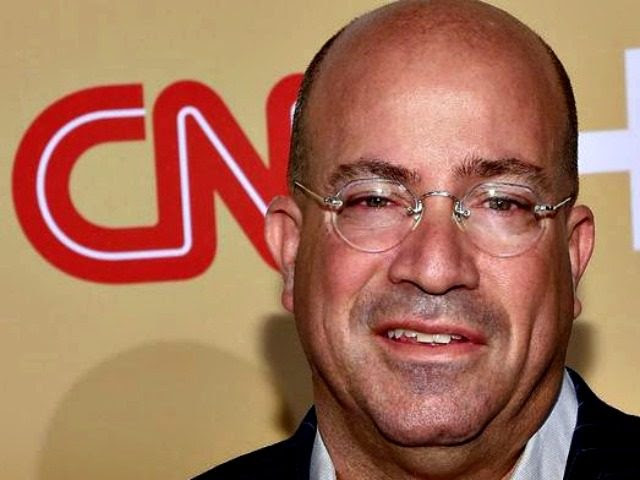 O’Keefe's new bombshell video further exposes fake CNN
BY LLOYD BILLINGSLEY
SEE: https://cms.frontpagemag.com/fpm/2019/10/lets-stay-very-focused-impeachment-lloyd-billingsley; republished below in full unedited for informational, educational and research purposes:
“Jeff Zucker, basically the president of CNN, has a personal vendetta against Trump,” proclaimed CNN media coordinator Nick Neville on a James O’Keefe video released on Monday. So CNN’s coverage of Trump “is going to be negative.” According to another CNN staffer caught unawares, Trump is a “monster” and as CNN floor director Hiram Gonzalez says, “we created this monster and now we’re eating a full plate of him every day.” The Project Veritas video also captured a few lines from CNN boss Jeff Zucker his own self.
“Let’s just stay very focused on impeachment,” Zucker says. “We shouldn’t just pretend, oh, this is going one way. And so all of these moves are toward impeachment.” The CNN boss also takes aim at a competitor.
“The fake conspiracy nonsense that Fox has spread for years is now deeply embedded in American society,” Zucker explains. “Frankly, that is beyond destruction for America and I do not think we should be scared to say so.” But it’s not just about Fox and Trump.
“I know that there’s a lot of people at CNN that are friendly with Lindsey Graham,” Zucker tells underlings. “Time to knock that off and it’s time to call him out.”
The revelations would not be surprising to CNN viewers and they failed to draw significant media attention. On the other hand, the recordings validated James O’Keefe, who has been predicting a CNN windfall for some time.
As the Hollywood Reporter noted in February of 2017, O’Keefe teased the release of recordings exposing CNN. “We think our media needs to be held to account,” O’Keefe said, “and CNN is kind of the leader of that.” For his part, Jeff Zucker has been in the news on other fronts.
As Brian Flood noted at Fox News, NBC bosses were struggling with new sexual misconduct allegations against Matt Lauer “but one puzzling question is how Jeff Zucker, Lauer’s boss for many years and the current CNN president, has avoided similar criticisms.” And “Zucker’s network gave his old pal a pass on prime-time coverage of the disgraced anchor’s latest scandal,” the revelations in Ronan Farrow’s Catch and Kill. NBC covered a claim that Lauer raped an NBC colleague during the 2014 Olympics, but “Zucker’s CNN completely ignored the story during prime time.”
In April, Page Six reported, “Matt Lauer came out of seclusion to celebrate Jeff Zucker’s 54th birthday bash.” Two years earlier, Zucker drew attention from Drew Magary of GQ, in an April 5, 2017 piece headlined, “CNN’s Jeff Zucker Thinks This Is All Just a Game.” Zucker is a big sports fan, and wanted to incorporate elements of ESPN’s programming into CNN’s election coverage. And Zucker sees pro-Trump figures on his panels as “characters in a drama,” and “members of CNN’s extended ensemble cast.”
The New York Times Magazine sent Jonathan Mahler to profile Zucker, explains Magary, and “Mahler deftly allowed this human potato to expose himself as the cynical, chummy, utterly vacant ratings merchant that you always knew he was.” Further, “the brazen vacuity with which Zucker operates CNN makes Rene Russo’s character in Nightcrawler look like a fucking amateur.”
CNN has been plunging in the ratings but as Dylan Byers of NBC News reported on September 24, “Zucker is the leading candidate to become chief executive of WarnerMedia “the new conglomeration owned by AT&T that includes Warner Bros., HBO and Turner Broadcasting.” That choice might be considered strange because “under Zucker’s leadership, NBC went from a leader in TV ratings to last place among its network competitors.”
In 2012, CNN named Zucker president and “While CNN remains behind cable news rivals Fox News and MSNBC in its TV ratings,” Zucker has cemented CNN as a brand and helped “double its profits.” And Zucker is “considered a fearless, hard-charging programmer who works around the clock, makes decisions quickly and almost never second-guesses himself.”
According to Monday’s Project Veritas video, Zucker wants all impeachment all the time. So Lindsey Graham and those dramatic pro-Trump panelists are likely to be scarce on CNN. Still, on Monday came a Fox story from Nick Givas headlined, “Pro-Trump CNN contributor says network's LGBTQ forum revealed Democrats 'radicalism.’”
The CNN contributor is Steve Cortes, and in an op-ed for Real Clear Politics he wrote, “Last week the Equality Town Hall held by my network, CNN, plainly revealed the radicalism that drives the Democratic Party today.” The candidates and audience members, “advocated for wholesale government-compelled social engineering to comport with their liberal secular-humanist agenda. Such proposals contravene foundational protections of our Constitution and also imperil Democrats’ electoral prospects for 2020.”
Democrats won’t hear that on CNN, and as President Trump says, we’ll see what happens in 2020. Meanwhile, CNN is not the only impeachment channel, and hardly the only source of fake news. As it also emerged on Monday, ABC News aired a video claiming to show a battle between Kurds and Turkish forces, billed as "CRISIS IN SYRIA. ISIS prisoners escape as death toll rises in attack.”
As it turned out, the video was from a night gun demonstration at the Knob Creek Gun Range in West Point, Kentucky. The story of the fakery came from Fox News, which CNN boss and Matt Lauer pal Jeff Zucker sees as a peddler of “fake conspiracy nonsense” that is “beyond destruction for America.”
_________________________________________________________________ 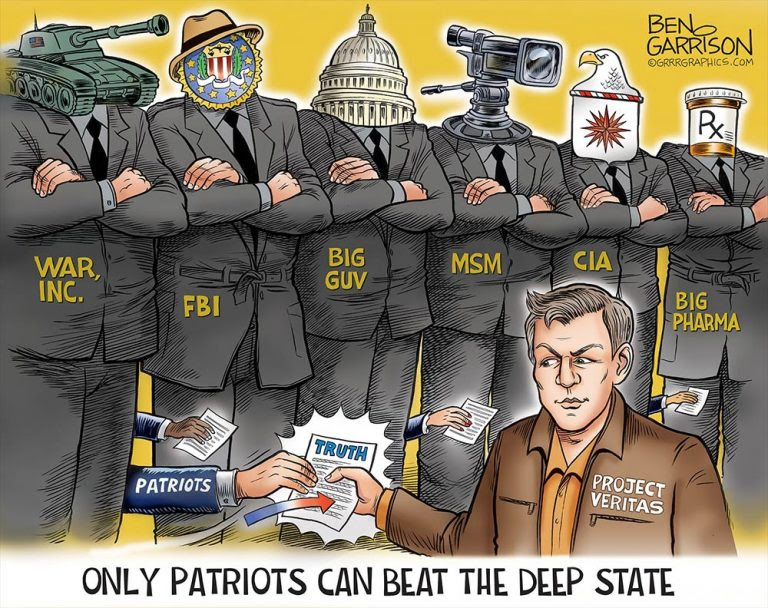 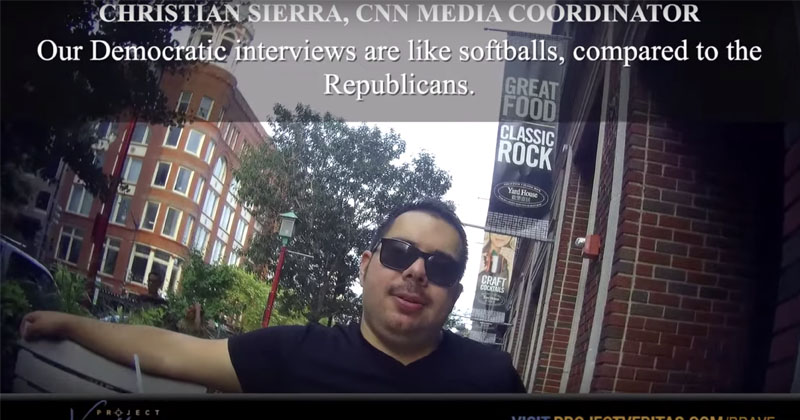 Confirms what most Americans already suspected

SEE: https://www.infowars.com/undercover-video-cnn-employee-admits-network-has-anti-conservative-bias/
Undercover video by CNN whistleblower Cary Poarch shows a fellow employee confessing to rampant bias against President Trump and Republicans within the network.
The video, released by Project Veritas on Monday, shows a litany of employees, and even CEO Jeff Zucker himself, admitting to a concerted vendetta against Trump and a pattern of anti-conservative bias for ratings and revenge for the 2016 election.

CNN Media Coordinator Christian Sierra explained how the bias is implemented at the Fake News Network.
“…MSNBC is tougher on Republicans, and we’re tough on the Republicans too. More than so than the Democrats,” he said. “Our Democratic interviews are like softballs, compared to the Republicans… if you notice like every time, we ask questions to Republicans, like it’s always a little tougher than when we do get the Democrats.”
Sierra also revealed the “sourpuss” mood among CNN employees the day after Trump won the 2016 election.
“That day, man, when I came in, everyone was silent. Nobody wanted to talk,” he said. “I’m like, like the mood was just so sour the whole day…It was a f**king dreary day. I bet at Fox it was like euphoria.”
When asked by Poarch which employees hate Trump, Sierra admitted that most of the primetime anchors loathe him.
“Cooper hates him. Don Lemon hates him. Tapper, yeah Tapper doesn’t like him either. Cuomo doesn’t like him,” Sierra said.
This wide-ranging undercover Project Veritas exposé is just one part of several that will be released.
A brave CNN insider came to Project Veritas to expose anti-Trump bias at the cable giant. Cary Poarch, who works at CNN’s Washington D.C. Bureau, tells Project Veritas “I decided to wear a hidden camera…to expose the bias running rampant” at the network. Poarch documented CNN’s bias for months; recording undercover footage of numerous long-term employees, some of which talk about Jeff Zucker’s anti-Trump agenda.
______________________________________________________________ 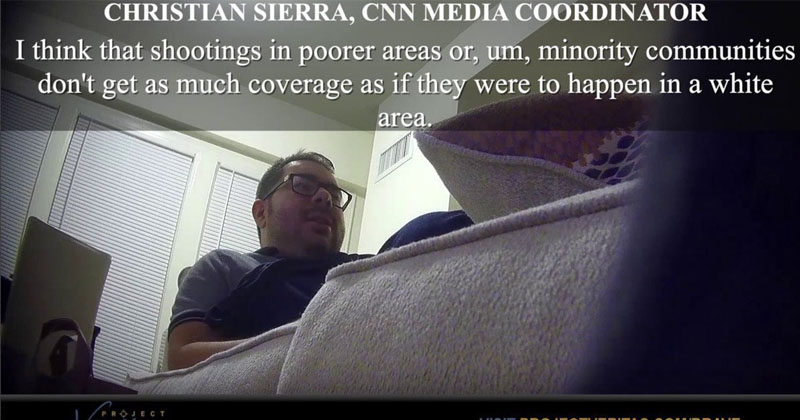 SEE: https://www.infowars.com/cnn-employee-confesses-that-msm-ignores-shootings-in-minority-communities/; republished below in full unedited for informational, educational and research purposes:
A CNN employee was caught in undercover video by Project Veritas admitting that the network doesn’t cover shootings in “minority communities” the way they would in a white area because it doesn’t get good ratings.
“I think that shootings in poorer areas or, um, minority communities don’t get as much coverage as if they were to happen in a white area,” Christian Sierra told insider Cary Poarch on hidden camera.

This is the clip Carpe was banned for posting… I’ll send it around to others. pic.twitter.com/hOM5hTDuGz
— James O’Keefe (@JamesOKeefeIII) October 14, 2019

“Let’s say in Princeton, a white kid gets shot at Princeton University,” Sierra said. “He gets killed. We’re going to get coverage on that because ‘Oh my God, we have to put the little precious white boy.'”
But if minorities are shot in Newark, New Jersey, “nobody cares. Maybe unless, unless it happens in Cory Booker’s neighborhood,” he added.
The video clip, which hasn’t yet been publicly released, was shared with meme maker Carpe Donktum AKA Logan Cook by Project Veritas founder James O’Keefe on Monday.
Donktum was suspended by Twitter just minutes after posting the exclusive clip.
“@CarpeDonktum’s account has been SUSPENDED,” O’Keefe tweeted. “I spoke with Logan Cook, who I shared an exclusive CNN clip with — and his account was suspended immediately upon posting one of the clips where Christian Sierra of CNN DISCUSSING COVERAGE OF SHOOTINGS…”

BREAKING: @CarpeDonktum ‘s account has been SUSPENDED. I spoke with Logan Cook, who I shared an exclusive CNN clip with — and his account was suspended immediately upon posting one of the clips where Christian Sierra of CNN DISCUSSING COVERAGE OF SHOOTINGS… pic.twitter.com/KSdgdqYAcv
— James O’Keefe (@JamesOKeefeIII) October 14, 2019

As of this writing, Twitter has lifted Donktum’s suspension, and the video in question is now available.

This is @CNN…
CNN media coordinator says nobody cares about gang violence that disproportionately affects minorities in Chicago… “Unless it happens on Cory Booker’s block.”
This is the most honest CNN has ever been#ExposeCNN pic.twitter.com/Vkw20AFROL
— Carpe Donktum

As we’ve reported, mainstream media – including CNN – provide very little coverage of violence in urban centers like Chicago or Baltimore, which are plagued with record shootings, but they’re quick to push fake hate crimes stories nationwide before confirming basic facts for ratings.

Posted by John at 3:09 PM Links to this post 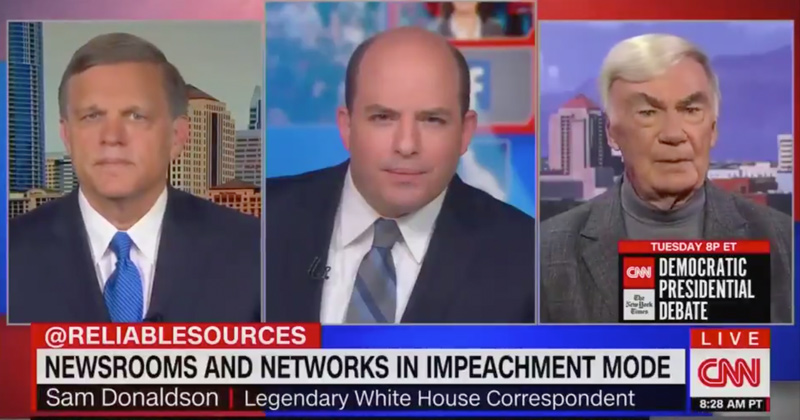 SEE: https://www.infowars.com/former-abc-anchor-sam-donaldson-says-trump-supporters-have-fixation-for-white-christian-country/;
Posted by John at 2:49 PM Links to this post


A group of 2,000 migrants bound for the U.S. border was blocked and apprehended by Mexican authorities in the latest move indicating Mexico is delivering on promises to help defend North America from mass migration.

Posted by John at 2:44 PM Links to this post

CALIFORNIA BECOMES FIRST STATE TO MANDATE ABORTION PILL AT PUBLIC COLLEGES AFTER GOVERNOR NEWSOM SIGNS INTO LAW
SEE: https://christiannews.net/2019/10/14/california-becomes-first-state-to-mandate-abortion-pill-at-public-colleges-after-governor-newsom-signs-into-law/
republished below in full unedited for informational, educational and research purposes:
(CBS News) – California just became the first state in the U.S. to require public colleges to provide abortion medication to students on campus. Governor Gavin Newsom signed Senate Bill 24 — known as the “College student Right to Access Act” — into law Friday.
Under the new law, all 34 University of California and California State University systems will need to provide the medication, which is not currently offered on campuses, at no cost to students. They have until January 2023 to comply.
A medical abortion is nonsurgical and noninvasive — it involves taking two prescription pills during the first 10 weeks of pregnancy to induce a miscarriage. It is not the same, however, as the morning-after pill, which delays or stops the release of an egg altogether.
Continue reading this story>>
Posted by John at 2:39 PM Links to this post

BY JON BOWNE
SEE: https://www.infowars.com/new-california-gun-laws-nullify-the-2nd-amendment/;
Posted by John at 2:32 PM Links to this post