http://www.youtube.com/watch?v=nstsf-Mb54s
Published on Nov 18, 2013
This video highlights an excellent public middle school / high school in Germany. The "gymnasium" is for the most intellectual students with the highest IQ's.
After viewing the 6 videos that I made of this school, you should have a good understanding of how the top 30% of the university bound students are educated in Germany.


A day in my German (elementary) School:

Email ThisBlogThis!Share to TwitterShare to FacebookShare to Pinterest
Labels: Education

"DUDE PASTOR" MARK DRISCOLL ASKED TO BE ON HER RADIO SHOW! 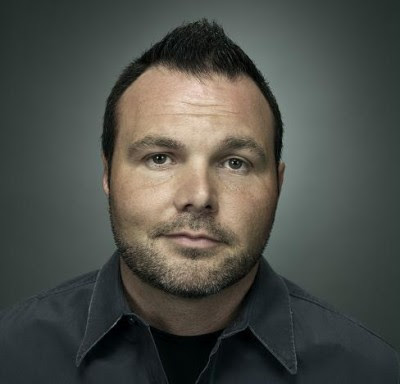 JANET MEFFERD TAKES EMERGING CHURCH PASTOR,
MARK DRISCOLL, TO TASK ABOUT HIS ACTIONS;
DRISCOLL, TRUE TO STYLE,
ATTACKS MEFFERD AS PETTY
Published on Nov 21, 2013 on YouTube:
Janet's interview with Mars Hill Church (Seattle, Washington) Pastor Mark Driscoll gets heated as they discuss his book, "A Call to Resurgence." They discuss why he showed up outside John MacArthur's "Strange Fire" conference to distribute his books, which were "confiscated" (sort of) by security.

Driscoll really gets annoyed when Mefferd points out alleged plagiarism (by not giving sources) in his book, and abruptly hangs up on Mefferd. From the obvious tone of Driscoll in this interview, Mefferd joins the ranks of former elders and others at his church who have not "gotten with the program" and that Driscoll decides "get thrown under the bus", to use his phraseology. 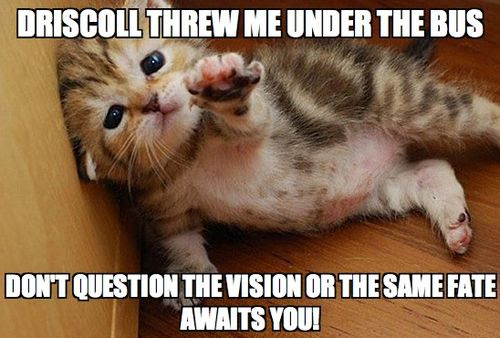 with Listeners: (Some call to complain about

her treatment of a "national pastor"):


Mark Driscoll on his use of language;

NOW YOU SEE THE BEER; NOW YOU DON’T

SEE:
http://apprising.org/2007/04/10/mark-driscoll-and-cervesas-now-you-see-the-beer-now-you-dont/
DRISCOLL'S QUOTES ON VARIOUS ISSUES, PLUS THE ONE ON DRINKING:
SEE: http://www.mbla.org/Driscoll_Quotes.htm
EXCERPTS:
"Driscoll:  Repenting of his sin of abstinence from alcohol?
“After I entered the ministry as a man of legal drinking age, the drum was again repeatedly beaten for me by well-meaning older pastors.  So I never drank alcohol until I was thirty years of age.  About that time, I was studying the Scriptures for a sermon about Jesus’ first miracle of turning water into wine, as reported in John’s gospel, a miracle that Jesus performed when he was about my age.  My Bible study convicted me of my sin of abstinence from alcohol.  So in repentance I drank a hard cider over lunch with our worship pastor.”  (Radical Reformission, p.146)
Driscoll is clear on alcohol:  If abstinence is a “sin,” then beer-brewing lessons at church for the men of the church is a logical end result of such thinking.  But in light of Driscoll’s admitted problems with “cussing,” “anger,” “stealing,” etc., is it logical to think that he and the men of his church will be faithful in avoiding drunkenness by always drinking in “moderation?”  Below, Driscoll rightly identifies the problems associated with drinking too much alcohol.  However, because “self control” will always be a serious problem for sinful humanity, why would any responsible Christian pastor/leader entice the people of God toward such destructive, addictive behavior as alcohol, especially with its long, devastating history?  One failure at “moderation,” and any of the below Biblical examples of drunkenness (with the right circumstances) can become an unwanted personal reality.
“Biblical Problems Caused by Drunkenness
·   Incest (Gen. 19:32-35)
·   Violence (Prov. 4:17)
·   Adultery (Rev. 17:2)
·   Mockery and brawling (Prov. 20:1)
·   Poverty (Prov. 21:17)
·   Late night and early morning drinking (Isa. 5:11-12)
·   Hallucinations (Isa. 28:7)
·   Legendary antics (Isa. 5:22)
·   Murder (2 Sam. 11:13-15)
·   Gluttony and poverty (Prov. 23:20-21)
·   Vomiting (Jer. 25:27; 48:26; Isa. 19:14)
·   Staggering (Jer. 25:27; Ps. 107:27; Job 12:25)
·   Madness (Jer. 51:7)
·   Loudness combined with laughter and then prolonged sleep (Jer. 51:39)
·   Nakedness (Hab. 2:15; Lam. 4:21)
·   Sloth (Joel 1:5)
·   Escapism (Hos. 4:11)
·   Depression (Luke 24:34)
·   Staying up to party all night (1 Thess. 5:7)”
(Radical Reformission, p.148.  Reprinted as it appeared.)

The Mars Hill intern/student local pub!! They have couches and it's a very cool atmosphere inside. Mars Hill members frequent this establishment to discuss theology over good beer! Now THAT'S, Reformed!!...
See: http://missionmarshill.blogspot.com/search?q=BEER 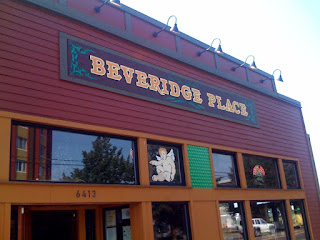 CAUGHT ON TAPE BY "PROJECT VERITAS",