This coming October contemplative pioneer, Richard Foster’s Renovare team will hold their Life With God Retreat at the Billy Graham Training Center at the Cove. Those who are familiar with the infrastructure of Richard Foster’s spirituality will understand that the teachings that are represented at Renovare do not line up with traditional evangelical teachings. While the doctrinal statements on paper between Renovare and many evangelical/Protestant churches may look similar, what is believed, taught, and emphasized in reality is much different as Lighthouse Trails has documented for 11 years now. The model of spirituality that Richard Foster and Renovare have drawn from is developed by Catholic monks who because of their mystical practices embrace panentheism (God is in all people and all  things) and interspirituality (all religions lead to God at the mystical level).
We contacted the Billy Graham Training Center on June 24th about the upcoming Renovare Retreat. We were told that this is not one of their own retreats that they put on but is one where they lease the facilities out. We asked if just any group could lease the facilities regardless of belief, and we were told, no, the group must agree with their doctrinal statement and their basic overall beliefs. We informed the man with whom we spoke at the Cove that Renovare promotes an eastern-style meditation technique (contemplative prayer) and ardently promotes those with a panentheistic/interspiritual belief system that is not consistent with the biblical Gospel of Jesus Christ.
For well researched accurate documentation on why we say that Renovare does not line up with biblical Christianity, please read A Time of Departing or some of the articles below. If you do, you will learn that since 1978, when Richard Foster’s book Celebration of Discipline came out, Foster has been a prolific leader in bringing into the church the Spiritual Formation movement. Spiritual Formation is the vehicle through which contemplative prayer enters.
In Spiritual Formation, it is taught that one can become more Christ-like by practicing the “spiritual disciplines.”  The emphasis is not placed on being born again through a relationship with Jesus Christ but rather on practicing these disciplines. Foster stated in Celebration of Discipline (and in other places such as the Be Still DVD) that anyone can practice the spiritual disciplines and become more Christ-like – being a Christian is not mandatory.  Because one cannot truly become more Christ-like without Jesus Christ living inside as Lord and Savior, practicing disciplines such as fasting, prayer, and doing good works would begin to cause much frustration to the practitioner. Thus, the need for contemplative meditation, which is really the energy that gives Spiritual Formation its “life.”
However, contemplative meditation is basically no different (except that Hindu mantras aren’t repeated – other words like Abba, Father, Jesus are)  than eastern meditation. A word or phrase is repeated for perhaps 20 minutes (as many contemplative suggest), and this puts the person into a state contemplatives call “the silence.” It is essentially a putting the mind into neutral. It is not the same as finding a quiet serene place to read the Word, pray, and ponder the things of God. It is not an external quietness – it is an internal shutting down all thoughts. What’s wrong with that, some may ask. We believe that the realm entered in this altered silent state is an occultic realm. If you read our material, you will see where we have been able to prove this is true. One of the most outstanding pieces of evidence is that those who practice contemplative meditation, in time, begin to change their spiritual outlooks to resemble those of mystics (i.e., panentheistic, interspiritual, universalistic). You can read more about this in the articles below.
It’s no minor thing that Richard Foster’s Renovare is going to be holding a retreat at the Billy Graham Training Center. While we know there are legitimate concerns about some things Billy Graham has said or done over the years, nevertheless, he represents traditional evangelical Christianity to millions and millions of people. In fact, over the last fifty or so years, Graham has been the personification of evangelical Christianity (he even founded the magazine, Christianity Today). And as far as we know, he has never told people to go into the silence or practice a mantra-like style of prayer to reach God. So to allow Renovare to come to that retreat center is to give a big green light to the contemplative prayer movement from probably the most well-known and long-standing leader in the evangelical church today.
If you would like to contact the Billy Graham Training Center to voice your concerns, here is their contact information:
Billy Graham Training Center
P.O. Box 19223
Asheville, NC 28815 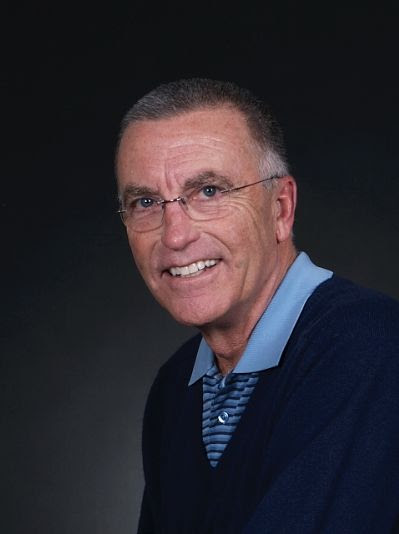 BILLY GRAHAM HAS BEEN COMPROMISED FOR YEARS: