THE ONE HOUR DOCUMENTARY:
The purpose of this video is to evaluate the teaching of Dr Albert Mohler, president of the Southern Baptist Theological Seminary, on the subject of homosexuality. Mohler is encouraging the Church to embrace the issue of sexual orientation, a psychological concept that is entirely without biblical warrant. He accuses evangelicals of having lied about the nature of homosexuality and of practicing a form of homophobia. He fully supports the ministry of same-sex attracted Sam Allberry, a Church of England priest. His position is similar to that of the gay agenda, which seeks to normalize homosexuality in society and the Church.
MOHLER, ALLBERRY & MOORE: "TOGETHER",
BUT IT'S NOT THE TRUE GOSPEL!

NEW DOCUMENTARY EXPOSES
ALBERT MOHLER’S GAY AGENDA
SEE: https://pulpitandpen.org/2020/02/05/new-documentary-exposes-mohlers-gay-agenda/; republished below in full unedited for informational, educational and research purposes:
Some believe that Southern Baptist Seminary President and likely upcoming SBC President, Albert Mohler, is a hero of the Conservative Resurgence. In fact, Mohler is no hero for conservative causes. A more careful examination of Albert Mohler reveals he has overseen a hostile takeover of the SBC by Critical Race Theorists, feminists, and Cultural Marxists and has platformed the most radical woke Social Gospel advocates under the sun. While saying one thing, Mohler has proven himself to almost always be doing the opposite of what he preaches.
One of the more tragic aspects of Mohler’s compromise is on the subject of the ‘gay Christian’ movement. Evangelicalism has been bombarded by homosexual “experts” on human sexuality who pretend to be believers but who are not set free of their queer desires. Mohler has embraced these “Same-Sex Attracted” self-promoting faux-martyrs and bid them swift godspeed to corrupt the church.
Dr. E.S. Williams has produced a new documentary about Mohler’s gay agenda, which you can read about in the press release below.
Dr. ES Williams, a member of Charles Spurgeon’s Metropolitan Tabernacle in London, in collaboration with respected researcher, Reverend Thomas Littleton, has produced a new video titled Albert Mohler and the Gay Revolution. Drawing heavily from Mohler’s own words, a strong case is made that the President of the Southern Baptist Theological Seminary has strayed from historical, biblical teachings on one of the most important cultural issues of the day.The facts uncover that Mohler is playing into the hands of a pro-homosexual ideology that has contributed to the undermining of the family and the culture at large. Mohler’s comments reveal his view that the Church must appropriate sexual orientation, a psychological concept that is without biblical warrant.Dr. Williams states, “As we shall see in this video, Mohler’s position today is similar to that of the gay agenda, which seeks to normalize homosexuality.” Williams also points out that in spite of a 2005 position held by Mohler declaring that the modern concept of sexual orientation opens the door for the homosexual lobby to reinterpret the meaning of Scripture, a decade later Mohler has changed his mind; we see a compromised man who radically changed his position. Similarly, the video shows that Mohler uses the language and tactics of the progressive left to accuse those who disagree by calling them “homophobic.”Albert Mohler has made repeated public statements exposing his theological drift from sound, biblical doctrine. He makes a very strong defense of his 2011 article from The Christian Science Monitor where he accuses evangelicals of having “lied about the nature of homosexuality.” He also belittles those who adhere to a conservative viewpoint on homosexuality, claiming it “can only be described as a form of homophobia…” In other venues, he has indicated that the traditional, conservative Christian viewpoint on homosexuality is “rooted in ignorance and fear.”Mohler’s full support of the same-sex attracted narrative is also shown in his promotion of the book “Is God anti-gay?” written by Sam Allberry, a same-sex attracted priest in the Church of England. Allberry has publicly described himself as having “sexual, romantic and deep emotional attractions to people of the same sex,” and his book claims to offer a positive and liberating way forward for the same-sex attracted. Mohler applauds the ministry of Allberry and stresses that his book is full of “biblical wisdom.”In contrast to the secular worldview espoused by Mohler, Dr. Williams affirms the biblical response stating, “Same-sex attraction, which Mohler wants the Church to embrace, is a sterile, unnatural perversion that denies the creation of God.”The evidence outlined in this video makes a compelling argument that Albert Mohler’s accommodation to progressive ideologies and worldviews will not only destroy the Southern Baptist Convention, but indicates that Mohler’s theological error is a direct attack on what the Word of God declares regarding the sin of homosexuality.
_______________________________________________________________
SEE OUR PREVIOUS POSTS ABOUT ROSARIA BUTERFIELD:
https://ratherexposethem.blogspot.com/search?q=ROSARIA+BUTTERFIELD

SO MUCH FOR POPE FRANCIS'
"RELIGION OF PEACE" 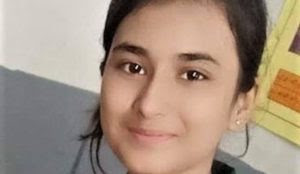 ISLAMIC REPUBLIC OF PAKISTAN:
HIGH COURT VALIDATES FORCED CONVERSION & MARRIAGE OF 14 YEAR OLD CATHOLIC GIRL TO A MUSLIM
BY ROBERT SPENCER
SEE: https://www.jihadwatch.org/2020/02/islamic-republic-of-pakistan-court-validates-forced-conversion-marriage-of-14-year-old-christian-girl-to-muslim; republished below in full unedited for informational, educational and research purposes:
The Qur’an says “There is no compulsion in religion” (2:256). However, what constitutes “compulsion” is in the eye of the beholder. The institutionalized subjugation of the dhimma, with its regular humiliation and harassment, from which one can be freed for the simple price of converting to Islam, is not considered compulsion. Remember Steve Centanni and Olaf Wiig, the journalists who were kidnapped and forced to convert to Islam — even though their conversions were obviously coerced, their captors made them say that they were converting freely, and the captors probably believed that themselves. After all, the journos could have chosen to be killed instead.
“Court in Pakistan Validates Forced Conversion, Marriage of Christian Girl to Muslim,” Morning Star News, February 12, 2020 (thanks to the Geller Report):

LAHORE, Pakistan (Morning Star News) – A high court ruling in Pakistan validating the marriage and forced conversion to Islam of a 14-year-old Christian girl has heightened fears that it will encourage others to commit such crimes, sources said.
The High Court in Sindh Province on Feb. 3 dismissed a petition to have the marriage and forced conversion of a Catholic girl overturned, ruling that both were valid since a girl under sharia (Islamic law) can marry after her first menstrual cycle.
Huma Younus was taken from her home in Karachi’s Zia Colony on Oct. 10 while her parents were away and was forced to marry the man who abducted her, identified as Abdul Jabbar of Dera Ghazi Khan, Punjab Province, her attorney said.
“The hearing on Feb. 3 lasted only five minutes,” the family’s attorney, Tabassum Yousaf, told Morning Star News. “The court, in just a few words citing the sharia, has justified the violation of the girl’s body since she has already had her first period.”
Yousaf added that the family was prohibited from seeing Huma because police said her life would be at risk if she was brought to the courtroom.
He said the family challenged Huma’s marriage and forced conversion under the Sindh Child Marriage Restraint Act 2013, which declares marrying a person under 18 years old an offense punishable by up to three years in prison.
Although the Sindh government takes credit for becoming Pakistan’s first elected assembly to pass a bill on child marriage in April 2014, the law is still poorly implemented, sources said.
Yousaf said he submitted Huma’s baptismal and school documents in court that proved she was 14 years old, but nevertheless Sindh High Court judges Muhammad Iqbal Kalhoro and Irshad Ali Shah ruled that the marriage was valid based on her menstrual cycle.
The legal battle has been going on for months with constant delays and excuses cited so as not to present the underage girl in court, sources said.
The family has filed an appeal to the Court of Justice in Sindh Province, and Yousaf said a hearing is scheduled for March 4. Police will thus have more time for medical tests to determine Huma’s age, he said.
Guardian Consent Needed
The girl’s parents were informed via text message that Huma had converted to Islam and had married Jabbar “of her free will,” sources said.
Since forced conversions are not illegal in Pakistan, her attorney said he believed the case hinged on Huma’s age.
Prominent Supreme Court Advocate Saiful Malook told Morning Star News that even though sharia allows marriage of a minor girl if she has her first period, the marriage has to be validated by the girl’s guardian.
“In no way can any court of law endorse an underage marriage unless it is supported by the girl’s guardian,” Malook said. “Marriage is governed by the Contract Act, wherein no minor can enter into a contract or agreement without the explicit approval of her guardian. In this particular case, the court must take into account whether the girl’s legal guardian has consented to her marriage even if it’s judging the act under the sharia.”
He added that a 14-year-old minor cannot be deemed mature enough to change her religion by her own will, considering the fact that she could have been coerced or blackmailed into renouncing her faith. Huma reportedly filed an affidavit declaring that she married of her own free will, but Yousaf has said that such an affidavit can’t be filed legally until she obtains an identity card at age 18.
The high court must order Huma to record a statement in the courtroom, Malook said.
“If the police are not producing the girl before the court on various pretenses, the court should be wise enough to see through the police’s mala fide and hand the custody of the minor back to her parents,” he said.
Malook, who represented Pakistan’s most high-profile blasphemy convict, Aasiya Noreen, better known as Asia Bibi, before the Supreme Court and won her freedom, said that abducting for the purpose of forced conversion and underage marriage is a major problem in Pakistan. He added that legislation effective in curbing the practice is long overdue.
Christian rights activists believe that the ruling of the Sindh High Court will encourage more perpetrators of such crimes to hide behind sharia. Pakistan Center of Law of Justice Executive Director Napoleon Qayyum told Morning Star News that the high court’s ruling would result in a surge in cases of forced conversion and underage marriages of Christian girls.
“Another Christian girl aged 14 was recently abducted and gang-raped by some Muslim youths in Bihar Colony area of Lahore,” Qayyum said. “The victim is a student of grade nine and was abducted by four or five boys on her way to a local tuition center on Jan. 16, 2020. The abductors not only raped her but also obtained her signatures and thumb impressions on some papers.”
Police were able to recover her on Jan. 19, but Qayyum said he fears the suspects will use her signed documents to produce a fake marriage certificate and religion conversion letter in a bid to escape abduction and rape charges.
“This is common modus operandi of Muslims to confuse the court and avoid justice,” he said.
In nearly all such cases, he said, the rapists threaten to harm the girls’ families if they reveal the truth.
“Moreover, the girls are also forced to give false statements in court that they have changed their religion of free will and had married of their own choice,” Qayyum said. “Girls belonging to minority communities often succumb to pressure and consideration for their family’s security, which has further emboldened the men belonging to the majority faith.”…