A church in Corning, New York has posted a notice that it has decided to leave Sovereign Grace Ministries over their change in governmental polity. No mention of the pending child sex abuse lawsuit as a reason.
The posting is on the church website here: http://www.gracecorning.org/life-together/post/separating-from-sovereign-grace-ministries.
Posted by John at 6:44 PM

Parents sue school district so she can use the girls' bathroom:

Ian Morgan Cron http://www.iancron.com/, has been discovered recently by Lighthouse Trails Research and exposed for being the contemplative mystic he is: http://www.lighthousetrailsresearch.com/blog/?tag=ian-morgan-cron. This article refers to the ongoing increase in contemplative mysticism within the Nazarene denomination, whose leadership either denies it is happening, and/or minimizes it. See Manny Silva's work to expose all this at: http://reformednazarene.wordpress.com/, and Stand for Truth Ministries. This is a video of Cron's visit to Willow Creek church talking about his Catholic communion experience:


Interview with Cron about his mystical experiences, wherein he states "the future of the Church is silence": 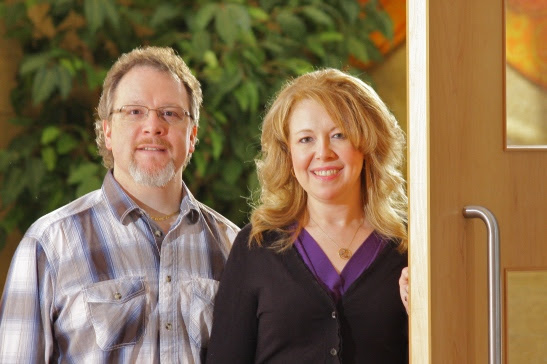 We recently recommended GRACE (Godly Response to Abuse in the Christian Environment) http://netgrace.org/. In the resources area of this website we found an article that we disagree with. Here's why:
Andrew Schmutzer of Moody Bible Institute, has written for Biola University's "Institute of Spiritual Formation", specifically their "Journal of Spirtitual Formation and Soul Care". Biola is one of the most exteme proponents of contemplative mysticism and new age spiritual formation, as reported by Lighthouse Trails Research here: http://www.lighthousetrailsresearch.com/blog/?p=1416.  Schmutzer's is a mystical article recommending such practices for the sexually abused at: http://netgrace.org/wp-content/uploads/Sexual-Abuse-and-Formation_Schmutzer-copy.pdf.
We are warning Bible believing, Reformation adhering Christians to avoid any such program which maligns traditional "Western" Christianity as lacking the ability to heal the full person who has been sexually abused. See pages 77-83 of this article in particular, which alleges that Christianity has had a gross problem with sexuality in all forms, demonstrated in the quote:
"Precisely where transformation and healing are needed in SA, one may encounter a minimization of the 'soma' as a suspicion of the 'flesh' and a practical denial of sexual impulses. When this occurs, it has 'left us with a disembodied theology and a great deal of shame.' Assessing spiritual transformation, for example, Dallas Willard has recently lamented that it often does not work because it 'does not involve the body in the process of transformation.' Willard quips, 'One of the ironies of spiritual formation is that every ‘spiritual’ discipline is or involves bodily behavior.' This disembodied theology remains one of the greatest hindrances to the healing of the sexually abused in Christian ministries".
This mystical and unmeasurable theory claims that, based on the "Eastern" (Hindu/Buddhist/Taoist) new age philosophies and theologies of persons like Dallas Willard, 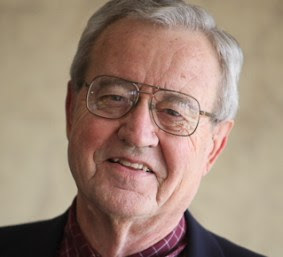 the practices of spiritual formation, comprised of individual but mostly communal rituals, liturgies, and practices (unspecified), can heal the sexually abused where just "ordinary" Christian counseling, prayer and study in the word of God fails, because traditional Christianity ignores the "whole person".
This is gnosticism pure and simple, which makes the claim to have found superior knowledge that only the select few highly educated have discovered and revealed to us, and which ordinary Christians are ill-equipped to understand.
For Schmutzer to rely on the recommendations of Dallas Willard and people of similar beliefs is first a repudiation of the Reformation and the five solas, and is de facto, an alignment with the Catholic Church's many "anathemas" of the Inquisition. Secondly the practices of spiritual formation are doubly dangerous, because it purports to be a new found methodology of a cure for the sexually abused who should not be experimented with, and who also risk being spiritually abused by a system which has pagan, Catholic, and new age roots, without any disclaimers or warnings. Disclaimers and/or warnings would have been appropriate in view of the non-Christian roots of these practices (noticeably lacking in the article), with the added very real possibility that a participant would "bring down" and "connect with" a demon or demons who masquerade as the one true God. Thirdly, Scmutzer maligns the Western church's reliance on "grace", and implying that those who subscribe to grace rather than a methodology of works as found in spiritual formation would feel "hedged in" by such works. We would propose that true Bible believers would in fact not just feel so, but likewise condemn such practices not only because it is works added to grace, but also because it is non-Christian to the core.
Schmutzer and his wife lead a "CHAI" (Courageous Healing of Abuse and Isolation) group at Wheaton Bible Church for the sexually abused: http://lifeatwheatonbiblechurch.com/2012/02/22/like-chai-its-catching-on/.
References and research on Dallas Willard and his contemplative/mystical/new age associations:
From Lighthouse Trails Research:
http://www.lighthousetrailsresearch.com/dallaswillard.htm.
http://www.lighthousetrailsresearch.com/blog/?tag=dallas-willard.
http://www.lighthousetrailsresearch.com/blog/?p=5734.
http://www.lighthousetrailsresearch.com/blog/?p=5058.
http://www.lighthousetrailsresearch.com/withgod.htm.
http://www.lighthousetrailsresearch.com/blog/?p=3837.

Stand Up for the Truth:
http://standupforthetruth.com/2012/05/spiritual-formation-and-neo-gnosticism-lead-believers-down-shakey-path/.

This video of Dallas Willard promoting spiritual formation is self-explanatory. It demonstrates a gnosticism that is above and beyond the intelligence or discernment of "ordinary" of "Western" Christians. When you see or hear anything he proposes, don't be deceived, whether abused or not.