The building is located at 6210 Old National Highway, College Park, Georgia. The business itself is called Old National GYN, http://www.oldnationalgyn.com/.

This is the deed as recorded:

"Just cleared by an internal report in the “Fast and Furious” gunrunning debacle, Eric Holder, the nation’s top lawman now faces allegations that his connection to Dr. Tyrone Cecil Malloy is a conflict of interest that helps explain Holder’s failure to prosecute abortion providers who run afoul of federal law. Documents obtained by Watchdog show that Holder’s wife and sister-in-law co-own, through a family trust, the building where Malloy operated. A Georgia grand jury indicted Malloy on Medicaid fraud charges in 2011. A state medical board twice reprimanded the doctor. A statement from the Georgia Department of Law shows the building was home to Old National Gynecology, Malloy’s medical practice devoted to the performance of abortions. In December 2011, the statement says, a DeKalb County Grand Jury indicted Malloy, Old National’s owner and operator, and his former office manager CathyAnn Edwards Warner on two counts of Medicaid fraud. The indictment alleged Malloy and Edwards accepted nearly $390,000 in federal medical assistance payments for medical office visits associated with the performance of elective abortions and for ultrasound services that were never performed."
Posted by John at 7:02 PM Links to this post 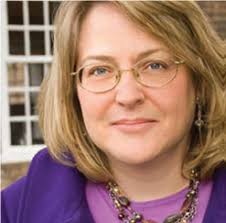 http://www.dianabutlerbass.com/, described within this program by CBS as a "church historian" (actually a liberal/progressive one), and wherein a variety of liberal "christians," humanists, atheists, hedonists, homosexualists, feminists and pagans explain how America is rejecting Bible-based (real) Christianity.

Here is a video of Bass being interviewed about her book "Christianity After Religion",
http://www.youtube.com/watch?v=L5DoQMGyjC0, in which she describes her preference for a new form of experiential spirituality rather than a reformation of old forms of spirituality and old institutions which are supported by the openly gay Catholic Andrew Sullivan and Ross Douthat of the New York Times debating "bad religion" in this video: