HILLARY FOR PRISON 2016~SHE TURNS OVER SERVER 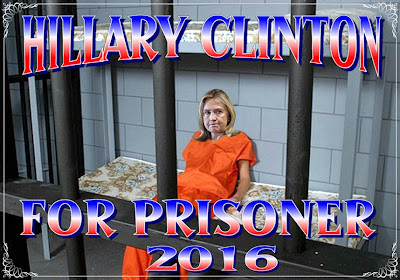 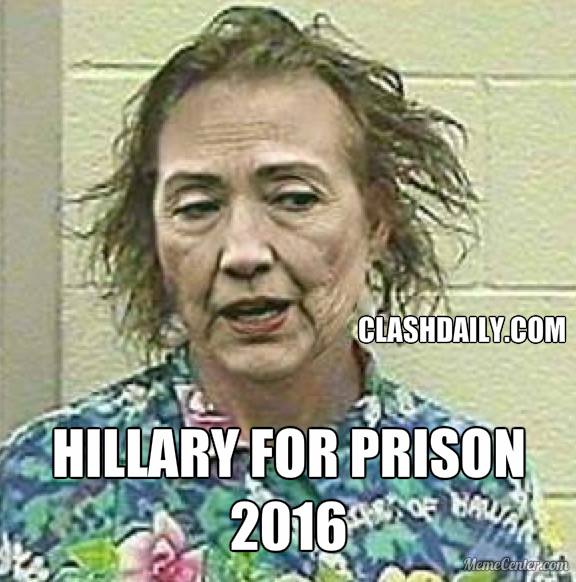 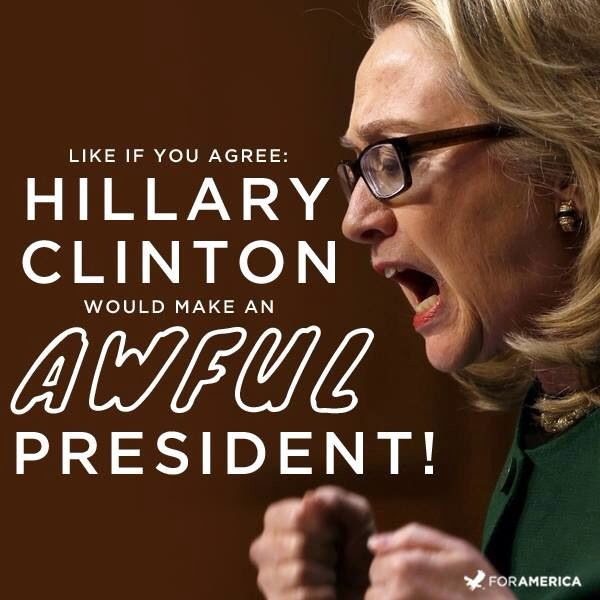 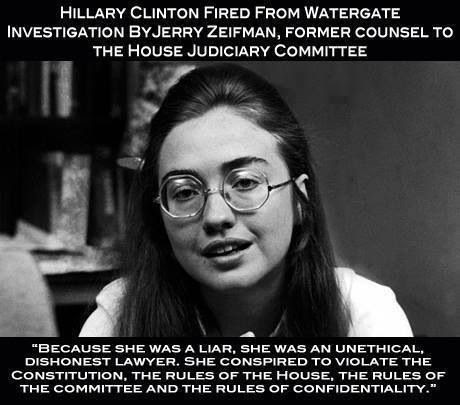 Posted by John at 2:22 PM Links to this post

WAFFLER: JEB BUSH WAS FOR COMMON CORE & ILLEGAL AMNESTY BEFORE HE WAS AGAINST THEM~PRO NSA SPYING IS FULLY OK TOO!

WAFFLER: JEB BUSH WAS FOR
COMMON CORE & ILLEGAL AMNESTY
BEFORE HE WAS AGAINST THEM

Most of Common Core criticism from 'fringe group'?

SEE: http://ringoffireradio.com/2015/08/jeb-bush-calls-common-core-education-poisonous-at-iowa-campaign-unfortunately-he-forgot-he-supports-it/; republished below in full unedited for informational, educational, and research purposes:

SEE: http://www.breitbart.com/2016-presidential-race/2015/05/12/jeb-bush-implodes-embraces-amnesty-invasion-of-iraq-common-core/; republished below in full unedited for informational, educational, and research purposes:

“Passing meaningful reform of immigration and make it a part of it,” Bush answered when asked how he would undo Obama’s unilateral amnesty. “If you’ve been here for an extended period of time, you have no nexus to the country of your parents,” Bush explained. “What are we supposed to do? Marginalize these people forever?” Bush then added that his unwavering position on immigration demonstrated his toughness in the face of critics: “Do you want people to bend with the wind, to mirror people’s sentiment whoever is in front of you? Oh, yes, I used to be for that but now, I’m for this. Is that the way we want to elect presidents?”
He continued in this vein:

I think illegal immigration ought to be punished by coming out from the shadows, earning legal status over an extended period of time where you pay a fine, where you work, where you don’t receive government assistance, where you learn English, where you don’t — you know, you’re where deported if you commit a crime as is the law…There are no, very few other options that I can see.  The option of self-deportation, or making things so harsh is not really — I don’t think that’s practical.  And rounding people up door to door, isn’t practical either.  We need to enforce the, enforce the laws of our country for sure, and enforce the border.

He then stated that Americans could be “persuaded” to agree with him.
Bush is now the second major Republican candidate to embrace Obama’s executive amnesty; fellow Floridian
Sen. Marco Rubio (R-FL)

80%
embraced Obama’s executive amnesty while speaking in Spanish on Jorge Ramos’ television show on Univision. Both Rubio and Bush continue to hide behind the fig leaf of replacement legislation rather than simple repeal of Obama’s executive orders. This position contrasts sharply with that of Iowa and New Hampshire frontrunner Governor Scott Walker (R-WI), who has said that he would not merely stop illegal immigration but would severely limit legal immigration.


Bush also wavered on his support for Pamela Geller, the activist who organized a Garland, Texas event featuring cartoons of Islamic prophet Mohammed – an event that two ISIS-associated terrorists attempted to attack before being shot to death by police. “I think the First Amendment and freedom, freedom of expression trumps everything else,” Bush said. “It doesn’t mean it’s necessarily appropriate to do what they did…The guy who’s the real hero in this isn’t Mrs. Geller or anybody on the other side arguing now. They have every right to do that. It’s the police officer who, you know, unarmed with bulletproof vests, I guess, shot these two guys dead.”
Bush’s position, according to left-leaning The Daily Beast, put him in “a sweet spot on the issue.” It also made a mockery of his speech at Liberty University over the weekend in which he explained regarding religious liberty, “Federal authorities are demanding obedience, in complete disregard of religious conscience – and in a free society, the answer is no.” But apparently he will allow the dictates of political correctness to quash his enthusiasm for Geller.
Kelly asked Bush about his position on the Iraq war. More specifically, she asked whether he would have invaded Iraq given the information we now know about faulty intelligence regarding Saddam Hussein’s weapons of mass destruction program. Bush answered in the affirmative: “I would have, and so would have Hillary Clinton, just to remind everybody. And so would almost everybody that was confronted with the intelligence they got.” But the question, of course, was not whether Bush would have invaded Iraq given the intelligence his brother received; it was whether he would still invade Iraq given errors in that intelligence. By failing to answer that question, he put himself in a precarious political situation.
Finally, Kelly asked Bush about his support for federal Common Core standards. “Common Core,” Bush said, “means a lot of different things to different people. So [critics] could be right based on what’s in front of them. I respect having a view, but the simple fact is that we need higher standards.” Oddly, Bush then called for state standards and said the federal government should “play no role” in those standards – which begs the question as to why the federal government should set the basic standards in the first place.
Bush’s poll numbers have been dropping substantially over the last few months. What was once a solid national lead has now shrunk to within the margin of error, and he is trailing heavily in Iowa and running even with Rubio, Walker, and
Sen. Rand Paul (R-KY)

93%
in New Hampshire. His carefully calibrated positions on hot-button issues are obviously destroying his credibility with primary audiences. “The polls are totally irrelevant,” Bush said. “I’m not a candidate yet. So… everybody needs to take a chill pill on the polls until it gets closer.” That hot take is unlikely to convince potential donors, who are simultaneously being courted by several credible candidates as well as mainstream icon Karl Rove, who has long been at odds with his former boss’ brother.
______________________________________________________

SEE: http://www.thenewamerican.com/usnews/constitution/item/21430-jeb-bush-would-expand-nsa-spy-powers-at-expense-of-civil-liberties
EXCERPT:
During the South Carolina forum, Bush asserted that there is “no evidence” that the NSA’s data collection has violated civil liberties. “I’ve found not one” case, he said.

The Battlefield
SEE: http://saltandlightcouncil.org/battlefield.html; republished below in full unedited for informational, educational, and research purposes:

Our Mission
...to train and equip churches to establish Salt & Light Biblical Citizenship Ministries that
will defend and promote life, traditional marriage, our constitutional and religious liberties.
WHO IS THE SALT & LIGHT COUNCIL? We are a non-political, non-partisan organization, dedicated to promoting biblical moral values in the public sector. Further, we are a coalition of cross-denominational churches with active Salt and Light Citizenship Ministries working to rebuild our Christian heritage in America. We seek to love and care for all of God's people, transforming hearts and minds through prayer, education and action.
We mobilize Christians at the grassroots level, helping them to live out their responsibility to influence government and civic affairs for good. History has clearly shown that without a strong, godly influence to overcome the natural tendency toward evil, governmental authority will destroy God-given rights, including the right to hear and speak His truth.
HOW WE DO IT? We have created a successful "model" citizenship ministry that can be easily replicated, thereby eliminating the need for church leaders to "reinvent the wheel."
Acting as a clearinghouse of information, we collect news from various ministries, policy councils, research organizations, and news-wire services. Each month, we highlight one state and national issue issues of high priority or interest and disseminate this condensed information to our member churches. All issues are vetted in advance from both a legal and a scriptural perspective.
We provide a structure that enables a quick, collective response to the issues that attack family values and God’s “non-negotiable” moral issues. We provide training, biblical worldview education, resources, and on-going support for the Salt and Light Citizenship Ministries at our member churches.

Our Beginnings
The year was 2008. California voters had previously passed Proposition 22, legislation that defined marriage as between one man and one woman only. Judicial activists threw it out, thereby opening the door for same-sex “marriages” to be performed in violation of voters’ wishes and, more importantly, in violation of how God established the family unit—the best environment for raising the next generation. Concerned citizens quickly mounted a campaign to place new legislation on the ballot that would trump the judicial ruling by inserting the definition of marriage directly into the state’s Constitution. It was a desperate, but ultimately victorious, battle… waged largely by Mormons and Catholics. Where was the evangelical church? This was not a political issue; it was a biblical issue!
Sadly, the voice of the Church has become a whimper; we are an increasingly persecuted and marginalized group, obediently accepting the admonition to keep our religious views to ourselves. Pastors were relatively silent during the Prop. 8 battle and many who did ultimately speak out waited until it was almost too late. Churches were not properly positioned to be able to “rally the troops” (grassroots citizens of the church). They were properly utilizing the warning information available from policy councils and watchdog groups. Furthermore, Prop. 8’s margin of victory compared to Prop. 22’s margin (4.5% vs. 23%) is a clear indication that the enemy of family values is quickly closing the gap.
One visionary pastor, Jim Garlow, pastor of Skyline Church and Director of the Pastors Rapid Response Team, saw the need for Salt and Light Citizenship Ministries to be established in as many churches as possible across the country. These Citizenship Ministries provide solutions to the obstacles observed in the Prop. 8 battle, including: The proper role of churches in civil government, pastors who mistakenly believed they should stay silent; church members who were ignorant of what the Bible says about a given issue, also ignorant about our nation's Christian heritage; people who wanted to engage in the battle but didn’t know how or where to start.
Pastor Garlow approached Dran Reese and asked her to take the lead in San Diego and California… and the Salt & Light Council was born. The Council is a non-profit 501C3 corporation whose purpose is to train and equip churches nationwide to start and maintain Salt and Light Citizenship Ministries.
Along the way, the Council became aware that more ministries would be started if there were a carefully tested approach to establishing the individual Citizenship Ministries, one with rigorous standards that was able to cross Christian denominations—in short, a model. So a model citizenship ministry was established and it is available to churches now. With pastoral approval, we provide a turnkey ministry with minimal investment and eternal rewards. Our methods are proven and successful; your church can engage in prayer, education and action on issues and legislation with the utmost confidence. Our focus is on working at the grassroots level to carry out the essential action items needed to be a godly influence in our state, nation and world.
Thus, if you want your church involved in the restoration of our nation's soul, then Salt and Light is a vehicle to help you accomplish that. We tackle biblically relevant issues of public policy, including those related to the sanctity of life, the family unit, our Christian heritage, our role as citizens in civil government and our right to hear and freely speak His truth. The Church can and should strongly influence the national legacy of America that we will pass on to the next generation, and do so with assurance. All materials from the Salt & Light Councilare legally backed and biblically sound.
The battles continue—indeed are escalating on so many fronts—and a victory for biblical principles is by no means guaranteed. Subsequent to the passage of Prop. 8 in California, one homosexual activist judge proceeded to overturn the votes of 7 million people by deeming it unconstitutional. This critical, biblical issue will likely end up at the Supreme Court level where five, very powerful, unelected judges will decide on behalf of the entire nation what the family unit will look like.
As this one example demonstrates, our nation has fallen far from God's plumb line. Europe has slipped into the abyss of postmodernism and our own country may not be far behind. It is time to restore America back to its Christian foundations. Will you be part of the solution?
_______________________________________________________________

Posted by John at 8:10 AM Links to this post