NO, OUR FOUNDING FATHERS
WERE NOT ANARCHISTS;
JUST LIKE 21ST CENTURY PATRIOTS
WHO KNOW THEIR GOD GIVEN RIGHTS 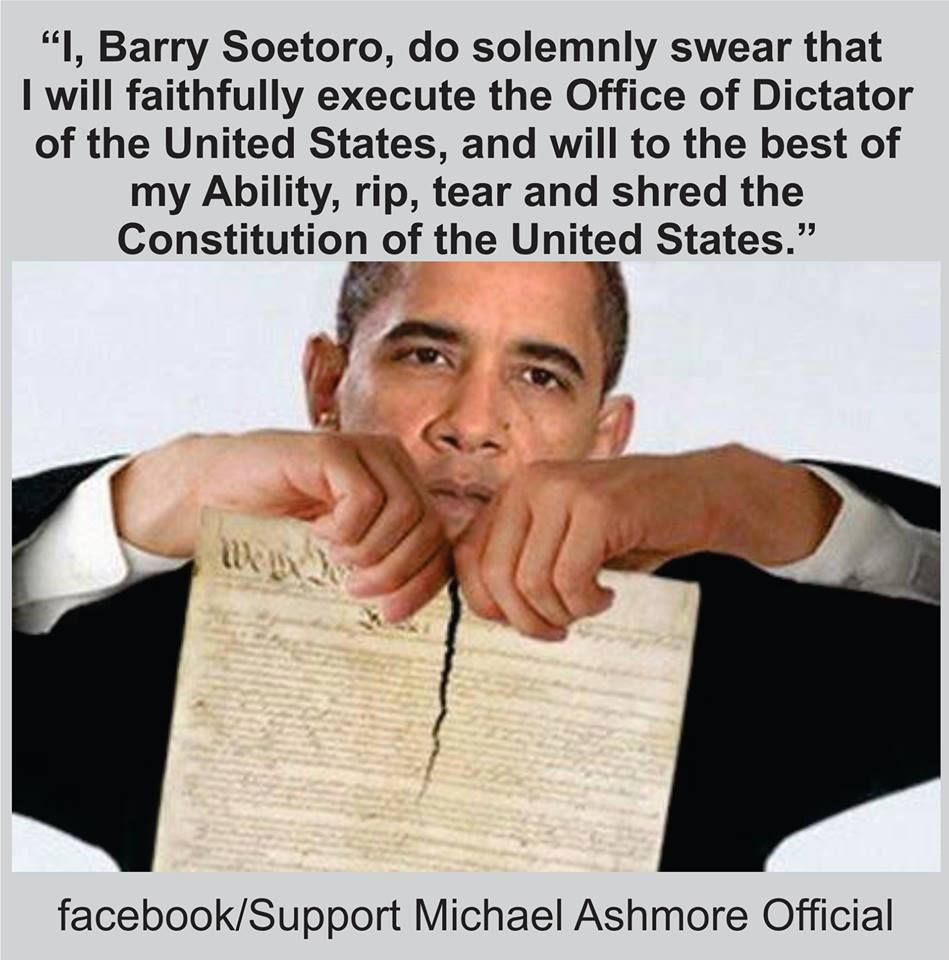 FRANKLIN GRAHAM: ALWAYS OBEY THE POLICE, EVEN IF THEY DENY YOU YOUR CONSTITUTIONAL RIGHTS, BREAK INTO YOUR HOME OR CAR WITHOUT A WARRANT, STEAL YOUR LEGAL GUNS, KILL OR ASSAULT YOU WITH TASERS, CLUBS & GUNS

"Christians who love the Constitution should question Franklin Graham's remarks on police shootings":

Over 100 People Were Killed by Police in March. How Many More Will It Take?

Franklin Graham On The Wrong Side Of The Bible And History:

SEE: http://chuckbaldwinlive.com/Articles/tabid/109/ID/407/Franklin-Graham-On-The-Wrong-Side-Of-The-Bible-And-History.aspx;
EXCERPT:
"“Rev. Franklin Graham and other leading evangelical figures are publicly backing efforts to require background checks for all gun purchases, providing a shot in the arm to stalled congressional efforts to enact elements of President Barack Obama’s gun control plan.
“Graham, the son of evangelist Billy Graham and the president of Christian relief organization Samaritan’s Purse, and Dr. Richard Land of the Southern Baptist Convention’s Ethics & Religious Liberty Commission told TIME they have agreed to back universal background check legislation put forward by the administration in the wake of last year’s shooting at Sandy Hook Elementary School in Newtown, Conn.
“‘As ministers, we agreed together that we could stand on a united front for universal background checks,’ Graham told TIME, noting he had many conversations with civil rights leader Rev. Amos Brown on the subject. ‘We think that’s reasonable and responsible.’”
My disappointment, and even anger, at Mr. Graham’s endorsement of universal background checks cannot be put into words. When America falls into tyranny and oppression it will be with the help and assistance of the likes of Franklin Graham and Richard Land. In fact, it is no hyperbole to say that pastors and Christians all over America are facilitating their own slavery.
Adolf Hitler would never have been able to become the fuhrer of Germany without the collaboration and cooperation of Germany’s evangelical pastors and churches. It is an absolute truth that the blood of Hitler’s victims flows to the doorsteps of Germany’s churches. There were some 14,000 evangelical churches in Germany at the time Hitler and his fellow Nazis were rising to power. Out of those 14,000 pastors and churches, only 800 had the courage and sagacity to oppose Hitler. That equates to about 5%."
________________________________________________________________
THE POLICE ARE NOT WATCHING OUT
FOR OUR SOULS
A BOOST FOR OBAMA, JUST LIKE ANDY STANLEY CALLING OBAMA "PASTOR IN CHIEF", DESPITE HIS PEVERSIONS

"America’s Pastors Are Doing More To Enslave Our Country Than Any Foreign Power":

http://chuckbaldwinlive.com/Articles/tabid/109/ID/3298/Americas-Pastors-Are-Doing-More-To-Enslave-Our-Country-Than-Any-Foreign-Power.aspx;
EXCERPTS:
"All of that sounds well and good. I, too, was taught by my father to respect and obey authority. And if a policeman points his semi-automatic handgun in my face and tells me to get on the ground, I will get on the ground for fear of my life. BUT THAT DOESN’T EXCUSE A POLICEMAN WHO GIVES UNLAWFUL ORDERS OR WHO THREATENS THE LIVES OF CITIZENS UNNECESSARILY AND ILLEGALLY.
I can promise you that if I am on the ground at the point of a policeman's gun, it is NOT respect that has laid me prone on the pavement; it is FEAR. Fear for my life.
Yes, honest, God-fearing folks respect the POSITION held by law enforcement officers, but there can be no respect for those individuals who use the position of law enforcer to misuse and abuse the law!
The examples of police abuse and the “trigger-happy-cops” syndrome are now a regular occurrence in our country . Every day in America, harmless, innocent citizens of all ages and races are subjected to police thuggery.  It may not be true, but it seems that more and more police officers have a “shoot-first-and-ask-questions-later” police-state mentality. And it is being demonstrated on the streets of America EVERY DAY."
__________________________________________________________

Posted by John at 2:13 PM Links to this post

THE SACRIFICE & ATONEMENT OF JESUS CHRIST IS LOST
"OUTREACH" EASTER FUN AT: http://libertybaptist.net/ CATHOLIC WAY OF THE CROSS OR STATIONS OF THE CROSS
https://en.wikipedia.org/wiki/Stations_of_the_cross 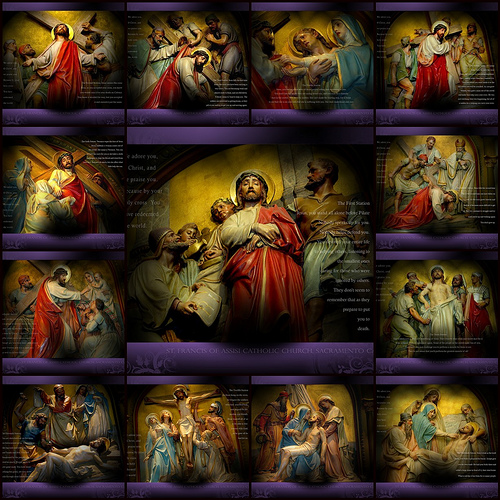 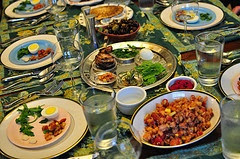 Islamic Terror Group Targets Christians
in Bloody Attack on Kenyan University,
Over 140 Dead
SEE: http://the-trumpet-online.com/islamic-terror-group-targets-christians-bloody-attack-kenyan-university-140-dead/; republished below in full unedited for informational, educational, and research purposes:
NAIROBI, Kenya – Over 140 Kenyan students were shot dead today as an Islamic terror group carried out a bloody attack aimed at Christians at a university in Nairobi.
“We sorted people out and released the Muslims,” Sheikh Abdiasis Abu Musab, the spokesman for the group Al-Shabaab, which took responsibility for the armed assault, announced. “There are many dead bodies of Christians inside the building. We are also holding many Christians alive.”
The incident occurred at Garissa University in the early morning hours on Thursday, where four masked gunman threw explosives at the main gate outside of the property, and then entered the building and began gunning students down. Reports state that shouts of “Allahu Akbar,” or “Allah is the greatest,” were heard as the attack was underway.
Collins Wetangula, the vice chairman of the student union, was one of the witnesses to the terror.
“If you were a Christian, you were shot on the spot,” he told Sky News. “With each blast of the gun I thought I was going to die.”
Students that were taken hostages were held in a dormitory, and unconfirmed reports state that explosives were staged around those that identified as Christian. However, some students that had converted to Islam rather than being born into Muslim families were also shot dead.
Hundreds began running for safety as gunfire rang out, with some locking themselves in rooms or fleeing the building altogether.
“The sound of gunfire was all over. We couldn’t tell what was the right direction to go to be safe,” student Ann Musyoka told USA Today. “We had to face the gunmen; they shot several people as we escaped towards the gate.”
The hours-long standoff ended late this afternoon as security forces stormed the university in an effort to save those taken hostage and stop the gunmen from shedding more blood. Kenya’s National Disaster Operations Center announced following the confrontation that the assailants had been shot dead.
“The operation at Garissa University College has ended, with all four terrorists killed,” it posted to Twitter.
174 people were killed in the terror attack, including two police officers, and at least 179 others were injured.
As previously reported, Al-Shabaab, being translated, means “The Youth.” It states that its goal is to wage war against the “enemies of Islam” and is recognized by the United States and several other countries as a terrorist organization. The group is believed to have been formed in 2006 and is affiliated with al Qaeda and the Islamic Courts Union.
In February, Al-Shabaab released an online video where it urged attacks on three specific international malls: the Oxford Street shopping strip in London, England, the West Edmonton Mall in Alberta, Canada and the Mall of America in Bloomington, Minnesota. Security measures tightened following word of the threats against the U.S. mall.
“We extend our deep condolences to the families and loved ones of all those killed in this heinous attack, which reportedly included the targeting of Christian students,” White House spokesman Josh Earnest said on Thursday.
______________________________________________________________

147 dead after attack on Kenyan campus:

Kenyan Shooting Illustrates Again the Need for an Armed Citizenry:
Published on Apr 2, 2015
A year and half ago, it took days for the same terrorists (El-Shabob) in the same country (Kenya) to kill 67 people. Today they killed 147 people and wounded 79 in just 15 hours. Most of the casualties came while people waited for the police. It was after the 2013 shooting that Interpol Secretary General Ronald Noble stressed that an armed citizenry was the only option that would protect the citizens. But Kenya’s President stressed that he will protect the citizens with more police. Yet in the US, police themselves have killed 100 people in March alone.