THE STATE IS NOT
EDUCATOR, PROVIDER, AND PROTECTOR
WHEN THE UNBORN ARE
"MARGINALIZED & VULNERABLE",
VIEWED AS "TISSUE", "NON HUMAN",
"NOT PERSONS"
"The Ministry used various deceptions to gain consent from parents or guardians, particularly in Catholic areas, where parents were generally uncooperative. Parents were told that their children were being sent to "Special Sections" for children, where they would receive improved treatment. The children sent to these centres were kept for "assessment" for a few weeks and then killed by injection of toxic chemicals, typically phenol; their deaths were recorded as "pneumonia". Autopsies were usually performed, and brain samples were taken to be used for "medical research." This apparently helped to ease the consciences of many of those involved, since it gave them the feeling that the children had not died in vain, and that the whole programme had a genuine medical purpose."
ABOVE QUOTE FROM: https://en.wikipedia.org/wiki/Action_T4 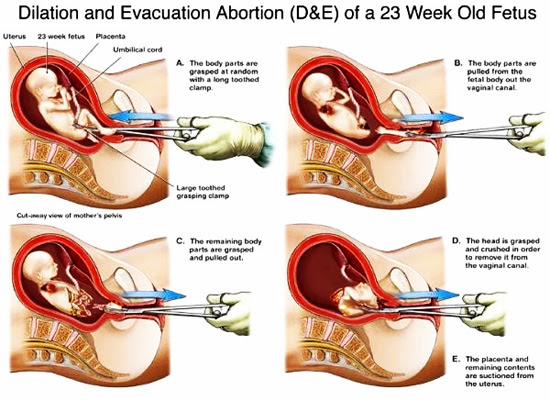 Statement of Bliss Kaneshiro, MD
Physicians for Reproductive Choice and Health
OB/GYN and Family Planning Fellow
To the Senate Committee on Health of the
Hawaii State Senate in support of
SB 1111, "Relating to Family Planning"

THE LIE OF
"LEAVING NO POPULATION 'MARGINALIZED & VULNERABLE'"
QUOTE MADE BY DR. KANESHIRO IN HER REPORT ABOVE:
"As the Guttmacher report states,
“Every public dollar spent on family planning services saves the federal and state governments three dollars in Medicaid costs for prenatal and newborn care.”
By passing SB 1111, Hawaii would be taking a responsible step toward providing comprehensive, accessible reproductive healthcare for all its citizens, leaving no population marginalized and vulnerable.
I urge the government to embrace its role as an educator, provider and protector, and make comprehensive reproductive healthcare available to the entire population of Hawaii."

FROM: http://www.hawaiiresidency.org/ob-gyn-residency/administration-and-organization
AND: http://hawaiiipa.com/directory/specialist/OB-GYN
OFFICE ADDRESS:550 S Beretania St Floor 6 Honolulu 96813 (FOR BOTH)

SEE: http://the-trumpet-online.com/university-hawaii-recruits-minors-abortion-bleeding-experiment/; republished below in full unedited for informational, educational, and research purposes:

By Operation Rescue Staff
Honolulu, HI — The University of Hawaii is recruiting patients as young as 14 for second-trimester abortions to determine how much they bleed during the procedure. The controversial study is already underway at the Kapiolani Medical Center in Honolulu, led by Bliss Kaneshiro, MD and Kate Whitehouse, DO.
In the randomized trial, researchers experiment by either providing or denying intravenous oxytocin to abortion patients. Oxytocin is commonly used to minimize blood loss and decrease the risk of hemorrhage. However, some doctors are concerned that denying oxytocin during surgery may put patients, especially teen girls, at risk.
“This study is reminiscent of Nazi concentration camp experiments. I pity the poor women who are being treated like lab rats, especially those who are denied the drug to reduce hemorrhaging,” said Troy Newman, President of Operation Rescue. “I have read too many autopsy reports of women who bled to death during abortions to think this is anything but immoral and ghoulish.”
The abortion study is entitled “Effects of Oxytocin on Bleeding Outcomes During Dilation and Evacuation.” Abortion patients must be from 18-24 weeks gestation and from 14-50 years old. Researchers will measure how much each patient bleeds during her abortion, based on whether or not intravenous oxytocin is provided to her.
Dilation and evacuation abortions are grisly 2-3 day procedures that involve dismembering the pre-born baby with forceps and other instruments in order to remove him or her from the womb.
The study is still seeking up to 166 test subjects and is expected to conclude in July 2015. So far no study results have been released.
In a flyer recruiting a research associate to assist with the study, one of the “Factors for Success” in the position was “Comfort with observation of surgical procedures and abortion-related healthcare.” In other words, the applicant must be comfortable watching dismemberment abortions. (Click to view a dismemberment abortion. Warning, extremely graphic content.)
The University of Hawaii has done little to publicize the hospital-based abortions outside the medical community, perhaps fearing a public backlash. The Kapiolani Medical Center for Women and Children, where the abortion study is based, does not advertise abortions on its website.
“Abortionists are continually conducting abortion experimentation on women. That’s how the D&E abortion process and other abortion methods were invented, for example,” said Newman. “It is appalling to read the details of this particular experiment especially considering that they are using test subjects as young as 14 years old. It’s just heartbreaking.”
The study is being done by the University of Hawaii in collaboration with Society of Family Planning and the University of Washington.
The Society of Family Planning provides millions of dollars in grant money for abortion and contraception-related studies. Other example of studies funded by the Society of Family Planning include:

• Studying outcomes of very early surgical and medication abortions.
• Experimenting with the dosage of Misoprostol, a uterine contracting agent, prior to surgical abortions at 13-18 weeks.
• Exploring umbilical cord injections to produce fetal death prior to late-term abortions.
• A study called “Responding to Crisis” that evaluates how abortion providers are responding to abortion restrictions in their states. 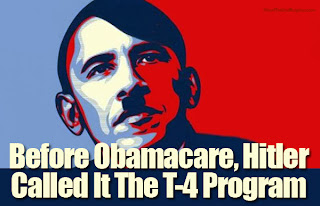 "125 marks are the expenses for a healthy German school child. How much percent more expensive (for) the German people is a lunatic or cripple?" - That was an arithmetic problem in the time of National Socialism.

USA: OTHERS ARE A BURDEN EVEN BEFORE THEY ARE BORN?

SAVING MONEY FOR THE STATE,

This poster (from around 1938) reads: "60,000 Reichsmark is what this person suffering from a hereditary defect costs the People's community during his lifetime. Fellow citizen, that is your money too. Read '[A] New People', the monthly magazine of the Bureau for Race Politics of the NSDAP." 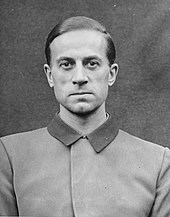 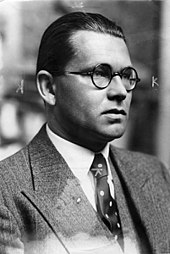 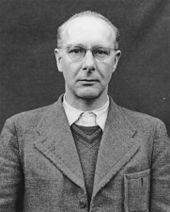 Published on Nov 16, 2012
German healthcare is often cited as an example that America should emulate. This is a video that provides some background on the German universal healthcare system that is relevant to the current debate on government control of the healthcare system in America. The question is not that the programs are currently the same, but why should this much power be given to the Government, which can so easily be abuse by such a messianic dictator that may gain power?

Centralized government control of the healthcare system was already in place, when Hitler came along and wanted to use it for mass murder. German socialized healthcare was started in the 1880's by Otto von Bismarck, called the Iron Chancellor for his dictatorial style of governing. Socialized healthcare was applied to some segments of the society under Bismarck, but it was Hitler that expanded the system to the entire population and made it truly universal health care. Adolf Hitler is really the father of universal health care. He also expanded it to several other countries, such as France, Belgium and the Netherlands, after there were occupied by Nazi troops.

Much of the early work in Eugenics was done in the United States and Hitler was inspired by the work by of American scientists. Eugenics is based on the idea that Government can improve that health of the population by making decisions that tailor the genetics of the population. The German government decided that the Jewish race is genetically inferior and their genes should be eliminated from the population. Many of the techniques used in the mass extermination of the Jews were developed and first implemented in the hospitals of the German universal healthcare system. The German universal healthcare system gave Hitler the control that he needed to develop the methods of mass extermination and to do the first trials of mass extermination.

For more info, see the webpage below.

Obamacare & Eugenics -- Why the Government should NOT Control Healthcare!
http://stop-obama-now.net/obamacare-e...

AMERICANS BEING CONDITIONED: FEDS PREP FOR MARTIAL LAW TAKEOVER~HUGE MILITARY BASES NOT GOOD ENOUGH TO TRAIN ON~THEY THINK THE STREETS OF YOUR TOWN ARE BETTER? WHEN CITIZENS WHO KNOW THEIR RIGHTS ARE THE ENEMY
MILITARY TRAINING IN POPULATED AREAS USED TO CONDITION AMERICANS
TO THE PRESENCE OF
MILITARY & MILITARIZED POLICE AS NORMAL
POSSE COMITATUS LAW & CONSTITUTION BEING IGNORED
"TRAINING FOR OVERSEAS" QUESTIONABLE
Published on Apr 1, 2015
With the EAS TV takeover fiasco, the assault exercise on a north texas airport, and the Special Forces internment camp roundup exercises in Florida we can see the Martial Law plan coming into full view, One Thousand points of tyranny await.