SOCIALIST NEIGHBOR ASSAULTS SENATOR RAND PAUL, FRACTURES FIVE OF HIS RIBS
BY BOB ADELMANN
SEE: https://www.thenewamerican.com/usnews/politics/item/27318-socialist-neighbor-assaults-sen-rand-paul-fractures-five-of-his-ribs;
While mowing the lawn in front of his Bowling Green house last Friday, Senator Rand Paul (R-Ky.) was tackled at full speed from behind by his next door neighbor, Rene Boucher. Initially Paul said his injuries were minor, and local police charged Boucher with misdemeanor “assault in the 4th degree, minor injury,” punishable by up to a year in jail and a $500 fine.
But Paul was later diagnosed with five fractured ribs, three of them displaced, with recovery likely to take weeks if not months. As jailer Stephen Harmon told Fox News on Monday, “Other charges [against Boucher] may be pending.”
Not only did Boucher’s blindside hit on Paul catch him by surprise, it also caught some neighbors and friends by surprise as well. They knew they were political opposites — Boucher a socialist and Paul a constitutionalist — but living next door to each other, they often walked their dogs together, said Jim Skaggs, a member of Kentucky’s Republican Party executive committee. He added:

There were as far left and right as you can be [but] we heard of no friction whatsoever other than they just [had a] difference of opinion. Both of them walked their little dogs about a mile and a half circle, a nice little dog trot. I’d see them walking, maybe they might stop and speak with each other.

Jim Bullington, a former member of Bowling Green’s city commission who knows both men well, described Boucher as a divorced vocal anti-Trump socialist who is “pretty much the opposite of Rand Paul in every way.” They would often engage in political discussions, which got heated from time to time, according to Bullington.
Other than the fact that Boucher is also a registered Democrat with strong opinions on national healthcare, no one is yet able to come up with a specific motive for the attack.
Paul’s injuries, however, may give Boucher additional time to consider his behavior. Doug Stafford, a senior advisor to Paul, told Fox News that “this type of injury is caused by high velocity severe force," adding that “displaced rib fractures can lead to life-threatening injuries such as hemopneumothorax [short for blood accumulating in the membrane surrounding the lungs], pneumothorax [a collection of air or gas in the chest or pleural space that causes part or all of a lung to collapse], pneumonia, internal bleeding, laceration of internal organs and lung contusions. Senator Paul does have lung contusions currently.”
The original complaint filed by Paul against Boucher said that his neighbor came onto his property and tackled him from behind, knocking him to the ground. He reported that he had trouble breathing because of a rib injury.
There is a Kentucky statute that considers an assault such as this a felony if there is serious physical injury. To add to Boucher’s concerns, both the Kentucky State Police and the FBI are investigating as to whether Paul’s injuries are severe enough to charge Boucher with felonious assault. Boucher has a court date on Thursday, where he will likely learn whether Paul’s injuries warrant such an upgrade.
For his part, Paul says he’s doing just fine. He’s a little sore, but he plans to be back in Washington in a few days. Paul's bill of health should give some comfort to Senate Majority Leader Mitch McConnell, also from Kentucky, as the Senate has a full agenda regarding tax reform, and Paul’s vote, either way, could be crucial to its passage.
From this writer’s personal experience, Senator Paul is going to be in considerable pain for some period of time. If charges against Boucher are upgraded from misdemeanor to felony, Boucher, a retired anesthesiologist, will suffer a much different and more costly type of pain.
________________________________________________

Rene Boucher Accused Of Attacking Senator Rand Paul Appears In Court
Retired Anesthesiologist May Be Charged
With Felonies
Rand Paul Has 5 Broken Ribs After Assault
at His Home
It was revealed tonight that Senator Rand Paul suffered 5 broken ribs in the assault at his home on Friday. Paul was blindsided by his neighbor Rene Boucher, who was arrested. These injuries are much worse than originally thought. What does this say about the assault? We have LIVE BREAKING NEWS COVERAGE of the Rand Paul broken ribs story.

Posted by John at 2:25 PM Links to this post 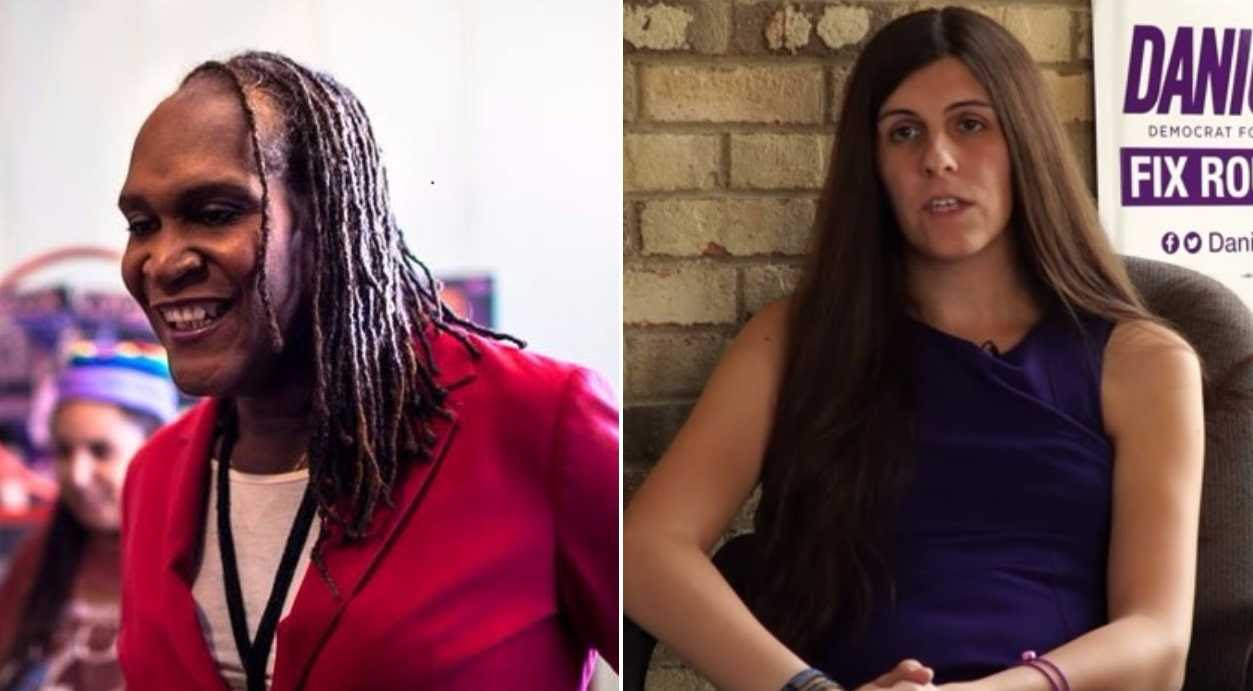 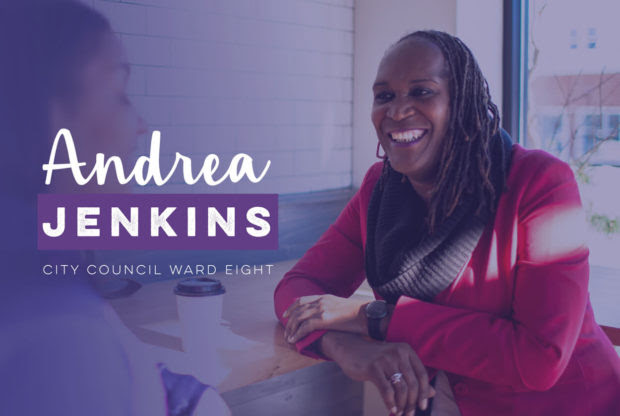 TWO MEN WHO IDENTIFY AS WOMEN ELECTED TO GOVERNMENT OFFICES AS DAYS GROW DARKER
BY HEATHER CLARK
SEE: http://christiannews.net/2017/11/08/two-men-who-identify-as-women-elected-to-government-offices-as-days-grow-darker/;
Andrea Jenkins, whose birth name has not been cited in reports, was elected to the Minneapolis City Council with 73 percent of the vote. Jenkins began presenting as a female 26 years ago at age 30, and has been working as the senior policy aide for Councilmember Elizabeth Glidden for the past 12 years.
He also is active as a poet and a transgender activist, working with the Transgender Oral History Project (TOHP) at the University of Minnesota.
Jenkins announced his candidacy for the 8th Ward seat last year after Glidden decided not to run for reelection.

“I am prepared and ready to bring positive change toward a more equitable Minneapolis,” he said in a statement. “I look forward to working with the residents of the 8th Ward, and beyond, in creating the policies and programs necessary to bring sustainable improvement for everyone in our economy, housing, and services.”
On Tuesday night, Jenkins stated that with his win the days of transgender people being “marginalized” are over, as “[w]e don’t just want a seat at the table, we want to set the table.”
“Transgender people have been here forever, and black transgender people have been here forever,” he told the Washington Post. “I’m really proud to have achieved that status, and I look forward to more trans people joining me in elected office, and all other kinds of leadership roles in our society.”
Virginia, Democratic candidate Daniel “Danica” Roem was elected to the House of Delegates 54-45 over incumbent Republican Bob Marshall. Roem works as a journalist and is also a heavy metal rocker with the band Cab Ride Home, which describes itself as “drunken thrash metal” on its website.
“[O]ur songs are about drinking and our shows are about raging,” the band description reads.
“Just because I sing in a heavy metal band while spinning my head in circles and getting paid to do it, why can’t I run for government?” Roem told the outlet Noisey in June. “Why would I have to change who I am in order to run for government? I’ve already had to go through transformative change.”
Marshall, who served for 13 terms, stood against the affirmation of homosexuality and gender confusion in office, and refused to refer to Roem as a woman during the election.
As previously reported, Marshall had proposed a bill last year that would have required the use of restrooms and locker rooms at government-run facilities, including public schools, to align with one’s birth gender. However, in January, his “Physical Privacy Act” was dispensed with no voice vote and no debate, which Marshall called “disgusting.”
Marshall also filed a bill this year to counteract an executive order signed by Gov. Terry McAuliffe that requires the Commonwealth to only enter into government contracts with businesses and organizations that have anti-discrimination policies in place protecting homosexual and transgenders. Some believed that the order effectively banned Christian entities and faith-based charities from working with the state since they would not enact such policies due to the need to hire in accordance with their mission statement and values.
“Make no mistake: Neither Governor McAuliffe nor the LGBTQ advocates who want to destroy the livelihood of photographers, caterers, bakers, florists, musicians and others who refuse to ‘celebrate’ same-sex ‘marriage’ will be satisfied with merely symbolic victories,” Marshall opined.
Peter LaBarbera, executive director of Americans for Truth About Homosexuality, expressed disappointment that voters chose Roem over Marshall, writing, “I’m devastated to learn of the loss in the Virginia delegate race of pro-family hero Bob Marshall to a man who is pretending to be a woman, ‘Danica’ Roem. Bob is one of the most principled and effective state legislators in the nation, and of course there was egregious media bias in covering the race.”
“[O]ut-of-state liberals sunk in tens of thousands of dollars to help the ‘transgender’ Roem because, well, liberals just can’t seem to celebrate gender confusion enough,” he said.
Isaiah 45:9 reads, “Woe unto him that striveth with His Maker! Let the potsherd strive with the potsherds of the Earth. Shall the clay say to him that fashioneth it, ‘What makest thou?’ or thy work, ‘He hath no hands?’”
Romans 9:20 also states, “Nay but, O man, who art thou that repliest against God? Shall the thing formed say to him that formed it, ‘Why hast thou made me thus?’”
________________________________________________________

Man becomes first ‘transgendered’ state rep
in US history
SEE: https://www.lifesitenews.com/news/breaking-bob-marshall-race
EXCERPTS:  Political pundits called this the “race of the year.” Marshall has an impressive record of defending life and marriage and the laws protecting them. Roem stressed during his campaign that “it’s time for us to take out those parts of our state code that still make us a regressive place.”
Roem campaigned on a platform of transgender sex education for kindergarteners. He released a campaign video about how his “identity shouldn’t be a big deal.”
Marshall is a seasoned social conservative who has defended life, family, and religious freedom in the Virginia legislature. Marshall refused to incorrectly call Roem a “woman” during the campaign, saying, “You can change appearances, but your DNA fixes your bodily structures for your entire life.”
_______________________________________________________
Danica Roem VICTORY SPEECH
First Transgender Legislator
Danica Roem, a journalist turned public works advocate, has won Virginia’s 13th District House of Delegates seat, making her the state’s first transgender legislator. Roem beat out the district’s 26-year incumbent, conservative values and government transparency champion Bob Marshall.
______________________________________________________
Phillipe Cunningham, Another Transgender Man
is Elected to Office;
Andrea Jenkins in Minneapolis
Minneapolis has elected a black transgender woman to its city council in what advocacy groups say is a national first. Andrea Jenkins easily won the race for a south Minneapolis seat Tuesday with roughly 73 percent of the vote. Jenkins spent years as a policy aide to two previous council members in the same ward. "She" replaces councilwoman Elizabeth Glidden who did not seek re-election. In Minneapolis, voter turnout was strong with dozens of locations running out of ballots. Election officials says voters helped shatter the turnout numbers from four years ago. This result follows transgender man Danica Roem becoming the first out trans person to be elected to a state legislature
Minneapolis Elects 2 Transgender
City Council Members
Phillipe Cunningham - Election Night Speech

Posted by John at 2:11 PM Links to this post

Posted by John at 1:27 PM Links to this post

NETFLIX PREMIERES "DAMNATION":
A PRO COMMUNIST UPRISING SERIES
MILLIE WEAVER OF INFOWARS REVIEWS:
Infowars reporter Millie Weaver discusses a new series being launched by Netflix and the USA Network on November 7th, Damnation, which promotes alt-left “Antifa” doctrine as well as communist style propaganda. It’s based in the 1930’s mixing pop-culture, civil rights, suffrage, speakeasies with an anti-capitalist and anti-industrialist class warfare message. It was ordered for production this past May giving Game of Thrones executive producers only three month to make it just in time for the November 4th protests.
Posted by John at 1:10 PM Links to this post