OBAMA: WHILE HE TANGOED, YOU YAWNED?~SURPRISE: TAXPAYERS BILLED $1.4 MILLION FOR ARGENTINA TRIP! 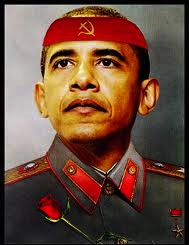 IT WAS YOUR HEAD, NOT HIS
YOU THOUGHT THIS WAS NO BIG DEAL; NOTHING TO GET EXCITED ABOUT?
THINK AGAIN, BECAUSE YOU'RE
PAYING FOR HIS JUNKET DOWN BELOW
SEE OUR PREVIOUS POST:
http://ratherexposethem.blogspot.com/2016/03/the-obamas-tango-at-glitzy-state-dinner.html

POR UNA CABEZA (BY A HEAD)
The lyrics of the song talk about a compulsive horse-track gambler who compares his addiction for the horses with his attraction to women. 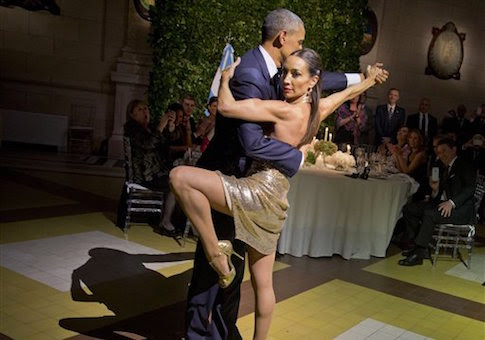 A NAZI SS FAVORITE, AND AN ARGENTINIAN ONE TOO! 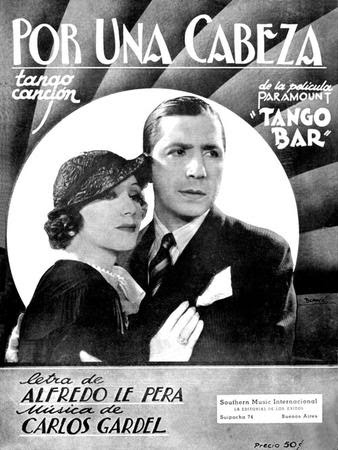 ENGLISH TRANSLATION OF SONG OBAMA DANCED TO:
Losing by a head of a noble horse
who slackens just down the stretch
and when it comes back it seems to say:
don't forget brother,
You know, you shouldn't bet.

Losing by a head, instant violent love
of that flirtatious and cheerful woman
who, swearing with a smile
a love she's lying about,
burns in a blaze all my love.

Losing by a head
there was all that madness;
her mouth in a kiss
wipes out the sadness,
it soothes the bitterness.

Losing by a head
if she forgets me,
no matter to lose
my life a thousand times;
what to live for?

Many deceptions, loosing by a head...
I swore a thousand times not to insist again
but if a look sways me on passing by
her lips of fire, I want to kiss once more.

Enough of race tracks, no more gambling,
a photo-finish I'm not watching again,
but if a pony looks like a sure thing on Sunday,
I'll bet everything again, what can I do?

President Barack Obama’s two-day visit to Argentina, where he tangoed and downplayed the differences between capitalism and communism, cost taxpayers nearly $1.4 million.
The president traveled to Argentina last week after his two-day stop in Cuba. The visit racked up substantial costs for hotels, transportation, and advance bathroom maintenance, according to government contracts signed by the State Department and Department of Homeland Security.
Lodging for the president and White House staff totaled $115,588, while conference rooms cost $35,584. Another contract for hotel rooms cost $31,585.
U.S. Secret Service costs associated with the trip included $120,782 for hotel rooms at the Hyatt Park in Buenos Aires and $707,801 for transportation.
Use of Marine One, the presidential helicopter, during Obama’s trip cost $44,611. Other transportation costs included contracts worth $68,597, $23,304, $4,789, $8,212, and $24,955.
Transportation costs for journalists traveling with the president as part of the White House Correspondents Association totaled $141,794.
Finally, a contract signed March 9 for “repair and maintenance for pool bathrooms” for the president’s visit to Argentina cost $50,218.
President Obama arrived in Argentina on March 23, after he posed in front of a mural of Marxist and mass murderer Che Guevara and did the wave at a baseball game in Cuba.
Contracts for Obama’s visit to Cuba have not been made public, except for one worth $18,400 for “POTUS press credentials.”
In all, taxpayers were billed $1,394,294 for the Argentina trip and press credentials in Cuba. One hotel contract was refunded, subtracting $1,926 from the total.
The president was widely criticized after he was photographed doing the tango in Buenos Aires just two days after the terrorist attacks in Brussels, Belgium. The attacks killed 32 people, including four Americans, and wounded over 300 others.
During the visit, Obama also apologized for America’s role in Argentina’s “dirty war” in the 1970s and gave a less-than-ringing endorsement of capitalism in a speech to Argentinian youth.
“So often in the past there has been a division between left and right, between capitalists and communists or socialists, and especially in the Americas, that’s been a big debate,” the president said. “Oh, you know, you’re a capitalist Yankee dog, and oh, you know, you’re some crazy communist that’s going to take away everybody’s property.”
“Those are interesting intellectual arguments, but I think for your generation, you should be practical and just choose from what works,” Obama said. “You don’t have to worry about whether it really fits into socialist theory or capitalist theory. You should just decide what works,” he added. “And I said this to President Castro in Cuba.”
Obama then praised the communist country’s education and health care systems.
_________________________________________________________
OBAMA'S LOVE FOR COMMUNISM ON DISPLAY 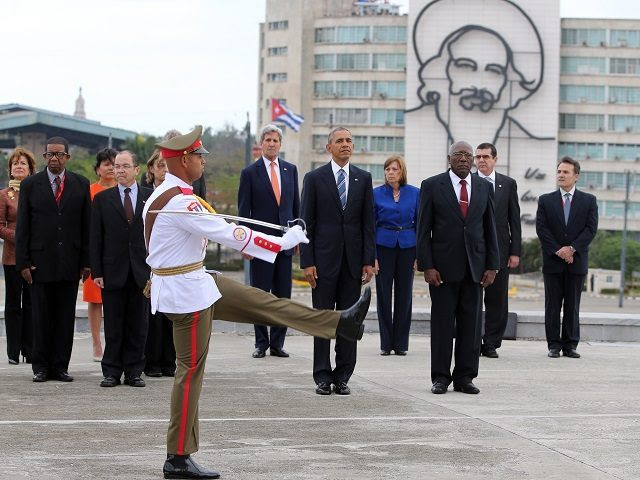 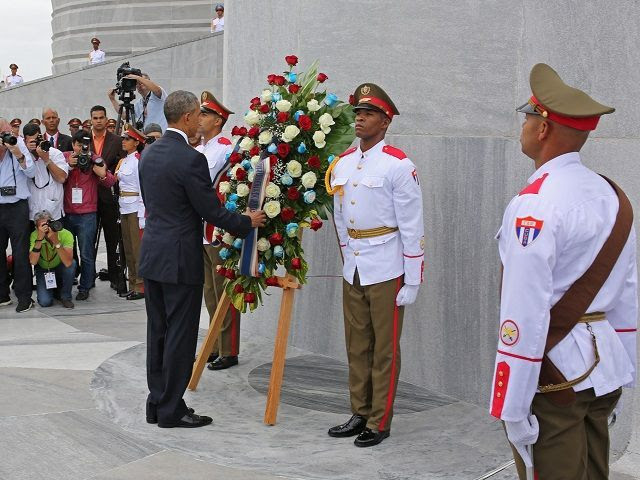 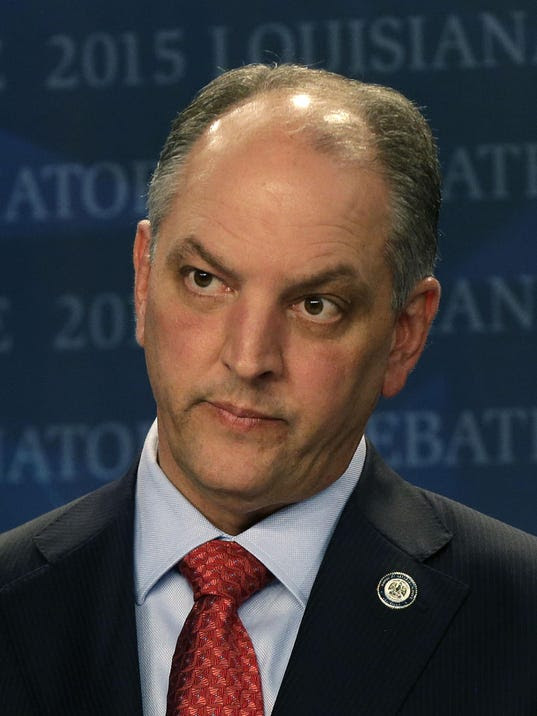 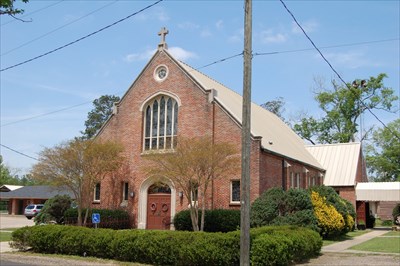 DEMOCRATIC DONORS PLEAD GUILTY TO $33 MILLION MEDICARE FRAUD SCHEME
Group has given more than $40,000 to Democrats

Five individuals who have donated to Democratic politicians pleaded guilty to a scheme that drained Medicare out of $33 million dollars.
Two physicians and three owners of hospice and home care companies based out of Detroit, Mich., were charged on June 18, 2015 as part of the largest Medicare fraud case in history for submitting fraudulent claims for home health care and hospice services that were either not provided or deemed medically unnecessary.
The elaborate operation revolved around Muhammad Tariq, Shahid Tahir, and Manawar Javed—the owners of the home health care and hospice companies—paying kickbacks and bribes to physicians for referrals to their companies that included A Plus Hospice and Palliative Care, At Home Hospice, and At Home Network Inc.
Wasseem Alam, a physician who was the top referrer to the companies, admitted he was responsible for millions in Medicare reimbursements and said he received kickbacks, along with other inducements, in exchange for those referrals.
“Alam bribed his patients into accepting services from At Home Network by providing them with medically unnecessary controlled substance prescriptions both personally and through unlicensed individuals, he admitted,” the Justice Department said. “Co-owner Tariq admitted that he knew about Alam’s controlled substances bribes to patients.  Alam also instructed others to falsify patient files to hide the fact that the prescriptions were medically unnecessary, according to his plea agreement.”
Hatem Ataya, a physician who was the second highest referrer to the At Home Network and the top referrer to At Home Hospice, also admitted to accepting kickbacks for his referrals.
“Ataya also admitted that the Tahir-associated companies would submit false billing based on his referrals for purported home health and hospice services, when, at times, these services were neither medically necessary nor provided,” the Justice Department said.
Ataya was separately charged last year in connection with the death of three patients and hit with three counts of delivering a controlled substance and another three counts of delivering a controlled substance causing death, according to WNEM TV in Flint, Michigan.
Tariq, Tahir, and Javed pleaded guilty to one count to commit health care fraud and wire fraud.
Alam and Ateya both pleaded guilty to one count of conspiracy to commit health care and wire fraud, while Alam additionally pleaded guilty to one count of structuring.
All five individuals have combined to give tens of thousands of dollars to Democratic politicians.
Shahid Tahir, one of the owners of the companies, has made 63 contributions totaling at least $33,000 to Democratic politicians such as Hillary Clinton and Reps. Keith Ellison (D., Minn.) and Gary Peters (D., Mich.), among many others.
Muhammed Tariq, another owner, added five donations to Democratic politicians including the likes of John Edwards and Reps. Debbie Stabenow (D., Mich.) and Bobby McKenzie (D., Mich.). Tariq contributed $2,000 to Democrats throughout the years.
Manawar Javed, the third owner, made two contributions to Democrats that totaled $750.
The first physician involved in the scheme, Waseem Alam, made $3,250 worth of donations that included a $1,000 contribution to both Hillary Clinton and Rep. Stabenow.
Hatem Ateya, the second physician, made four separate donations to Democrats that came to $2,500.
Together, they have donated more than $40,000 to Democratic politicians nationwide, compared to just $2,000 to Republicans within Michigan.
The group was initially caught last year during a nationwide sweep led by the Medicare Fraud Strike Force.
The sweep resulted in charges against 243 individuals including 46 doctors, nurses, and other medical professionals for $712 million in false billings—the largest Medicare fraud bust in history.
Requests for comment were not returned. 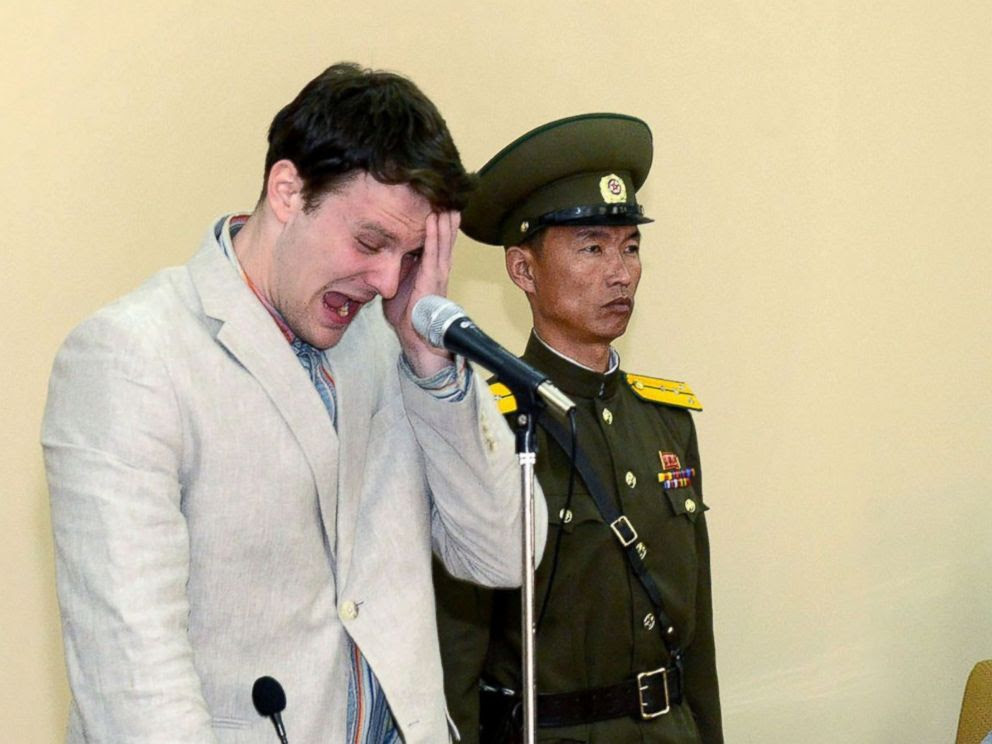 AMERICAN STUDENT TO SUFFER
"AUSCHWITZ"-LIKE TORTURE IN NORTH KOREA
BY SELWYN DUKE
SEE: http://www.thenewamerican.com/world-news/asia/item/22889-american-student-to-suffer-auschwitz-like-torture-in-north-korea;
Posted by John at 10:08 AM Links to this post

8TH GRADE TEST FROM 1912 SHOWS HOW AMERICAN EDUCATION HAS BEEN DUMBED DOWN; TAKE THE ACTUAL TEST!

8TH GRADE TEST FROM 1912 SHOWS HOW AMERICAN EDUCATION HAS BEEN DUMBED DOWN; TAKE THE ACTUAL TEST!
BY Kristan T. Harris | American Intelligence Report
SEE: http://americanintelligencereport.com/8th-grade-test-from-1912-shows-how-american-education-has-been-dumbed-down-take-the-test;
Posted by John at 9:58 AM Links to this post 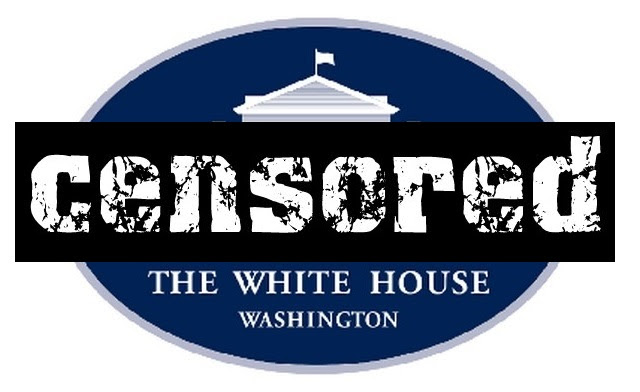 OBAMA ADMINISTRATION & MUSLIM BROTHERHOOD ARE ONE AND THE SAME 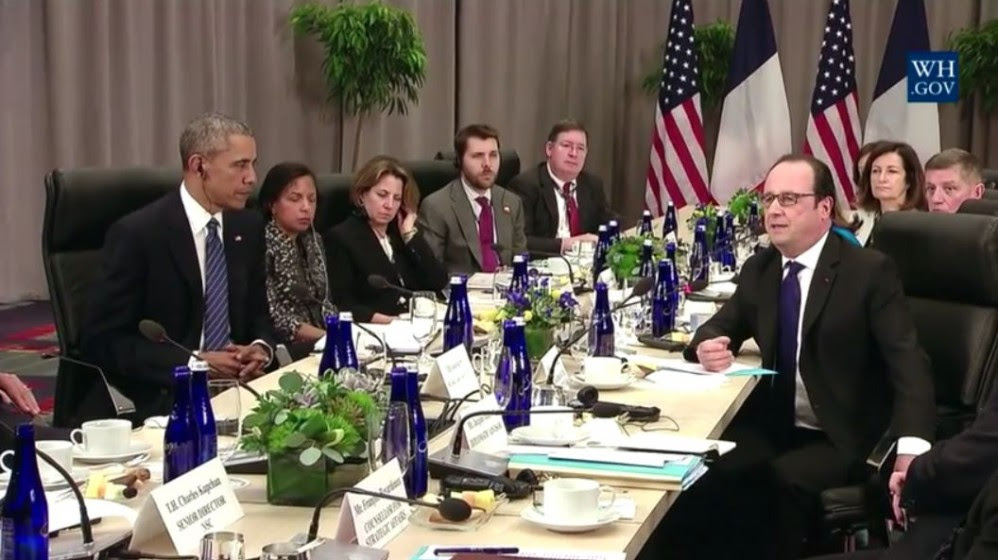 CONTROL FREAK OBAMA CENSORS FRENCH PRESIDENT FROM SAYING "ISLAMIST TERRORISM" IN FRENCH
THE NOW INFAMOUS "GAP":
ENGLISH TRANSLATOR'S WORDS
ARE BLANKED OUT, SILENCED
Published on Apr 2, 2016
Once again, our commander in chief has openly scoffed at the reality of our national security. MRC TV reports “ The White House briefly pulled video of a press event on terrorism with Pres. Obama,...
THE GAP IN TRANSLATION LEAVING OUT THOSE "HATEFUL WORDS":

Posted by John at 9:21 AM Links to this post