BY SELWYN DUKE
SEE: http://www.thenewamerican.com/usnews/politics/item/22615-obama-admin-wants-to-ensure-illegals-can-vote-in-november-election;
Posted by John at 6:20 PM Links to this post 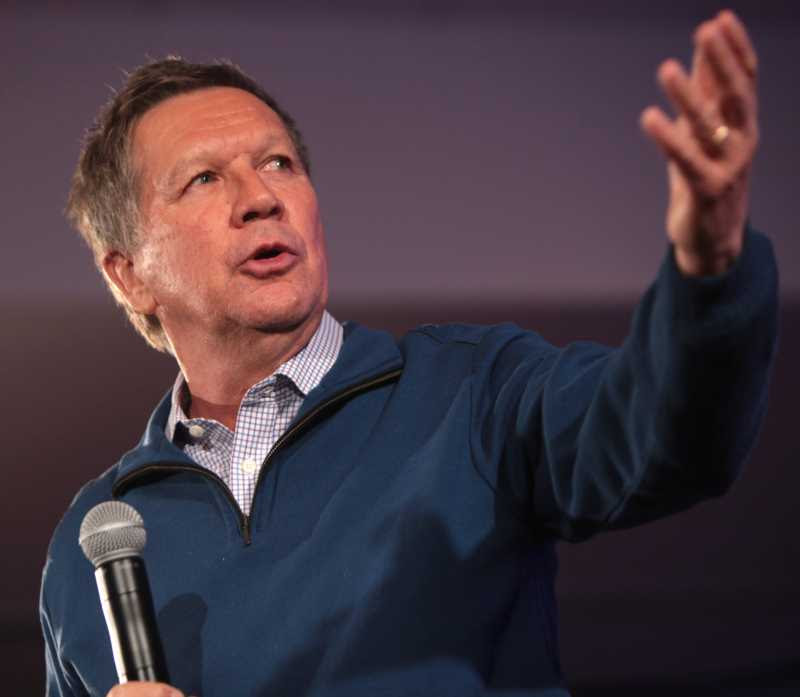 Posted by John at 9:10 AM Links to this post

PRESIDENTIAL CANDIDATES CLAIM ENDORSEMENT OF A "JESUS"
OF THEIR OWN MAKING
Published on Feb 23, 2016
Hillary Clinton has reached new levels of hypocrisy as she discusses how much the gospel means to so many people. Cruz and Rubio exposed.
SEE ALSO: http://christiannews.net/2016/02/24/hillary-clinton-says-she-is-person-of-faith-cheered-at-gospel-musics-stellar-awards/;
BY HEATHER CLARK
LAS VEGAS, Nev. — Democratic presidential candidate Hillary Clinton, a vocal supporter of abortion and same-sex “marriage, was cheered enthusiastically during Sunday’s Stellar Awards in Las Vegas, which heralds itself as “the premier gospel event that recognizes and honors African American artists.”
While the event will not be televised until March 5, the show’s producers at TVOne posted footage of Clinton’s speech on YouTube following her appearance.
“Presidential hopeful Hillary Clinton makes a surprise visit to the Stellar Awards!” the video description reads.
During her brief, one-minute talk, Clinton told those gathered that gospel music provides a source of encouragement to those who are experiencing difficult times.
“We all face troubles, don’t we,” she said. “And it’s easy to get discouraged. And then all of a sudden maybe you hear a song in church, you hear it on the radio, maybe a friend is singing it.”
Clinton then quoted from the hymn “His Eye Is on the Sparrow” as attendees cheered and clapped enthusiastically.
“I sing because I’m happy. I sing because I’m free. For His eye is on the sparrow, and I know He’s watching me,” Clinton recited.
“So I know this is not just about music. It truly is about the message,” she said. “It’s about the gospel and all that it means to so many of us.”
As the Democratic candidate concluded her speech, one woman yelled out “President Clinton!” and others again cheered loudly.
“I want to thank you. I wish all of you well—not just in these awards but in every day, in every way,” she said. “I am grateful that you are in our lives. A lot of people need to hear that message and you are helping to deliver it. Thank you and God bless you.”
In being interviewed following the event, Clinton told News One Now, “I am a person of faith, and I’m a person who finds inspiration and support and meaning in many different ways. But what’s better than raising your voices to God and being able to connect [in a way] that brings others along with you?”
As previously reported, last month, dozens of African American “pastors” from across the nation gathered at Philadelphia’s Mother Bethel African Methodist Episcopal Church where they laid hands on Clinton to “decree and declare the favor of the Lord” on her for the presidency.
“Until He comes again, Secretary Clinton and President-to-be Clinton, we decree and declare from the crown of your head to the soles of your feet that the favor of the Lord will surround you like a shield, in Jesus’ name,” the clergy said, repeating after Kirbyjon Caldwell, who leads Windsor Village United Methodist Church in Houston.
However, some ministers nationwide have spoken out against Hillary Clinton, noting that her beliefs and policies run contrary to the word of God.
“If a church member asks in 2016 if I can support Hillary Clinton, I can unequivocally respond, ‘Not in this lifetime,’” writes Bryan Ridenour on his blog “America, Look Up.” “If we vote for leaders who support abortion on demand, then we essentially hold the surgical knife that strips life from the womb. If we vote for leaders who support and champion gay marriage, we in effect officiate at their ceremonies. God holds us accountable for what we do behind the voting booth curtain.”
“To those apathetic to the spiritual condition of America, we cannot expect God’s blessing if we kowtow to Hollywood’s mores and Washington’s track record of lies and deceit,” he said. “If we love America, we must bitterly cling to the Bible and our constitutional and God-given rights. Let’s not forget: ‘Blessed is the nation whose God is the Lord…’ Psalm 33:12.”
_____________________________________________________

Ted Cruz Faith In Action
Published on Jan 19, 2016
Recently, Senator Ted Cruz sat down with over 100 pastors and faith leaders to talk about how his Christian faith has shaped his worldview and how it would guide his decision-making as the next President of the United States. This short 18-minute documentary – Cruz Faith In Action — tells the story of how Ted Cruz came to be the man and leader he is today beginning with his father’s acceptance of Christ. You will hear directly from Rafael Cruz, Ted’s father, along with Pastor Gaylon Wiley, the man who led Rafael to Christ and then baptized Ted when he came to Christ. Senator Cruz then recounts how his Christian faith impacted him, his family, and shaped his conservative Biblical views. He also provides us with a refreshing reassurance about how his Christian beliefs and principles will guide him as President – from the appointment of Supreme Court Justices to defense of religious liberties.

Posted by John at 7:51 AM Links to this post

Published on Feb 23, 2016
In a recent speech Obama tastelessly joked about replacing judges at the expense of recently deceased Supreme Court Justice Antonin Scalia. The anger generated by this comment resonated throughout America.

During his National Governors Association speech Monday, President Obama joked there was a lot to get done during his final days in office, including “appointing judges.”
“Some of you may be in the final year of your term, working as hard as you can to get as much done as possible for the folks you represent, fixing roads, educating our children, helping people retrain, appointing judges, the usual stuff,” the president jested, as the crowd in attendance burst into laughter.
Last week, the president was criticized after it was announced he would not be attending the funeral of Associate Supreme Court Justice Antonin Scalia.
Obama was further lambasted when it was reported he spent less than two minutes paying his respects to Justice Scalia during the Saturday service at the National Shrine of the Immaculate Conception in Washington, D.C.
_______________________________________________

Montana-based artist Ben Garrison's take on Obama, the death of Scalia and the Constitution


"DANCING ON THE GRAVE OF SCALIA"

Posted by John at 7:06 AM Links to this post