NORTH CAROLINA PHARMACISTS NOW CAN GIVE
FLU SHOTS TO YOUNGER CHILDREN
SEE: https://thevaccinereaction.org/2019/06/north-carolina-pharmacists-now-can-give-flu-shots-to-younger-children/;
Posted by John at 4:49 PM Links to this post

HALF OF AMERICA'S KIDS SUFFER FROM CHRONIC ILLNESS & IT'S GETTING WORSE

HALF OF AMERICA'S KIDS SUFFER FROM CHRONIC ILLNESS & IT'S GETTING WORSE
BY MARCO CACERES
SEE: https://thevaccinereaction.org/2019/06/half-of-americas-kids-suffer-from-chronic-illness-and-its-getting-worse/;
Posted by John at 4:17 PM Links to this post 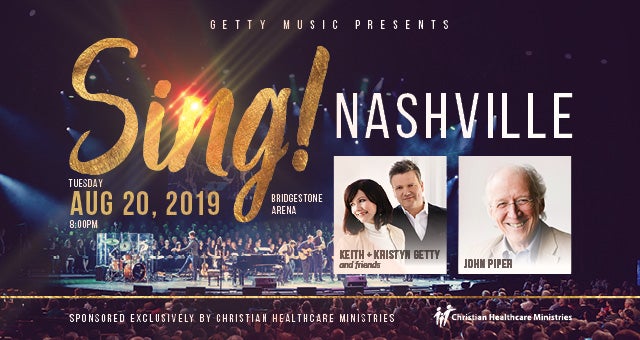 THE GETTY’S BIG TENT CHRISTIANITY
BY DAVID CLOUD
(Friday Church News Notes, June 28, 2019, www.wayoflife.org fbns@wayoflife.org, 866-295-4143) -
The Gettys are probably the most influential contemporary worship musicians among fundamentalist and Independent Baptist churches. The Gettys are promoted by Bob Jones University, Majesty Music, Crown College of Powell, Tennessee, and West Coast Baptist College, among a great many others. At least 8 Getty songs are in the latest Majesty Music hymnal Rejoice Hymns, and 29 are in Hymns Modern and Ancient, compiled by Fred Coleman, head of BJU’s music department. But the Gettys are “conservative” only by the corrupted standard of this hour. They are clearly and irrefutably a bridge to the one-world “church” with its endless variety of heresies. This is because of their syncretistic music, their big-tent philosophy, and their ecumenical associations. The Gettys “fuse the music of their Irish heritage with the sounds of Nashville, their newly adopted home.” They list the Beatles as a major musical influence. Consider the Getty’s Sing 2019 conference in Nashville. The video advertisement features out-and-out rock and roll, women worship leaders, female musicians dancing in incredibly tight and immodest clothing, and heresy-laden speakers. What is “conservative” about this? Sing 2019 conference speakers include John Piper (inventor of the heresy of Christian Hedonism, disciple of the heretic C.S. Lewis, and promoter of “Christian” hip hop), D.A. Carson (who supports inclusive language Bible translation and holds the heresy of redaction criticism of the Gospels, claiming that we have only the ipissima vox Jesu, the authentic VOICE of Jesus, rather than imissima verba Jesus, the authentic WORDS of Jesus, An Introduction to the New Testament, 1992, p. 44), John MacArthur (who teaches that a sinner must be born again before he can believe and who promotes “Christian” hip hop and Christian rock music at his youth conferences), Anne Graham Lotz (Billy Graham’s female preacher daughter who attended the enthronement of Pope Benedict VI, said she thinks Pope John Paul II is in heaven, and applauded that pope’s efforts “to bridge the gaps between Protestants and Catholics and Jews and Catholics,” CNN, Apr. 8, 2005), Stuart Townend(charismatic in theology and practice, supporting such heresies as spirit slaying, holy laughter, and gibberish “tongues,” and participating in the radically ecumenical Alpha program with strong ties to Catholicism), and John Lennox (theistic evolutionist). Missing from the lineup are the Getty’s Roman Catholic friends Matt Maher and Máire, but though Roman Catholics aren’t scheduled to participate at Sing 2019, they are most definitely part of the Getty’s big tent. Instead of promoting the Gettys and pretending that they are “conservative,” Bible-believing Christian leaders should be exposing them and educating their people of the great dangers inherent in the entire realm of contemporary worship. Instead of building bridges to this world, they should be clearly and determinedly separating. “Be not deceived: evil communications corrupt good manners” (1 Corinthians 15:33).
______________________________________________________
The Gettys - The Pied Pipers of Contemporary
Worship Music
BY DAVID CLOUD
SEE: https://www.wayoflife.org/reports/the_gettys_pied_pipers.html;