RAMADAN A TIME FOR INCREASED "ACTS OF WORSHIP" BY RAPING, KILLING, INJURING, ACCORDING TO MUSLIMS THEMSELVES
MECKLENBURG IN DEEP DENIAL CREATES DANGEROUS SITUATION FOR ITS CITIZENS 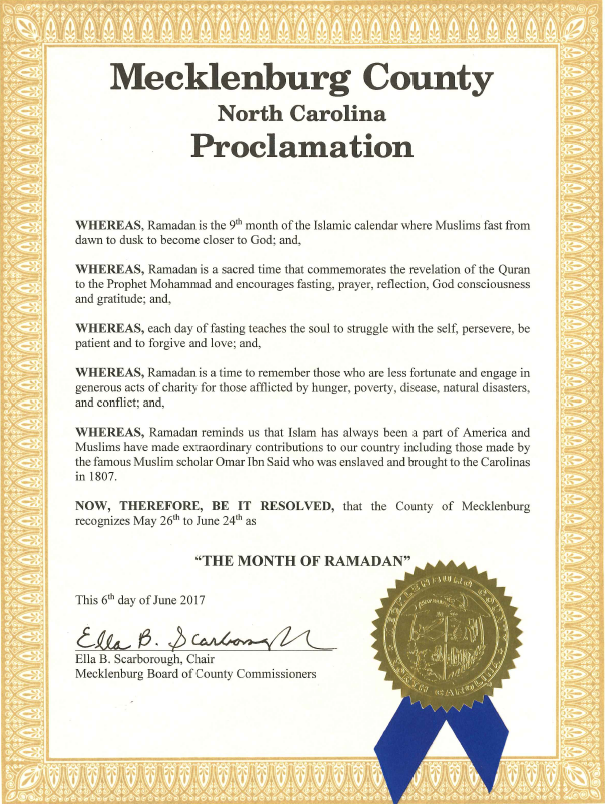 NORTH CAROLINA COUNTY APPROVES RESOLUTION RECOGNIZING "MONTH OF RAMADAN"
BY HEATHER CLARK
SEE: http://christiannews.net/2017/06/12/north-carolina-county-approves-resolution-recognizing-month-of-ramadan/;
The Mecklenburg County Board of Commissioners adopted the resolution on Tuesday, with six in favor and three against.
“Ramadan is a sacred time that commemorates the revelation of the Quran to the prophet Mohammad, and encourages fasting, prayer, reflection, God consciousness and gratitude,” the resolution reads. “[E]ach day of fasting teaches the soul to struggle with the self, persevere, be patient and to forgive and love.”
It asserts that Islam is a part of America’s history and that Muslims should be recognized for their contributions.

“Ramadan reminds us that Islam has always been a part of America and Muslims have made extraordinary contributions to our country, including those made by the famous Muslim scholar Omar Ibn Said, who was enslaved and brought to the Carolinas in 1807,” the resolution states.
Read the resolution in full here.
Democrats George Dunlap and Dumont Clarke were the sponsors of the proposal, and during the commission meeting last week, those in favor of the resolution spoke to those gathered about the traditions that are observed during the Islamic holiday.

Following the vote, the Board posted a notice to social media, writing, “#MeckBOCC adopts a proclamation that declares May 26 – June 24 as the Month of Ramadan.”
All of the comments under the post were in opposition to the resolution, with one follower remarking, “You do not do that for any other religion. I get it. You’re scared, both of Muslims and of being called Islamophobic. You are pathetic.”
Commissioners Jim Pickett, Matthew Ridenhour and Bill James were the only board members to reject the idea.
“To the best of my knowledge we have never (and I don’t think it would be proper) adopted a resolution in support of Lent … Easter, Christmas, Hanukkah, Passover, Yom Kippur, Pioneer Day for Mormons, or Diwali,” Puckett said in an email, according to the Charlotte Observer.
The Wisconsin-based Freedom From Religion Foundation (FFRF) has also expressed objection, writing a letter to the board to assert that the resolution violates the U.S. Constitution because it entangles the government with religion.
“Several statements from the Mecklenburg County proclamation go beyond mere recognition of Ramadan as a cultural phenomenon,” the group wrote in a press release. “The resolution includes statements about drawing closer to ‘God,’ the revelations of the ‘Prophet Muhammad,’ and even the existence of a ‘soul,’ all without the qualification that these are mere beliefs of those who celebrate the holiday.”
“The government must scrupulously avoid making declarations as to the veracity of religious beliefs,” it said. “In order to avoid the appearance of religious endorsement, the Board of County Commissioners must take steps to disassociate the county from promotion of religious beliefs, whether espoused by Muslims, Christians, Jews, Hindus, Satanists or others.”

Published on Aug 14, 2016
Hundreds of Jewish worshipers ascended the Temple Mount today, (Tisha b'Av - August 14, 2016), to quietly and solemnly mark the 1946th anniversary of the destruction of the Holy Temple at the hands of the Romans, in the year 70 CE.

When confronted with massive, living, breathing evidence of Israel's ties to the Temple Mount, in the form of 100's of Jews on the Mount, the Muslims on the Temple Mount can always be counted on to revert to a last line of defense: violence.

This footage was taken by Muslims.

Muslim Hate-fest on the Temple Mount
Published on Jun 25, 2014
On the morning of June 25, 2014, some forty Jews ascended the Temple Mount to be seen by G-d and pray on behalf of the three Jewish teenagers who were kidnapped by Hamas terrorists two weeks ago. Hundreds of Muslim men and women and a Hamas organized summer camp for Muslim children greeted the Jews with thunderous jeers and curses, waving their shoes and holding up their newly minted obscenity: a three-finger "victory" sign, signifying their gloating pride in the kidnapping of the three Jewish boys. For more than one hour the Muslim mob followed and lunged at the Jewish worshipers. This video shows a few brief examples of the twisted Muslim culture of hatred in which Muslim children are indoctrinated, and which passes for the "status quo" on the Temple Mount. 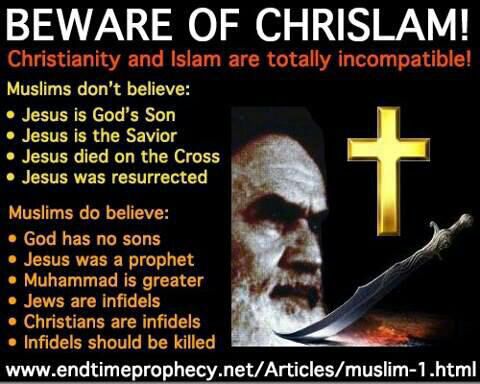 Posted by John at 3:24 PM Links to this post

Insider: The Republic Is Being Prepared For Trump Assassination

Roger Stone and Dr. Jerome Corsi join Alex Jones live via Skype to dissect the propaganda being put out by the MSM and, how they seem to be pushing the public into a Presidential assassination.

Proving that they aren't even trying to seem impartial or unbiased any longer, the New York Times came out praising a play portraying Donald Trump as Julius Caesar in Shakespeare's famous play.

It's becoming far too obvious. Anyone that has lived in Austin,Texas long enough has experienced or knows someone that has been the victim of APD police tossing the innocent in a jail cell and asking questions later. So why would the Soros funded Antifa movement be allowed to mount an offensive against Austin's riot police....with zero arrests. Something is rotten in Denmark.

As I approached the area. The police presence was overwhelming. Far more police presence than needed. Barricades had been setup in the streets and numerous paddy wagon's sat waiting for potential mass arrest.
Posted by John at 9:53 AM Links to this post

IVANKA TRUMP ON THE VICIOUSNESS OF WASHINGTON D.C. SWAMP~BUT STILL ASSOCIATES WITH LIBERAL GLOBALIST SOCIALIST WOMEN
Published on Jun 13, 2017
Rob Dew & Owen Shroyer play a clip from Fox News of the
president's daughter, Ivanka telling Fox & Friends how she was
shocked by how vicious D.C. has been to their whole family.
http://www.foxnews.com/politics/2017/...
Posted by John at 9:37 AM Links to this post

OVER 65,000 BRITS RALLY WITH TOMMY ROBINSON IN MANCHESTER STREETS AGAINST MUSLIM TAKEOVER

OVER 65,000 BRITS RALLY WITH TOMMY ROBINSON IN MANCHESTER STREETS AGAINST MUSLIM TAKEOVER
Published on Jun 11, 2017
Tommy Robinson held a rally today (6/11/2017) in Manchester, the town in which a Muslim jihadist suicide bomber killed 22 people at an Arianna Grande concert.
Posted by John at 9:29 AM Links to this post