JEFF SESSIONS FINALLY CONFIRMED BY SENATE & SWORN IN AS ATTORNEY GENERAL
SESSIONS SPEECH TO THE SENATE:
THE SWEARING IN
Published on Feb 9, 2017
A day after being confirmed by the U.S. Senate, Jeff Sessions is sworn-in as U.S. Attorney General. President Donald Trump congratulates him and then signs three new executive orders that Sessions says have been reviewed and approved by the Department of Justice.
Posted by John at 12:09 PM Links to this post

TRUMP ON COURSE TO DISMANTLE DEPARTMENT OF EDUCATION

TRUMP ON COURSE TO DISMANTLE
DEPARTMENT OF EDUCATION
BY MILLIE WEAVER OF INFOWARS
Published on Feb 8, 2017
Infowars reporter Millie Weaver discusses the historic vote Vice-President Pence cast Tuesday confirming Betsy DeVos as Secretary of Education to fulfill President Trump's campaign promise to raise the quality of education in the United States. Weaver discusses how Charlotte Iserbyt, a former Senior Policy Advisor at the U.S. Department of Education, uncovered a secret agenda by the Department of Education to deliberately dumb down the American public to make them more docile. Weaver also discusses an interview she conducted with author Holly Swanson about the indoctrination of American youth through the implementation of communist ideals under the guise of environmental education. 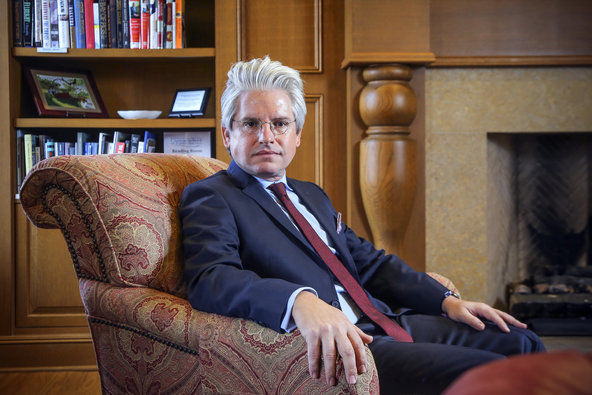 LEAKED DOCS: DAVID BROCK OF FAKE NEWS "MEDIA MATTERS" CONSPIRES WITH FACEBOOK & GOOGLE TO SHUT DOWN CONSERVATIVE MEDIA
Radical left launches scorched earth policy against free speech
BY JEROME R. CORSI
SEE: http://www.infowars.com/leaked-docs-brock-conspires-with-facebook-google-to-shut-down-conservative-media/;
WASHINGTON, D.C. – Hard-left political activist David Brock, founder of Media Matters – the father of “Fake News” – is working with co-conspirators Google and Facebook to implement a strategy designed to ban conservative and libertarian websites, including Infowars.com.
This is especially a problem given attempts being made by Eric Schmidt, the founder of the multinational conglomerate Alphabet Inc., the parent company of Google, to cozy up to the Trump administration.
On Dec. 14, 2016, Schmidt was included in a group of prominent tech industry executives that met with then President-elect Donald Trump in a much-publicized meeting.

On Jan. 17, 2017, Politico reported that Schmidt was sited at an unannounced visit to Trump Tower, where he lunched privately with Jared Kushner, Trump’s real estate magnate son-in-law married to Trump’s daughter Ivanka in 2009, who has emerged to be named a Senior Advisor to his father-in-law in the White House
In briefing book entitled “Media Matters, The Top Watchdog Against Fake News and Propaganda: Transforming the Media Landscape” (obtained by the Free Beacon) that Brock published privately in January to solicit donors, Brock asserts in the first sentence, “The onslaught of well-funded right-wing media brings with it significant challenges.”
This first sentence telegraphs that by creating and advancing the narrative of “Fake News,” Brock is trying to launch what the hard-left calls “a meme.”
That “meme” or theme is designed to discredit news media that dare publish conservative views differing from the hard-left news reported by CNN and MSNBC, as well as increasingly by the New York Times – the object of several recent President Trump tweet attacks.
On the first page, Brock targets Breitbart.com as having received “millions in funding from extremist billionaires close to the Trump administration,” while providing “a nexus point for the so-called alt-right (the newest branding for white nationalism, anti-Semitism, and misogyny) to exploit vulnerabilities through the media landscape.”
Note here that Brock is also creating a narrative – adding to the meme – that the “alt-right” (another term created by Brock and the hard-left to attack conservatives) are haters – characterized as “white nationalists, anti-Semites, and misogynists” – the new hate tags Brock and his co-conspirators on the hard-left intend to apply (along with the accusation of being “racists”) on any news agency that refuses to uncritically parrot a hard-left ideological interpretation of current events.
Brock leaves no doubt that Google and Facebook are his co-conspirators in advancing the “Fake News” meme against news organizations like Infowars.com.  Consider Media Matter’s clearly articulated strategy that Brock lays out on page two of his briefing book:
“Over the next four years, Media Matters will focus on achieving the following outcomes:

“Serial misinformers and right-wing propagandists inhabiting everything from social media to the highest levels of government will be exposed.
“Internet and social media platforms, like Google and Facebook, will no longer uncritically and without consequence host and enrich fake news sites and propagandists.
“Toxic alt-right social media-fueled harassment campaigns that silence dissent and poison our national discourse will be punished and halted.”  (Bold type in the original document)

Clearly, Brock intends to continue directing Media Matters as a hard-left attack machine with no respect for the First Amendment that will inevitably target news organizations like Infowars.com not only to shut Infowars.com down, but also to punish Alex Jones and all others associated with Infowars.com
On Nov. 14, 2016, six days after Donald J. Trump was elected president, the New York Times reported Google announced a policy that would ban websites “that peddle fake news” from using its online advertising service.  Hours later, Facebook updated the language in its Facebook Audience Network policy amending the policy to specify that Facebook “will not display ads in sites that show misleading or legal content, to include fake news sites.”
On Jan. 25, 2007, Recode.com reported that Google, since declaring the policy against “fake news,” has banned 200 publishers from using its AdSense network, an ad placement service that automatically places text and display ads on participating sites based on audience characteristics. Recode further reported Google declined to provide a listing of the banned sites.
On Jan. 26, 2017, Lachan Markay reported in the Washington Free Beacon that Media Matters had launched a petition campaign during the 2016 presidential campaign aimed at pressuring Facebook into prohibiting “Fake News” website to accept Media Matters goal of getting Facebook to “adjust its model to stem the flow of damaging fake news from its platform pages.”
In his briefing book, Brock acknowledged that while Google was a relatively easy sale on “fake news,” Facebook was a much harder sale, with Mark Zuckerberg initially calling the notion that “fake news is a problem” is “crazy.”
So what did Media Matters do?
“In November, we launched a campaign pressuring Facebook to: 1) acknowledge the problem of the proliferation of fake news on Facebook and its consequences for our democracy and 2) commit to taking action to fix the problem.”
Brock reported that “as a result of our push for accountability,” Facebook was responsive to both requests.
___________________________________________________

David Brock, "Killing the Messenger"
Published on Dec 14, 2015
Journalist David Brock discusses his book, "Killing the Messenger: The Right-Wing Plot to Derail Hillary and Hijack Your Government" which chronicles his evolution from the right to the left. Mr. Brock talks about the battle between the left and the right to control story lines and political messages for the 2016 election.
Apple/Google Censor Joe Rogan And Alex Jones
Published on Feb 9, 2017
The two tech giants are doing their best to suppress the powerful Alex Jones and Joe Rogan podcast where Alex revealed their master plans
Posted by John at 11:47 AM Links to this post

U.S. SUPREME COURT ASKED TO HEAR APPEAL OVER BAN ON HELPING YOUTH STRUGGLING
WITH HOMOSEXUALITY
BY HEATHER CLARK
SEE: http://christiannews.net/2017/02/08/u-s-supreme-court-asked-to-hear-appeal-over-ban-on-helping-youth-struggling-with-homosexuality/;
“SB 1172 directly violates the fundamental constitutional right to privacy in that it prohibits minors from defining their own existence. The law prevents minors from accessing mental health services and spiritual mentoring that would assist them in diminishing same-sex attraction in accordance with self-defined religious, moral, cultural, and philosophical beliefs,” the Writ of Certiorari recently filed by the Pacific Justice Institute (PJI) reads.
As previously reported, in 2012, as the ban was being contemplated in the legislature, Gov. Jerry Brown remarked that he hoped reparative therapy would be forever heaved into “the dustbin of quackery.” The bill’s author, Democratic Sen. Ted Lieu of Torrance, claimed that counseling and therapy aimed at helping youth turn from the homosexual lifestyle is the equivalent of “psychological child abuse.”
The legislation prohibited any type of  “conversion therapy,” “sexual orientation therapy,” “reparative therapy” or “sexual orientation change efforts,” by licensed therapists and counselors, but did not apply to those who “provide acceptance, support, and understanding of clients or the facilitation of clients’ coping, social support, and identity exploration and development, including sexual orientation-neutral interventions to prevent or address unlawful conduct or unsafe sexual practices; and do not seek to change sexual orientation.”

It pointed to statements from the American School Counselor Association, the American Counseling Association, the American Academy of Pediatrics and others.
“No one should stand idly by while children are being psychologically abused, and anyone who forces a child to try to change their sexual orientation must understand this is unacceptable,” Lieu wrote in a written statement.
Soon after the bill became law, PJI and the Florida-based Liberty Counsel filed suit in hopes of obtaining an injunction against its enforcement. A psychiatrist, a licensed therapist who also oversees a church counseling ministry, and a resident who struggles with same-sex attraction and has been helped by the therapy were all represented in the suit.

“School counselors in private religious schools will only be allowed to give counseling that affirms same-sex attraction,” lamented PJI President Brad Dacus. “Youth in the early stages of puberty, when it is normal for them to be curious, often have fears that they may be homosexual. These youth are going to be subjected to tremendous victimization [via the affirmation that is] mandated through every counselor in the state of California.”
As the legal battle continues five years later, PJI has now appealed its case to the U.S. Supreme Court, presenting questions such as, “May a state bar ministers from inculcating or encouraging certain religious values in youth, when those ministers are also licensed by the state as mental health providers?”
“Are minors’ rights to privacy, autonomy, and self-definition violated by a State’s determination that they may only seek to reduce same-sex attraction on their own or with the assistance of unlicensed individuals, and they may not seek professional help to do so?” the legal challenge also asks the court to determine.
Plaintiff Donald Welch, who serves at Skyline Wesleyan Church in LaMesa, says that the law now subjects him to potential discipline by the California Board of Behavioral Sciences if he counsels youth in accordance with the Scriptures.
“In his pastoral role, Dr. Welch is prohibited from encouraging, enabling or validating sexual beliefs or behaviors contrary to the teachings of the Church. Dr. Welch’s clientele includes minors who identify as gay, lesbian, bisexual, heterosexual and questioning youth,” the lawsuit notes, pointing to conflict between his job as a church counselor and the law.
PJI says that if the court accepts the case, it could be one of the most significant of 2017.
“If the Supreme Court grants our petition for Certiorari, this will be the most important freedom of religion case for this year and will impact the rights of counseling ministries across the country, potentially for generations to come,” Dacus said in a statement.