MARVEL MOVIE "THE ETERNALS" TO INCLUDE HOMOSEXUAL SUPERHERO, SAME-SEX KISS

MARVEL MOVIE "THE ETERNALS" TO INCLUDE HOMOSEXUAL SUPERHERO, SAME-SEX KISS
BY HEATHER CLARK
SEE: https://christiannews.net/2020/02/25/marvel-movie-the-eternals-to-include-homosexual-superhero-same-sex-kiss/;
Posted by John at 1:09 PM

EXCERPT FROM: https://virtueonline.org/episcopal-diocese-michigan-elects-lesbian-bishop
"Perry says she has been in a "committed relationship" with Susan Harlow for 32 years. Her partner, the Rev. Dr. Susan Harlow, is senior pastor at The Peoples Church of Chicago, a United Church of Christ and Unitarian Universalist Association of Congregations."
EXCERPT FROM: https://www.chicagotribune.com/news/chi-060506-perryprofile-story.html
"She also met her partner, Susan Harlow, a doctoral candidate at Columbia University who also took courses at Union. Perry graduated in 1988 and was seen as an up-and-comer. In 1990, she was ordained by now-retired Newark Bishop John Shelby Spong, an outspoken liberal leader who recruited rising stars and still champions the ordination of openly gay clergy." 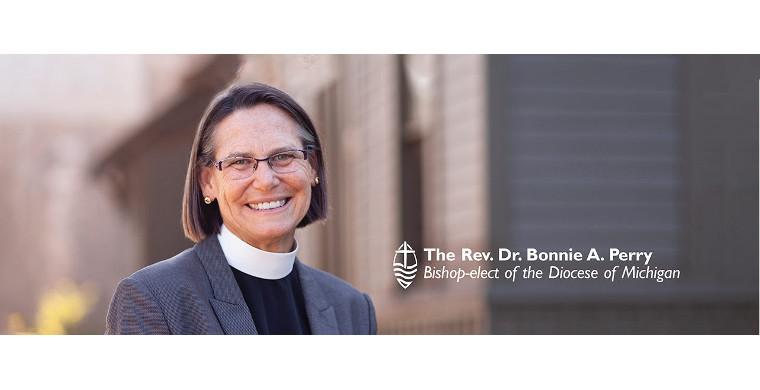 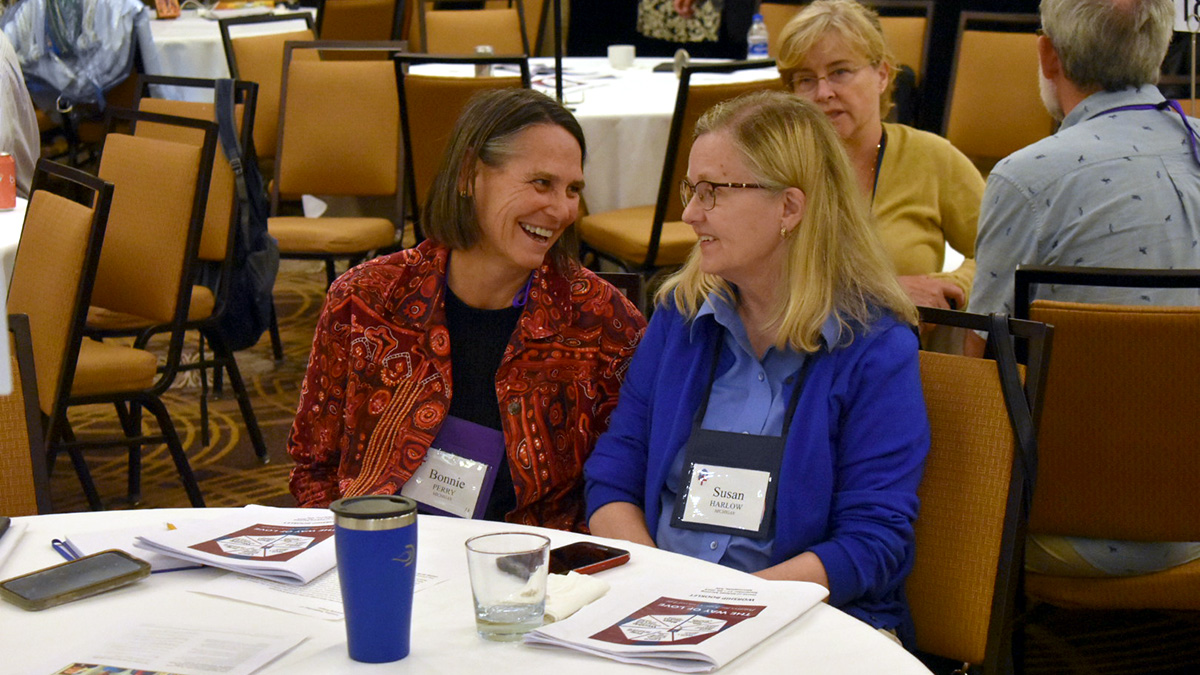 MICHIGAN EPISCOPAL DIOCESE
ORDAINS ITS FIRST LESBIAN "BISHOP"
BY HEATHER CLARK
SEE: https://christiannews.net/2020/02/25/michigan-episcopal-diocese-ordains-its-first-lesbian-bishop/;  republished below in full unedited for informational, educational and research purposes:
DETROIT, Mich. — The Michigan Diocese of the Episcopal Church has ordained its first lesbian as bishop.
Bonnie Perry was consecrated during a ceremony on Feb. 8 at the Ford Community & Performing Arts Center in Dearborn, followed by a seating at The Cathedral of St. Paul in Detroit. The ceremony was led by Presiding Episcopal Bishop Michael Curry, who had been chosen to deliver the message during the 2018 royal wedding in the United Kingdom.
“I think that this is a wonderful day, not just for the Episcopal church, but for the faith of Christianity, as a face that smiles, and that really is loving, and really is welcoming,” he told Michigan Public Radio. “Bishop-elect Bonnie Perry represents that faith.”
“For me, it’s about full inclusion for all people — straight, gay, bi, trans, gender fluid. This is about everyone; all are welcome,” Perry also stated, according to CNN. “Every time you exclude someone, you exclude the possibility of change and transformation.”
Perry “married” Susan Harlow in December 2012 and has led All Saints Episcopal Church in Chicago since 1992. She was ordained a deacon and priest in New Jersey 30 years ago.
“If you look at Scripture, Jesus said absolutely nothing about homosexuality,” Perry claimed during a press conference on Friday, according to ABC News. “And over and over and over again, we see Jesus always being with people who were perceived by other folks to be on the margin, to be outsiders or less than or not worthy.”
In pointing back to Genesis, Jesus said in Mark 10:7-8, “For this cause shall a man leave his father and mother, and cleave to his wife, and they twain shall be one flesh.” Jesus, who is God and who thus wrote the moral law of God as given to Moses, said in Matthew 5:17, “Think not that I am come to destroy the law or the prophets. I am not come to destroy, but to fulfill.”
“For verily I say unto you, Till heaven and earth pass, one jot or one tittle shall in no wise pass from the law till all be fulfilled,” he declared. “Whosoever therefore shall break one of these least commandments, and shall teach men so, he shall be called the least in the kingdom of Heaven. But whosoever shall do and teach them, the same shall be called great in the kingdom of Heaven.”
Perry now succeeds Wendell Gibbs, who retired at the end of last year. While she is the first lesbian leader for the Michigan diocese, she is not the first homosexual nationwide to be ordained as bishop. In 2010, the Los Angeles, California diocese elected Mary Douglas Glasspool, a lesbian. In 2003, Gene Robinson was elected to be bishop of the diocese of New Hampshire. He delivered an invocation at the 2009 inauguration of Barack Obama.
The Bible says of the qualifications for a bishop in 1 Timothy 3:1-5 that Church leaders are to be men and the “husband of one wife.”
“A bishop must be blameless, the husband of one wife, vigilant, sober, of good behavior, given to hospitality, apt to teach, not given to wine, no striker, not greedy of filthy lucre, but patient, not a brawler, not covetous,” it states. “One that ruleth well his own house, having his children in subjection with all gravity. For if a man know not how to rule his own house, how shall he take care of the church of God?” 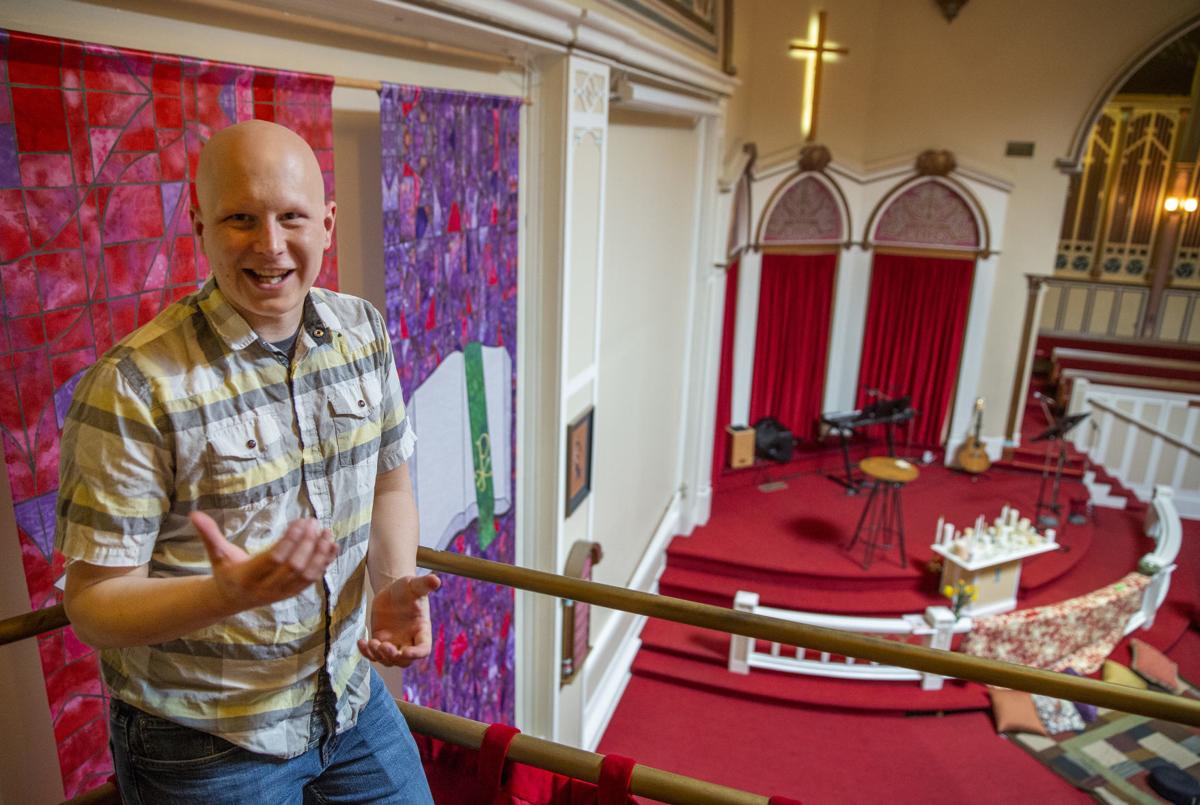 TWIN FALLS, IDAHO: METHODIST CHURCH SPONSORS DRAG QUEEN EVENT AT LOCAL BAR FEATURING ONE OF ITS OWN PARISHIONERS
SEE: https://reformationcharlotte.org/2020/02/25/twin-falls-methodist-church-sponsors-drag-queen-event-at-local-bar-featuring-one-of-its-own-parishioners/; republished below in full unedited for informational, educational and research purposes:
A United Methodist Church in Twin Falls, Idaho has been sponsoring drag queen events at a local nightclub in the area which features one the church’s very own parishioners. Twin Falls United Methodist Church hosted the Drag Queen Theology gathering at the local Yellow Brick Café.
Of course, what men dressed up as women and gyrating on stage has to do with theology, salvation, or the mission of the Church is still up in the air, but at least one parishioner of the church made a name for himself as he — who recently moved to town with his husband — answered questions from the audience and performs as a drag queen named Chaise Manhattan.
“For us, this is the most progressive church in town,” Smith told the denomination’s local conference news outlet. “This is the first church that felt like home; like family.”
Apparently, in a denomination that is currently facing the judgment of God as He mercifully gives people one last chance to repent as He calls His people out of her as it moves closer to a split, sexually confused men who can’t figure out that God hates perversion and His wrath abides on them as they put on a disturbing display of Romans 1 is just par for the course.
Apparently they held a “panel discussion” too and fielded “tough questions” from the audience as they joked. But God is not laughing — He will not be mocked (Galatians 6:7

CANON LAW DEFIED TOGETHER WITH DEFIANCE OF GOD'S WORD 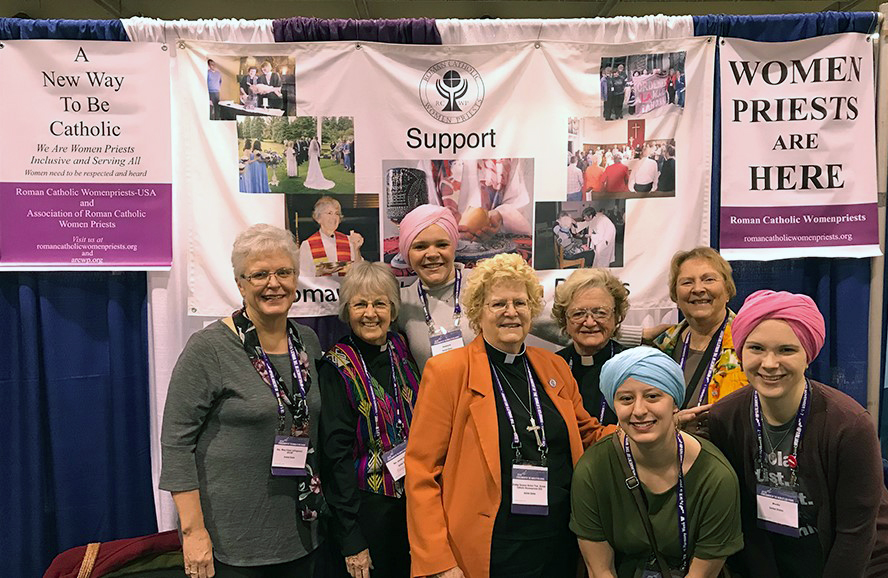 to spend some time with us at our booth in the exhibit hall.)

A New Way to be Catholic with Women Priests 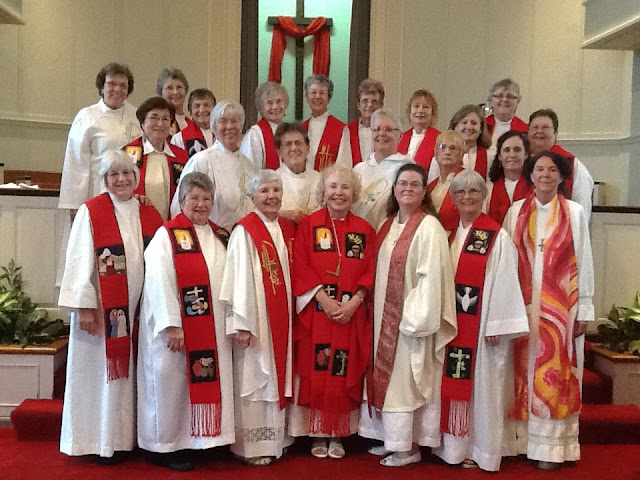 VIDEO:
The Association of Roman Catholic Women Priests ordains women in apostolic succession for public ministry in the Church as a prophetic act of justice to foster women’s equality in inclusive Catholic communities. All are invited to receive Eucharist in our inclusive Catholic faith communities. The Association of Roman Catholic Women Priests is a renewed model of priestly ministry that is non-clerical and non-hierarchical in a community of equals. We treasure the mystical, prophetic and sacramental traditions of Roman Catholicism. Our church history demonstrates that women were apostles, prophets, preachers, deacons, priests and bishops in the early Church. We are reclaiming our rightful place as spiritual equals. Visit our ARCWP website: https//arcwp.org

"We women are no longer asking for permission to be priests. Instead, we have taken back our rightful God-given place ministering to Catholics as inclusive and welcoming priests.

Yes, we have challenged and broken the Church’s Canon Law 1024, an unjust law that discriminates against women. Despite what some bishops may lead the faithful to believe, our ordinations are valid because we are ordained in apostolic succession within the Roman Catholic Church."


A new study by LifeWay Research says that forty-seven percent — nearly half — of all Mainline Protestant pastors now support same-sex marriage. This is up 15 percent from ten years ago. The same study shows that Evangelicals over the years have remained steady at 8 percent with no increase over the same time period.
Posted by John at 10:42 AM 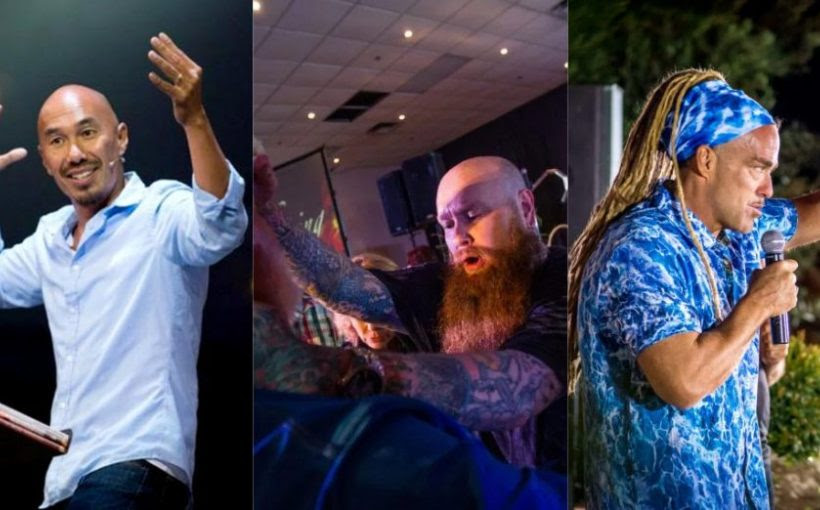 WHY AREN'T "FAITH HEALERS" LIKE FRANCIS CHAN, TODD WHITE & TODD BENTLEY IN CHINA FIGHTING THE CORONAVIRUS?
SEE: https://reformationcharlotte.org/2020/02/26/why-arent-faith-healers-like-francis-chan-todd-white-and-todd-bentley-in-china-fighting-the-coronavirus/;
Posted by John at 10:35 AM

POLYAMORY SHOWING UP IN CHURCHES ACROSS THE US

POLYAMORY SHOWING UP IN CHURCHES ACROSS THE US
BY LISA CHRISNER
SEE: https://pulpitandpen.org/2020/02/25/polyamory-showing-up-in-churches-across-the-us/;
Posted by John at 8:49 AM

TRUMP FLIPS LIBERAL 9TH CIRCUIT COURT
AS LEFTISTS IN TOTAL PANIC MODE
★★★ A NEW CONSERVATIVE AGE IS RISING ★★★
Did you know that the 9th Circuit Court of Appeals is so liberal, in one of their judicial terms, they had 19 of their 26 decisions overturned by the Supreme Court? But did you know that this judicial activist mecca has finally met their match? We’re going to take a look at what one publication calls the ‘shock wave’ that President Trump has sent throughout the nation’s most liberal circuit, and how liberals are officially in panic mode as their days of judicial activism have indeed effectively come to an end; you’re going to love it!

TRUMP MOVES FORWARD WITH NEW RULE:
NO GREEN CARDS FOR WELFARE USERS
BY LUIS MIGUEL
SEE: https://www.thenewamerican.com/usnews/immigration/item/34971-trump-moves-forward-with-new-rule-no-green-cards-for-welfare-users;
Posted by John at 8:30 AM