ON MY HONOR ANNOUNCES NEW CHRISTIAN NATIONAL ORGANIZATION FOR BOYS

For Immediate ReleaseJuly 9, 2013Washington, DC
Good afternoon. My name is Rob Green. I am from Spartanburg, South Carolina and I will be the interim Executive Director of a new national youth character development program for boys.
Louisville Meeting:
On Saturday, June 29, 2013 a landmark meeting occurred in Louisville, Kentucky. Nearly 50 leaders from around the country came together, each with a strong interest in forming a new scouting-like organization for young men.  We had veteran scout leaders, representatives from major faith denominations, and national organizations concerned with youth and families. From that meeting, held less than two weeks ago, the new organization we are announcing today was formed.
What is the new program?
Our vision is to be the premier national character development organization for young men which produces Godly and responsible husbands, fathers, and citizens.
The new program will be an exciting and motivating outdoor-based program focused on leadership and character development for boys, and founded on principles and values that reflect a Christian worldview.
It will be open to all boys irrespective of race, religion, ethnicity, or national origin. Parents from all faiths are welcome to place their children in the program. While boys may come from every religious background, adult leaders in the program – from the National Board level to individual unit volunteers – will adhere to a standard statement of Christian faith and values.
The program and themes will teach practical life skills, an appreciation for the outdoors, service to others, leadership, and character development.
The new organization’s name is currently in development and undergoing an extensive process of legal research and trademark protection. The organizational structure and primary programs are also currently being developed.
The Mission
Our mission is simple and clear: to guide generations of courageous young men to honor God, lead with integrity, serve others, and experience outdoor adventure.
National Convention & Launch
Our initial national convention will be held in Nashville, Tennessee on Friday and Saturday, September 6 and 7, 2013.
At the convention the organization’s name, logo and branding information will be unveiled along with other program details.
In late November of this year the registration process for chartering new units will be announced along with a transition plan for scouting units interested in the new organization. We will be distinctly different from the Boy Scouts although there will be some similarities. For instance, rank advancements earned within the BSA will be transferable.
In addition, the organization’s membership policy will focus on sexual purity rather than sexual orientation. The policy will read, in part: “the proper context for sexual relations is only between a man and a woman in the covenant of marriage.”
The new organization will be ready to launch on January 1, 2014.
Coalition Partners
There are several national and regional groups working together as a coalition together to form the new organization. They include:
The program will also be modeled after that of the American Heritage Girls. It is our goal to work closely with them to provide Godly, character building programs for our country’s young men and women. American Heritage Girls has been in existence for 18 years and offers a wealth of experience and structure which will help our new national boys organization grow and flourish.
Thank you for standing with us.
On my honor,
John StembergerFounder of OnMyHonor.Net
Rob GreenInterim Executive Director
Posted by John at 3:16 PM Links to this post

Life Site News reported that over 90 girl scouts marched in the San Francisco, California Gay Pride parade.
See: http://www.lifesitenews.com/news/girl-scouts-march-in-san-francisco-gay-pride-parade.
Excerpts:
"Christy Volanski, also expressed concerns about what the young Girl Scouts may have been exposed to at the parade. She said that given the Girl Scouts pledge to "build girls of courage, confidence and character," she was "really surprised" that the organization would endorse participation in an event "that features vulgar male dancers dressed only in underwear, 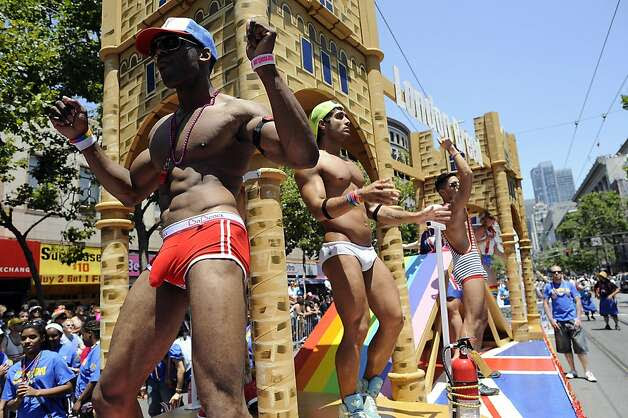 a lesbian statue of liberty (courtesy of the ACLU float), 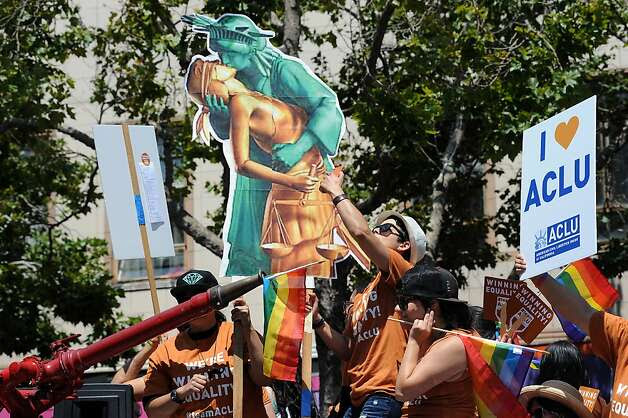 free condoms, (See: http://www.upout.com/blog/uncategorized/your-number-1-guide-to-sf-pride-2013/, which declares proudly: "Even in SF there are not many celebrations whose staple handout includes free condoms, lube, dental dams and rainbow buttons"), and more.
In 2011 the Girl Scouts announced that they would allow a cross-dressing seven-year-old boy to join the Girl Scouts." (See: http://www.lifesitenews.com/news/crossdressing-7-year-old-boy-allowed-to-join-girl-scouts/).

Pastor Ralph Ovadal of Pilgrims Covenant Church, Monroe, Wisconsin, www.pccmonroe.org, has just released a consolidated and updated report on the Dutch REFO500, which has very little to do with the real Reformation and a lot to do with Protestant apostate ecumenism and the Catholic counter-Reformation. Below is the entire report unedited:

Posted by John at 1:46 PM Links to this post