In a July 3, 1776 letter to his wife Abigail, founding father John Adams wrote about how Independence Day should be celebrated. Adams explained;

I am apt to believe that it will be celebrated, by succeeding Generations, as the great anniversary Festival. It ought to be commemorated, as the Day of Deliverance by solemn Acts of Devotion to God Almighty. It ought to be solemnized with Pomp and Parade, with Shews, Games, Sports, Guns, Bells, Bonfires and Illuminations from one End of this Continent to the other from this Time forward forever more.

INDEPENDENCE DAY & WHAT MADE AMERICA GREAT
IN THE FIRST PLACE
BY C. MITCHELL SHAW
SEE: https://www.thenewamerican.com/culture/history/item/26396-independence-day-and-what-made-america-great-in-the-first-place?vsmaid=5171&vcid=3987;
Posted by John at 5:34 PM Links to this post

MIGRANTS TRY TO BUY CHILDREN
TO ILLEGALLY ENTER U.S.
BY DANIEL GREENFIELD
SEE: https://www.frontpagemag.com/point/274202/migrants-try-buy-children-illegal-enter-us-daniel-greenfield;
Posted by John at 2:18 PM Links to this post

The Antifa fascists operating for years in Europe

are now in America

BY ROBERT SPENCER
SEE: https://www.frontpagemag.com/fpm/274198/video-robert-spencer-confronts-antifa-stuttgart-robert-spencer;
Posted by John at 1:11 PM Links to this post

WHAT IS THE BOHEMIAN GROVE? BEHIND THE DEEP STATE'S SECRET OCCULT RETREAT

WHAT IS THE BOHEMIAN GROVE?
BEHIND THE DEEP STATE
The Bohemian Club, an elite invitation-only social club founded in San Francisco in 1872 by a group of male artists, writers, actors, lawyers, and journalists, all of means and interested in arts and culture. Since its founding, the club has expanded to include politicians and affluent businessmen. The club is known especially for its annual summer retreat at what is known as Bohemian Grove in the redwood forest of California’s Sonoma county, an event that continued into the 21st century. Notable members over the years have included Henry Kissinger, Walter Cronkite, Richard Nixon, Ronald Reagan, Charles Schwab, Ambrose Bierce, Bret Harte, Mark Twain, and Jack London.
In this episode, host Alex Newman exposes a club of exclusively wealthy, influential men who come together annually in the woods of Northern California. There, they take part in very dark acts and rituals, all while keeping it tight lipped.
Bohemian Grove Mystery
It's nestled among the Redwoods in the woods of California. 2,700 acres of pristine land broken down into dozens of camps. And for two weeks every July since the 1880s, they have been filled with some of the most wealthy and powerful men in the world. RT's Kristine Frazao takes a closer look at Bohemian Grove 2011.

BY JAKE LLOYD
SEE: https://www.infowars.com/lgbt-group-says-pride-march-is-not-extreme-enough/;
Posted by John at 11:41 AM Links to this post 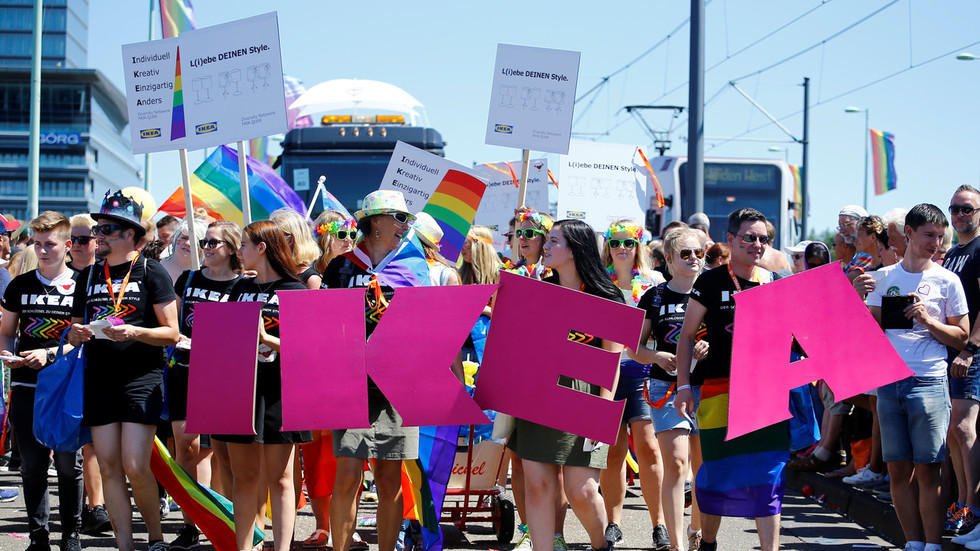 IKEA FACES BACKLASH AFTER FIRING WORKER OVER BIBLICAL STAND ON HOMOSEXUALITY
BY DAVE BOHON
SEE: https://www.thenewamerican.com/culture/faith-and-morals/item/32752-ikea-faces-backlash-after-firing-worker-over-biblical-stand-on-homosexuality?vsmaid=5152&vcid=3987;
Posted by John at 11:18 AM Links to this post

CALIFORNIA ASSEMBLY APPROVES RESOLUTION THAT CALLS FOR CHURCH ACCEPTANCE OF LGBTQ
BY Joe Wolverton, II, J.D.
SEE: https://www.thenewamerican.com/culture/faith-and-morals/item/32749-calif-assembly-approves-resolution-recommending-church-acceptance-of-lgbtq?vsmaid=5152&vcid=3987;
Posted by John at 11:04 AM Links to this post

THE CHURCH FATHERS: A DOOR TO ROME

THE CHURCH FATHERS: A DOOR TO ROME
BY DAVID CLOUD
SEE: https://www.wayoflife.org/database/church_fathers_a_door_to_rome.html