DAN BONGINO AT GUN RALLY: "YOU DO NOT FIGHT BACK BY CREATING MORE SHEEP"~GOD GIVEN RIGHTS CANNOT BE TAKEN AWAY

At Guns Across America Rally

"TALK IS CHEAP, LIBERTY IS NOT"

OBAMA WILL RULE BY DECREE~WILL NOT WAIT FOR CONGRESS 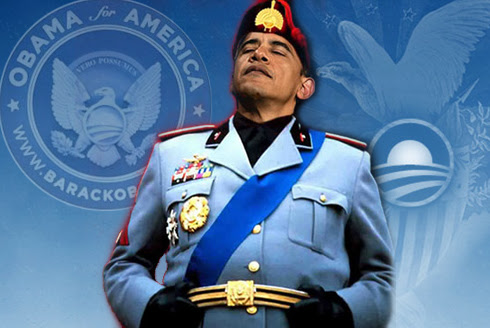 and Rule by Decree

SEE: http://thenewamerican.com/usnews/constitution/item/17406-obama-vows-to-bypass-congress-and-rule-by-decree
EXCERPTS:
"Obama declared that his administration would expand its rule-by-decree machinations through the use of even more anti-constitutional “executive orders” and “executive actions.” The radical plan, analysts say, is setting up a potential showdown of historic proportions with lawmakers and an increasingly outraged American public."
"Of course, over the last five years, the Obama administration has usurped unprecedented amounts of legislative power through the use of more than 150 unconstitutional executive decrees — far worse than the very real abuses perpetrated by his predecessors."

to Rule by Executive Order

EXCERPT:
"Obama has officially announced plans to trash the Constitution and move forward with a socialist-corporatist dictatorship without input from Congress or the American people. He made the announcement Tuesday during a cabinet meeting."

January 14, 2014 - President Obama's getting pretty steamed at Congress' inaction, and today he threw down the gauntlet again in comments to the press before a Cabinet meeting, saying he will sign more executive actions and take action on his own whenever he feels he needs to if Congress is still unable to get its act together and pass legislation.

He told reporters that he's getting tired of waiting on Congress to tackle issues of economic recovery and may just start doing more himself.

"One of the things that I will be emphasizing in this meeting is the fact that we are not just going to be waiting for legislation in order to make sure that we are providing Americans the kind of help that they need. I've got a pen, and I've got a phone. And I can use that pen to sign executive orders and take executive actions and administrative actions that move the ball forward."
Last year's Congress was touted all over the media as the least productive in the entire history of Congress, passing fewer bills than other sessions of Congress.

Shows Who the Real Masters Are:

Published on Jan 16, 2014
Obama declared his intention to "use his pen" and executive orders to arbitrary change the Affordable Health Care law passed by Congress. But as another chapter of the Trans Pacific Partnership (TPP) is leaked, we see that Obama doesn't mind betraying his base on an issue that's vital to them — the environment
http://www.infowars.com/obama-usurps-...

Posted by John at 2:49 PM Links to this post

The following article at http://www.gazettenet.com/home/10212278-95/scholar-and-common-core-critic-yong-zhao-says-schools-need-to-rethink-use-of, is reprinted below in full, unedited, for informational, educational, and research purposes:

By BARBARA SOLOW
@BarbaraSolow
HOLYOKE — In author and education scholar Yong Zhao’s view, the prevailing use of classroom technology has failed to improve student learning in America.
“Honestly, today, if you ask yourself has technology transformed education, the answer is no,” Zhao told an audience of some 300 area educators gathered for a Technology in Education Conference Tuesday at Holyoke Community College.
The reason, said Zhao, associate dean for global education at the University of Oregon, is that American public education is operating on an outmoded model that does not fit with either the demands or the opportunities posed by a global economy.
“We’re still thinking of education as a factory,” he said. But what today’s economy demands are “creative thinkers and entrepreneurs,” he said.
“Our schools are designed to homogenize people and give them basic skills,” Zhao said. “We’re still trying to produce sausages when what we need is bacon.”
A native of China who has won awards for his writing and research, Zhao was the keynote speaker at Tuesday’s second annual conference hosted by the Northampton-based Collaborative for Educational Services. The daylong event also offered workshops led by local educators using technology to engage students, including teachers in the Amherst, Northampton and Williamsburg schools.
In introducing Zhao, the collaborative’s executive director, Joan Schuman, told audience members they were about to be inspired and challenged. “You’re in for a treat,” she said.
Zhao did not disappoint, starting from the moment he announced he would not be speaking from the podium but instead, from right below the stage in HCC’s Kittredge Center.
Using liberal doses of humor and some sobering slides about unemployment rates among U.S. college graduates, Zhao called for a “paradigm shift” in education that will also mean using technology differently.
“Most technology products have nothing to do with education,” he said, “but with forcing people to acquire the same skills.”
Instead, Zhao said, schools should be using new technology to encourage students to tap their inner creativity. “Every child should have personalized education, and technology is the best way to do that,” he said.
Zhao has emerged as a vocal critic of national Common Core standards, which many states, including Massachusetts, have adopted to ensure that students who graduate from high school are ready for college and careers.
Zhao said Common Core standards — and tests used to measure whether students have met them — fail to capture the problem-solving and entrepreneurial skills needed for success in a global economy.
Further, a Common Core based on a few key subjects “is itself constraining technology” in the classroom, Zhao said, when it should be used to broaden the curriculum.
While policy makers and business leaders frequently point to higher test scores of students from other countries as a sign that U.S. public schools are failing, he believes there is another side to that story.
“In more homogenous societies like Finland and China, it’s easier to do that,” Zhao said. “Here, we are not a club system in education. If this nation continues to lose creativity and the diversity of talent, that’s very dangerous.”
In a workshop after his speech, Zhao offered specific ideas for using technology to boost learning, including:
∎ encouraging students to use to technology to produce “actual products,” for example, writing a book review for amazon.com;
∎ exposing students to a wider variety of courses via websites and online social networks;
∎ giving students “a voice” in their own learning” by allowing them to use technology to design electives or even a portion of regular class time;
∎ using online networks to connect students with peers around the globe. For example, have them teach English to students from Spanish-speaking countries.
Zhao also provided the address of a new Web platform he helped create that will allow schools, students and teachers around the globe to share ideas and resources: http://obaworldnet.
Williamsburg Principal Stacey Jenkins said Zhao’s speech made her “grateful to be a part of a small elementary school where we have the opportunity to explore.”
As an example, she cited a “maker’s space” that administrators hope to create once renovations at the Anne T. Dunphy school are completed where students, teachers and administrators can work together on engineering projects.
William Dornbush, data management specialist for Franklin County Technical School in Turners Falls, said he agreed with Zhao that the demands Common Core standards place on teacher time are obstacles to “more innovative approaches” to classroom technology.
Dornbush, a former technology director for the Northampton schools, said he planned to share ideas he’d heard at the conference with teachers at his school. “It’s a challenge to educators at all levels,” he said.
______________________________________________________________
Posted by John at 2:15 PM Links to this post