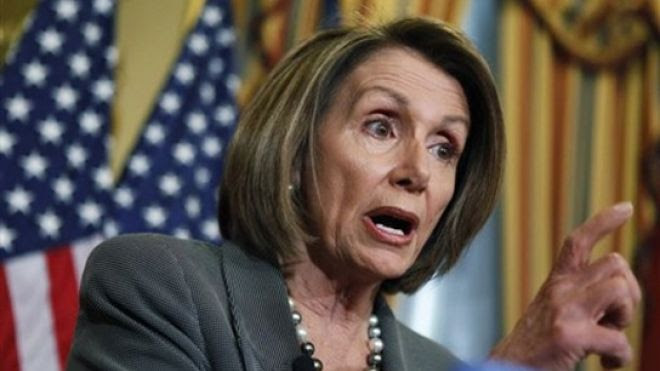 Back in 2008, "ardent, practicing Catholic" Pelosi
said that the Catholic Church has never been clear
about when life begins:
Pelosi on the Word of God:
"Fill it in with whatever you want":

As you will hear, Nancy Pelosi condemns abortionist Kermit Gosnell of Philadelphia, but defends a woman's right to choose in her dismissal of a reporter's question about the "moral difference":

From American Family Association, a request for prayer:

About a year ago, Mark Driscoll of Seattle, Washington's Mars Hill Church, a "Reformed Charismatic", delivered was has been described as an offensive sermon because of its pornographic descriptions. At least Phillip Johnson of Team Pyro called it
"Pornographic Divination".
http://teampyro.blogspot.com/2011/08/pornographic-divination.html, with transcript:


"Common questions about the gift of tongues":

Also see their full article: "Are Tongues And Healings For Today?":
http://www.excatholicsforchrist.com/articles.php?PageURL=tongues.htm:

Are Healing and Tongues for Today? (1 Corinthians 12) John MacArthur:

Published on Apr 23, 2013
http://www.macarthurcommentaries.com/
A thorough examination will yield the truth that spiritual gifts fill two major purposes: the permanent gifts edify the church and the temporary gifts are signs to confirm the Word of God. God will continue to give the permanent gifts to believers for the duration of the church age, and those gifts are to be ministered by His people at all times in the life of the church. Those gifts include first the speaking or verbal gifts—prophecy, knowledge, wisdom, teaching, and exhortation, and, second, the serving or nonverbal gifts—leadership, helps, giving, mercy, faith, and discernment. The temporary sign gifts were limited to the apostolic age and therefore ceased after that time. Those gifts included miracles, healing, languages, and the interpretation of languages. The purpose of temporary sign gifts was to authenticate the apostolic message as the Word of God, until the time when the Scriptures, His written Word, were completed and became self--authenticating...

John MacArthur on the charismatic movement.

"The reason the Church is in the mess it's in today":

The Modern Blasphemy of the Holy Spirit - John MacArthur:

Have You Ever Seen a Vision or Spoken In Tongues?

What Is Speaking in Tongues By John Piper: A Middle of the Road: