Gus Kenworthy & Adam Rippon Share A Smooch At The Opening Ceremony!
PRIDEFUL U.S. OLYMPIC SKIER FLAUNTS HOMOSEXUALITY IN OPPOSITION OF V.P. PENCE; SAYS HE'S "PROUD" OF "ALL" ATHLETES
BY HEATHER CLARK
SEE: http://christiannews.net/2018/02/10/prideful-u-s-olympic-skier-flaunts-homosexuality-in-opposition-of-pence-vp-says-hes-proud-of-all-athletes/;
“I feel incredibly honored to be here in Korea competing for the US and I’m so proud to be representing the LGBTQ community alongside this amazing guy! Eat your heart out, Pence. #TeamUSA #TeamUSGay,” freestyle skier Gus Kenworthy posted to Instagram on Friday, sharing a photo of himself with openly homosexual figure skater Adam Rippon.
The day prior, Kenworthy posted several photographs of himself with Rippon to Twitter, including one where he kissed Rippon on the cheek.
“We’re here. We’re queer. Get used to it. @Adaripp #Olympics #OpeningCeremony,” he tweeted.

Rippon also posted a photo of himself with his arm around Kenworthy, writing, “Representing the USA is one of the greatest honors of my life and being able to do it as my authentic self makes it all so much sweeter.”
A number of the other posts on the men’s social media pages prior to the event include sensual images of their bodies, or reference their homosexuality, with Kenworthy posing completely naked for one uncensored backside photograph.
Rippon had told USA Today last month that he was unhappy that Pence was chosen to lead the Olympic delegation and stated that he didn’t want to run into him at the meet-and-greet, due to Pence’s beliefs regarding homosexuality—specifically, claims that Pence supports conversion therapy.

“You mean Mike Pence, the same Mike Pence that funded gay conversion therapy?” he asked.
“If it were before my event, I would absolutely not go out of my way to meet somebody who I felt has gone out of their way to not only show that they aren’t a friend of a gay person, but that they think that they’re sick,” Rippon said. “I wouldn’t go out of my way to meet somebody like that.”
Pence tagged Rippon on Twitter on Wednesday to advise that reports about him supporting conversion therapy are “fake news.” He said he is simply supportive of the men in their Olympic quests.

“@Adaripp I want you to know we are FOR YOU,” he wrote (caps in original.) “Don’t let fake news distract you. I am proud of you and ALL OF OUR GREAT athletes and my only hope for you and all of #TeamUSA is to bring home the gold. Go get ‘em!”
View the tweet here.
Pence likewise remarked in another post that the reports were “fake news” and that he just wanted to cheer on the Americans competing in the Olympic games and not have “division.”
“One reporter trying to distort 18 yr. old non-story to sow seeds of division. We won’t let that happen! #FAKENEWS,” he wrote. “Our athletes are the best in the world and we are for ALL of them!”
As previously reported, Pence defended the Trump administration last February in its decision to retain an Obama-era order banning groups that contract with the federal government from “discriminating” against homosexuals and transgenders in their business or non-profit organization.
“I think throughout the campaign, President Trump made it clear that discrimination would have no place in our administration,” Pence said during an interview on ABC’s “This Week,” according to a transcript of the discussion. “He was the very first Republican nominee to mention the LGBTQ community at our Republican National Convention and was applauded for it. And I was there applauding with him.”
Pence is known for being at the center of controversy when he signed into law Indiana’s Religious Freedom Restoration Act in 2015 as then-governor. The bill was meant to mirror the federal Religious Freedom Restoration Act, which was signed in the 1990’s by then-President Bill Clinton.
However, homosexual activists and advocates soon rose up against Pence, asserting that the bill made provision for Christians and others to discriminate against homosexuals.
While Pence said that the bill had been “grossly misconstrued” by homosexual activists and the media and made to be an issue about homosexuality rather than a response to the Hobby Lobby contraceptive decision, he said that the “mischaracterization” now “might make it necessary … to clarify the law through legislation.”
Therefore, lawmakers proposed a clarification to the bill that banned business owners from declining to fulfill orders for homosexual ceremonies, which Pence promptly signed. His signature disappointed evangelicals, especially since Pence professes to be a Christian.
Proverbs 14:34 states, “Righteousness exalteth a nation, but sin is a reproach to any people.”
Preacher John MacArthur of Grace Community Church in Sun Valley, California also stated in a message entitled “When God Abandons a Nation,” “The only hope for this or any other society is to hear the Word of the Lord and obey it… And I would suggest that this is not a good time for weak men preaching weak messages in weak churches. This is a time for bold and powerful, strong biblical ministry that calls people to hear the Word of the Lord and respond. This is the only hope for any people for any individual.”
_______________________________________________________ 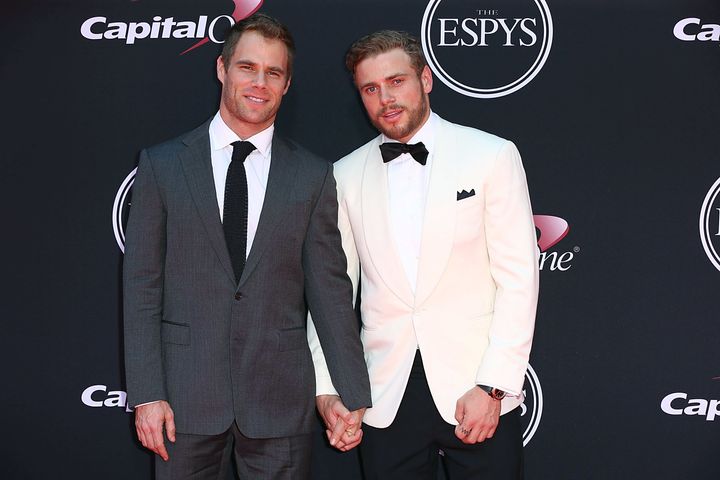