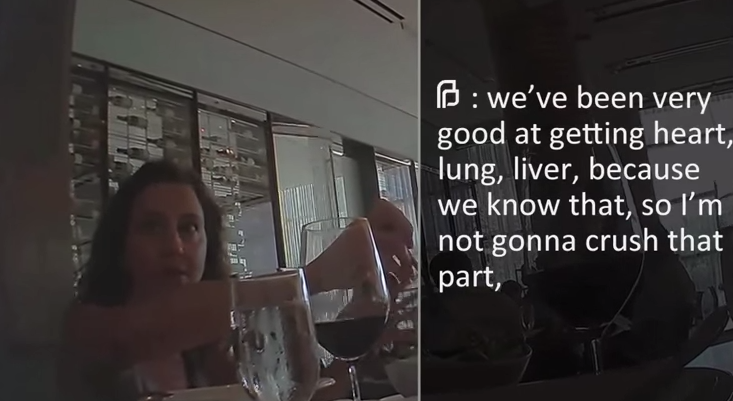 by STEVE BYAS
SEE: http://thenewamerican.com/usnews/health-care/item/22341-planned-parenthood-sues-undercover-video-makers; republished below in full unedited for informational, educational, and research purposes: OBAMA PEDDLING FICTION HIMSELF TO US "FOLKS" WHILE RNC REJECTS IMPEACHMENT

Gerald Celente Calls Out Obama
On His SOTU Lies
INTERVIEWED BY ALEX JONES
THE IMPEACHMENT CHARGES ARE VOLUMINOUS, BUT THE REPUBLICAN NATIONAL COMMITTEE DECLINES TO CONSIDER THEM

Published on Jan 14, 2016
Alex Jones interviews RNC member Dave Agema about the RNC's attempt to impeach Obama and where they go from here.

Published on Jan 14, 2016
Alex Jones interviews RNC member Dave Agema about the RNC's attempt to impeach Obama and where they go from here.

Two more issues over the last Week have made the need for at least a resolution of impeachment necessary.

Second  the recent revelation that the NSA has been reportedly sweeping up lawmakers’ conversations while snooping on Israel. Even further evidence for impeachment exists.  The real issue is whether or not the president was aware that members of Congress were being spied on. If that’s the case, and the president was aware of it, I believe that this is unconstitutional and an impeachable offense.

I have submitted and hope the RNC will adopt the following at our next meeting in a few short weeks.

RESOLUTION IN SUPPORT OF PROPER ARTICLES OF IMPEACHMENT

WHEREAS, The North American Law Center has presented evidence raising reasonable concerns that Barack Hussein Obama may be guilty of Usurpation of the Oval Office via criminal identity fraud; and,

WHEREAS, additional evidence from North American Law Center supports the charge that Barack Hussein Obama is further guilty of Malfeasance, misconduct and abuse of the Oval Office; and,

WHEREAS, further evidence suggests that Barack Hussein Obama is guilty of Aiding and Abetting known enemies of the United States; and,

WHEREAS, such high crimes, constitutional offenses and intrusions committed by numerous members of the Obama Administration, under the direction of Barack Hussein Obama, violates the Republican form of Constitutional self-governance guaranteed every State and every legal American citizen; and,

WHEREAS, this conduct has caused and continues to cause great harm to citizens of the United States by way of unsustainable national debt, unsecured borders, increased national security threats, an open threat to the peace and tranquility of life in the United States, as well as an assault on States and Individual Rights protected by our Constitution and Bill of Rights, and threatens the health and well-being of our beloved country, states, counties, towns and fellow citizens: and

NOW THEREFORE BE IT RESOLVED. that the Republican National Committee strongly supports Articles of Impeachment against Barack Hussein Obama and all involved in these crimes as prepared and already presented to Republican members of the U.S. House of Representatives by The North American Law Center for formal introduction to the House Judiciary Committee.

BE IT FURTHER RESOLVED. that the Republican National Committee strongly calls upon every Republican Representative to take immediate action, in accordance with your oaths of office, to uphold and defend the U.S. Constitution and the people of the United States against all enemies, foreign and domestic, placing Articles of Impeachment against Barack Hussein Obama in the House Judiciary Committee to launch an investigation into the criminal acts and asks that Republican Party principles and values be followed by all elected Republicans.

RATIONAL ON WHY HOUSE REPS MUST IMPEACH

CAN OBAMA BE IMPEACHED 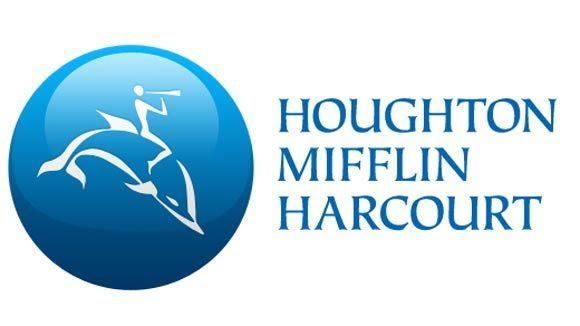 Conservative activist James O’Keefe has targeted Common Core with a new video that purports to show that companies embraced the academic standards for their profit-making potential. It shows a woman identified as a textbook publishing employee saying that she “hates kids” and that aligning academic standards is “what they have to do to sell the books.”
“You don’t think that educational publishing companies are in it for the kids, do you?” the employee, identified as Dianne Barrow, an account manager for the publishing company Houghton-Mifflin, said in the heavily edited video released Tuesday by O’Keefe’s Project Veritas. “No, it’s all about the money.”
A woman who identified herself as Barrow, reached by telephone, told The Washington Post that she was fired Tuesday while at a sales meeting in Orlando. She said she was told she had put the company “in a bad light.”
She said she had not yet seen the video, but after being told about the statements attributed to her, she said they had been taken out of context. “None of those statements were standalone statements, and they were completely misconstrued,” she said.
Barrow, who said she began her career as a teacher, said she believes that Common Core is a good thing for children because it creates consistent academic expectations across the country. As for the statement about hating kids? “I said that as a joke,” she said. “Who hates kids?”
Linda Zecher, chief executive of Houghton Mifflin Harcourt, moved quickly to distance the company from the video and the statements Barrow is shown making.
“Houghton Mifflin Harcourt is as appalled by these comments as we expect readers will be. These statements in no way reflect the views of HMH and the commitment of our over 4,000 employees who dedicate their lives to serving teachers and students every day,” Zecher said in a statement Tuesday.  “The individual who made these comments is a former employee who was with HMH for less than a year.”
O’Keefe, whose previous undercover videos have targeted Planned Parenthood and the left-leaning advocacy organization ACORN, has been accused of editing footage in order to promote his point of view. The new video is framed as evidence that Common Core was designed to be good for corporations, not for students — a common charge among anti-Common Core activists.
Common Core supporters condemned the statements in the video, saying that they weren’t representative of the movement to adopt common academic standards across the country.
“While there are bad actors in every profession, it would be wrong and irresponsible to suggest that a few isolated incidents are representative of the tens of thousands of dedicated teachers and educators who support high academic standards and devote themselves daily to ensuring kids are prepared for success after high school,” said Blair Mann, spokeswoman for the Collaborative for Student Success, a pro-Common Core advocacy group, in a statement.
Blair added: “Still this incident, however isolated it may be, underscores the importance of states and local school districts exercising fully their local control over decisions involving books and curriculum. Common Core Standards are state-initiated, state-created, state-adopted and completely voluntary K-12 standards in math and English that are comparable across state lines. And while these education goals allow parents to compare student progress, they do not put any entity – including textbook publishers or the federal government – in charge of local decision making.”
The film shows undercover activists posing as political consultants and speaking to Barrow about textbook publishing and apparently about Common Core, the national academic standards that have been adopted by more than 40 states. The standards are a frequent target for many conservatives, who say they are evidence of federal overreach in education.
Barrow never says the words “Common Core” in the 7-minute video. But she alludes to the fact that common academic standards are good for publishers, whose bottom lines benefit when they don’t have to tailor their textbooks to 50 different sets of state standards: “The fact that they have to align the educational standards is what they have to do to sell the books,” Barrow says in the video.
“You know it’s just like any business. If you’re selling t-shirts, you want your t-shirts to fit everybody.”
Barrow appears to criticize the publishing giant Pearson in the video, saying she used to work for that company. “It owns the world. You know? They just do underhanded things,” she said.
Pearson spokeswoman Laura Howe issued a statement in response Tuesday: “The comments in this video in no way represent Pearson’s values or business practices. They are offensive to our 40,000 employees, many of whom are parents, former teachers, or students themselves, and are dedicated to working each and every day to help people make more of their lives through learning.”
_________________________________________________________

BY ADAN SALAZAR
SEE: http://www.infowars.com/exclusive-video-textbook-exec-reveals-greedy-truth-behind-common-core-its-never-about-the-kids/;
“It’s never about the kids,” an executive for one of the largest Common Core textbook publishing companies admits in a recent undercover sting video released exclusively to Infowars.
“There’s always money in it,” according to Amelia Petties, Strategic Account Executive for Houghton-Mifflin Harcourt, who told undercover journalists with Project Veritas that rebranding Common Core would generate huge profits, kids be damned.
In the video, Petties claims the Common Core curriculum is here to stay, but that “slapping a new name on it” couldn’t hurt, “Because I can sell a shit ton of training around whatever you’re calling it.”
When asked whether the quality of children’s lessons ever influence the sales of textbooks, Petties replies, “It’s never about the kids.”
Petties’ admission makes her the second Houghton Mifflin representative to be caught on tape admitting that profits trump their textbooks’ educational value.
On Tuesday, Project Veritas released another video exposing questionable comments made by Houghton-Mifflin West Coast sales manager Dianne Barrow, who made it a point to proclaim, “I hate kids.”
“I’m in it to sell books,” Barrow told undercover reporters. “Don’t even kid yourself for a heartbeat.”
“It’s all about the money,” she added. “What are you, crazy? It’s all about the money.”
“You don’t think that the educational publishing companies are in it for education, do you? No, they’re in it for the money,” she stated.
Houghton-Mifflin Senior Vice President Bianca Olson confirmed to the Daily MailTuesday Barrow has since been terminated.
Project Veritas took off in 2009 after the group shed light on community organizer ACORN’s nefarious activities, and has since worked to expose voter fraud, the wide open border and now the dangers behind the Common Core curriculum.
The latest admissions will no doubt bolster the growing movement to repeal federal Common Core standards.
Amelia Petties has not yet responded to Infowars’ request for comment. Infowars is also awaiting reply from Houghton Mifflin.
If you’d like to ask about the status of Ms. Petties, contact the Senior Vice President of Corporate Affairs at Houghton-Mifflin Harcourt, Bianca Olson at bianca.olson@hmhco.com
The CEO is Linda Zecher. Her email (we think) islinda.zecher@hmhco.com.
_________________________________________________

by SELWYN DUKE
SEE: http://www.thenewamerican.com/culture/education/item/22377-ex-textbook-company-exec-admits-common-core-has-anti-american-anti-christian-agenda; republished below in full unedited for informational, educational, and research purposes:

Posted by John at 7:41 AM Links to this post