CHINA, A GODLESS SOCIETY;
CULT OF PERSONALITY (LIKE MAO)~
NOW XI JINPING'S "THOUGHT" IMPLEMENTS TOTAL CONTROL
"TRUSTWORTHY TO ROAM EVERYWHERE UNDER HEAVEN, WHILE MAKING IT HARD FOR THE 'DISCREDITED' TO TAKE A SINGLE STEP"
"ONCE UNTRUSTWORTHY,
ALWAYS RESTRICTED" 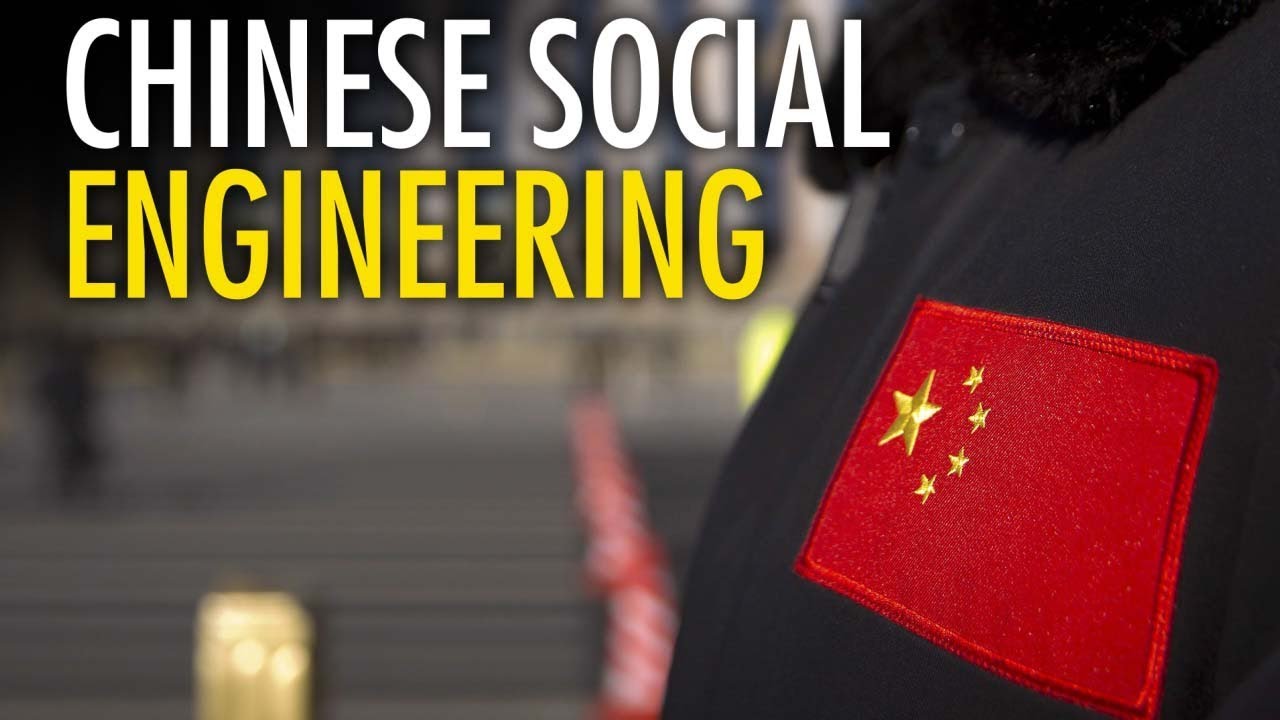 CHINA ANNOUNCES
A MARK OF THE BEAST PLAN
FOR THE WORLD
"SOCIAL SCORE" WILL DETERMINE IF YOU HAVE A CERTAIN LEVEL OF CIVIL RIGHTS,
OR NOT!
China has officially announced their plan to carry out a social score system that uses any and all data compiled on your activity to allow you permission for freedom through an 'adequate' score.

The Mark of the Beast

Don’t get the mark of the beast

If you worship the beast and receive his mark you will receive the complete wrath of God. The book of Revelation in the Bible gives us this strong warning:
“If anyone worships the beast and his image and receives his mark on the forehead or on the hand, he, too, will drink of the wine of God's fury, which has been poured full strength into the cup of his wrath.” Revelation 14:9,10
If you get the mark of the beast God’s complete wrath will be poured out on you.

“He causes all, both small and great, rich and poor, free and slave, to receive a mark on their right hand or on their foreheads, and that no one may buy or sell except one who has the mark or the name of the beast, or the number of his name.” Revelation 13:16-17
When you are required by law to get the mark of the beast and when you can’t buy or sell without it how will you live?

DISCOVERY OF FACEBOOK'S "SPYNET" PLUNGES STOCK $40 BILLION
Alex Jones breaks down how and why Facebook has lost $40 Billion in the wake of their data mining operations going public and their censorship tactics being more and more widely reported.

RAISING THE AGE TO 21 TO PURCHASE GUNS~WHY SHOULD YOU CARE?~VIDEO

RAISING THE AGE TO 21 TO PURCHASE GUNS~WHY SHOULD YOU CARE?~VIDEO
SEE: https://www.ammoland.com/2018/03/raising-age-21-purchase-guns-why-care/#axzz5AOI6pDM2; republished below in full unedited for informational, educational, and research purposes:

USA – -(Ammoland.com)- We have all heard the false argument that we don’t need an AR-15 to hunt deer. You don’t have to be a Constitutional Scholar to know that the purpose of the 2nd Amendment was not to protect hunting. Normally, I would argue that we should be more forceful and honest about the purpose of our right to “keep and bear arms.” However, there is good reason to take a different tack on the issue of age restrictions. Future generations will find it hard to care about protecting an instrument they don’t understand.
In recent weeks several states have managed to pass increased age restrictions on purchasing guns and ammo. Illinois even went so far as to confiscate most semi-auto long guns and handguns from those under 21. Don’t be fooled, the Left is expert at long term political strategy. This is a game of attrition.

There is much to fear if gun ownership is not a reality for an adult in the formative years between 18 and 21.

Hunting participation is down significantly. In 2016 the US Fish & Wildlife Service revealed that hunter numbers declined by 2 million participants since 2011, a 14.8% decrease. The more telling and problematic figure is that hunting expenditures dropped 29% from $36.3 billion to $25.6 billion in the same 5-year period. In other words, hunters are less involved with the sport, spending less on themselves and those they take with them – the next generation.
Many of us remember the anticipation and excitement as youth of toting our own long gun afield. Even more exciting was the day we saved up enough money to purchase our own bang stick. After all, despite what we tell our spouses, half the fun in hunting is buying cool new toys that we “need.”
My old man grew up in a small logging town in the Northwest. He loves to recite the story of his first gun purchase. At 12 years old he asked his mother to write him a permission slip so he could purchase a rifle at the local shop. With permission in hand he rode his bicycle down the street to pick out a surplus rifle. This was the 1950’s and WWI-WWII era Springfield 1903s were easy to come by. A 12 year old purchased a literal “weapon of war” – I hope the Left doesn’t mind me borrowing their spin-doctor. He strapped it to his handlebars and peddled home. I’m sure a sizeable population of critters fell to that rifle.
I doubt my father would have purchased such a thing if he didn’t have the prospect of chasing down a Blacktail or a Mule Deer with it. Hunting is an adventurous, exciting, instructive, tough, and character building exercise. Without the allure of hunting his money likely would’ve gone to something considerably more dangerous at the time, the latest rock-n-roll record.
I have had the opportunity to convert many non-hunters into diehard sportsmen, including my wife and kids. Although I’ve had a few successes with older folks, it is far easier to get a young person to develop a passion for it. Hunting is an all or nothing proposition. Either it gets in your soul or you won’t do it at all.
The anti-gunners might convince a target shooter or casual gun owner that there’s something scary about a particular gun or caliber. Those with a passion for hunting already understand what it means to “need” a particular gun. They’re not going to fall for recent arguments that the AR-15’s projectile speed of 3000 fps poses a particular danger. Hunters understand the many issues that could arise from waiting periods and a limit on how many guns could be purchased at once. Hunters are not a homogenous group; many of them are blue-collar democrats. Thanks to hunting, even these democrats are less likely to be persuaded by deceitful anti-gun arguments. We must recruit and retain others to share in that deeper understanding and commitment.
If an 18 year old starting his career in the trades, or heading off to college, cannot purchase a rifle or shotgun to tote with him on the journey, I fear the next generation will rapidly lose their interest. In the end, this will result in the annihilation of the 2nd Amendment for current and future generations. We must bring our hunter numbers up. Other shooting sports won’t be enough to stop the hemorrhaging and keep our rights intact. If each of you introduced just one new person every couple years our numbers would sky rocket.
Think about yourself at 18 through 21. You had dozens of competing interest. Among the clamor of choosing a school and a profession, dating, work, and parties did you miss some hunting seasons? How many more would you have missed if you weren’t allowed to have a gun?

I would submit to you that keeping the age at 18 to purchase all long guns is one of the good fights we should be engaged in.

About the Author Clark Ramsey
Clark Ramsey is the host of “The Ramsey Revival” on YouTube. He is a former Infantry Marine and a service-connected disabled veteran. Clark holds a Juris Doctor from Michigan State University College of Law and a Bachelor’s degree in Homeland Security & Emergency Preparedness. He has thousands of hours in a variety of shooting related disciplines from hunting to tactical fieldwork. If he could, he’d spend all of his time hunting and fishing with his wife and three kids.

SEE: https://www.ammoland.com/2018/03/gun-group-helps-students-defend-1st-amendment-right-support-2nd/#axzz5AOGbDAPD;
Posted by John at 10:33 AM Links to this post 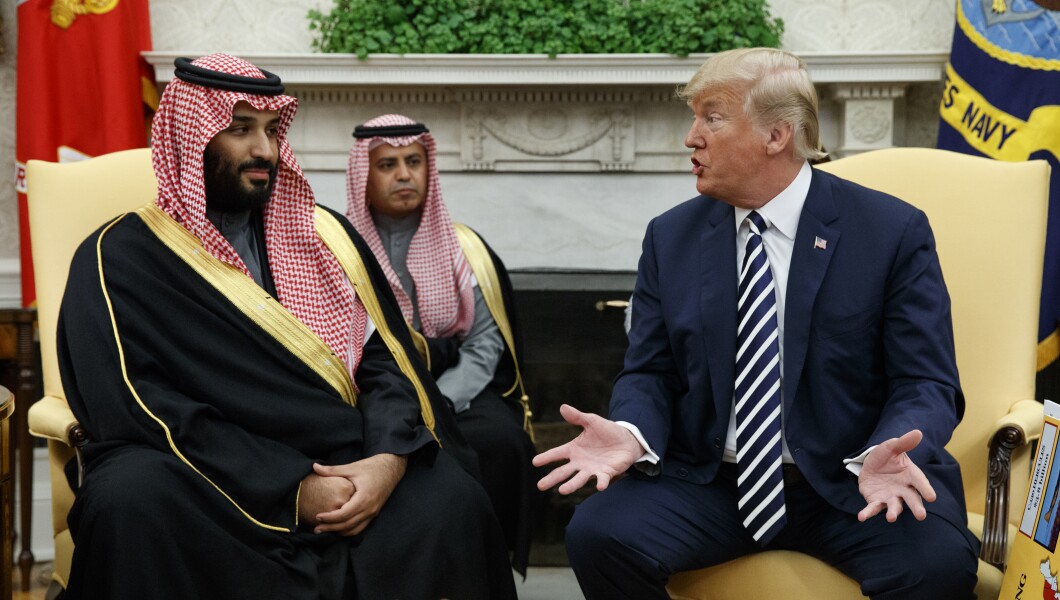 TRUMP TELLS SAUDI CROWN PRINCE
THAT U.S. HAS "ZERO TOLERANCE"
FOR TERRORIST FUNDING
BY ROBERT SPENCER
SEE: https://www.jihadwatch.org/2018/03/trump-tells-saudi-crown-prince-us-has-zero-tolerance-for-terrorist-funding; republished below in full unedited for informational, educational, and research purposes:
The test of whether or not this vaunted Saudi reform is real will be if they really cut off funding not only for terror groups, but for Muslim Brotherhood mosques and organizations in the United States.
“Trump tells Saudi crown prince US has ‘zero tolerance’ for terrorist funding,” by Steven Nelson, Washington Examiner, March 20, 2018 02:22 PM
President Trump told Saudi Arabia’s crown prince, Mohammed bin Salman, on Tuesday that the U.S. has “zero tolerance” for terrorism funding, and that he was pleased to see Saudi efforts to stop donations to extremist groups.

“One thing you really have to really focus on is the terrorism threat and the funding of terrorism, whether it’s Saudi Arabia or other countries, as we know there will be no funding, we have zero tolerance for the funding of terrorists,” Trump said at the White House. “I will say Saudi Arabia has been working very hard on that.”
Trump also recalled his visit to Saudi Arabia last year for an anti-terrorism conference.
“We talked about terrorism and the funding of terrorism, and it will not be allowed. It will not be allowed. That would be the one thing that would end the relationship with any country. I think there’s a very big focus on that, the funding of terrorism, meaning it’s over,” Trump said.
Although the two countries are public allies in the fight against the Islamic State, a 2014 memo from former Secretary of State Hillary Clinton said Saudi Arabia and neighboring Qatar “are providing clandestine financial and logistic support to ISIL and other radical Sunni groups in the region,” using another acronym for the terror group.
Prince Salman, 32, consolidated power as the authoritarian U.S. ally’s de facto leader last year with leadership purge premised on allegations of corruption against royal rivals. The prince has pushed an agenda of economic and social reforms, including moving the kingdom to diversify its oil-based economy and allowing women to drive cars.
But Prince Salman also seen as a driving force behind an aggressive Saudi foreign policy, including the nearly three-year intervention in Yemen, where thousands of civilians died in aerial bombings or face starvation. He’s led a coalition of Arab nations to break diplomatic relations with Qatar, accusing the small gas-rich nation of funding extremist groups, with demands including the closure of the news network Al Jazeera.
During a Monday background call with reporters, senior administration officials said there would be a wide range of topics discussed between Trump and Prince Salman, whose aging father, King Salman, technically still leads the country.
Topics that Trump intended to discuss, according to officials, included the Yemeni Civil War, the Syrian Civil War, regional adversary Iran, and an ongoing diplomatic feud between Saudi Arabia and Qatar. The official also suggested there would be significant discussion about Russia’s role in the region.
“The president and the crown prince will discuss countering Iran’s destabilizing activities in the region, but also will include Russia’s role in supporting the Assad regime’s atrocities in Syria, Russia’s efforts to protect Iran from us sanctions to hold the [Iranian Revolutionary Guard Corps] accountable for facilitating reckless missile attacks against Saudi Arabia and the Emirates, and also facilitating attacks on shipping in the Red Sea,” one senior official said on the Monday call previewing the visit….

SHELTERING ILLEGAL, CRIMINAL IMMIGRANTS TO BE STOPPED: PRESIDENT TRUMP HOSTS A LAW ENFORCEMENT ROUND TABLE ON SANCTUARY CITIES~STATES & MUNICIPALITIES TO BE FORCED TO OBEY FEDERAL LAWS

TRUMP HOSTS A LAW ENFORCEMENT ROUND TABLE ON SANCTUARY CITIES
SHELTERING ILLEGAL, CRIMINAL IMMIGRANTS TO BE STOPPED
STATES & MUNICIPALITIES TO BE FORCED TO OBEY FEDERAL LAWS