JEB BUSH: WOULD HAVE KILLED BABY HITLER~BUT NO MENTION OF HIS GRANDFATHER SUPPORTING THE NAZIS

JEB BUSH: KILLING BABY HITLER;
BUT NO MENTION OF HIS GRANDFATHER
SUPPORTING THE NAZIS
BY KURT NIMMO
SEE: http://www.infowars.com/jeb-bush-killing-baby-hitler/;
republished below in full unedited for informational, educational, and research purposes:

Jeb Bush, the Republican presidential candidate who is in the single digits, told The Huffington Post he would kill a baby Hitler if given the chance to go back in time.

“Hell yeah, I would!” the former Florida governor said while on the campaign trail in New Hampshire. “You gotta step up, man.”
“It could have a dangerous effect on everything else, but I’d do it — I mean, Hitler,” Bush added.
The question was posed by The New York Times Magazine. Most respondents said they would kill the baby who would grow up to become Der Fuhrer.
If given the chance, Jeb Bush might want to travel back in time and prevent his grandfather from helping Hitler become one of the most infamous dictators of the 20th century.
Prescott Bush, a Wall Street executive banker and Connecticut Senator, helped assist the Nazis through the Union Banking Corporation (https://en.wikipedia.org/wiki/Union_Banking_Corporation) and Brown Brothers Harriman, an influential investment bank.
The bank held gold for the Nazis and acted as a clearing house for Fritz Thyssen, a German industrialist who supported the Nazi regime. In 1932 Thyssen and other industrialists signed a letter urging Paul von Hindenburg to appoint Adolf Hitler as chancellor. He also arranged a meeting of the Association of German Industrialists that raised 3 million marks for the Nazi Party. Thyssen was instrumental in Hitler’s effort to re-arm Germany. In 1941 Thyssen wrote a book titled “I Paid Hitler.”
Jeb Bush’s grandfather was also linked to Consolidated Silesian Steel Company, a company that used slave labor during the Second World War.
Prescott Bush was not deterred by the outbreak of the Second World War. It took the Trading with the Enemy Act and a seizure of the bank’s assets in 1942 to stop it from dealing with Thyssen and the Nazis.
If Jeb Bush found a way to travel back in time, he also might want to prevent J.P. Morgan, T. W. Lamont, the Rockefeller interests, General Electric Company, Standard Oil, National City Bank, Chase and Manhattan banks, Kuhn, Loeb and Company, and dozens of others from the financial and corporate elite supporting Hitler and the Nazis.
___________________________________________________________

Pastor John Weaver
Tyranny and Self-Defense
Published on Aug 1, 2015
In this speech Pastor Weaver discusses the three options available to the Christian in opposing tyranny - deception, flight, or fighting.

COMMON CORE IS THE COMMUNIST CORE I WENT THROUGH IN CHINA 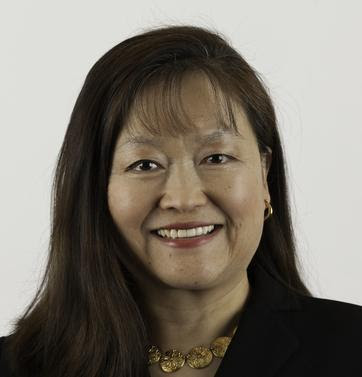 Common Core is the Communist Core I Went Through in China
by Lily Tang Williams
Website:
www.lily4liberty.com


Published on Feb 21, 2015
Liberty Activist and Former Libertarian Candidate, Lily Tang Williams, has a dire warning for America; Common Core reminds her of the Communist Core she went through in China.

Hear her powerful testimony describing how parents had zero parental rights, children were forced to keep daily tattle-journals, Chinese children were taught to do well on tests and conform--no critical thinking allowed, and if you were a late bloomer or student with special education needs, forget it, you'd be relegated to a life of poverty. Students were also tracked throughout their school years so their file could be turned over to all government agencies and potential employers.

A big and powerful government always has reasons and excuses for using force to make people do what they want, but in the end, it is always the ruling class and their cronies that benefit from these mandates, not the people.

LIBERTARIAN
Posted by John at 9:37 AM Links to this post

A Message to Governor Cuomo, from NYR NY Militia:
"YOU LOST" ROMAN CATHOLIC FORGERIES & PHONY AUTHORITY IN HISTORICAL DOCUMENTS
SEE: http://www.wayoflife.org/index_files/romes_forgeries.html;
Posted by John at 8:57 AM Links to this post