James Martin, SJ
@JamesMartinSJ
Since many people have been asking, yes, Outreach 2020, the #LGBTQ Catholic Ministry Conference, is still on track. It will be held at Fordham University's Rose Hill Campus from June 18-20. We should have registration information up within a few days. Stay tuned! 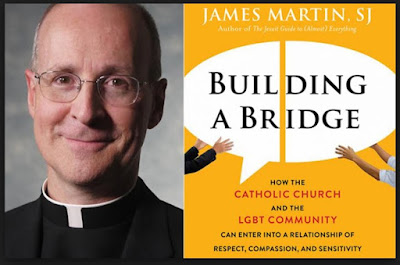 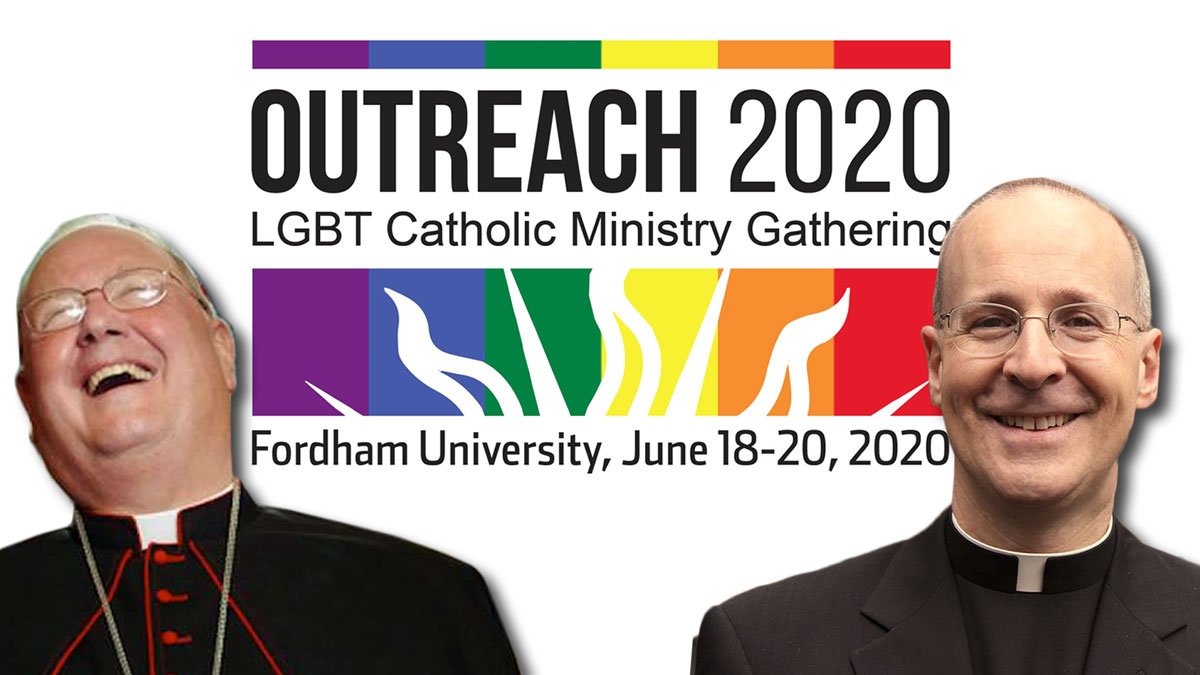 Founded in 1841, Fordham is the Jesuit University of New York, offering exceptional education distinguished by the Jesuit tradition across nine schools. Fordham awards baccalaureate, graduate, and professional degrees to approximately 16,000 students from Fordham College at Rose Hill, Fordham College at Lincoln Center, the Gabelli School of Business (undergraduate and graduate), the School of Professional and Continuing Studies, the Graduate Schools of Arts and Sciences, Education, Religion and Religious Education, and Social Service, and the School of Law. The University has residential campuses in the Bronx and Manhattan, a campus in West Harrison, N.Y., the Louis Calder Center Biological Field Station in Armonk, N.Y., and the London Centre, Clerkenwell, in the United Kingdom.

SEE: https://reformationcharlotte.org/2020/01/30/catholic-priest-confirms-pro-gay-catholic-outreach-conference-in-june-2020-at-prominent-catholic-university/;
Posted by John at 4:47 PM Links to this post

A graduate of Southeastern Baptist Theological Seminary told a church member to apologize to another family because they shared the same last name. The pastor assumed that because they shared a last name, the white family's ancestors must have owned the black family's ancestors.
SBC PASTOR TELLS CHURCH MEMBER
THEY'RE IN GENERATIONAL RACIAL SIN
BECAUSE OF HIS LAST NAME
SEE: https://reformationcharlotte.org/2020/01/30/sbc-pastor-tells-church-member-theyre-in-generational-racial-sin-because-of-his-last-name/;
Posted by John at 3:44 PM Links to this post

Christians kneel in the rubble of their church. Under Chinese PresidentXi Jinping, church demolitions, such as this one, have becomeincreasingly commonplace.(Photo: ChinaAid)
CHRISTIAN PERSECUTION: COMMUNIST CHINA TO ROLL OUT NEW RELIGIOUS REGULATIONS
SEE: https://christiannews.net/2020/01/30/china-to-roll-out-new-religious-regulations/;
Posted by John at 3:04 PM Links to this post