DISNEY'S NEW "BEAUTY & THE BEAST": MORE LGBTQ PROPAGANDA FROM THE MAGICK QUEENDOM
BY WILLIAM F. JASPER
SEE: https://www.thenewamerican.com/culture/family/item/25529-disney-s-new-beauty-the-beast-more-lgbtq-propaganda-from;
What next? A Brokeback Mountain version of Old Yeller? A transgendered Mickey Mouse? Bruce “Caitlyn” Jenner starring in the father role in a remake of Swiss Family Robinson? Don’t laugh, the above absurdities — and worse — are no doubt percolating on the diversity/perversity menu at the Magick Queendom.
Not content with showing two 13-year-old boys kissing on The Fosters and the LGBTQ agitprop of The Real O’Neals (the creation of virulently anti-Christian, foul-mouthed, homosexual fanatic Dan Savage), the Disney-ABC Television Group is releasing its live-action version of the classic fairytale Beauty and the Beast as a new milestone for “gay” advancement. It is being celebrated as Disney’s first film with an openly gay character.
Queer hearts are all a twitter, it seems, over the news that Gaston’s sidekick, LeFou (played by Josh Gad) is a flamboyant flamer who has a crush on Gaston. The film’s director, Bill Condon, addressed the growing buzz over the gay subplot at a press conference in Beverly Hills on Sunday. “I talked before about how we translate this into live-action. That means building out the characters. It’s also a translation to 2017, you know?” Condon said, according to People magazine.

“And what is the movie about? What has this story always been about for 300 years? It’s about looking closer, going deeper, accepting people for who they really are,” Condon averred.
“And in a very Disney way,” he continued, “we are including everybody. I think this is for everybody, and on the screen we’ll see everybody. And that was important to me.” Yes, no doubt it is important to Condon, who is openly homosexual and has made the mainstreaming of perversion a major career goal. His 1998 film Gods and Monsters celebrated the life of homosexual James Whale, the director of the 1931 movie Frankenstein. He also directed the 2004 film Kinsey, which glorified the famous sex “expert” Alfred Kinsey. Of course, Condon ignored the extensive and heroic research of Dr. Judith Reisman that exposed Kinsey not only as a fraud and an infamous pervert, but also as a criminal who engaged in the most vile sexual abuse of young children, including even infants.
“LeFou is somebody who on one day wants to be Gaston and on another day wants to kiss Gaston,” revealed Condon, in an earlier interview with the homosexual magazine Attitude. The publication gushed that the new children’s movie is “a treasure trove of gay secrets — and is set to make history.” The magazine excitedly noted:

Disney’s live-action remake of Beauty and the Beast has quickly become one of the most eagerly anticipated movies in history, smashing records when its first trailer racked up more than 127 million views in just 24 hours last November.
While the reimagined romantic classic, featuring Emma Watson and former Downton Abbey star Dan Stevens, might seem like the ultimate celebration of heterosexual love, it’s actually harbouring a treasure trove of gay secrets — and is set to make history with Disney’s first ever “exclusively gay moment” on film.
The article states that Attitude editor-in-chief Matt Cain “has welcomed the news as a landmark moment for LGBT representation.”
“It may have been a long time coming but this is a watershed moment for Disney,” Cain says. “By representing same-sex attraction in this short but explicitly gay scene, the studio is sending out a message that this is normal and natural — and this is a message that will be heard in every country of the world, even countries where it’s still socially unacceptable or even illegal to be gay.”
Only a First Step
Editor-in-chief Cain added: “It’s only a first step towards creating a cinematic world that reflects the one in which many of us are now proud to live. But it’s a step in the right direction and I applaud Disney for being brave enough to make it — and in doing so hopefully helping to change attitudes and bring about real social progress.”
In truth, this latest move with Beauty and the Beast is but one of many steps along a strategic continuum that Disney has been consciously plotting for a good number of years. The Disney entertainment empire is a key player in the Rainbow Mafia, the homosexual syndicate that has as its prime directive the “overhauling of straight America.” That’s how homosexual strategists Marshall Kirk and Hunter Madsen characterized their overarching subversive plan in their 1989 bestseller After the Ball: How America Will Conquer Its Fear and Hatred of Gays in the 90’s. We described the Kirk-Maden game plan in considerable detail in “The Queering of America,” in the June 8, 1998 issue of The New American. As we noted in that article, Disney “epitomizes the astonishing transformation” among the large number of Fortune 500 corporations that have jumped on board the politically correct bandwagon for LGBTQ rights. In fact, that same year, lesbian activist Elizabeth Birch, then executive director of the Human Rights Campaign, the largest U.S. LGBTQ lobbying group, praised Disney for its supposedly enlightened stance on this crucial moral-spiritual-social issue.
“In the past few years,” we reported, nearly two decades ago, “the company once synonymous with wholesomeness and quality family entertainment has become a leading purveyor of perversion — and the target of repeated campaigns by churches and religious organizations offended by its scandalous productions. Who would have thought it possible that the beloved Magic Kingdom would so soon after Walt Disney’s passing turn into a Wicked Empire that: hires a convicted child molester to direct a movie; recruits an open lesbian and an avowed homosexual to top executive positions; publishes openly pro-homosexual books directed toward youngsters; injects subliminal pornographic images into its animated movies; produces a children’s animated epic with sub rosa homosexual characters; and sponsors an annual homosexual confabulation at Disney World that subjects unsuspecting families to the rowdy and raunchy activities of hordes of deviants?”
We reported way back then:

In her keynote address to the 1998 University of California Lesbian, Gay, Bisexual, Transgendered Association’s “Exposed!” conference, Elizabeth Birch triumphantly revealed a deep, dark secret. First she asked furtively, “Is there any press in the room?” Then she explained: “Okay, I’m gonna tell you — ’cause some of these conversations are very private — but when I said to Michael Eisner, CEO of Disney, [that] ’30 percent of your employees are gay,’ he said, ‘You are wrong, Elizabeth, it’s 40 [percent].'"
If 40 percent of Disney’s employees were “gay” in 1998, it’s a fair bet that the LBGTQ meter would register quite a few points higher today. The trend that was nurtured under CEO Eisner has been continued under his successor, Bob Iger, the former president of ABC Television, who took over as Disney CEO in 2005. Among other LBGTQ milestones at the company are the 2014 episode of The Disney Channel kid's TV program Good Luck Charlie, which introduced a lesbian couple and their toddler daughter, and the 2016 appointment of George Kalogridis as Walt Disney World’s first openly gay president.
But back to Beauty and the Beast. Besides director Condon and the LeFou character, there are additional LGBTQ “bonuses” that are sending frissons of excitement through queerdom. Gaystarnews.com, for instance, reports that the characters Gaston and Cogsworth are played by real-life homosexual stars. In an article entitled “The gay secrets of the new Beauty and the Beast movie — including Disney's first gay character and love scene,” the Gay Star News reports:

Luke Evans as Gaston
He’s starred in hits including Dracula Untold and The Girl On the Train.
But British actor Luke Evans has landed his highest profile role yet as the Beast’s love rival: the arrogant Gaston.
Luke makes no secret of the fact he is gay, although he doesn’t tend to talk about his relationships in interviews, so fewer people are aware of his sexuality than you might expect.
"I don’t blast it from the rooftops because I’m a very private person," he told The Guardian last year. "And it doesn’t affect anything. But it’s life. This is who I am as Luke."
Sir Ian McKellen as Cogsworth
He’s already appeared in numerous blockbusters — the X-Men and Lord of the Rings franchises to name but a few.
Now Sir Ian, possibly the world’s best-loved gay actor, is to play Cogsworth, the talking clock.
Sir Ian came out as gay in 1989, at the age of 49. Since then, through his work with Stonewall and beyond, he’s become one of the world’s most powerful champions of LGBTI rights.
So, by all means, if you’re OK with the “overhauling of straight America,” and you think the eye candy of Disney’s culture vultures is more important than your children’s souls, take the family to see the “gorgeously filmed” new toxic offering from the Magick Queendom. On the other hand, if you have decided instead to take a stand against cultural subversion and our society’s suicidal slide toward the abyss, you could not only boycott this new perverse product (and urge others to do so as well), but cut any ties you may have to the Disney Channel and all other Disney product lines.
Related articles:
The Queering of America
From Normal to Abnormal
Study Finds No Scientific Basis for Transgenderism
Morality Meltdown: The Culture War Waged by America's Liberal Elite
The Transgender Con: Rending Bodies and Twisting Minds
School District: Shh, Don't Tell Parents a (“Transgender”) Boy Is Bunking With Their Daughter
The Slippery Slope to Pedophilia
According to Kinsey, Deviancy Is the New Normal
_____________________________________________________

DISNEY CONTINUES TO ACT AS A SOCIAL CHANGE AGENT
(Friday Church News Notes, March 10, 2017, www.wayoflife.org, fbns@wayoflife.org, 866-295-4143) -
"Disney continues to act as a major social change agent by its attempt to normalize and glorify homosexuality. Its new remake of Beauty and the Beast features a homosexual relationship. Movie director Bill Condon says, “LeFou [a companion of Gaston] is somebody who on one day wants to be Gaston [a muscular hunter who wants to marry Belle, the ‘beauty’] and on another day wants to kiss Gaston. He’s confused about what he wants. It’s somebody who’s just realizing that he has these feelings. And Josh makes something really subtle and delicious out of it. ... at the end ... it is a nice, exclusively gay moment in a Disney movie” (“Beauty and the Beast Remake,” Christian Headlines, Mar. 2, 2017). Fallen human nature has many “feelings” that are powerful and “natural” but unlawful before God, but modern society denies God and seeks to legitimize all human feelings through a relativistic morality. Few men have had more influence on American society and the modern global culture than Walt Disney. He pioneered the American animation industry and captivated children’s hearts with cartoon characters such as Mickey Mouse and Donald Duck. He took Hollywood fantasy to a new level of influence with the building of Disneyland in California and Disney World in Florida. Disney’s animated classics are filled with pagan and occultic imagery such as witches and demons, sorcerers and spells, genies and goblins, which is strongly denounced by Scripture. Like Harry Potter and Lord of the Rings, Disney cartoons present the false and damnable concept that there is good and bad magic. Disney did not attend church, and there are no churches on Main Street in Disneyland or Disney World, even though there were churches on practically every main street in America when Disneyland opened in 1955. Multitudes of Christian parents have unwisely allowed Disney’s cartoons and movies to influence their children. When Disneyland opened, Time magazine featured Walt Disney on its cover and called him “the poet of the new American humanism.” Indeed. The acceptance of Hollywood’s “entertainment” by American churches over the past half century helped paved the way for the wholesale apostasy that we witness today and the destruction of morality in society at large"
_________________________________________________________ 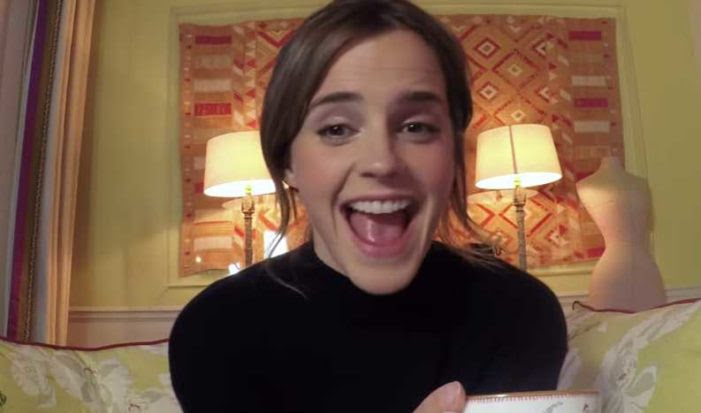