What’s the best way to attract new patients for a vaccine heavily marketed to only girls? Why open up the market to boys of course. The HPV vaccine is possibly the biggest vaccine hoax in the last century being nothing more than a worldwide exercise in profiteering at the expense of children’s health. Another massively flawed study (basically routine for the HPV vaccine) will give Gardasil manufacturer, Merck & Co., the green light to once again create a vaccine awareness campaign on the pretext that it prevents mouth and throat cancers.

How Vaccine Pushers Track Your Children

Posted by John at 8:46 AM Links to this post

COMMON CORE: BILL & MELINDA GATES TRY TO PAINT IT AS POPULAR; JUST A MATTER OF TIME AND EFFORT THEY SAY; OPPOSED BY CONSTITUTIONALISTS?

THE FRUMPY WINDOWS 95 AGED COUPLE WHO THOUGHT THEY HAD IMMORTALITY?
IF THEIR MONEY WON'T ALTER REALITY, PERHAPS SOME BRAINWASHING
ON SOCIALIST PUBLIC TV?
THE RAVAGES OF TIME BEGINNING TO SHOW
INCOHERENT OUTDATED BILL READY FOR NURSING HOME,
FULL DENTURES & BABY FOOD? SHE TAKES OVER FOR HIM! 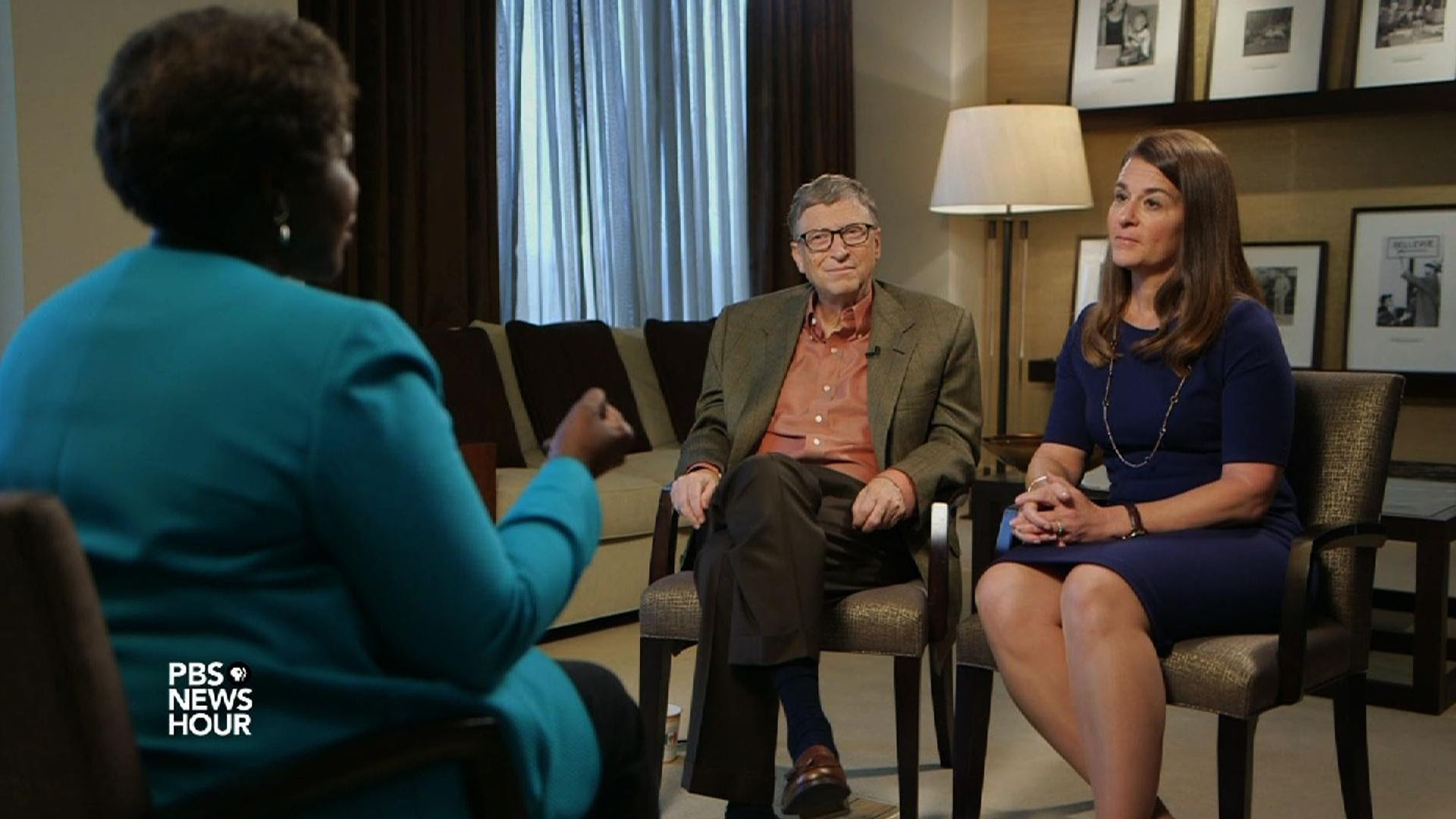 THE GATES UNLOAD A PILE OF TRITE LIES ABOUT COMMON CORE; BLAME REPUBLICAN MISINFORMATION
CLAIM ONLY THE RECALCITRANT, POLITICALLY INCORRECT 1% DISLIKE COMMON CORE
NO MENTION OF THOUSANDS WHO HAVE OPTED OUT OF TESTING AND/OR TEACHERS' UNIONS AND INDIVIDUAL TEACHERS WHO HAVE REFUSED TO TEACH THIS DUMBED DOWN, ONE SHOE FITS ALL, SOCIALIST, ANTI-AMERICAN, FEDERAL GOVERNMENT TAKEOVER OF LOCAL CONTROL.
MELINDA SAYS THE STATES DECIDED TO ADOPT COMMON CORE, BUT CONVENIENTLY LEAVES OUT FEDERAL BRIBERY, COERCION & CONTROL, GATES FOUNDATION INFUSION OF CASH, STUDENT TRACKING, LOSS OF PRIVACY; CLAIMS STATES WHO DROPPED COMMON CORE SIMPLY RE-BRANDED IT UNDER DIFFERENT NAMES, SO THEY STILL LIKE THE CORE PRINCIPLES.
DON'T BE DECEIVED BY THIS MALWARE; TELL THEM TO KEEP THEIR CATHOLIC, SOCIAL JUSTICE, PHILANTHROPIC "GOOD WORKS" & EUGENICS BY VACCINATION

Bill Gates Admits Vaccines Are Used for Human Depopulation
Uploaded on Feb 28, 2010
Next are two short excerpts from a recently filmed TED presentation (Feb 2010) by none other than Bill "Microsoft" Gates.

At the heart of Gates' address lies the central Global Warming dogma, which dictates that Co2 emitted by human beings are the primary culprit for the unwanted heating of the globe. Since this artificial alleged human-induced heating effect allegedly stands to devastate the planet if left unabated, Global Warming dogma proponents therefore argue that human Co2 emissions must be drastically reduced. As Gates casually addresses the issue, he goes on to state that one way to accomplish this goal is to reduce the global human population.

He postulates the central equation, giving an estimation of the humanly emitted C02 load per year, to be:

In the first clip you will hear him state in plain language that he considers VACCINES to be desirable to bring down the future population number P and so reduce Co2. You will also casually hear him promoting HEALTH CARE and REPRODUCTIVE HEALTH SERVICES, to accomplish that same C02 reducing goal.

Here are Bill Gates' verbatim words [square parentheses additions for clarification purposes are mine though]:
"The world today has 6.8 billion people. That's heading up to about nine billion. Now if we do a really great job on new vaccines, health care, reproductive health services, we could lower that [number of 9 billion] by perhaps 10 or 15 percent. But there we see an increase of about 1.3 [billion]."

Let's focus on the vaccines. Gates is stating that he considers vaccines to be useful in contributing to bring the projected population growth of 2.2 billion down to 1.3 billion, roughly one billion. What kind of properties can thus reasonably be deduced that vaccines are to have according to Gates? Well, basically all the properties that impede people to either have children, or successfully rear them. In other words, Gates implicitly advocates the definition of his favorite kind of vaccine to be one that fosters infertility, sterility and (early onset) senility (autism) alike. Note that Gates does not mention a word on the much touted purported intention of vaccines: to offer protection against relevant diseases and therefore as such, precisely prolong life. Given the abundance of toxins in vaccines (see my blog for some links of simply Google "toxin ingredient vaccine"), the position that vaccines contribute to decrease mortality rates, is kind of hard to maintain.

So Gates proves to be quite the humanitarian there huh?

In the second excerpt you hear Gates explain what he considers to be the single most important thing that he would choose to see become a reality in the future time span of 50 years. He again confirms his "love" for the vaccine.

Bill Gates, " Vaccinate to Depopulate":
His Logic Explained
Uploaded on Mar 2, 2010
TrutherGirls T-Shirts: http://thetruthergirls.spreadshirt.com/
Bill Gates recently went on record at a TED conference declaring that his foundation's vaccine programs' goals were to reduce the poulation. This has led a lot of people to jump to the conclusion that he was saying his vaccines affect fertility. However, if you look at previous interviews on teh subject, you will see that it's not tat simple and that there is a lot of twisted logic involved. Bottom line: Gates is an admitted depopulationist. Would you trust his intentions when it comes to people's health?
Prison Planet article on Gates, vaccines and depopulation with TED video embedded
"The world today has 6.8 billion people. That's heading up to about nine billion. Now if we do a really great job on new vaccines, health care, reproductive health services, we could lower that by perhaps 10 or 15 percent!" [About 1 Billion People!]- Bill Gates
http://www.prisonplanet.com/bill-gate...

Transcript of 2008 CNN interview with Gates where he explains how vaccine slower birth rate by lowering child mortality rate.
http://transcripts.cnn.com/TRANSCRIPT...

Bill and Melinda Gates foundation: emphasis on vaccines
We invest heavily in vaccines across our portfolio in the hope that one day they can be used to prevent HIV, malaria and TB; wipe out polio; and help save children from dying of diarrhea and pneumonia.
http://www.gatesfoundation.org/global...

Posted by John at 7:35 AM Links to this post 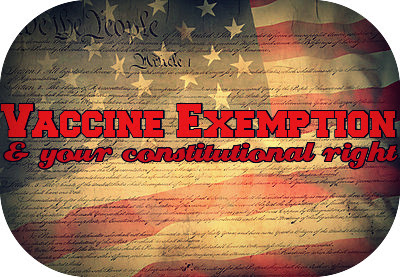 BY JAY SYRMOPOULOS | INFOWARS.COM
SEE: http://www.infowars.com/supreme-court-says-mandatory-vaccinations-dont-violate-childrens-constitutional-rights/;
Posted by John at 7:06 AM Links to this post