FROM WIKIPEDIA:
https://en.wikipedia.org/wiki/Ilyse_Hogue
Prior to her work for NARAL, Hogue worked for MoveOn.org, Greenpeace, Rainforest Action Network, Media Matters for America, and the Friends of Democracy super PAC, a campaign-finance reform group founded by Jonathan Soros.
ACTIVIST PROCLAIMS HER ABORTION AT DNC: ABORTION GIVES WOMEN "POWER OVER OWN DESTINY"
BY HEATHER CLARK
SEE: http://christiannews.net/2016/07/28/activist-proclaims-her-abortion-at-dnc-abortion-gives-women-power-over-own-destiny/;
Posted by John at 1:24 PM Links to this post

http://americansfortruth.com/2016/07/25/trumps-lgbtq-friendly-gop-elevates-homosexual-businessman-peter-thiel-media-hype-for-gay-republicans-overshadows-conservative-platform/; republished below in full unedited for informational, educational, and research purposes: “Fake” Culture Wars? Donald Trump gave homosexual (activist) Republican and PayPal founder Peter Thiel a prime-time slot to address the Republican convention–and he used it to belittle the “culture wars” and pro-family campaigns against “transgender rights,” i.e., laws allowing men wearing dresses to use female restrooms. AFTAH does not cower to political correctness: we tell the truth: that God makes no special dispensation for Republican homosexuality as opposed to the Democrat variety.
By Peter LaBarbera, AFTAH Special Report, Part One
Quick Summary [see videos at bottom]: 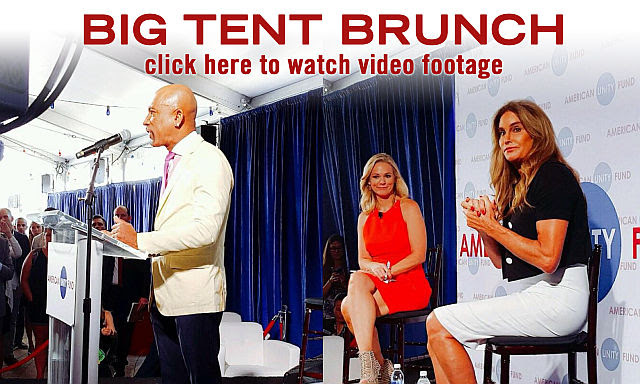 The Donald’s Social Liberalism: New York Times headline for April 22, 2016 story by reporter Maggie Haberman reports on Trump’s pro-“gay” attitudes. Because most media agree with homosexuality, there was very little coverage in the GOP primary highlighting Trump’s record on homosexualism. Although Ted Cruz used code to mock Trump’s “New York values,” Trump’s past backing of radical, federal “gay civil rights” legislation in 2000 never came up during the campaign. Cruz did make an issue of Trump supporting “transgender” men (men dressed as women) using women’s public restrooms.
My mind is swirling with images from the Republican Party National Convention last week in Cleveland and the media’s skewed coverage of it. Here are some of my observations: 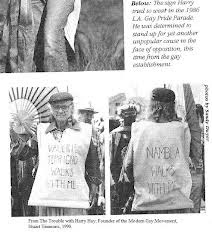 The “Gay” Agenda’s Radical Roots: One-time Communist and “Radical Faeries” founderHarry Hay first envisioned the notion of “homosexuals” comprising a “minority” as a means of winning acceptance and building power. Here Hay is shown defending the right of the notorious pederasty group NAMBLA (North American Man/Boy Love Association) to march in the 1986 Los Angeles “gay pride” parade. Now pro-homosexual advocates in the GOP are pushing the line of Hay and other “gay” activist ideologues positing homosexuality as a “civil right.” The Cultural Threat Is Real: Perhaps as a homosexual man Peter Thiel does not understand it, but most women do not want men wearing dresses to occupy a restroom or locker room with them or their daughters. See this story on the arrest of a “transgender” man dressed as a woman who secretly videotaped a woman getting dressed in a women’s changing room in an Idaho Target store. The gender-confused fellow above was attending at the recent “International Mr. Leather” homosexual perversion-fest held every year in Chicago. Young, Appealing, Sexually Confused, and a Paid Emissary for “Gay Conservatives” at Fox News: Guy Benson, a Fox News Contributor and the political editor of Townhall.com, appearing on Megyn Kelly’s Fox News show last year, in which he declared, “I’m gay.” Kelly was obviously supportive of Benson’s sexual declaration, in a protective sort of way. She and other on-air personalities at Fox, like Dana Perino, are increasingly vocal in their LGBT-affirming advocacy. On the final night of the Republican convention in Cleveland, Kelly brought on Benson to analyze Peter Thiel’s “I’m proud to be gay” speech. [see interview below]. No social conservative was invited on to defend the historic, Judeo-Christian viewpoint that homosexual practice is immoral and unnatural. Pray for Benson, that he would find Truth, repent of his homosexuality and be transformed through Christ, like former “gay” Frank Worthen.
_______________________________________ 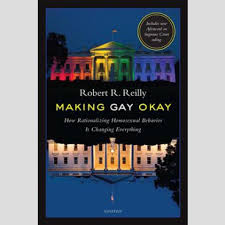 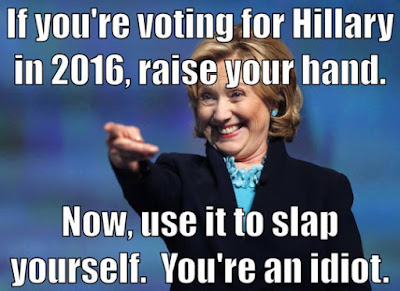 BY ADAN SALAZAR
SEE: http://www.infowars.com/video-hillary-delegate-admits-goal-behind-common-sense-gun-measures-is-outright-gun-ban/; republished below in full unedited for informational, educational, and research purposes:
(THIS VIDEO INCLUDES FULL UNDERCOVER FILMING
OF MARY BAYER, DELEGATE)
Editor’s note: This is a Project Veritas exclusive in association with Infowars. James O’Keefe appeared on the Alex Jones Show on July 25 to discuss the story. Listen/watch here. Check out Project Veritas here.
UPDATE: James O’Keefe confronted Mary Bayer, the Hillary delegate featured in the video, who denied saying she wanted to “ban guns.”

Original article continues below…
If your goal is an outright gun ban, you need to use terms such as “common sense gun legislation” to fool the public, a Hillary Clinton campaign delegate admitted in a recent undercover sting video released exclusively to Infowars.
“Saying you want to ban guns altogether, that’s going to piss everybody off,” the Clinton alternate delegate, Mary Bayer, told a Project Veritas reporter.
Instead, Bayer revealed, Democrats use “moderate” language when it comes to guns to obscure their true purpose, a complete elimination of the Second Amendment.
“You have to take that sort of moderate… ‘We just wanna have common sense legislation so our children are safe!’” Bayer told the reporter, adding, “You say shit like that, and then people will buy into it.”
Bayer also admitted Hillary “for sure” would support banning guns, and said the only way to actualize that goal would be to “get Democrats in office.”
The delegate’s admission is particularly concerning given the fact that Clinton campaigns on the promise of enacting “common sense approaches” to gun control if elected president in November.

Bayer’s revelations of a potential gun ban are also reminiscent of sentiments made public in 2014 by Poughkeepsie Mayor John Tkazyik, once a member of former New York City Mayor Michael Bloomberg’s “Mayors Against Illegal Guns,” who warned that the billionaire’s anti-gun group – largely comprised of Democrat mayors and which advocated “common sense gun laws” – was a cover for gun confiscation.
“Under the guise of helping mayors facing a crime and drug epidemic, MAIG intended to promote confiscation of guns from law-abiding citizens,”Tkazyik penned in an op-ed for the Poughkeepsie Journal, confirming what many already suspected about the group.
The latest damning sting video follows another Project Veritas effort in which reporters posing as the group “Citizens Against Senseless Violence” asked anti-gun politicians if they would display signs on their front lawns declaring their homes “Gun free zones.”
Unsurprisingly, none of the politicians wanted the sign displayed at their homes.
Project Veritas founder James O’Keefe says his organization will also be seeking additional support for his anti-gun effort from delegates at the Democrat National Convention this week in Philadelphia.
WATCH: James O’Keefe talks to Infowars’ Rob Dew about his confrontation with delegate Mary Bayer. (SEE VIDEO ABOVE).
Also, WATCH Alex Jones’ interview with James O’Keefe live from the Democratic National Convention breaking down his organization’s latest sting. (SEE VIDEO ABOVE).

FRANKFORT, Ky. — A Kentucky woman has filed a lawsuit against county clerk Kim Davis after she was denied a license to “marry” an animal.
According to local television station WDRB-TV, Elizabeth Ording, 27, is additionally suing Gov. Matt Bevin and Attorney General Andy Beshear over the matter.
She asserted that a “marriage to an animal wouldn’t be that different than same-sex marriage,” the outlet writes. “Ording says the county attorney told her she could have a wedding, but the state wouldn’t recognize the marriage.”
The case, Ording v. Davis, et al, is docketed online and has been assigned to Judge Henry Wilhoit in the Eastern District Court of Kentucky.
Earlier this month, Mark “Chris” Sevier of Vanderbilt Law School filed a suit against Davis for being denied a license to “marry” his laptop computer. He has filed similar suits in Texas and Florida in an effort to show that same-sex nuptials is just as legitimate as tying the knot with an object.
“This lawsuit is frivolous,” Mat Staver, founder and chairman of Liberty Counsel, said in a statement. “There is obviously no right for a man to marry a machine. When you make gender irrelevant to a gender-based relationship you open Pandora’s box and make a mockery out of marriage.”
As previously reported, Davis had been in national headlines last year after she declined to issue same-sex “marriage” licenses as long as her name was on the documents. Davis, who attends a Oneness Apostolic Pentecostal assembly, said that she would do so if her name was removed from the licenses.
Her refusal soon went to court via a lawsuit led by the American Civil Liberties Union (ACLU), and in September, U.S. District Judge David Bunning ordered that Davis issue the licenses despite her religious identity. As she continued to refuse to issue the licenses without the accommodation, Bunning ordered that Davis be placed behind bars until she was willing to comply. In the meantime, the judge arranged for a deputy clerk to sign the licenses in her absence.
Davis was released from the Carter County Jail five days later after her attorneys filed an appeal of the contempt order, and also because Bunning was satisfied that her deputy clerks were providing the licenses instead. He stipulated her release on the condition that she not interfere with her deputies.
By the end of the year, new Kentucky Gov. Matt Bevin issued an executive order for the Department for Libraries and Archives to release new licenses that do not cite the county or the name of the county clerk. Months later, the state legislature passed a law altering the licenses similar to Bevin’s order.
Davis consequently discontinued her legal proceedings as her request for accommodation was considered to be accomplished.
Posted by John at 10:52 AM Links to this post